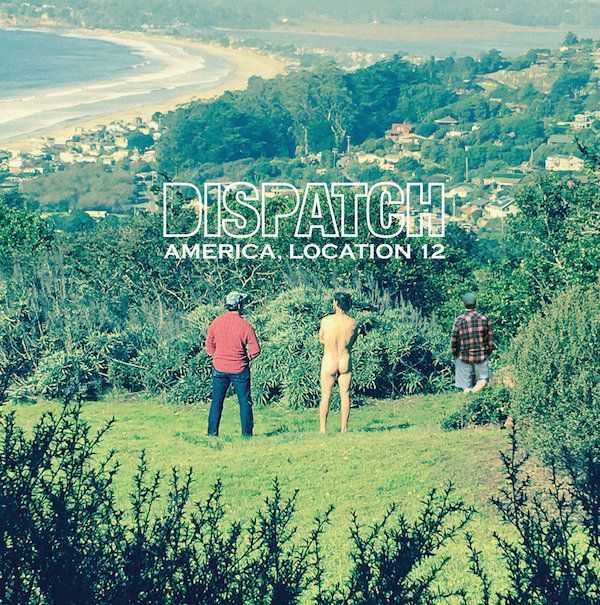 After more than two decades in the music industry, American indie band Dispatch continues to share acoustic pop and folk-rock releases. Their sixth album, America, Location 12, which came out in 2017, is a comforting and homey compilation of songs reminiscent of a breezy mountainside trip.

The second album since the group’s reunion in 2012, America, Location 12 led Dispatch into new territory. Free of any reggae or hard-rock elements the band experimented with in their former works, this album is full of surprises. It is both light and layered as well as homey and exciting.

America, Location 12 opens with the bold guitar riff of “Be Gone,” a dynamic, hymn-like track. While the verses are somber and quiet, the instrumental breaks bring the chorus to a catchy tempo to reel the listener in before the calming, emotional songs that follow.

“Painted Yellow Lines” is an ideal road anthem filled with mellow chords and a country-like tambourine. Its lyrics recall the simplicities of childhood, singing “Once I was a little boy, staring at my shoes / You came along and found me in the chicken coop / But time takes over, I can’t say when / Time takes over, may we do it again.”

A strong contrast, “Skin the Rabbit” taps into Dispatch’s rock days with a deep electric riff kicking off the track. Dispatch manages to skillfully find a midpoint between its rock history and the grassroots feeling of the rest of the album to give us the most memorable song from America, Location 12.

Meanwhile, “Begin Again” is an uplifting song about the possibilities of getting back up after being knocked down. “You can begin again / Honey you can begin again” the song repeats, before breaking out into a choir of whistles and, eventually, a few trumpets. “Begin Again” tells a story all by itself: at the beginning, the song is weak and vulnerable as it tries to find a starting point. But by the end of the three-minutes, the track flows with confidence and certainty.

“Windylike” and “Ghosttown” continue the soft and soothing pattern of the release before concluding the album with “Atticus Cobain.” A melancholy piece about reflecting with a friend, “Atticus Cobain” brings out new electric instruments for that classic rock twinge.

Sure, some of the gritty parts of the album might be fitting for an off-road soundtrack, but they don’t overpower the overall scenic, worry-free atmosphere. A well-created and well-rounded release from an experienced group of musicians, America, Location 12 is a truly unique album that serves as a refreshing step back from the artificial troubles of everyday life.