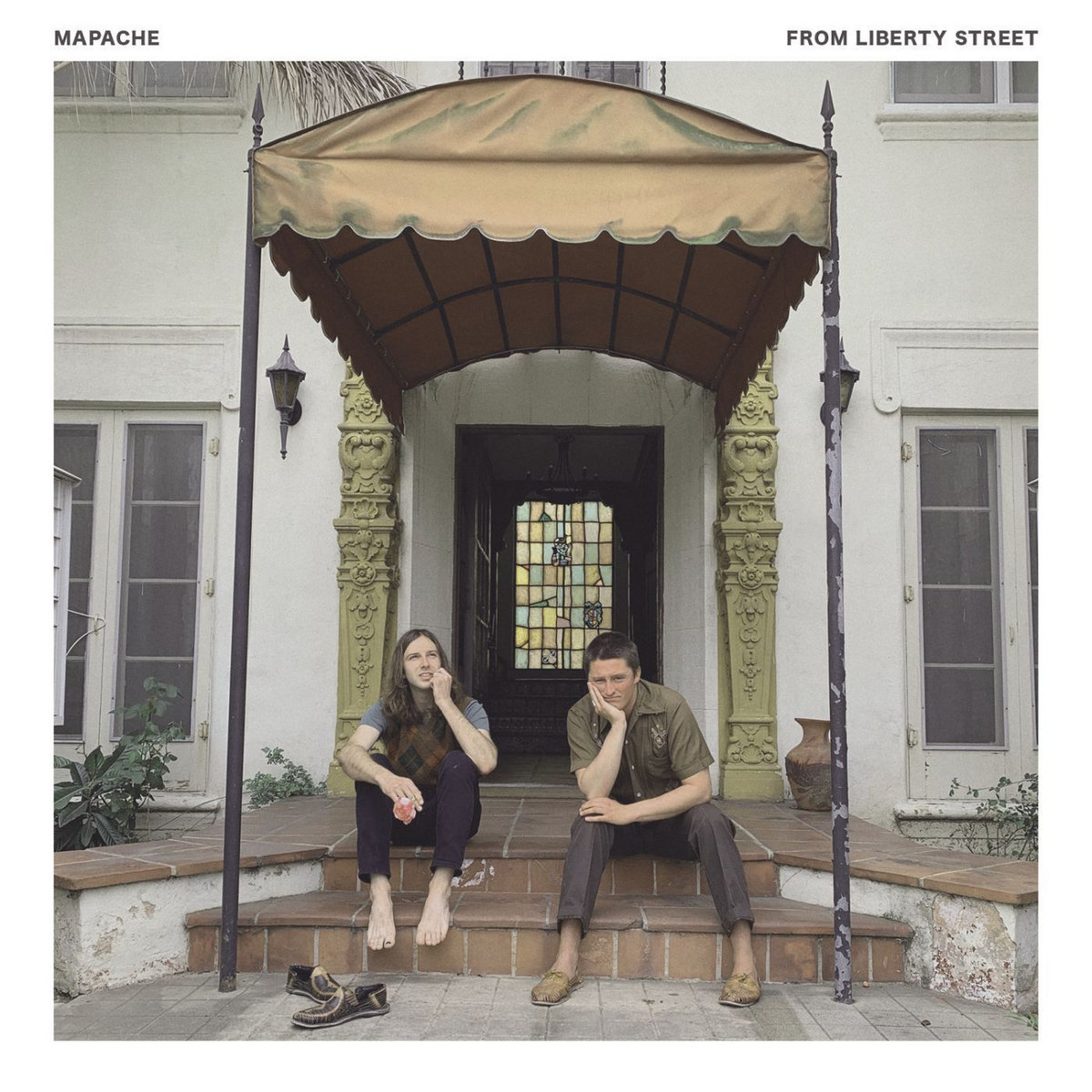 Inspired and named after the place where it all started, Mapache’s sophomore album From Liberty Street released March 20, 2020. Duo Sam Blasucci and Clay Finch mix heartfelt and harmonic acoustics with folk vocals to produce a familiar yet novel sound. Recorded in the neighborhood they grew up, with the friends they grew up with, this album has an at-home feel that is perfect for a long drive down the coast or for circling up around a campfire. Produced by Dan Horne, a longtime collaborator, this album captures the unique essence of Mapache, mixing traditional folk with a carefree Western sound that is both nostalgic and refreshing.

Mapache starts From Liberty Street right where they left off in their freshman album, Mapache, with a slow-grooving country-folk song, “Life on Fire.” A song with an energetic, plucking guitar line, “Life on Fire” is reminiscent of a night of live music at a California tavern. Possibly indicative of the comfortable circumstances in which it was recorded, “Life on Fire” has a free-flowing and conversational harmony between dual guitars, allowing the creativity and the familiarity of Blasucci and Finch to imbibe a sense of creative freeform in the opener. This is an essence in From Liberty Street that persists from beginning to end and keeps the listener bobbing their head.

Mapache seems to be a harbinger of a new mixture of country sounds, combining Mexican folk, Bakersfield twang and campfire blues in a perfect musical snapshot of long-time friends, hometown comfort and cultural threads. “Me Voy Pa’l Pueblo” exemplifies this perfectly, its simple instrumentation and evocative Spanish vocals blurring the lines between retro and modern. This song is a reminder of Mapache’s homespun roots and California origins, featuring charming heritage in its Bolero whistles and town square feel. This is in contrast to “Steal Away and Pray,” a slower, introspective tune with a strong country folk sound. “Steal Away and Pray” is the final song in the album, a final note of letting the winds of fate take what it will. This song features a simpler, rhythmic guitar line and a tone of finality that feels very appropriate as we say goodbye to Liberty Street.

From Liberty Street has an availability and a warmth that stems from the close chemistry and charm of Sam Blasucci and Clay Finch. Whether it be the reflective and free flowing “Liberty Street Blues” or the lovestruck “Me Da Muerte,” Mapache combines light harmony with earnest lyrics in a way that elicits an image of a comfortable place, a guitar, and a group of friends. This is an album with genuine character and a tranquility that can’t help but feel a bit like home.