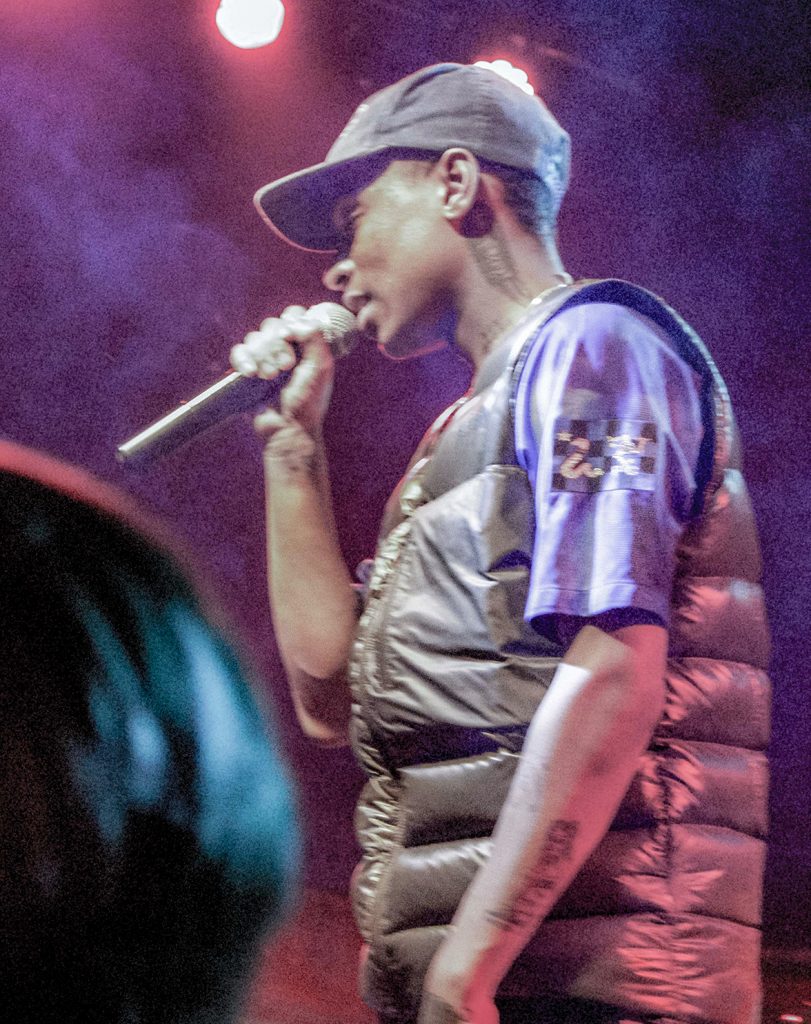 Writeup by Slade Warnken
Photos by Lizzie Zhang
May 9, 2018

Two sets of lights flash from red to blue sending shadows flying across the sold out Rejjie Snow concert at Schubas Tavern, catching the smoke from the not so subtle blunt which started in the crowd and had now found its way on stage to Snow in their beams. The audience listened as the the ethereal voice of Dana Williams played over the speakers in the background of the song “Room 27”. Originally born in Ireland, Snow recently moved to New York to further pursue his dreams of music: something you would never guess from listening to Snow’s laid back West Coast sound with synths that evoke the likes of Pharrell and Tyler the Creator. Snow first came to the U.S. on a scholarship to play soccer at a Florida boarding school and has now found his passion not in sports, but in his music. While he may have found a home in his sound, standing on stage there was a sense that the easily distracted unmoving mass of people in Schubas made Snow feel more uncomfortable than homely. 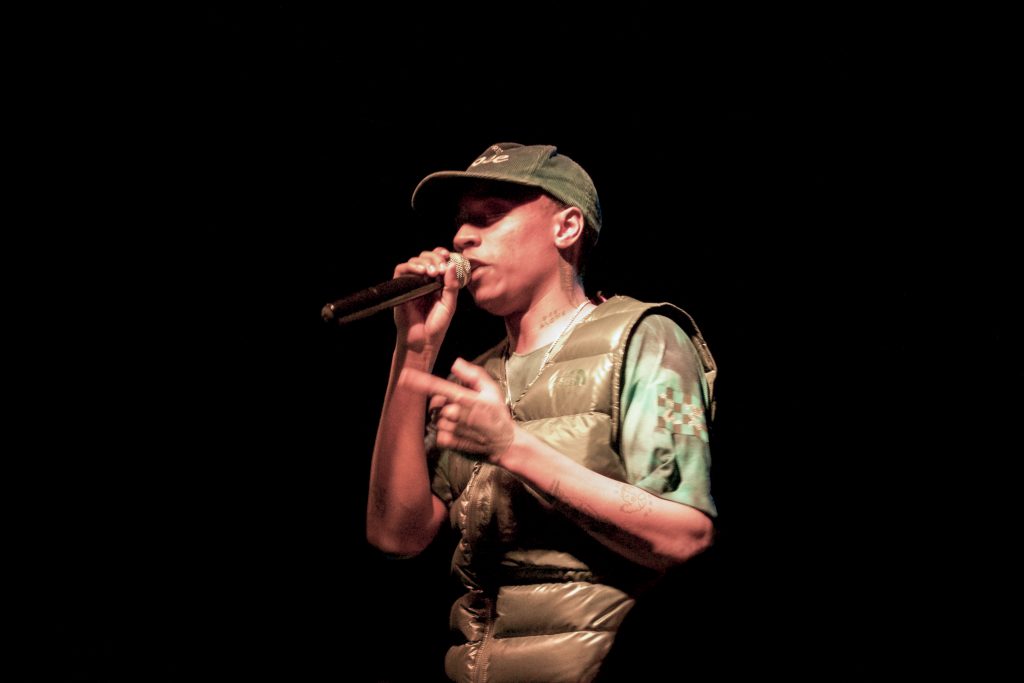 Snow struggled at times to find his place in the shifting environment. Standing to the right, I watched as Snow would turn to his DJ only to signal him with a cut to his throat to stop the beat half way through. Performing mostly songs from his brand new, feature-packed LP Dear Annie, he was forced to stand quietly while he traded the mic back and forth with the likes of Amine and Caroline Smith. With only his DJ accompanying him on stage, moments like the guitar solo at the end of “Sunny California” (a track off of Rejjie Snow’s 2017 project The Moon and You) fell flat. Watching Snow perform his second air guitar solo of the night I couldn’t help but wish there was an actual guitar in his hands–or at least in somebody’s. With songs that are as much about their lucious N.E.R.D. inspired instrumentation as they were about Snow’s crisp vocals,the band’s presence was both felt and missed.
Yet Snow wasn’t simply going to let the concert remain void of the energy he was craving. As “Room 27” continued to play over the speakers Rejjie Stood quiet looking out into the audience.This time with a blunt in his hand, inhaling and exhaling, suddenly it felt like Rejjie Snow found solid ground and took off. Moving with more confidence, his voice cut through the room just a little bit more and struck to the bone of the audience. A crowd that seemed frozen in place just a moment was now enjoying their contact high and starting to dance. Moving into more up beat songs such as “LMFAO,” Snow proved that his polished sound was not simply a fluke, but the product of a lifetime of dedication and genuine love for music. 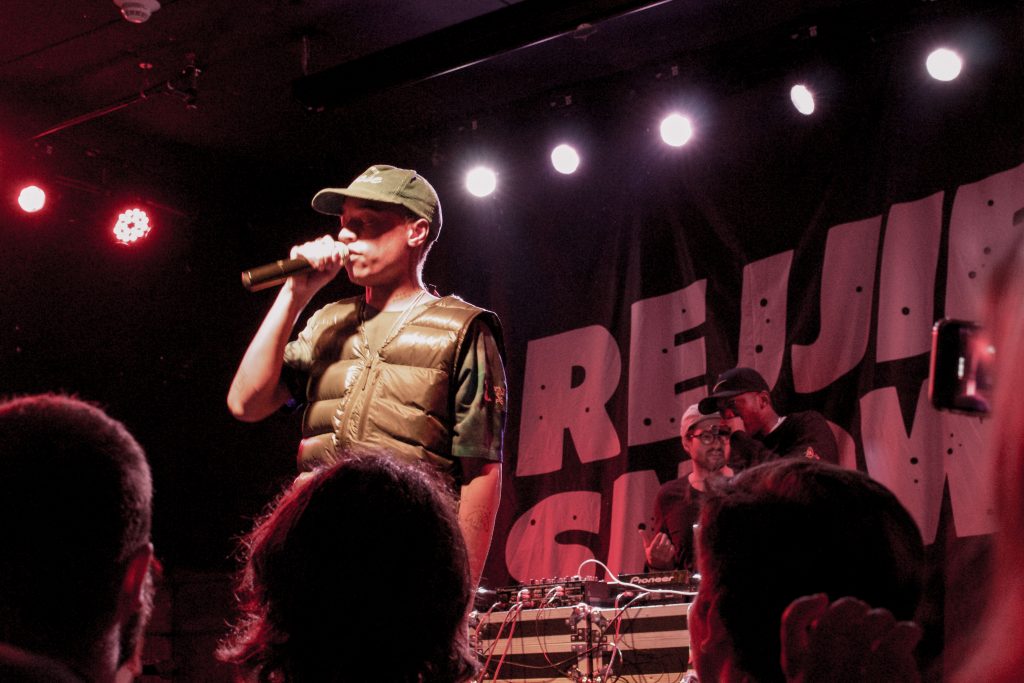 Finally the nervous MC from Ireland started to ooze the charisma that seemed so prevalent on his album. Committed to finishing the night off strong, Snow’s newfound energy filled in the gaps left by the missing band and feature artists. The lights still flashed in and out with the beat, and if you paid attention you could catch Snow smiling. Beaming and gentle, it further emphasized how deep Snow’s love for music goes. Even if it sometimes takes a blunt from a stranger to bring it to the surface.