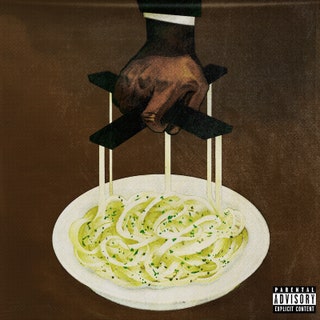 After his highly praised release of Bandana in 2019, Gibbs partners with the Alchemist, who has been producing as Eminem’s DJ most recently. Alfredo, which likely received its name from a combination between [Al]chemist and [Fred]die, features notable hip-hop stars Tyler, The Creator, Rick Ross, The Butcher, and Conway the Machine.

While, unlike Kendrick or J. Cole, his strengths don’t lie in storytelling, Gibbs chooses to approach Alfredo in his typical fashion: incorporating cold-blooded cocaine raps with brilliant one-liners, gripping cultural references, and masterful rhyme schemes. Gibbs begins his album with “1985,” a reference to ESPN’s latest 10-episode documentary of the Chicago Bulls’ dynasty. Returning with his usual swagger, the chorus “Michael Jordan, 1985, bitch, I travel with a cocaine circus” fits the psychedelic guitar loops and soft drums to perfection.

In the song “Scottie Beam,” Freddie’s rhymes are as relevant as ever: “the revolution is the genocide / my execution might be televised” brings a stark reminder of the recent filmed deaths of innocent black men like Ahmed Arbery and George Floyd, murders which sparked outrage among advocates all over the world. Immediately following that verse, Gibbs hits us with another basketball reference, “Don’t cross me like Isiah, that shit be ill-advised,” which could be a nod towards Hall of Famer Isiah Thomas and his feud with Magic Johnson after Isiah spread false rumors about Magic’s sexuality. At closer inspection, however, Gibbs could also be subtly referencing suspicions that TDE rapper Isaiah Rashad stole his artwork for Smile from Gibbs’s 10 Times. Moreover, the real genius behind this verse stems from its potential triple entendre, as it could also allude to the biblical prophet Isaiah and his struggles with a cross, representing the Christian God.

As expected, The Alchemist brings his A-game with every song on the track, complementing Gibbs’s hard-hitting raps with smooth, yet robust beats that keep us focused on Freddie’s flow. Perhaps the only failure lies in the final track, “All Glass,” where Al’s organ-like production seems to overwhelm Freddie’s incredibly polished rhyme schemes.

The features don’t disappoint either, with Rick Ross seamlessly following Gibbs on “Scottie Beam,” reflecting on the reality of mortality — which feels especially fitting with the recent deaths of Kobe Bryant and the coronavirus pandemic. Conway the Machine, in “Babies & Fools,” shares his deepest regrets, promising to be more involved in the lives of his kids after his absence during their childhood. Perhaps the most remarkable cameo goes to Tyler, The Creator in “Something to Rap About,” as he rants about his growth from his second studio album Goblin — which he described as “horrible” in an interview with GQ — to the businessman and fashion icon that he feels he is becoming. Although much of the verse is spent describing his recently attained wealth and success, Tyler highlights his increasing fear of complacency, feeling betrayed by the people around him who only tell him “good job.”

Like Bandana, Alfredo might not be ideal for charts or streaming numbers, yet the album serves as another masterful exhibition of Gibbs’s effortless flow over some irresistibly smooth beats.