Apollo, born Omar Apolonio Velasco, 23, grew up in Hobart, IN. His parents, from Guadalajara, Mexico, influenced his musical style greatly as Apollo was a fan of their favorite Mexican artists. He sang in his church choir and was given his first guitar at the age of twelve and was mostly self-taught. Apollo launched his career when his song “Ugotme” was featured on an up-and-coming Spotify playlist, crossing 15 million streams in total.

The first track, “I’m Amazing,” begins with modulated piano then quickly segues to a much more assertive, punchy beat. Unlike his last album, Apolonio opens with a song more focused on empowerment than pain. However, there are moments where the track mellows and he brings in the sentiment of  longing and nostalgia, like when he says “I used to drink so much now I tap out.” Overall, he defines a polished, trap-like aesthetic for the album, with a healthy bit of ambivalence that leaves you wondering where exactly he will take the rest of Apolonio. It is not entirely unforgettable, but a primer for what’s to come.

As the next song, “Kamikaze,” kicks in, it immediately ushers in a more groovy vibe with background vocals and lead guitar defining the song’s guiding melodic motifs. Like the first track, the song dives into Apollo’s memories but emanates confidence and departure from his pains. The catchy melody, driving but not too tense beat and easy-to-sing-along lyrics make “Kamikaze” a standout on the album and possibly one of Apollo’s best songs to date. His ability to develop a multitude of overlapping sounds makes it hard not to be drawn to the track. 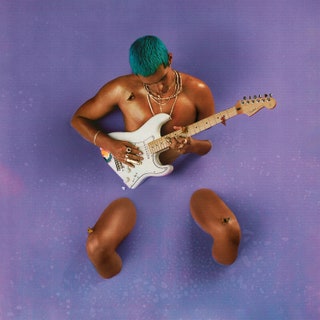 Following “Kamikaze” is “Want U Around” ft. Ruel – a more subtle, relaxed, bedroom pop-like song than the previous two. Apollo sings at the top of his range, and his breathy vocals introduce a genre he has not yet explored in this album to this extent – soul. Though the lyrics themselves – “Baby I  want you around” – strongly suggest that Apollo is making his heartbreak the central theme of the album, the catchy triple-beat and Apollo’s ad libs make this anything but a simple sad song. With that being said, it lives somewhat in the shadow of “Kamikaze” in terms of quality, lacking the catchy lyrics and inviting melodies that make “Kamikaze” so appealing. However, it offers a glimpse into how Apollo is producing diverse music to appeal to multiple audiences.

“Stayback” is next on the list. Like the song before, it utilizes background vocals to create a unique vibe, but the funky synth and Gus Dapperton-esque vocals make for an engaging, pleasant listen. At this point in the album, the lyrics grow  more empowered –Apollo’s  emotions evolve throughout the album – and the music matches the change as well with a more suave, sauntering vibe. “Stayback” demonstrates more of the qualities than “Want U Around” that make Apollo unique, but it lacks his signature ability to float between perfect tension and release like “Kamikaze.”

After “Stayback” is “Hey Boy” ft. Kali Uchis. The muted background music draws attention to Apollo’s vocals, most of which consist of him saying “Hey boy,” though interrupted by a new voice: Kali Uchis. Uchis is presumably the girl he has been singing about since the album started, calling into question if this is a “what could have been” scenario. The track is much shorter than the ones before (at 1:42), which makes it feel like an interlude as the album enters its second half. It brings about a notable style change, trading Apollo’s developed lyrics for a call-and-response scenario. Considering how tame it is compared to the rest of the album, it is slightly unremarkable.

Then comes “Dos Uno Nueve (219),” which opens with Mexican-style guitar and Spanish lyrics. The song evokes the sounds of artists Apollo looked up to in his youth, Pedro Infante and Los Panchos, also his parents’ favorite musicians. A complete 180 from his previous songs, “Dos Uno Nueve” layers his signature background vocals, giving the song a unique style while paying homage to his Mexican roots. Apollo mentions 219, a reference to Indiana, a few times in the song.  It’s a walk through Apollo’s rise to fame. Gone are any sad sentiments, as “Dos Uno Nueve (219)” is a slap in the face to Apollo’s naysayers.

The last track seems to be a temporary break from the themes of Apolonio as “Useless” brings in an indie-rock vibe with distinctly new guitar. Apollo reverts to  Apolonio’s central core of loss and reflection, suggesting that he’s “been foolish” and that whoever he is singing about is “stuck in [his] mind.” Though the lead vocals are modulated with a radio-like, phonographic quality, it is still an Omar Apollo song at heart.

“Bi Fren” is a retreat back into Apollo’s signature style: rap with hints of R&B and unique, punchy vocals accented with powerful dissonance. Memories with fondness are juxtaposed with a sentiment of departure and independence from his past. As Apollo’s  album comes to a close, “Bi Fren” feels like a safe retreat, focusing on the meaning rather than the music. While “Bi Fren” is not unenjoyable, songs like “Kamikaze” and “Stayback” offer more of what makes Apolonio so strong.

Last is “The Two of Us,” bringing in more indie vibes, with vintage style vocals laid over more modern-sounding lead guitar and synths. This creates a nice combination, with a hint of reminiscence as Apollo closes out the album. It offers a more hopeful glimpse into his life, as he references another love interest when he says, “I know that you can feel the two of us.” The song is not as flashy or outgoing as his other songs, but it wraps up the album in a nice bow, giving a sense of levity without overbearing the audience with his message.

Overall, Apolonio is a diverse album, fixated on the feelings of love and loss as one begins to recover. Despite the poignant, somber nature of the lyrics, the music is uplifting and palatable to a variety of listeners, making Apolonio a good album for any mood. Though he may get sidetracked from time to time within the album, Apollo’s signature style pervades every genre he chooses to touch upon; Apolonio has something for everybody. Not only does it prove that Omar Apollo is adept with experimentation and creating dynamic listening experiences with a signature touch, it cements one item in particular: as far as artists go, throughout the digital, garage band revolution, Omar Apollo is here to stay.