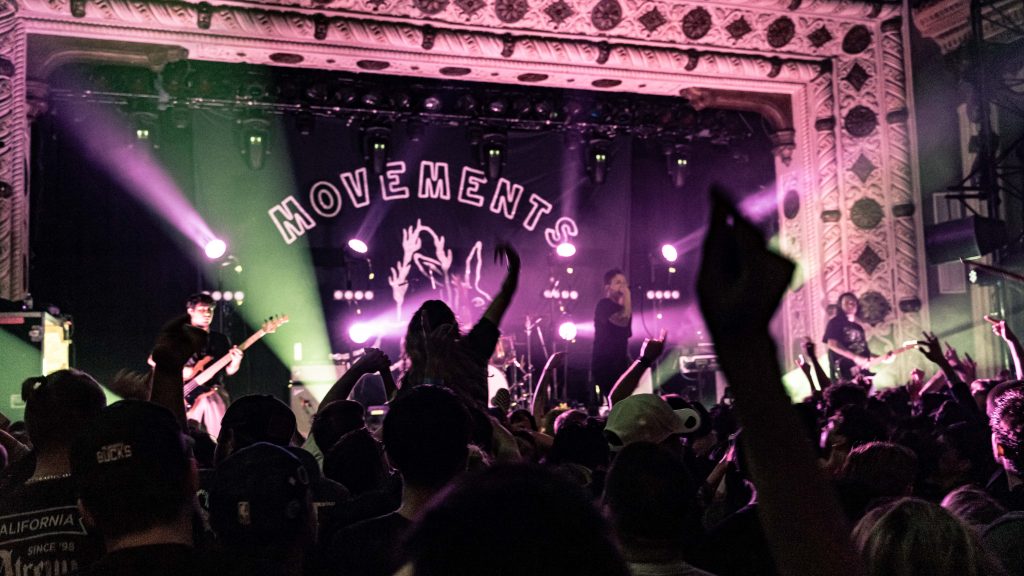 Less than 24 hours had passed since leaving Metro (read my Black Pistol Fire review here) when I found myself back for more. Riot Fest sponsored a nationwide tour of four up-and-comers in what I would call the post-hardcore/post-punk movement. Catch the unofficial tour playlist here.

First to take the stage was Drug Church, at the ripe hour of 6:30 pm. Drug Church is a punk band hailing from Albany, NY with a virile, grunge infused sound. They thanked everyone for coming out early and paid respect to Chicago’s rich musical history before starting their action packed 30-minute set. They weren’t allowing photographers in the pit for this show, so my photos are a bit more distanced than I usually prefer, but oh well.

The show sold out, and nearly everyone was punctual. 1100 warm bodies were crammed into the small venue, not leaving much breathing room, but no one seemed to mind. Drug Church set the pace for the rest of the evening, earning a few crowd surfers and some light moshing. Lead singer Patrick Kindlon fielded a request for a deep-cut, replying “There’s over a thousand people here, but I’m gonna please you, sir, because you seem enthusiastic and I exist for that shit!” The crowd went nuts. 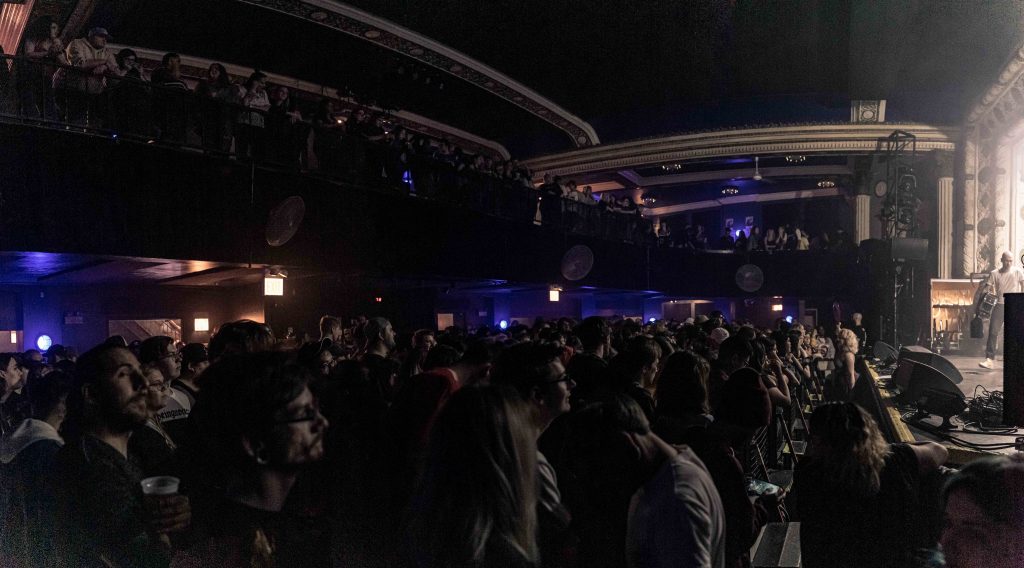 Next up was Trash Boat, a UK based post-hardcore band, who played punky and fast. They too gave a rambunctious performance, making full use of the stage. The pit saw a few more people go up, and the security guards had to rush around to push the crowd surfers back and toss out much-needed water bottles.

Trash Boat’s Tobi Duncan provided some intense power vocals, planting his foot on a monitor and letting her rip. The crowd seemed to know more of Trash Boat’s lyrics than those of Drug Church and seemed happy to wail along.

Boston Manor, the self-proclaimed best UK band on the tour, came out next, and matched and exceeded the previous group’s energy with ease. These guys somehow started a circular, or ovular, rather, most pit. In Metro. Crazy. Definitely not a big enough pit for that shit, but they happened upon a willing crowd and made it happen. It was a thing of beauty.

Boston Manor produced the most surfers of all four bands when the pit finally congealed back into a more static formation. Metro effectively became an emo Santa Cruz, as if Santa Cruz wasn’t emo enough already. These guys were probably my favorite performers of the night. Their show was wild, and I would highly recommend catching them live if the opportunity should ever arise. I saw them at Warped Tour in Nashville a few years back, and my how they’ve grown. They’ve garnered swagger and confidence over the past few years of touring and have really made a name for themselves.

Around 9pm, the headliners finally took the stage. Movements, a California based post-hardcore four-piece, gave the most subdued show of the evening. The crowd went the craziest for Movements, but I felt it was unearned.

Their show was tame compared to each of their openers… But they have the most Spotify hits of all of the groups and are one of the “biggest bands” on the Hot Topic circuit nowadays, so it stands to reason that the pink and green haired crowd would know all the hits.

That being said, each band that played showed up to show out. They left it all on stage and concluded the Riot Fest tour with a bang. If you missed it, I wouldn’t worry too much. Since the tragic demise of Warped Tour and the House of Vans in Chicago being closed for renovations, other powers that be in the subculture umbrella-genre have stepped up to the plate in a big way. They’ll be back around.