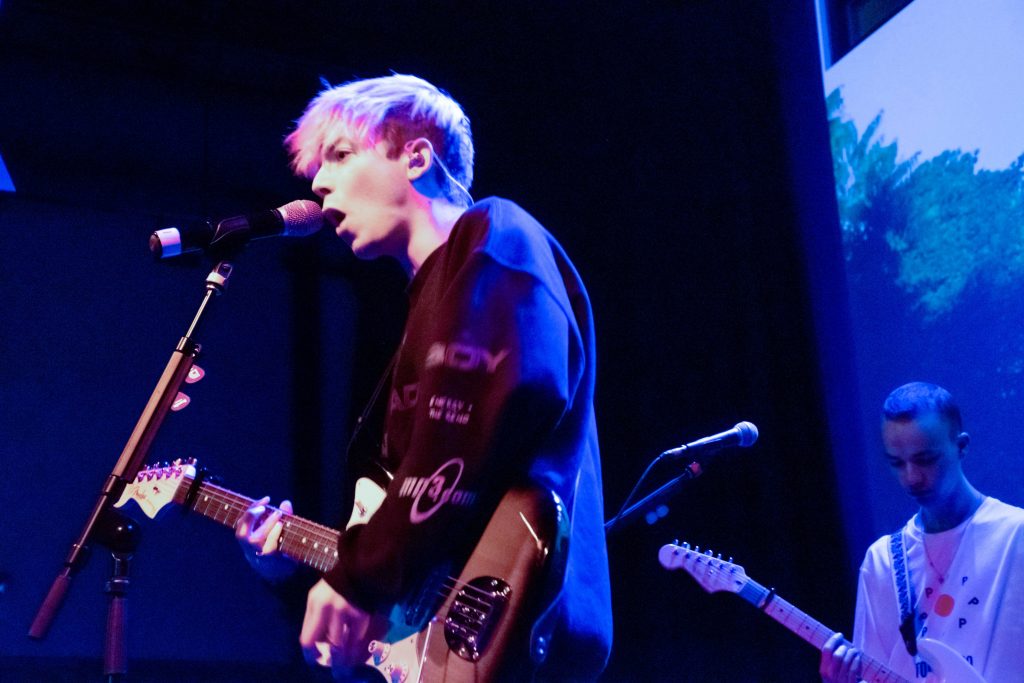 The third stop on Roy Blair’s first tour brought him to Wicker Park’s Chop Shop on Saturday night. The performance space in back of the restaurant filled with eager high school-aged kids, singing along to “Complicated” by Avril Lavigne and “Love It If We Made It” off of The 1975’s new album. 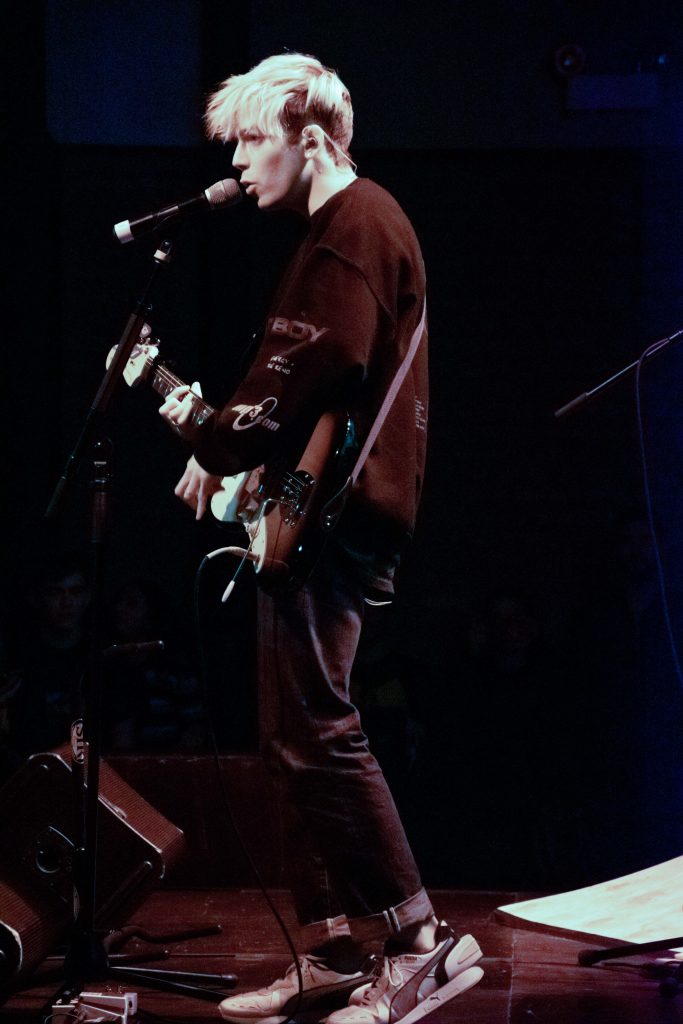 That being said, they ate up the teenage dream served by opener Jack Larsen, a native of Chicago. Swinging around a bottle of white wine and commenting on how beautiful the crowd was, all the girls in the crowd went crazy. This intensified when Larsen subsequently took his shirt off. He announced that this was his second live show ever, which makes a lot of sense. Larsen sang along to a backing track, and his mic was heavily autotuned. Though the whole ordeal felt a little too cringey for me, a good amount of the audience sang along and screamed his name accordingly.

Waiting then commenced for Roy Blair’s Chicago debut. Known for collaborating on the 2016 solo project of Kevin Abstract (of Brockhampton fame), Blair quickly acquired a niche fanbase. His popularity further proliferated with the release of his debut album Cat Heaven in 2017, leading to this string of sold out shows in Los Angeles, New York, Chicago and San Francisco.

As the stage was prepared for Blair, it became clear that he has embraced the trend of more elaborate sets most notably seen from Tyler, The Creator (à la Flog Gnaw) and Travis Scott (à la Astroworld Tour). Blair’s stage design consisted of an Amberwood Drive street sign, skateboard ramp, and projected visual of a house. This made sense, as one of the central themes on Cat Heaven was the familial issues that plagued Blair’s childhood and adolescence. 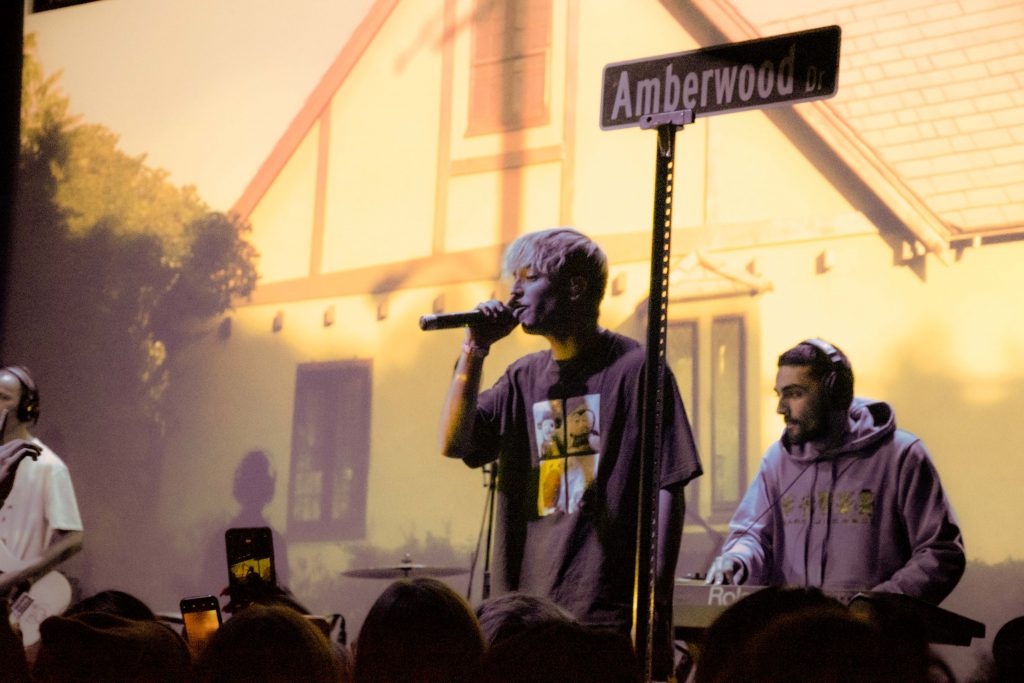 As expected, the crowd went crazy when Blair finally walked onstage, accompanied by three band members. An intro track led into first song “Alex,” and the show moved pretty consistently from there. His energy was great, jumping around the stage during more angsty tracks “Family” and “Jane.” He premiered a new song, “Above Not Below,” which sounded pretty consistent with the tracks on Cat Heaven. Blair played through all of his album except for “Switchblade,” with his first single “Thunder” standing out as the highlight of his set. Blair seemed perfectly comfortable performing, and although he did interact with the crowd, it was not at all cringey. Blair and his band wasted no time getting back onstage for an encore, during which they performed “Hazel,” the last track on Cat Heaven. 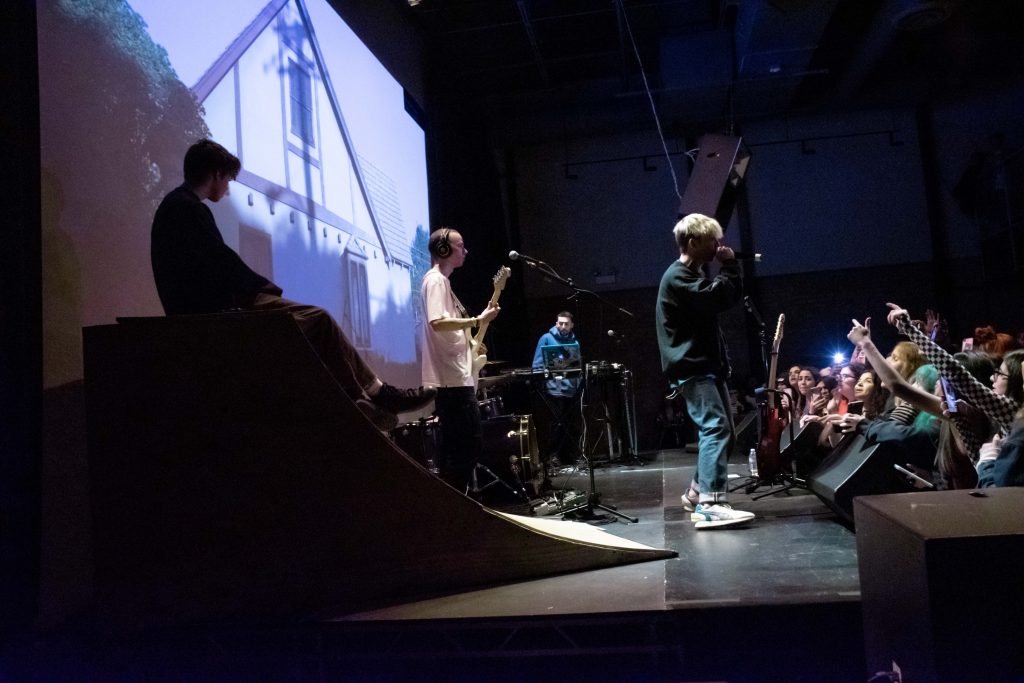 Given the fact that it was his first ever tour, this show was a sign of great potential for Blair. With the indication of a new project on the way, it won’t be long until he blows up – especially now that Matty Healy of The 1975 tweeted about him. Before coming back for the encore, Blair excitedly told the crowd this news; clearly still a fan at heart, yet on the verge of stardom.