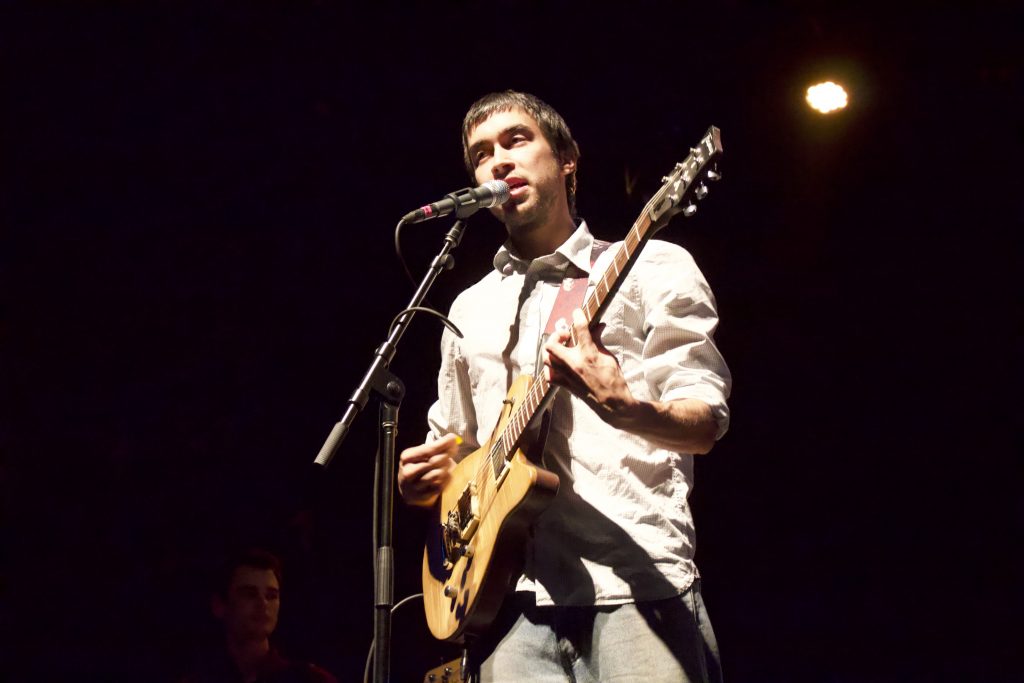 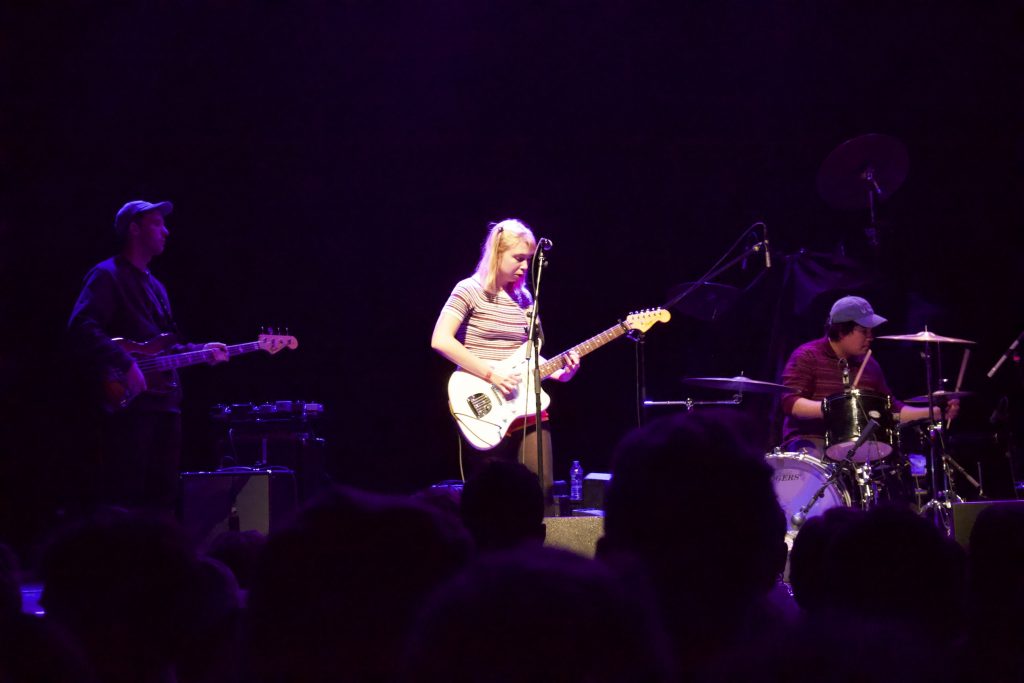 She reminded the audience multiple times that she was nervous, which only added to her charm, especially considering it wasn’t noticeable in the slightest. Before singing “Prom Queen” off the 2018 album of the same name, she said of the song, “It’s about beauty standards and how they’re fucking stupid.” Although Beach Bunny’s set didn’t stand out as being musically unique, Beach Bunny filled each song with energy and passion.

Nandi Plunkett, the artist known as Half Waif, followed this with a hypnotic performance. Assisted by blues, purples, reds and golds of light contorting around her, the stage never looked the same one second as it did the next. Half Waif’s music was equally as captivating. Her intricate layering of distorted sounds and her own vocals demanded her music be felt, not just heard. Unfortunately Half Waif’s spectacular haunting vocal delivery and self-reflective lyrics were often hidden beneath the over-mixed bass. But this served a purpose, making synth-pop bangers of many methodical tracks from her 2018 album Lavender. 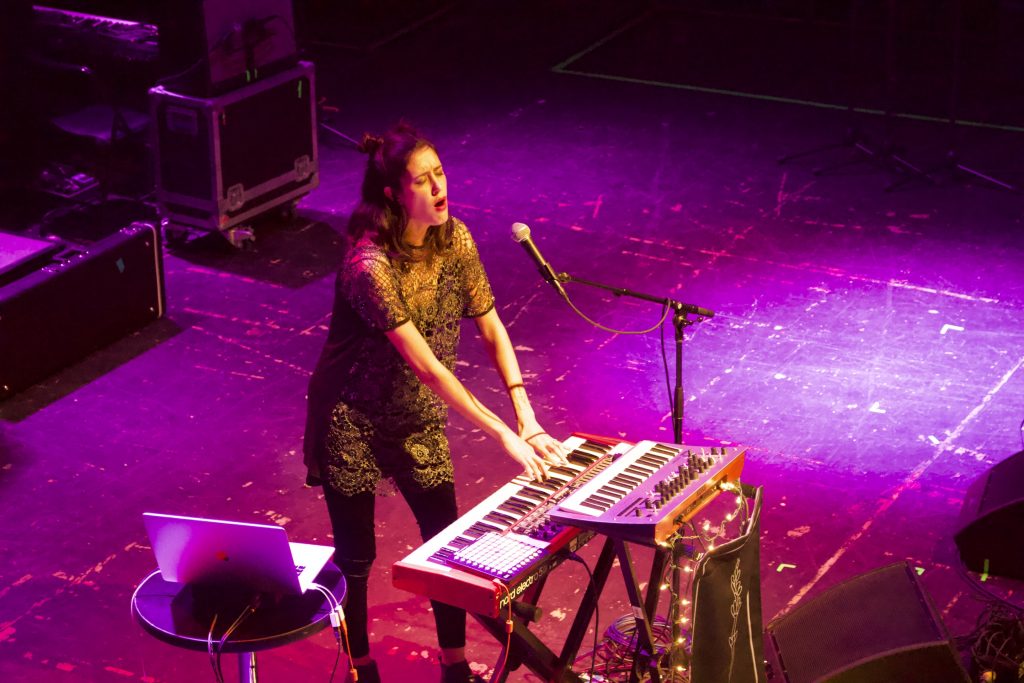 The audience was antsy at this point. Two openers and two fairly long transitions between sets had built up anticipation in the room. When Alex G finally entered the stage along with a drummer, bassist and fellow guitarist, the crowd’s excitement was palpable.

This excitement gave way to a rather underwhelming performance. There were a couple of noticeable issues across his set. For one, Alex G’s use of abrasive, high-pitched guitar riffs became annoyingly repetitive. Even worse, these sounds were sometimes so abrasive that their screeching nature distracted from the actual music beneath. Another issue was that when transitioning to higher notes from lower ones, Alex G’s voice often became so quiet that it sounded as though he had stopped singing entirely. 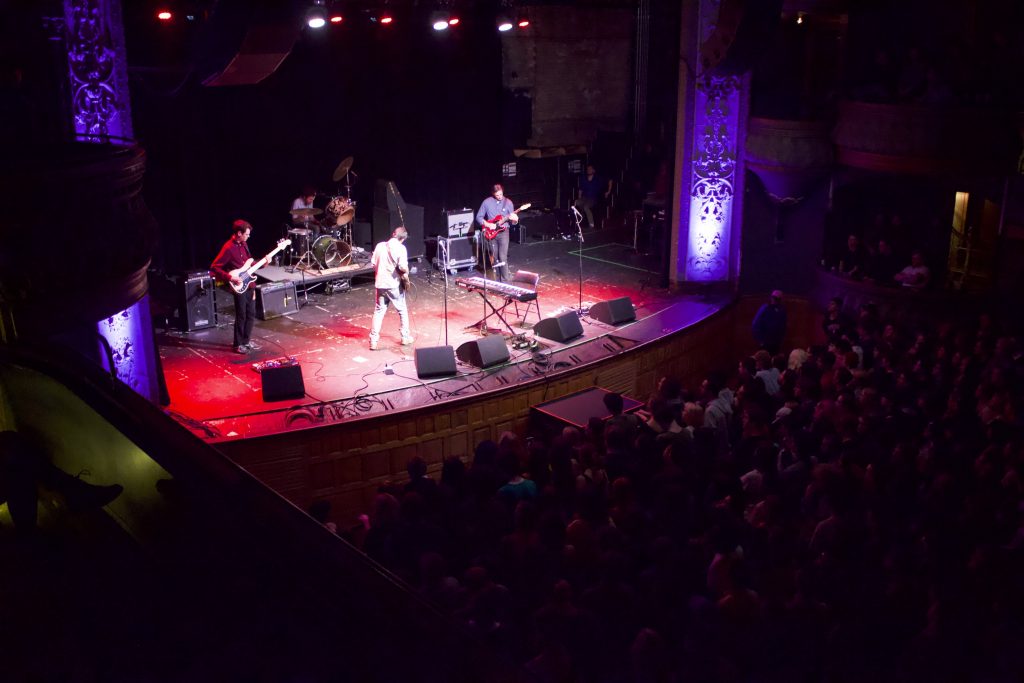 From a visual perspective, Alex G’s set was blander than the acts that had preceded him. The lights changed color but only between songs, and the whole band felt stagnant for his performance of around an hour. The only noticeable movement onstage was Alex G, on multiple occasions, turning away from the audience to face his drummer for no apparent reason. It was actually rather disconcerting. It felt as though he was leaning away from audience interaction. 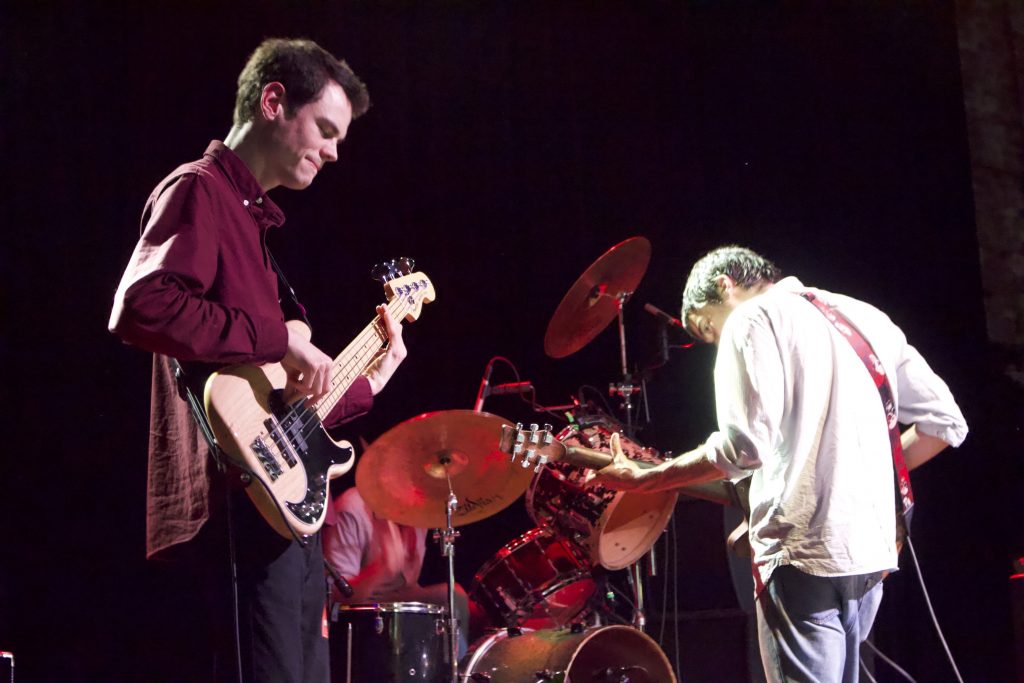 All of this isn’t to say Alex G’s set was entirely flawed. In fact, when Alex G leaned into softer, more nostalgic sounds, his songs were far more enjoyable. One particular highlight was the track “Bobby” from his 2017 album Rocket. For the song, Alex G invited Half Waif back onstage, who is featured on the track. Their two voices singing alongside one another was incredibly catchy. Even one harsher musical moment, which involved Alex G standing over his keyboard doing his rendition of a metal track, was an admirable experiment despite its strangeness.

Watching Alex G was conflicting. On one hand, his visuals were boring, his music was mediocre and his singing ability was nonexistent. On the other hand, the concert was somehow still really fun. For this I applaud (Sandy) Alex G, even though he ended his own show as the third-best performance of the night.