Sharon Van Etten played a sold-out Lollapalooza After-Party show at Lincoln Hall late Saturday night. Her sound is built around her haunting vocals, but her band’s ability to shift sonically and create very different atmospheres by switching from synths to guitars, or from organ-inspired keys to a throbbing bass-heavy beat, varied the performance. The orchestration never slimmed down too far, a common pitfall of heavy synth use, and Van Etten’s hallmark harmonies and biting lyrics provided a soulful center.

Chicago-based opener Dehd, an ensemble of solely a bassist and guitarist — who shared the responsibility of vocals — and two single bass drums, brought a DIY twang to Lincoln Hall. Their groovy guitar riffs paired with the simple, unwavering beat of the drum and vocal shrieks got the crowd bouncing around in preparation for Van Etten’s appearance.

Van Etten opened with “Jupiter 4” off of Remind Me Tomorrow, her latest release from early this year, followed by “Comeback Kid” from the same record. The mixing in her later releases differs pretty strongly from the heavier rock of her earlier work, but her powerful voice still barreled through the heavy synths and oppressive beats. The lack of guitar meant that Van Etten was free to roam the stage, and her free flowing dancing felt honest and fun.

“One Day” brought out Van Etten’s steel guitar, and moved the band to a more classic sound. “Tarifa” a more somber moment, built to an all-out jam with Van Etten on electric guitar. The smart restraint that kept the feedback and intense guitar riffs until after the second verse meant the build was that much more exciting. “All I can” had a similar build, and maintained the momentum of the set. “Memorial Day,” “You Know Me Well,” and “Seventeen” were other highlights, which let the strong harmonies and lyrical play shine. Overall Van Etten’s return to Lincoln Hall was a beautiful and enthralling performance. 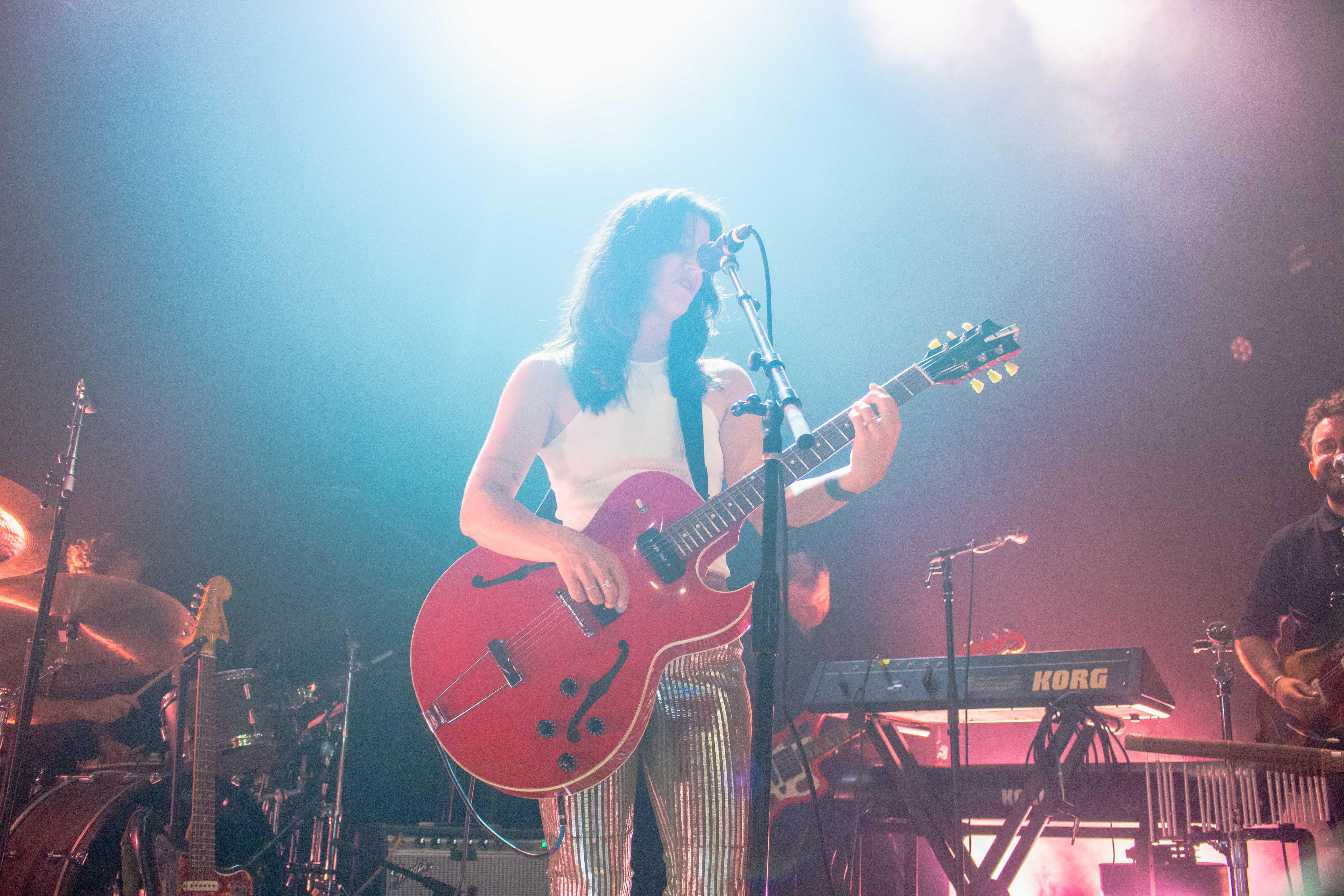