I should have expected what I was about to witness upon entering Lincoln Hall on Friday night: four white guys on stage… twice. But it wasn’t a huge surprise how similar Slaughter Beach, Dog and opener Cave People were to each other because, after all, both the drummer and bassist were members of both bands, leaving only two slots to alternate between the two acts.

In fact, when I first opened the doors to the hall, I thought I had somehow mixed up the times of each act and had arrived late as Slaughter Beach, Dog’s mellow indie melodies flowed through the room. It wasn’t until that first song finished and the frontman confessed his gratitude to the members of Slaughter Beach, Dog that I realized they were only the opening act. 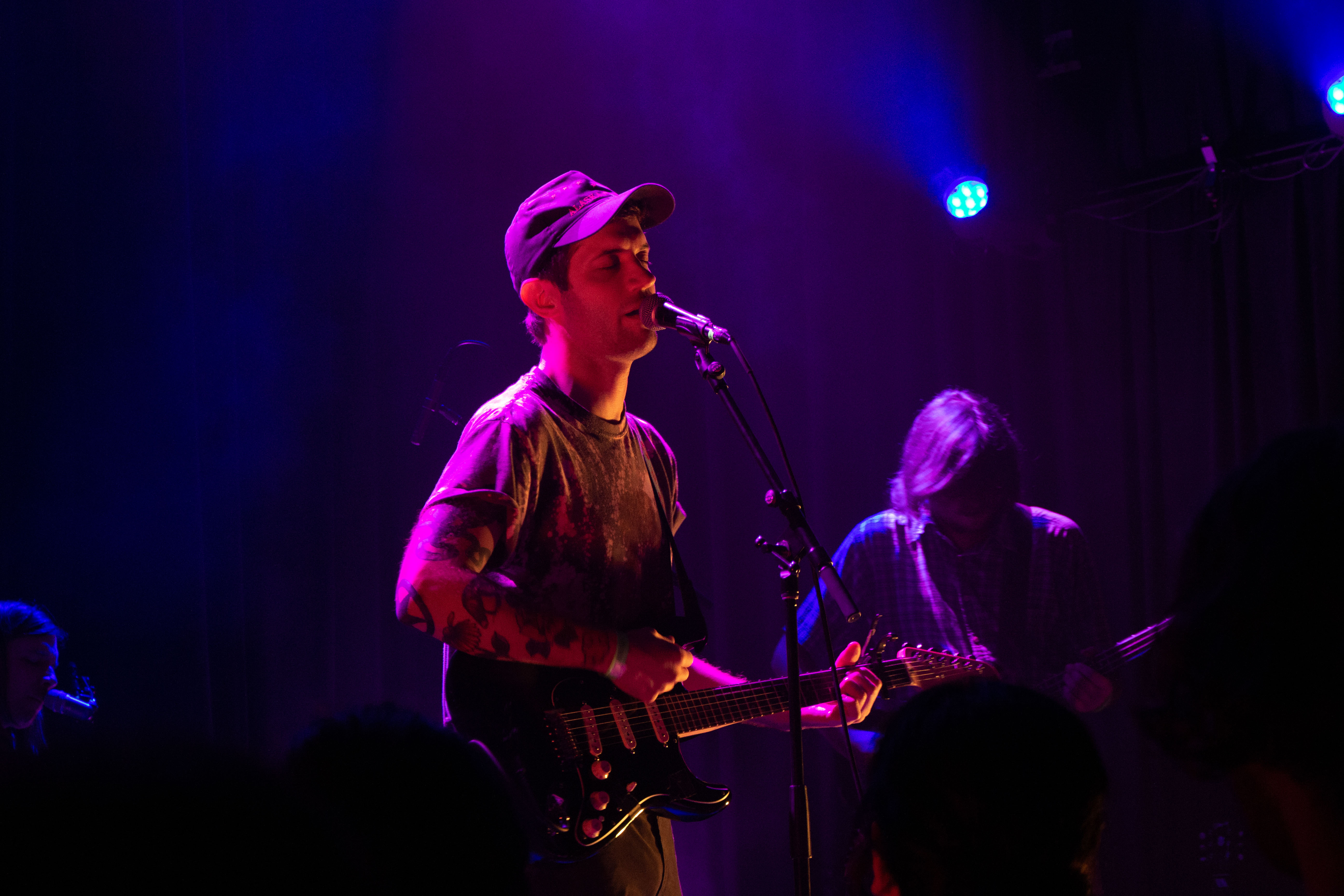 Lincoln Hall was only about half full by the time Cave People left the stage. But once all two of the interchangeable members tagged out, the room was filled with many soft, acoustically-styled folks ready to sway and gently head nod through every song.

Each song flowed nicely into the next with very few quirky intermissions to thank both the crowd and the lighting crew (they were very in awe over how professional the light show was, and I had to agree).

Slaughter Beach, Dog played their most popular track “Acolyte” as their second song of the set, sending the crowd into a swaying sea of bodies with every light whistle and soft spoken ooooh.

“Gold and Green,” “Good Ones,” “Politics of Grooming,” and “Your Cat” were played as if they were simply stories being told, giving a soft, relatable presence to the band.

Frontman Jake Ewald, with his shoulder length hair, dressed the part to feed their soft indie-craving fans, but his alternations between acoustic and electric guitar throughout the set provided the needed clean-cut melodies and riffs to wake up the crowd.

They ended the night with “104 Degrees,” incorporating the ideal switch between acoustic and electric guitar at several critical moments throughout the song, enabling the crowd to both steadily head nod and aggressively twitch through the shredding. 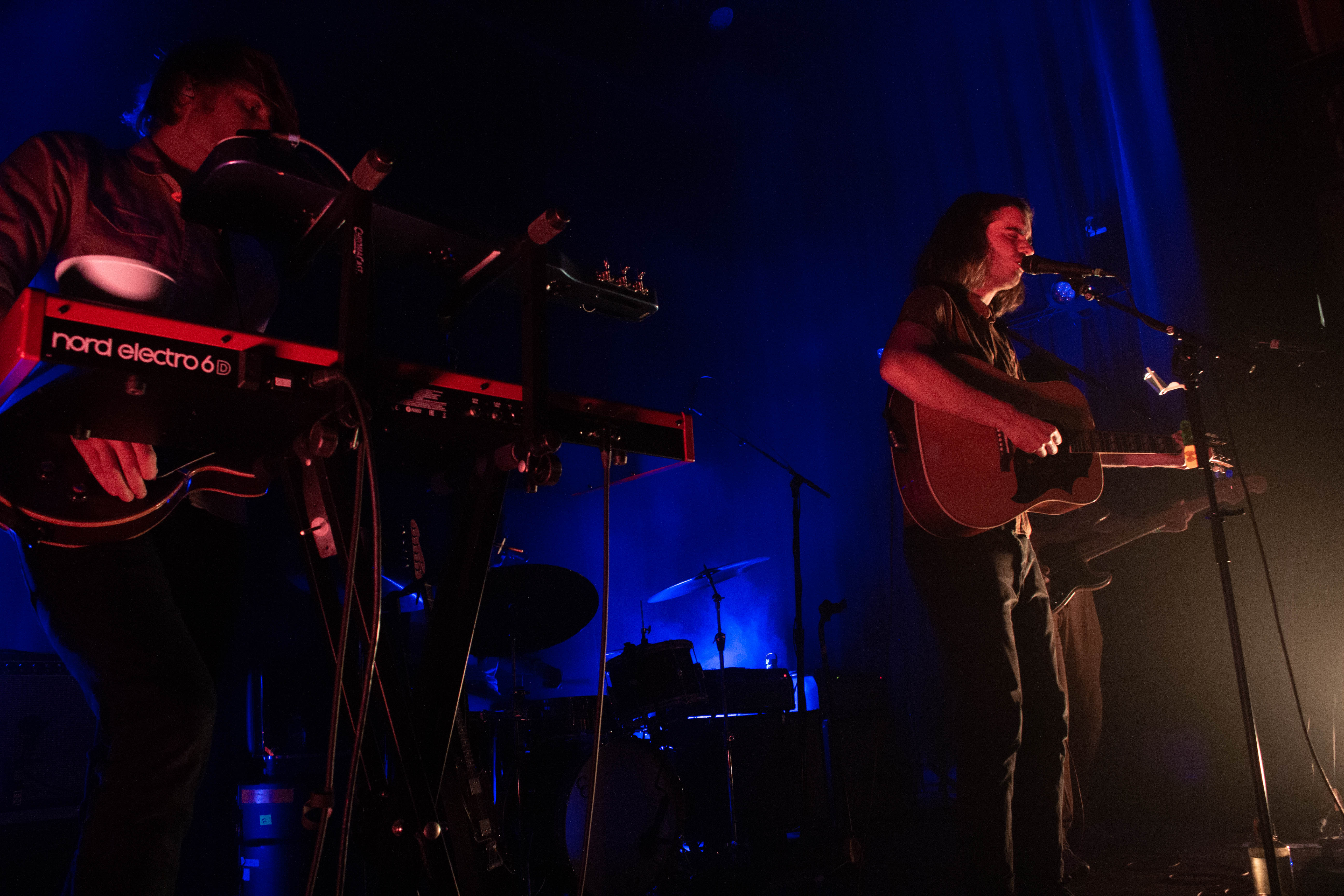 Overall, both opener Cave People and main act Slaughter Beach, Dog perfectly fit the stereotype of indie, alternative bands, but nonetheless, they provided mellow, classic melodies to which the entire hall could sway.