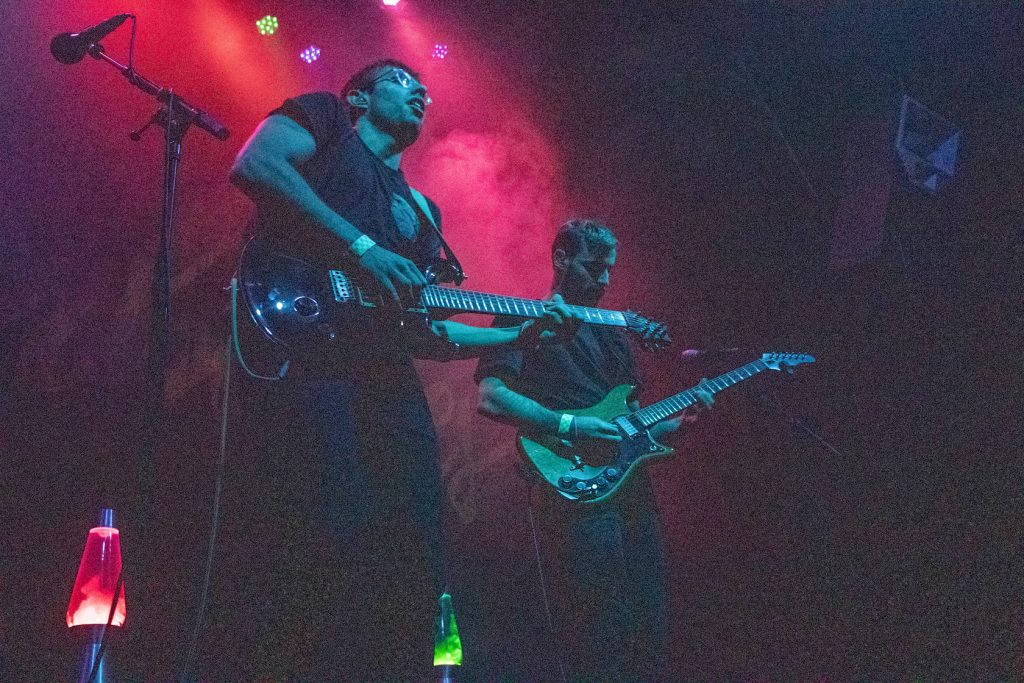 I dig lava lamps! Most people dig lava lamps. There’s nothing to hate about lava lamps. Sure, lava lamps might not be life changing like the light bulb, but they still have a purpose. They’re bubbly. They’re colorful. They’re the type of thing you put on and then forget that it’s on but everytime you remember it’s on you’re like “Ahhh. Pretty.” A lava lamp can even make your day.

Max Vehuni and Ben Barsochinni, both dressed in black jeans and black t-shirts, met center stage to play the sickeningly sweet opening guitar riff from their track “Gray” behind the rainbow lettering spelling out “slenderbodies.”  And of course, the red and green lava lamps were there too. 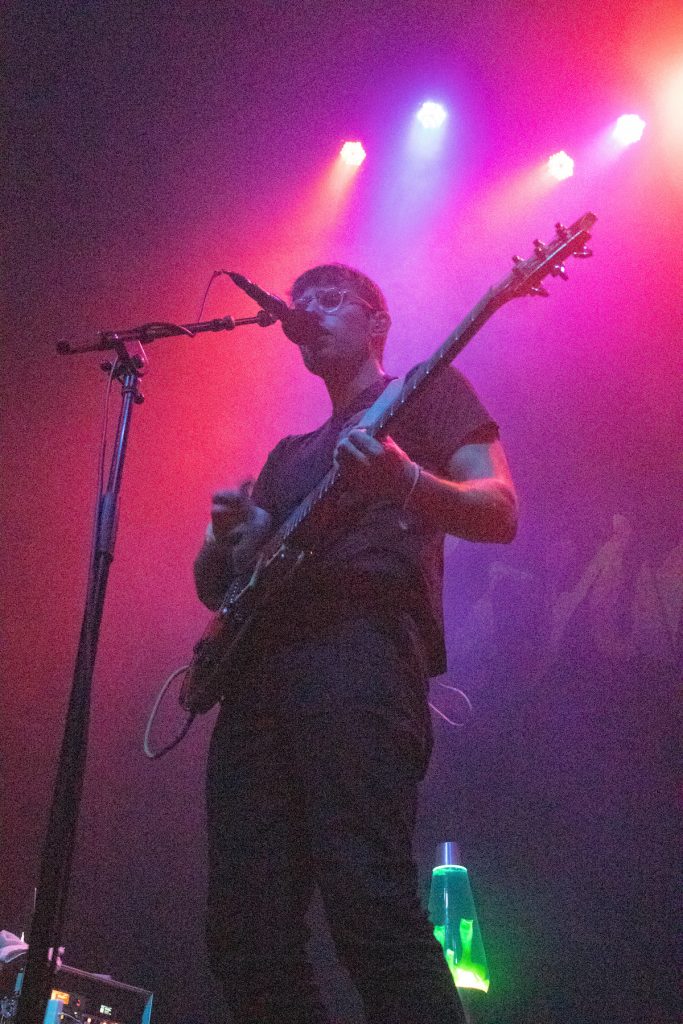 Before breaking into the chorus, lead singer Max announced, “We’re slenderbodies and we came to rock out. Dance a little bit.” And the audience did dance–a little bit. Everyone in the open standing room of Chop Shop couldn’t help but sway side-to-side and bob their heads. Lead singer Max’s persistent falsetto and the group’s consistently catchy guitar lines are infectious. In what was the last show from their first headlining tour, slenderbodies milked everything they could from the audience. Max serenaded the mic as Ben took every guitar solo as an opportunity to approach the audience and smirk at the phone cameras fans shoved into his face. 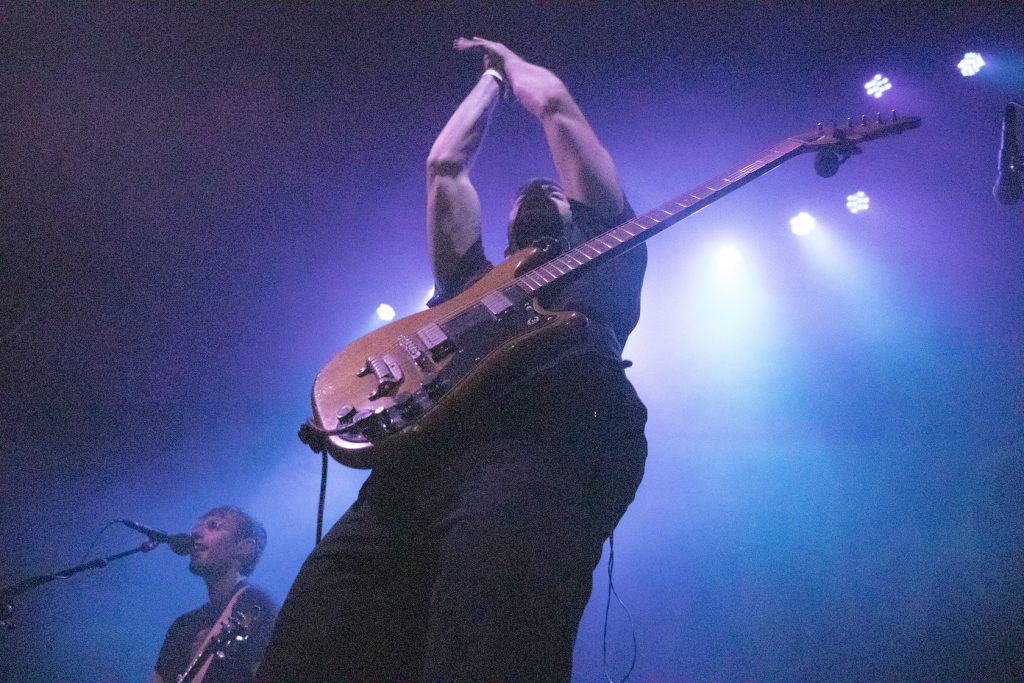 This level of fun is never fully realized on slenderbodies’s recorded discography. From the group’s first project sotto voce, they played songs such as “one of us” and “homestead” which ooze nostalgia. The groups other two EPs,  fabulist and fabulist:extended, continue this aesthetic. Their song “anemone,” which is their most popular single, literally has Max nostalgically singing “ I like it better underwater,” reminiscing on escaping to a place where “you’ll never get the best of me.” These songs were all fun live and they’re enjoyable at home, but they also all meld together. Slenderbodies performed their own renditions of songs from Britney Spears, Sade and MGMT, each of which fit their sound so seamlessly it could easily be pulled straight from any of their three EPs. At the end of the performance, they played an unreleased track “King” from their new EP soraya set to release later this year. The track was good! But if they hadn’t told me it was new material I wouldn’t have known. 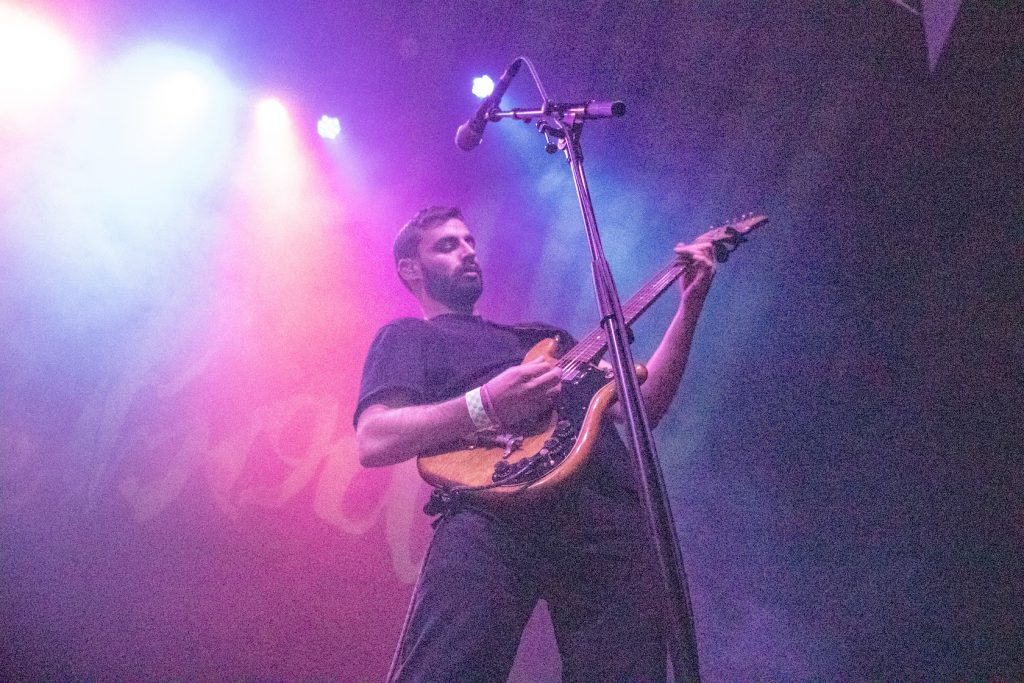 This is where I bring up the lava lamp. A lava lamp doesn’t change. Its colorful bubbles continue going up and down in the same exact way over-and-over. But you still like looking at it. All music doesn’t have to be lyrically mind-expanding or so musically game-changing that the sounds aren’t fully recognizable as music. There’s a place for that too, but when I’m sitting down to do work or needing to go to bed or just wanting to brighten up my day: there’s the lava lamp. Max and Ben are gifted performers and it’d be awesome to see them expand their stylistic repertoire. But if they don’t, that’s fine too!

So turn on one of their EPs –it doesn’t matter which one– and maybe you’ll fall for slenderbodies’s charm.