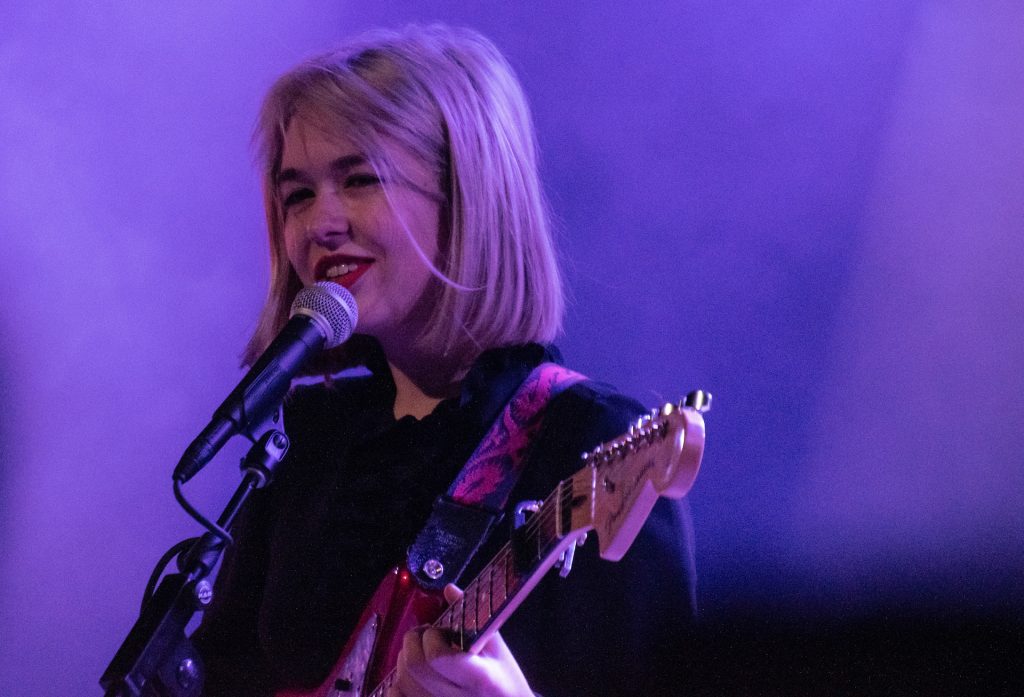 Kicking off the last leg of her North American tour, Lindsey Jordan, known to fans as Snail Mail, sold out Metro last Thursday evening. The release of her first album Lush last summer was met with a huge relief after waiting two years after her EP Habit. As much as it killed me to wait that long to hear more of her sultry strains, I don’t blame her for the hiatus. After all, she was busy graduating from high school.

Although young, Snail Mail’s play with the audience was anything but amateur. 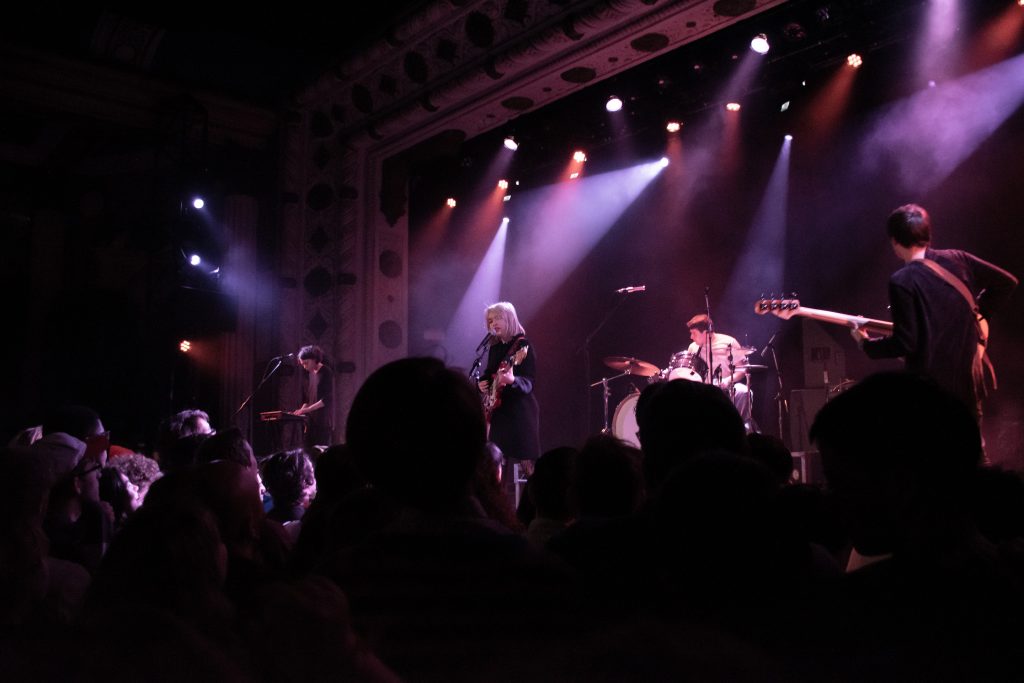 She knew how to tastefully work the crowd in an engaging yet reserved way. I even wrote: Wow, that smouldering stare into my notebook after gawking at her intense eyes that I was convinced were staring at mine. But I’m sure the girl to my right and the guy behind me felt the same way.

Jordan succeeded in making every person in the audience swoon for her.

Before Snail Mail took the stage, Chicago-native band Varsity kicked off the night with a mellow, almost subdued atmosphere. Lead vocalist Stephanie Smith’s honeyed voice was drowned out by the heavy bass drum and her own synth use, creating a slightly off, unbalanced sound. While the crowd trickled in during their performance, murmurs drifted as Varsity didn’t quite lure the hall’s attention. It wasn’t until they played their biggest hit “So Sad, So Sad” that a sea of bobbing heads synced with Paul Soltz’s banging head as he laid out the bass riff.

After Varsity’s set, the disillusioned scene was broken when an electric-blue, untidy head of hair emerged, attached to a body covered in mismatched tattoos and acid washed overalls— a staple wardrobe item for Lala Lala lead vocalist Lillie West. After a false start, Lala Lala jumped into a much stronger, more intense performance than the previous act, starting with “Water Over Sex.” The energy on stage was much more pronounced, as West pounded through guitar chords and harsh lyrics, sending the crowd chanting: I’m not even listening, you’re not even nothing. The bodies on stage moved more fluidly with the music than those of Varsity, giving a fun energy that the crowd naturally responded to. Lala Lala definitely succeeded in waking up the audience and got the young, excited crowd to jostle around in preparation for the main act. 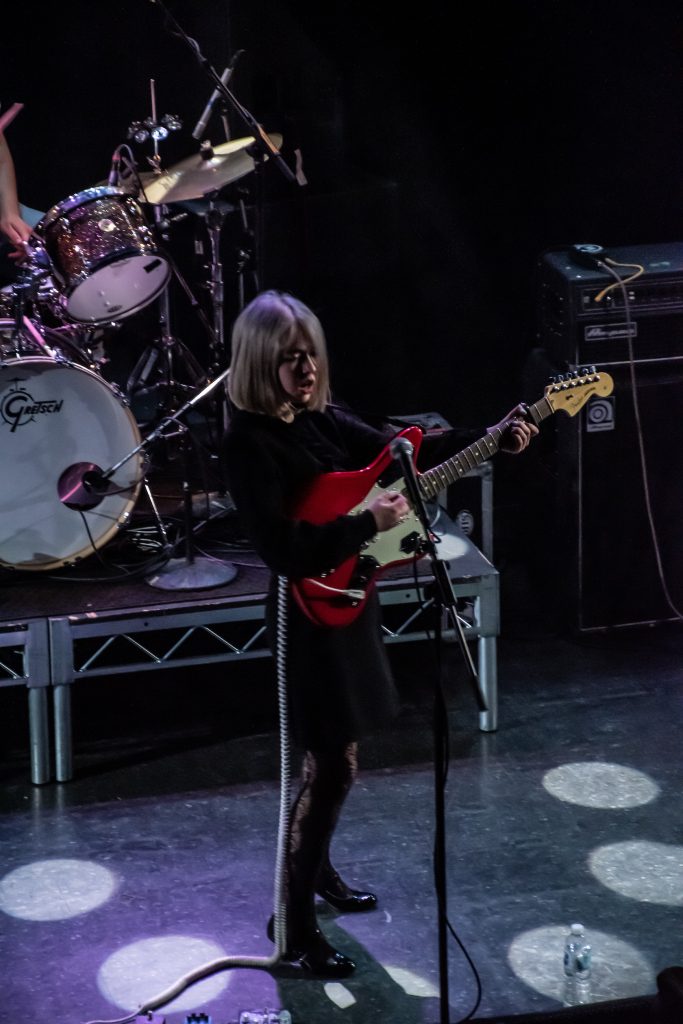 After what felt like hours of anticipation, the petite girl recognizable by her bright red lipstick and matching guitar came out to a frantically-hollering crowd. I knew Lindsey Jordan was young (now 19 years old and only 16 when she released her first EP Habit), but it only really sunk in when staring face-to-face with this recent high school graduate.

Her entirely black outfit paired with her pale face and platinum chopped hair were not the only contradictions to her presence. Surprisingly, her youthful, innocent glow contrasted harshly with her confident, mature presence on stage.

She began her set with an extended instrumental intro of “Heatwave,” one of the most gut-wrenching experiences presented on the album, as it plunges into a crumbling relationship.

Jordan’s silky yet crackling voice filled each corner of the packed, humid hall. The absence of any sort of press pit near the stage actually made the performance feel even more intimate and homemade, as if she was pouring these tangible and relatable experiences of emotions onto close friends. Just looking around, I could see the sea of young adults swaying and bobbing their heads in agreement with her portrayal of the ups and downs of teenage years that they experienced all too recently. 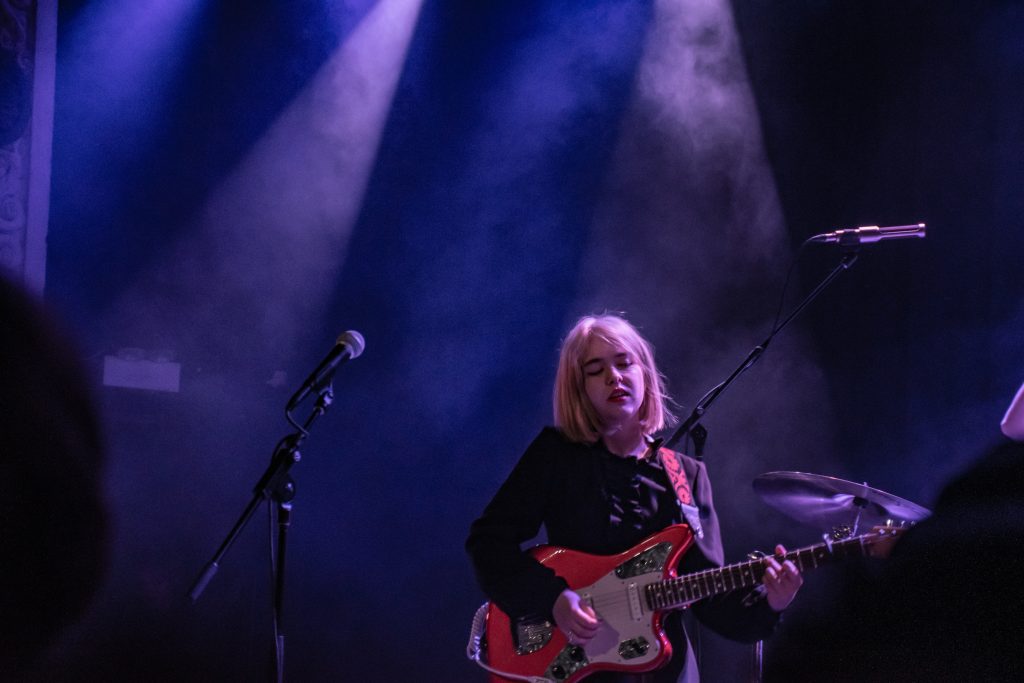 The crowd was extremely interactive with the performance, especially during her more upbeat songs like “Thinning,” when the crowd’s screaming of every word overpowered her higher wails. A few bold folks shouted their attempts of courting the 19-year-old, with requests like “Please go out with me!” scattered between her words. Her flustered response was adorable to witness.

Though she was accompanied by her touring bandmates, it was clear Jordan was the star of the show, interacting with the crowd as her bandmates lied low in the background.

One of the most memorable moments of the night was when Jordan announced she was excited to bring some friends to the stage. Having just graduated from high school, I figured a few friends from back home in Baltimore came with her to her first show of the new year, but instead, two little girls ran out. As the members of Neptune’s Core, the pre-teens helped Jordan sing “Pristine.”

As cute as they were, it was hard to hear the girls over the chants from the crowd, especially during drawn-out phrases like: Don’t you like me for me? 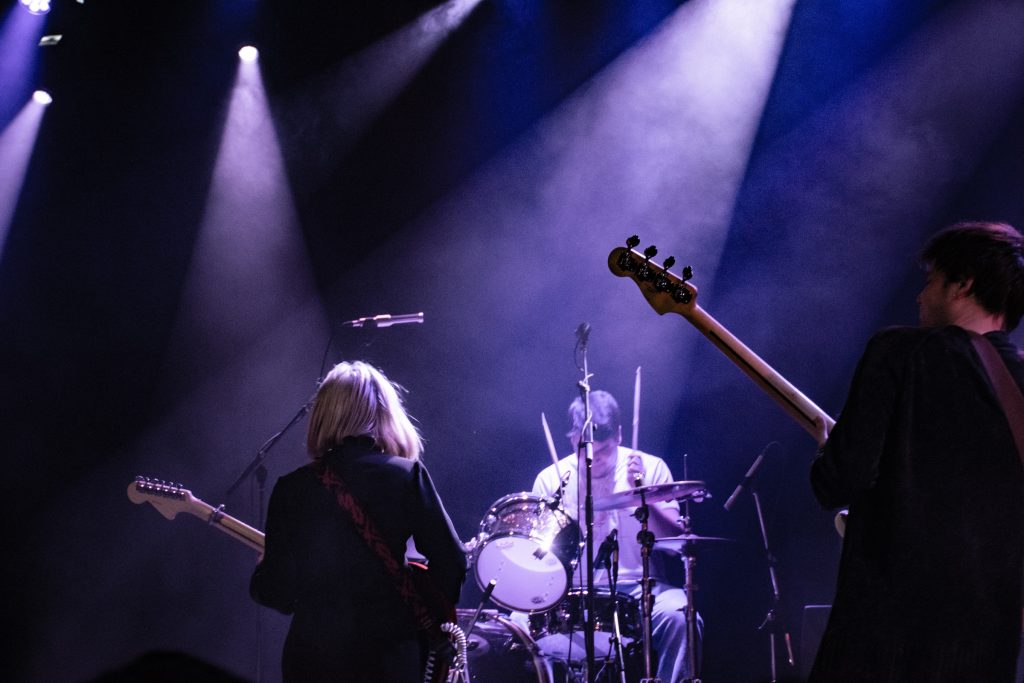 The nature of Jordan’s pleading lyrics compelled the loudest sing-along the crowd could muster.

Although Snail Mail is not playing any encores on this tour, she performed “Stick” as her last song, which is the only song on her newest album Lush repeated from her first EP Habit released in 2016.

Her clear, strong voice and piercing words cut right through the chaos of our teenage years and the agonies of crushes, breakups, awkward encounters and everything in between. The power and authenticity that Jordan projected through the hall and buried under my skin was utterly emotionally draining, yet cathartic. I felt like I took a freezing plunge into our shared emotional struggles, and I left Metro with a sense of freshness and clarity of leaving my heart’s content in that overcrowded room.