With all he’s accomplished in his music career, it’s hard to believe R&B singer Steve Lacy is just 21. One of the members of neo-soul group The Internet, the Compton, California native gained notoriety for his sweet guitar riffs on the Grammy-nominated album Ego Death. He has racked up production credits for Kendrick Lamar, J. Cole and Solange, making the beat for Lamar’s “PRIDE” on an iPhone. After teasing his potential as a solo artist with the 13-minute EP Steve Lacy’s Demo, he released his first full studio album Apollo XXI in 2019, on which he shows off more of his vocal range and delves into more complex themes over gorgeous guitar-heavy production. The Apollo XXI World Tour, Lacy’s first as a solo headliner, kicked off in Chicago’s House of Blues Thursday night.

Arkansas-born rapper Kari Faux lived up to her declaration that she’s the “coolest thing that’s coming out of Little Rock” with a strong DJ set. With her bright orange hair and a backdrop full of red spotlights, Faux was serving all kinds of looks. Her set mixed modern-day slappers like A$AP Rocky’s “Praise the Lord” and Rico Nasty’s “Smack a Bitch” with journeys back in time like the Isley Brothers’ “Between the Sheets” and Baby Bash’s “Suga Suga.” She even brought a taste of hot girl summer to the stage, leaving the DJ booth to twerk during one song. Although many in the audience likely wanted to see her rap, her DJ set brought House of Blues to a sizzle anyway.

An eruption of cheers rang out as Steve Lacy took the stage. He made it clear that this tour is very much about the new album, meticulously playing through all of Apollo XXI down to “Amandla’s Interlude.” On Apollo, the guitar lines that you can’t help but dance to remain, but more thoughtful, reflective lyrics take the place of the innocent romantic lyrics of Demos. He prefaced part 2 of the 9-minute introspective “Like Me” by talking about how he thought of the song while crying and looking out the window feeling like he had no one to turn to. Not five seconds later, he started head-bopping with the guitar line and the crowd went crazy.

The nerves of being a first-time headliner – and being 21 at that – seemed evident, as he went up on his lyrics a couple times during the middle of the album. Cumulatively however, Lacy’s smooth vocal riffs and copious guitar solos overshadowed any lyrical mishaps. His falsetto held up nicely on songs like “Playground” where he had heavier guitars with which to compete. It didn’t hurt, of course, that he was playing to just about the most forgiving audience imaginable. Even on songs where the words eluded them, the young crowd stayed engaged. The sensual “In Lust We Trust,” which had Thundercat inspiration written all over it, inspired dozens of couples to sink into each other’s arms and inspired me to think about downloading Tinder (#CuffingSeason).

After finishing Apollo, he announced: “I’m going to get some water, but I have a surprise for you guys when I get back.” He returned with another sweet-voiced R&B singer by his side, 20-year-old Chicagoan Ravyn Lenae, whose most recent project Crush EP was fully produced by Lacy. The two displayed fantastic on-stage chemistry; as Lenae sang the lights out with her trademark bubbly doo-wop style, Lacy jumped around grinning and smacking guitar riffs. Their duet “Computer Luv” felt like honey to the ear.

Apollo XXI is, without a doubt, Steve Lacy’s most careful and thorough body of work as a solo artist. Yet it was the older, GarageBand-produced tracks from Demo that generated the most hype from the audience. When he launched into “Dark Red,” his most streamed song to date, the crowd knew every word. At the demand of one particularly engaged fan, he came back out one last time for a crowd-aided a cappella rendition of “C U Girl.”

Overall, Steve Lacy’s showing in his first performance of the world tour solidified him in the eyes of many as not only a crooning guitar player who can make some bops, but a risk-taking artist who takes his craft seriously and has the confidence to speak on real issues. 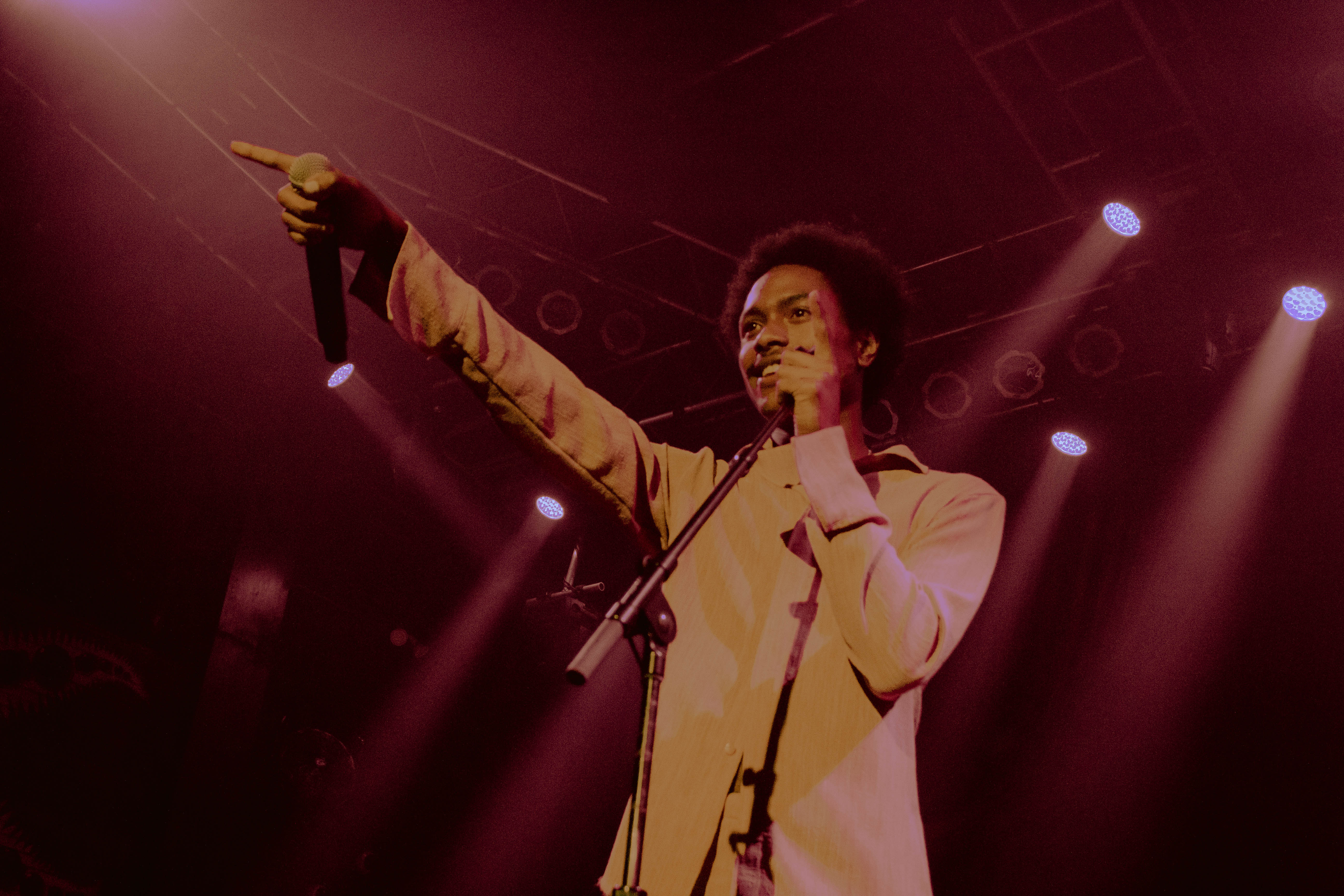