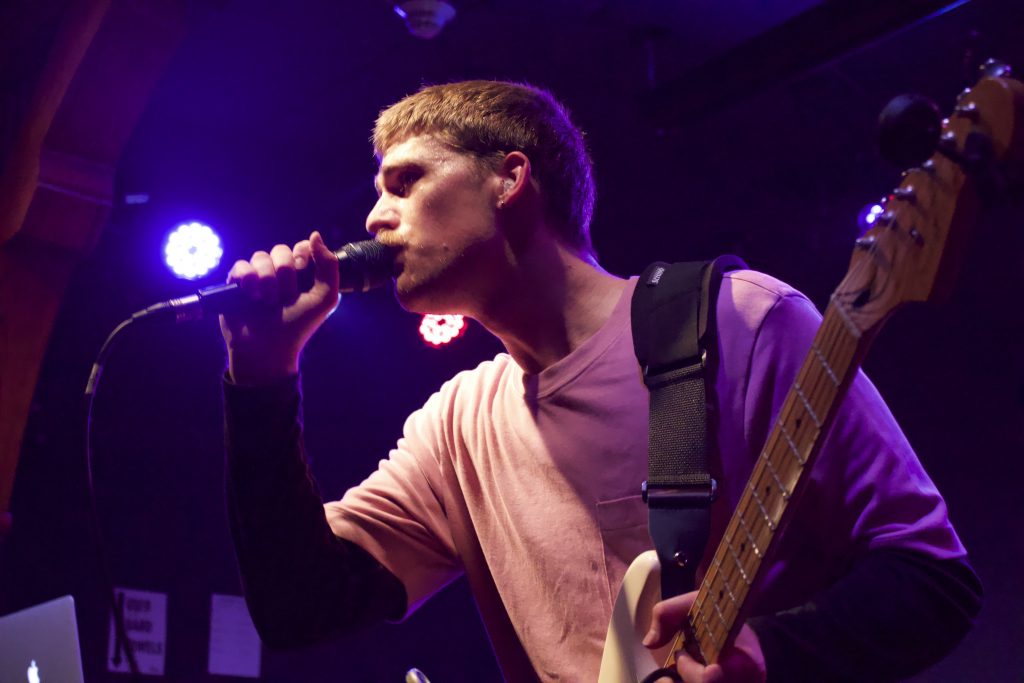 I felt more invigorated than you might expect from an artist named Still Woozy when I left Schubas Tavern last Friday night. Before Sven Gamsky — the man behind Still Woozy — could spread his contagious energy, three smaller acts played. First up was Chicago native Jordanna, whose jazzy R&B is just as sweet-sounding as the title of her newest EP, “Sweet Tooth,” suggests. Ted Feighan, better known as Monster Rally, was next. His instrumental music, which he makes almost entirely from samples, is reminiscent of a laid-back beach day. Indie pop musician VICTOR! was last to perform before Still Woozy. The endearing 18-year-old Victor Cervantes looks his age but was clearly comfortable on stage. After his first song, he asked a couple giggling girls what they found so funny. “You’re cute!” one of them yelled back, which Cervantes laughed at before quickly removing his baseball cap to argue he looked cute only because he’d covered up his uncooperative hair that morning with a hat. 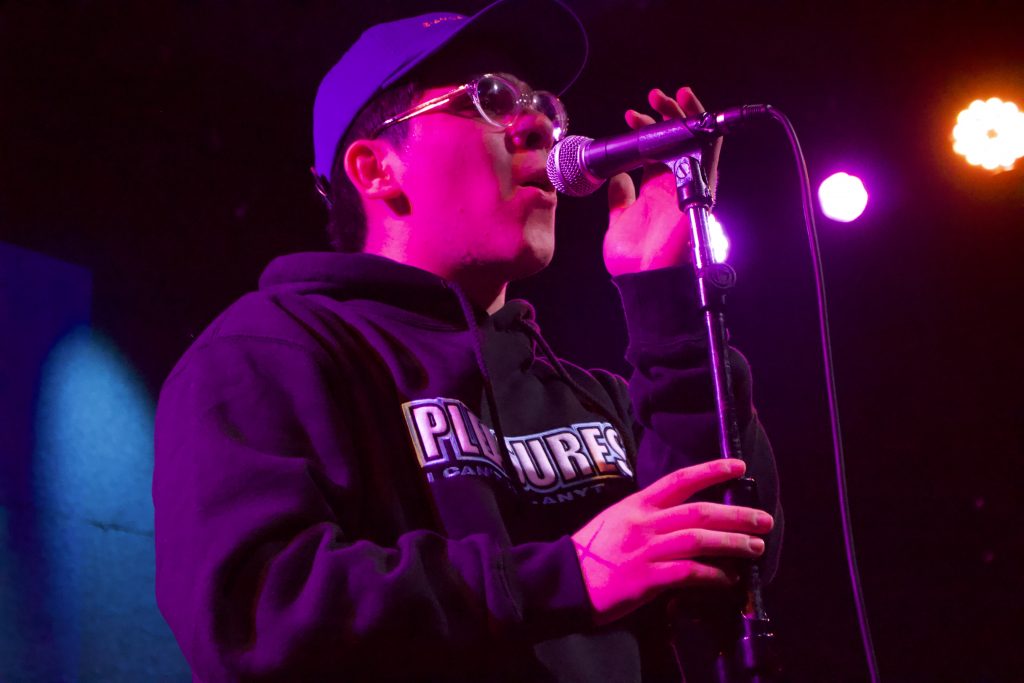 Cervantes was answered by indistinguishable screams when he asked the audience to tell him their favorite Still Woozy song. Still Woozy’s discography consists of just six singles, and going into the concert I tried to suppress the hope I had that Gamsky would play some new tunes; I didn’t want to be disappointed. There was no need though, because three songs into his performance, Gamsky began playing new, unreleased music. “Thank you guys for bearing with that last song,” Gamsky said after “Lava.” “It dropped before it dropped, you know?” 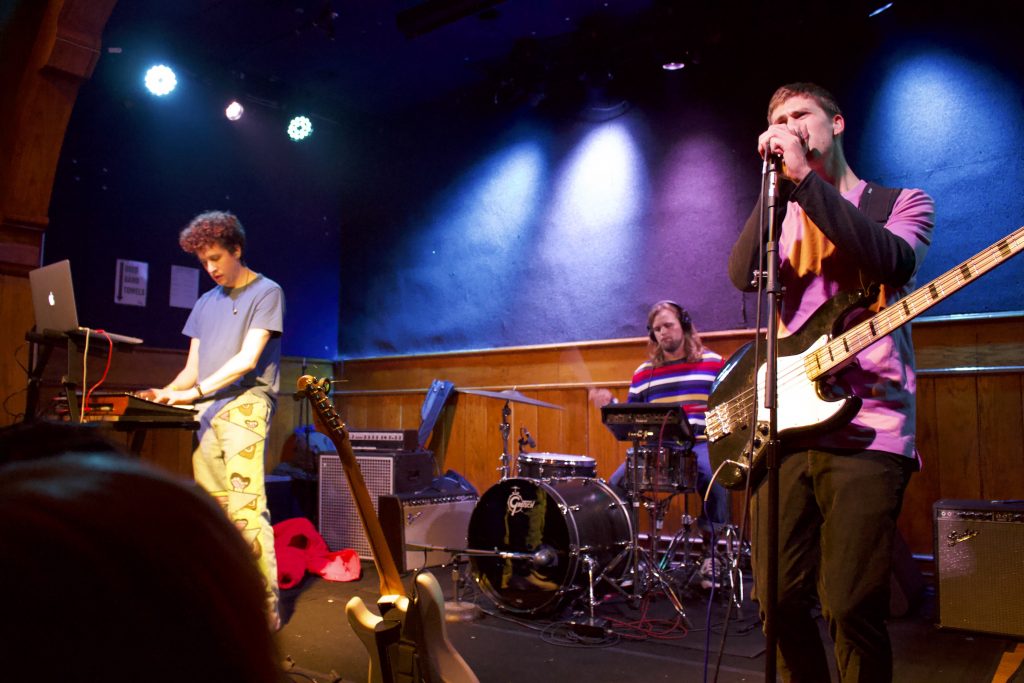 I was just starting to think that Gamsky’s new music sounded jazzier than his current songs when he announced he was about to change up the pace and began playing a call-and-response punk rock song. His songs all fall into the same category of dreamy yet funky electronic music, but if this concert gave us any insight into Gamsky, it’s that he can perform across a variety of genres. He followed up his rock song with a rendition of the influential country singer Hank Williams’ “Angel of Death” and later played “Still Beating” by indie musician Mac DeMarco. His fans were with him the whole way, singing along and yelling praise. 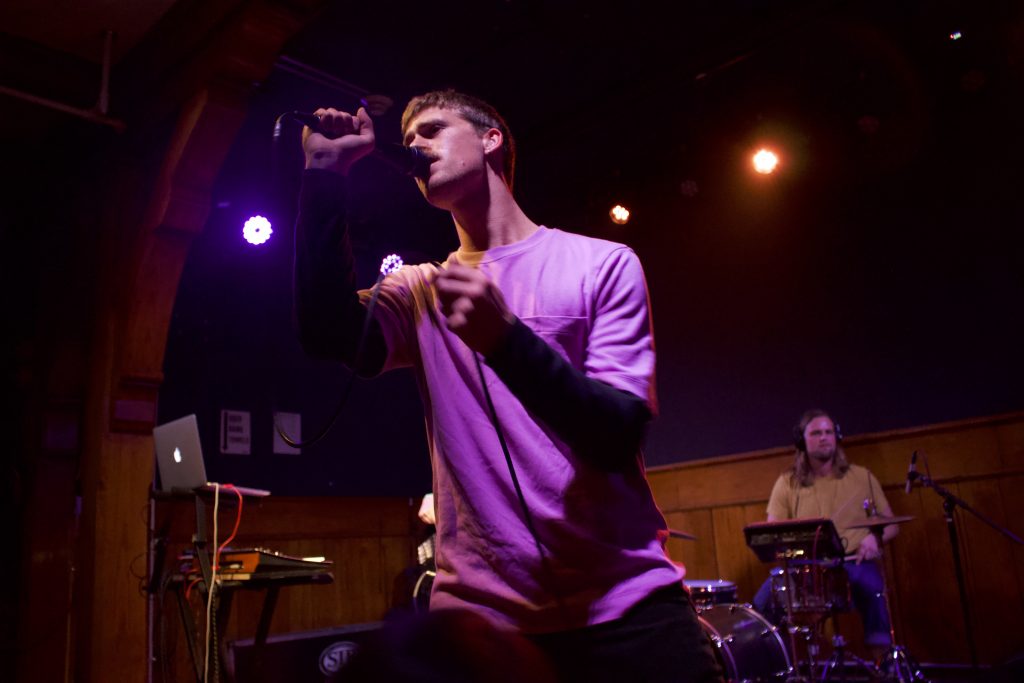 Gamsky had no trouble keeping his audience engaged — he climbed off the stage at one point to sing with his audience — but half the fun of Still Woozy’s performance was in watching Gamsky’s accompanying drummer, introduced as Skinny Pete, and bassist, Tommy. With his blue eye shadow, dangling earrings and eclectic self-made (according to Gamsky) patched pants, Tommy stood in contrast to Skinny Pete, who wore a plain yellow T-shirt and jeans. But anyone who expected the drummer’s presence to match his outfit was sorely mistaken. Tommy and Pete abandoned their instruments during multiple songs to dance together. Their moves ranged from tooting an imaginary train horn to full-body, worm-like spasms. Toward the end of the show, Tommy crowd surfed, which I was definitely not expecting given Schubas’ relatively small size. 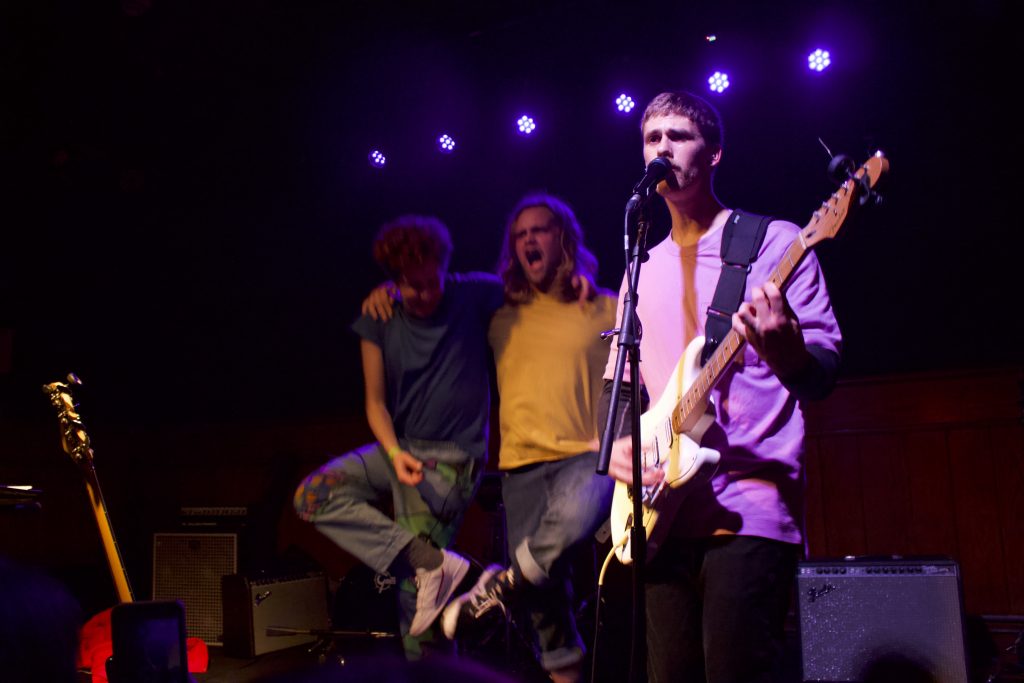 I wasn’t sure what to expect from Still Woozy given his small discography, but Gamsky defied my expectations. The songs he performed were every bit as good as his recorded versions, but it was still fun to see him step away from his usual repertoire with some covers, and Tommy and Skinny Pete (whom I hope Gamsky keeps around for future tours) added humor to the show that no recording could capture.