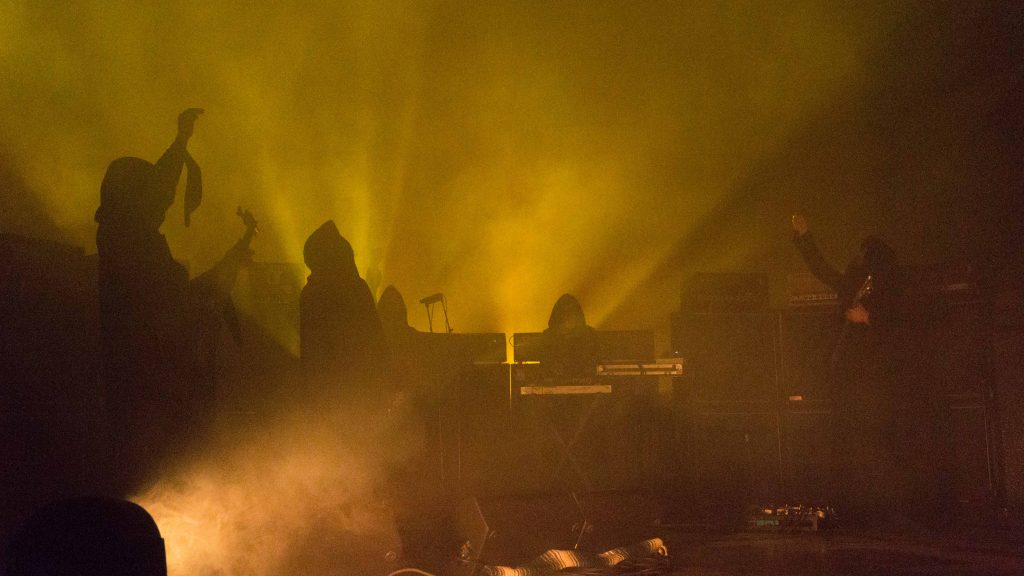 It’s somewhat unthinkable that a metal band could play in a church.  Entry level commentary aside, this surely has been an extremely notable week for churches, with the world watching Notre Dame burn.  With this in mind, I think both of these instances stand for an idea that drone metal band Sunn O))) is working around. 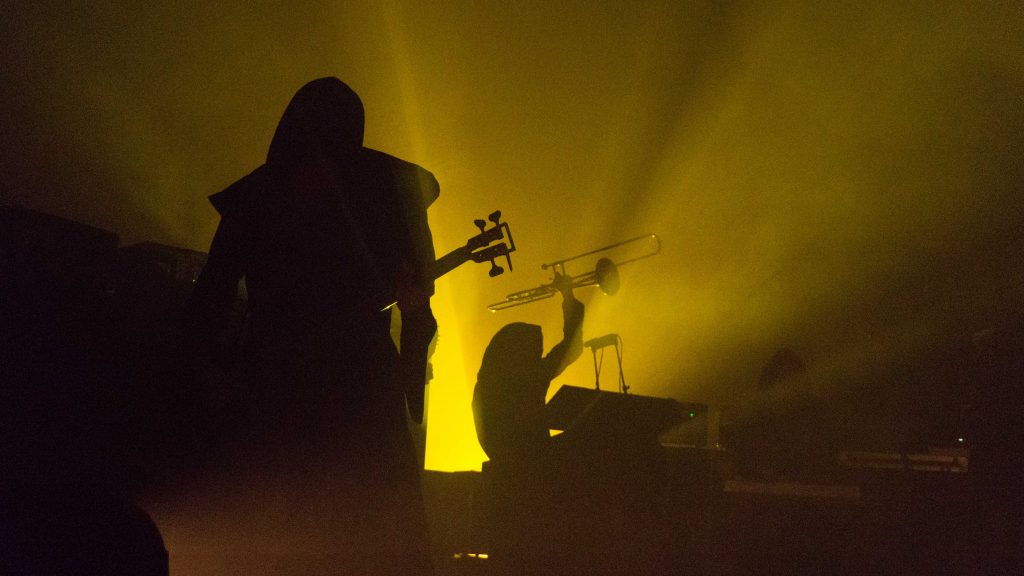 Their performances are famously slow, and loud.  There’s no escape. The fog set up a much-anticipated feeling towards of uncertainty that was relieved by the shock of how loud the first note was.  Before I knew it, I was surrounded by an ethereal wall of sound, veiled with thick clouds. If you looked to the stage, only black-hooded silhouettes stood ominously with their instruments.  Your whole body shakes and trembles with every low, pulsating note as it overtakes every sensation. You don’t have time to think about being in your body let alone in a church. Eventually, you grow into the wall of noise, becoming one with the space around you. 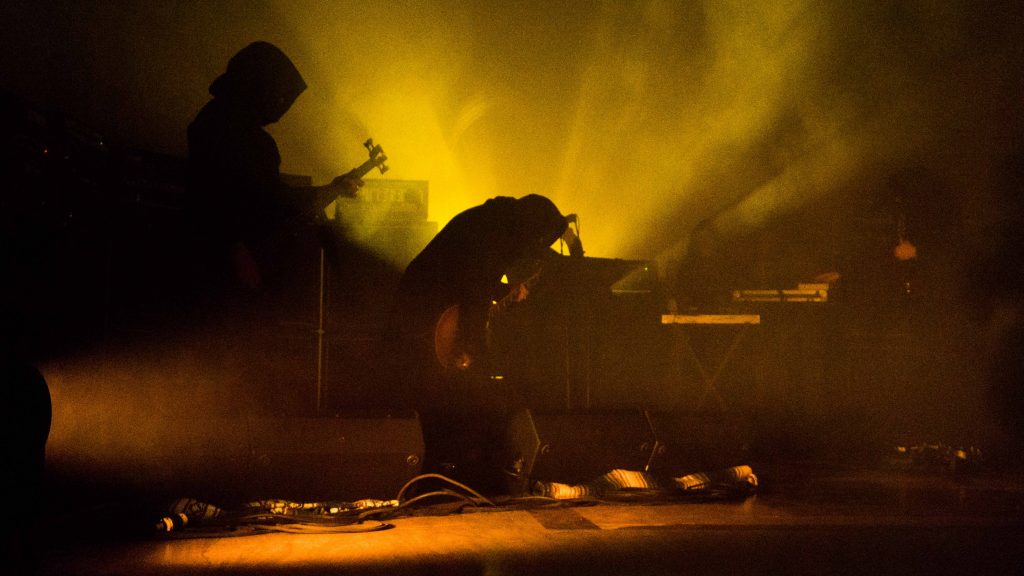 What I got most from this was how personal it was.  Though you are hidden away by this unstoppable force, so is everyone else around you.  In a room of around a thousand people, I was left entirely alone. When I moved through the church to take pictures, I noticed that others were completely in their own, cut off and unconcerned with the world.

It doesn’t matter where this performance was.  It could have been done in someone’s basement and the music would have gotten through all the same.  Quite honestly, I’d be surprised if you couldn’t hear them down the block. The way that their sounds amplify and vibrate into, around, and out of the space that tries to restrict is why someone may enjoy an hour and a half set of five men playing a note every ten seconds.  Music this loud rejects any form of personalization, appropriating the space as you bask in its all-powerful sound. The importance is lost on the idea of the building and brings focus to the idea that human experience will continue with or such spaces. 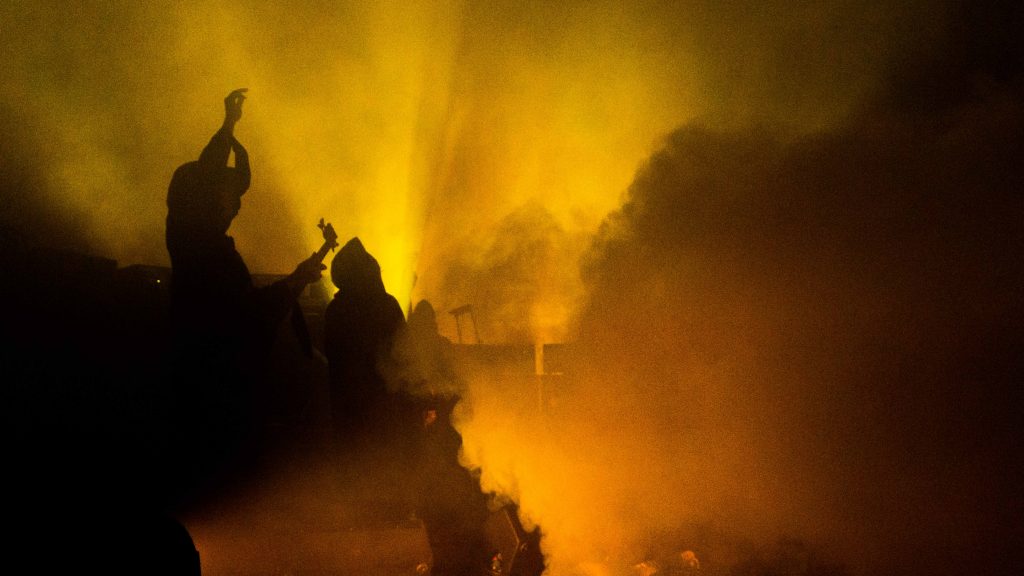 There’s no Instagram caption that will do this justice other than saying “I was here.” What could I possibly add to the discussion that wouldn’t sound like I was either missing the point or just trying to seem cool and different?  Our personal experiences can only thrive internally, as there are no words that exist to accurately communicate our experiences. People will always try to mold things into their own, but when it’s something on this large of a scale, it seems like it’s best to say nothing at all.