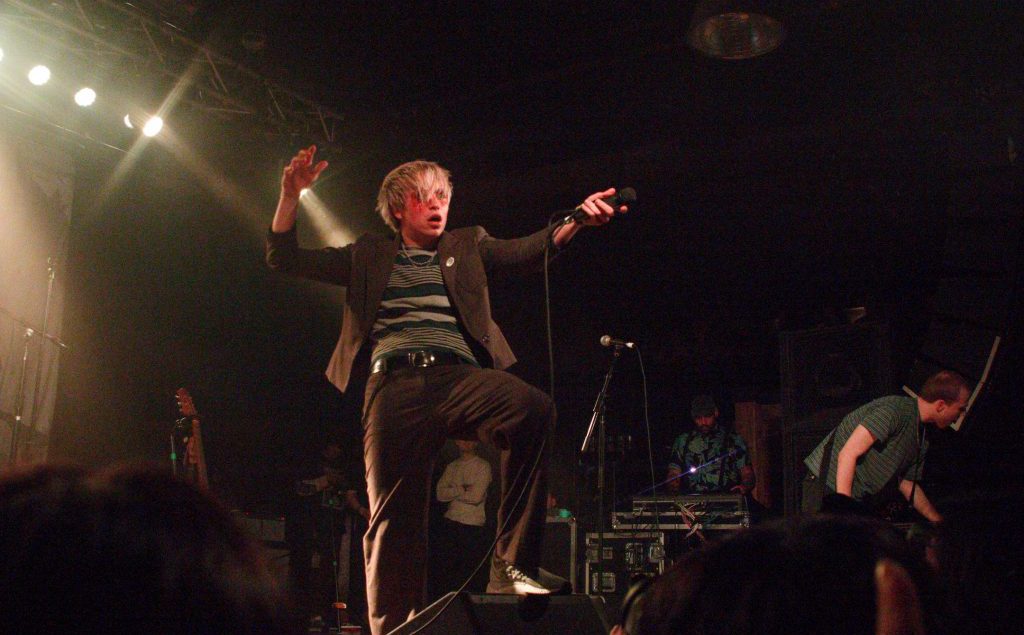 Before the SWMRS show, my friend and I mused about how we weren’t big fans of the new album and preferred the old. We were nervous about how the show would go because of this, but I was confident that the band would bring the type of energy to their concert that forces you to love the music and felt excited nonetheless.

We walked into Concord Music Hall about an hour late, but the first opener was still performing. It was my first time at the venue, and I was impressed by the large sugar skull painted on the wall of the main floor.

There was already a surprisingly big crowd. The audience was super into the first opener already, jumping with a lot of energy and moshing. I thought the opener was The Regrettes, but learned later that they had to drop out last minute and Destroy Boys stepped in. Destroy Boys was decent. They are an all girl group with repetitive but fun rock songs. At one point, they called the crowd to split down the middle for a Wall of Death, in which the two halves of the crowd happily plunged into each other. 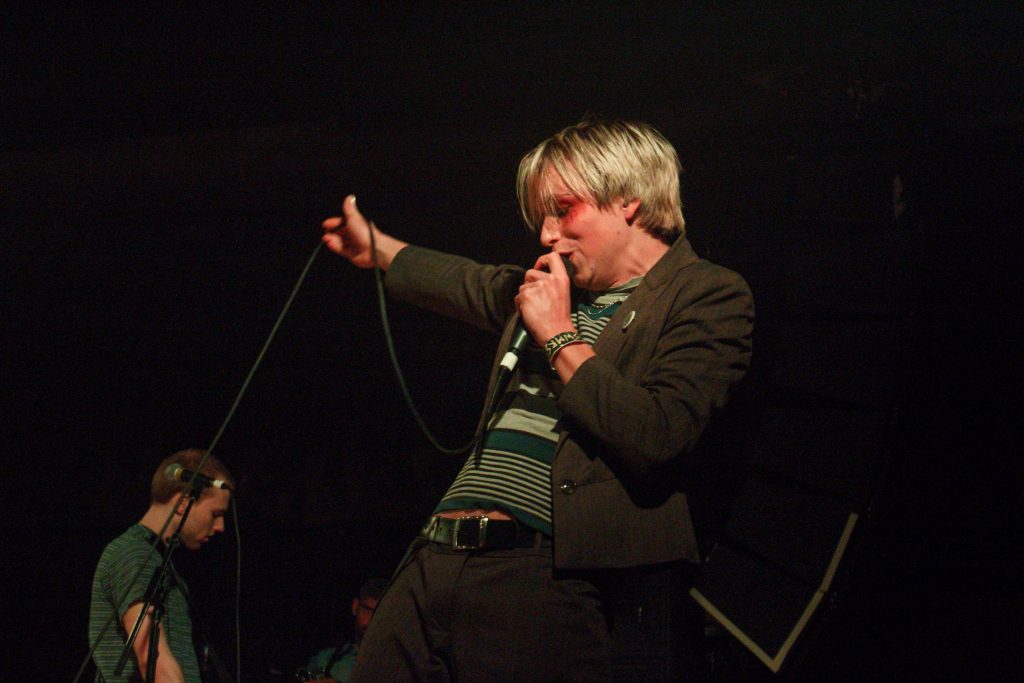 The next band on was Beach Goons, an indie/surf rock band from San Diego. Their set design was pretty minimalistic: just two wooden cutouts of a sad and happy clown face. They had incredible energy, and the crowd went wild for them, moshing and crowd surfing. Their stage presence made it seem like they could have been the main act. In fact, it seemed like a lot of people were there for them, as many left after their set. Their songs ranged from upbeat punk rock to sweet Spanish tunes like “Chunti.”

Beach Goons also incorporated the audience into one of their songs, introducing it as super easy to follow because the only lyrics are,

“Everybody is dead / All my friends are dead / And I’m tryin’ my best / My best to reach things.”

Everyone sang along and the band asked for another Wall of Death. You could tell they were feeding off of the crowd’s insane energy. Their second to last song “Miedo” had a very angsty vibe, but they finished their set with a fun cover of “La Bamba.”

SWMRS, a California-based punk group came on next. The lead singer of SWMRS Cole Becker is obviously very politically aware. Becker stopped to talk about the band’s no tolerance for sexual assault, even saying they would stop the show to handle the situation and kick the person out. They opened up with “Trashbag Baby,” promoting the crowd to go wild. Eventually, SWMRS called for a Wall of Death too. 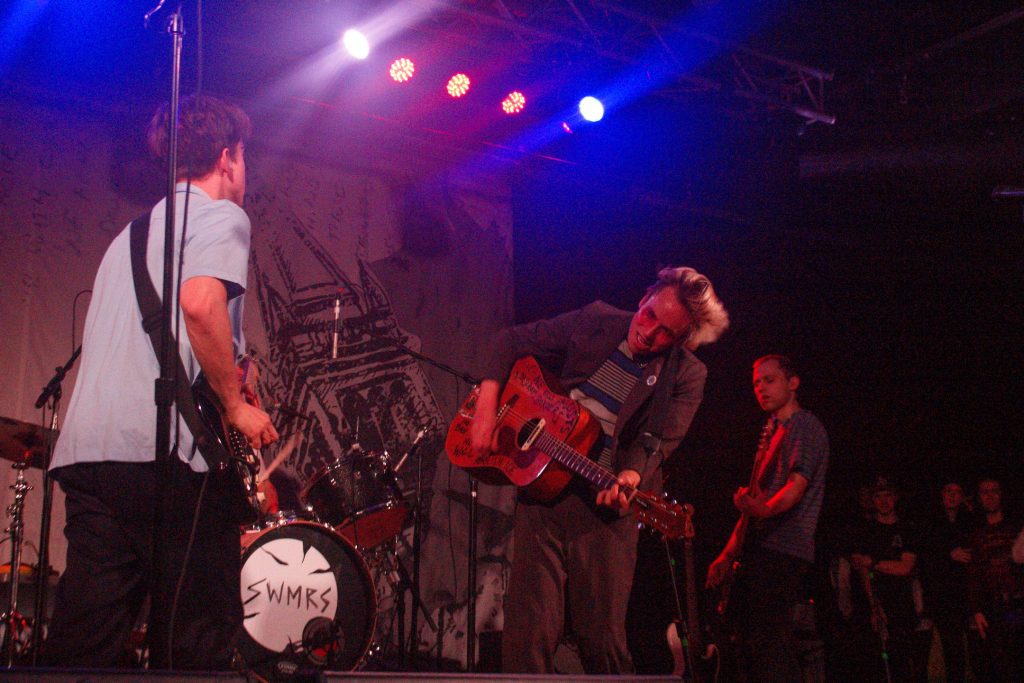 Becker would occasionally stop to address how good of a time he was having with the crowd, once saying “Well yee to the motherfuckin’ ha this is crazy!” Before “Berkley’s on Fire,” he shouted “Chicago is on fire!!” At that point, I put my notes down and joined the mosh pit.

Becker was obviously a really lovely person. At one point, he made sure to thank the staff of the venue, his crew and the openers, and then told us to thank our moms (as they were the reason we were there in the first place.) He continuously interacted with the crowd, seemingly feeding off our intense energy and relentless moshing. 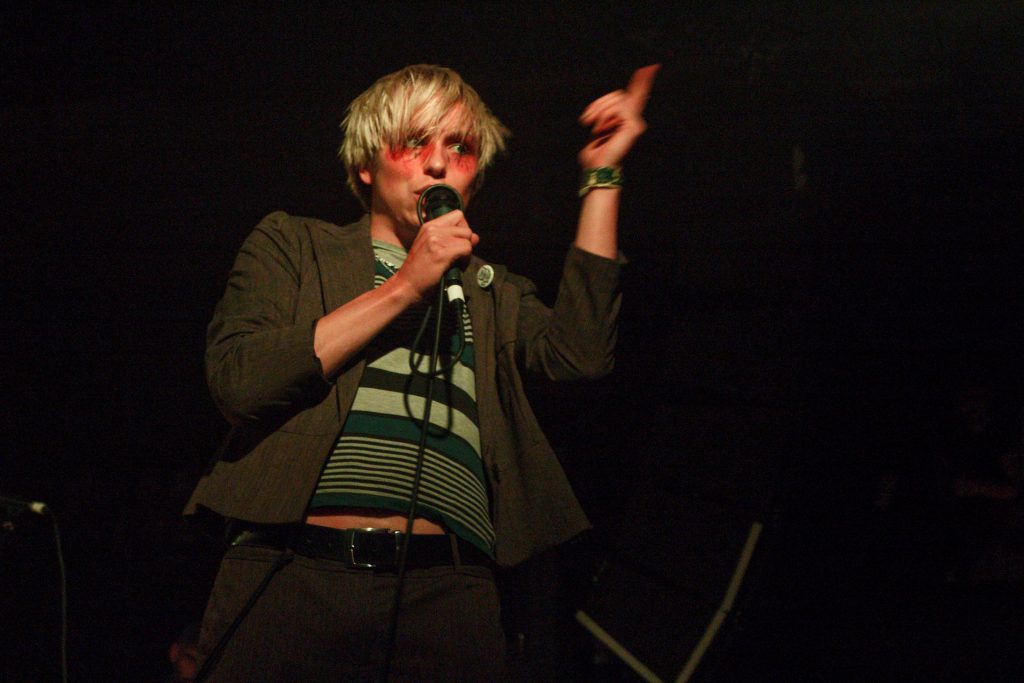 During one slower song, however, he prompted short people to get on shoulders and for everyone to pull their lighters out. Strangers in the crowd put their arms over each other shoulders and swayed along to the song.

SWMRS’ made the crowd feel like a real community.

The crowd’s energy lasted until the end. During “Hellboy,” two of the girls from the opener band stage dived, as well as the lead singer of Beach Goons. For “Palm Trees,” I crowd surfed.

Cole perfectly summed up the night: “There’s not that much more I can say to you guys because you’re fucking perfect.”