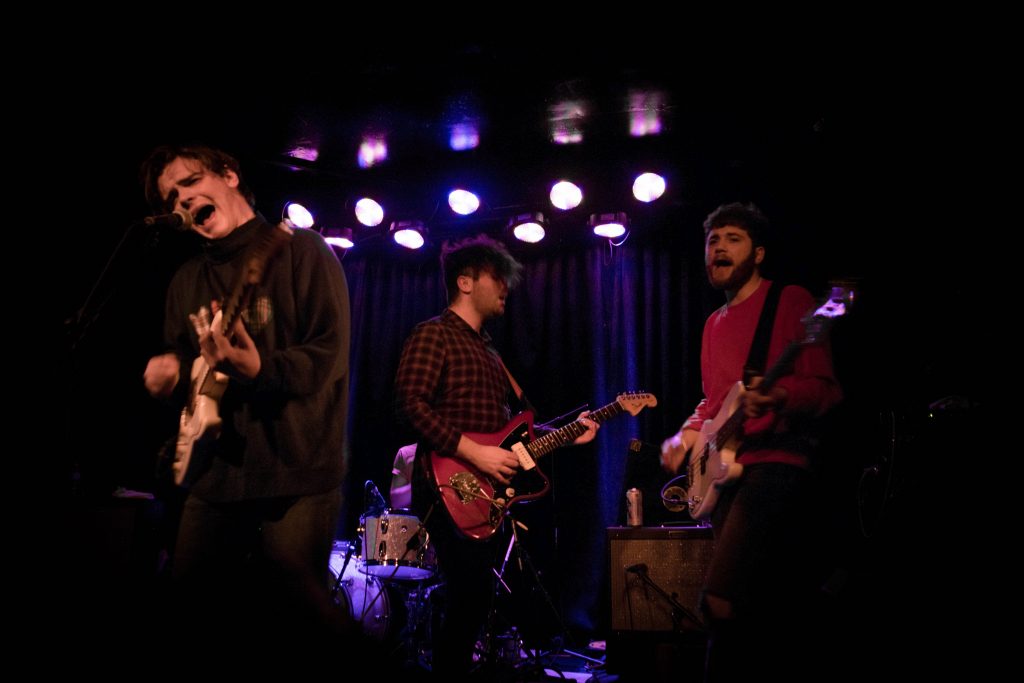 I returned to Beat Kitchen on Friday night for The Academic’s first show in Chicago, and knew just from the look of the audience that it was going to be a lot different of a night than Panda Riot the previous weekend. Beat Kitchen’s small concert space was packed to its brim with young adults. Some were couples, and others in groups. It was equally male and female, but you could tell everyone was there for The Academic and that they had been waiting a long time for this night.

The 1 Class was the first opening band, hailing from Chicago and consisting of only two people: Chris Holben, vocalist and guitarist, and drummer Jacob Dollaske. Right off the bat Dollaske’s skill was clear – he played complicated rhythms, appearing to nearly work his body to death by the end of their set. They were very much your typical indie-pop pretty boys, reminiscent of the likes of Two Door Cinema Club. Their lyrical content was a tad cliché and Holben had a tendency to slip a little out of key in his belting range, but overall they showed good potential and had the crowd bopping along. 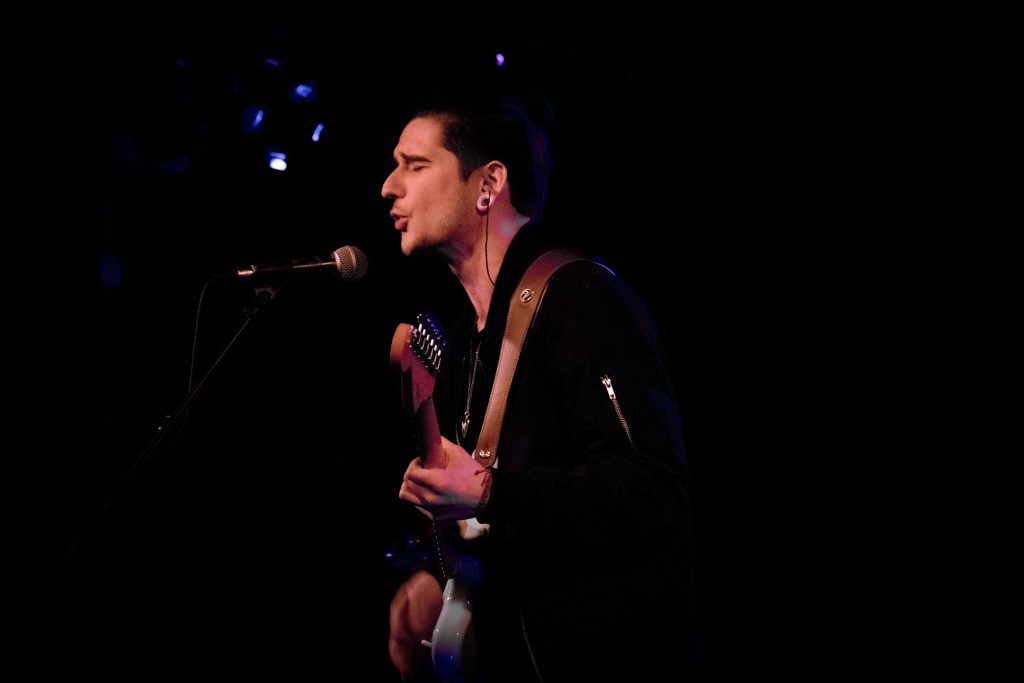 Next up was August Hotel, another local band who seemed to have a larger fanbase in the crowd than The 1 Class. Before they even stepped on stage, their setup made me very curious about their sound – they had four mics, a keytar, two keyboards, a bass guitar, guitar, and drums. However, it started making a little more sense when five men stepped on stage and assumed their positions. Lead singer Joe Padilla looked very Judd Nelson à la The Breakfast Club in a long black trench coat and black eyeliner, while the rest of the band fit the artsy-college-kid stereotype. Their sound was poppy with much inspiration taken from the 80s: think an odd mashup of Hippo Campus and Depeche Mode. As Padilla said during the set, “The 80s are back and it’s cool again.” Padilla’s voice was one that could only come from a background in theatre, which didn’t mesh the best with the instrumental aspect but definitely worked for the band as a whole. All in all, they were great performers, and when they told the crowd to “go f***cking mental” during the last song, they did. 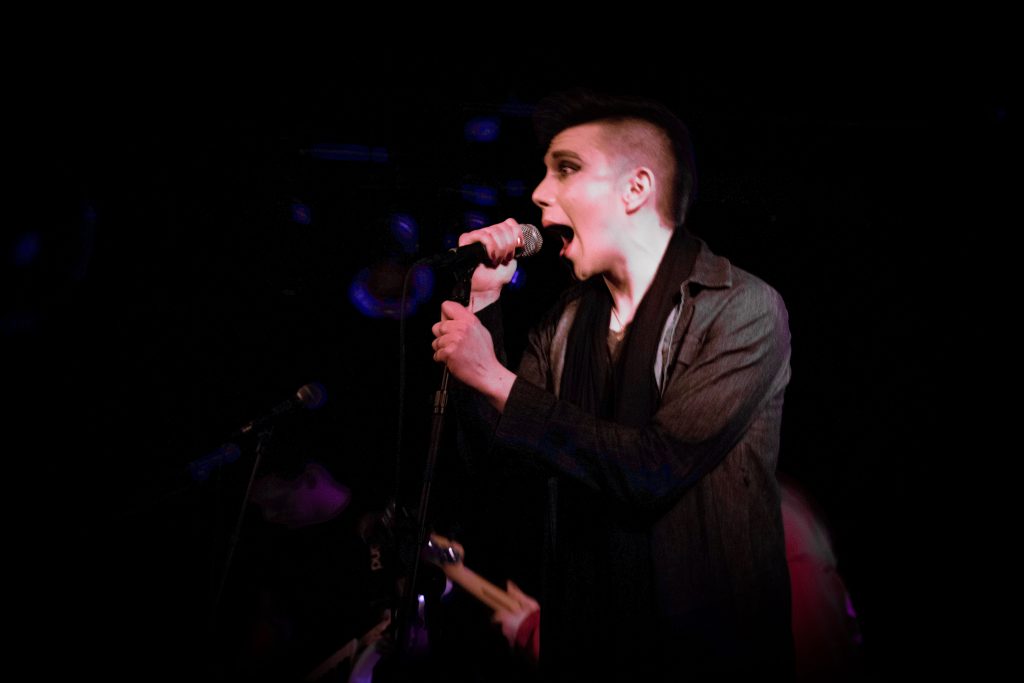 The Academic’s entrance was greeted by a roar of applause. Vocalist and guitarist Craig Ferguson greeted the audience with a smile and his thick Irish accent: “Hello, Chicago! We’re The Academic and we’re here all the way from Ireland!” They then launched into the first song on their debut full-length album Tales From the Backseat, “Permanent Vacation.” Immediately similarities could be drawn to fellow British bands Kaiser Chiefs, The Wombats, and Catfish & The Bottlemen, mainly due to their indie rock melodies, lyric repetition and shoutable choruses. Ferguson’s sugary sweet voice was complemented nicely by skillful guitar riffs and head nod-inducing drum lines, coming together to produce a very well-rounded sound that was great to dance to. Toward the middle of their set, they began to play tracks from their 2015 EP Loose Friends, and even an unpublished song called “Small Town Lovers” that Ferguson explained the man standing to the right of me had requested on Twitter before the show. Their older work has guitar lines more reminiscent of The Strokes, a quality that I found myself enjoying, particularly on the slow-building track “Thought I Told You.” Before getting into the last three songs, Ferguson broke up the set with a story from their stay in Chicago. He explained that often, his small stature and baby face get him mistaken for a child, which is something that inspired their song “Fake ID.” While staying in their hotel in Chicago, Ferguson went for a swim in the pool, only to be asked by the lifeguard if he was over 17 and therefore allowed to be there without an adult. This anecdote had the crowd smiling from ear to ear and boosted the already intimate stage presence of the band. Ending with their most popular track “Bear Claws,” which had the whole crowd singing along to its catchy chorus: “Ay, oh, I’ll never let you go.” 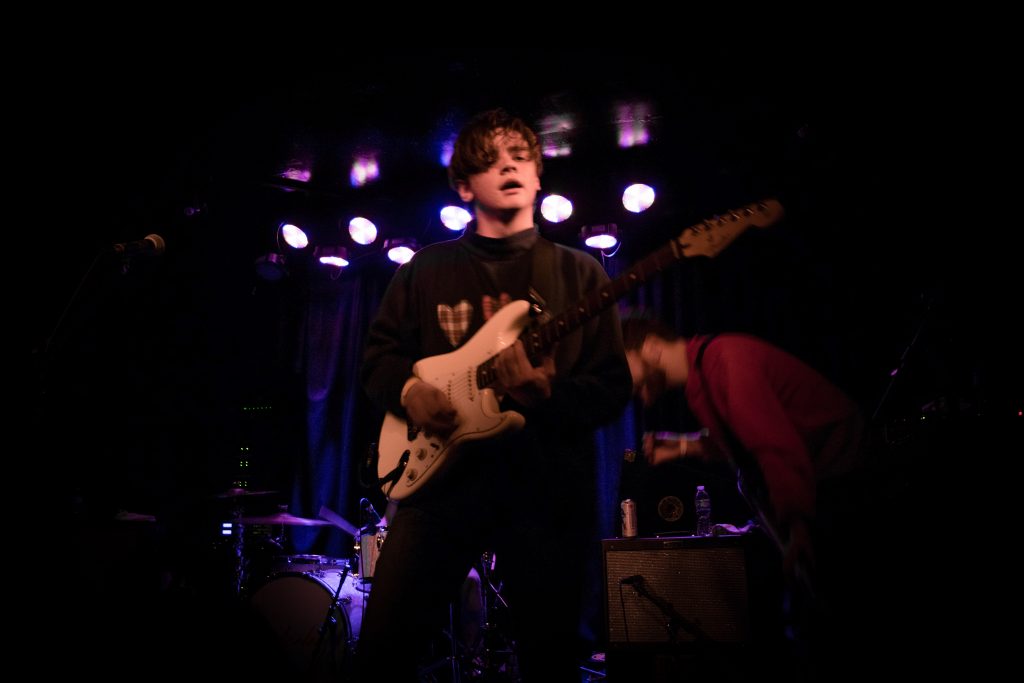 With an already strong fanbase in Chicago and the rest of their first U.S. headlining tour, there is no doubt that The Academic will continue to grow in popularity in the states. Their personality, talent, and solid delivery definitely deserves to be rewarded, and I walked away from the show excited to listen to more of their album – which is what it’s all about, right?