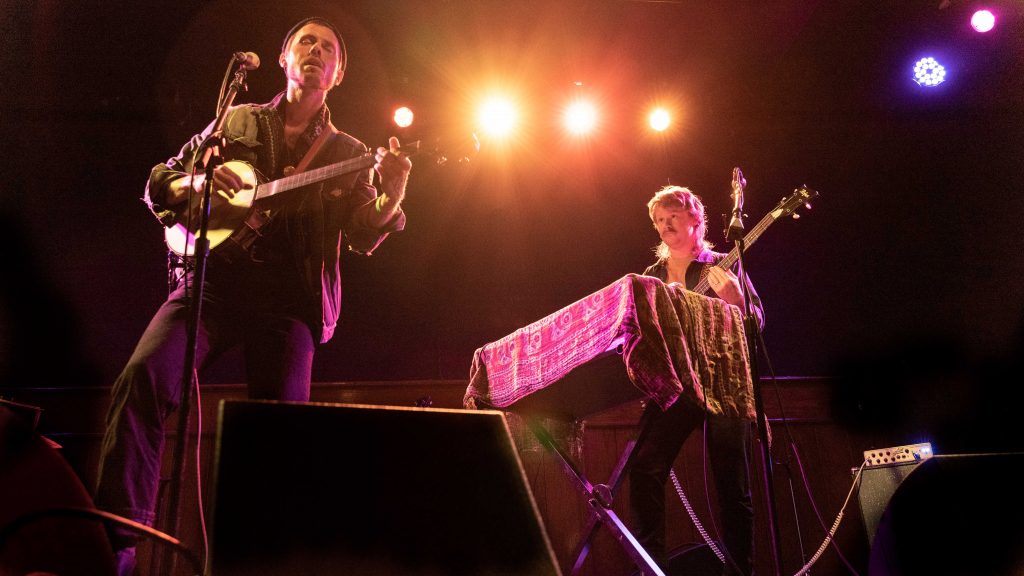 A Tuesday night at Schubas. The crowd was expectedly smaller than the usual weekend bunch but would continue to grow as the night progressed. First to take the stage was the Chicago-based four-piece Minor Moon. The music was complex, but approachable, incorporating smooth, jazzy drum patterns and non-standard tunings. They had also contracted a lap steel player for the evening. They had all the makings of a folky Americana/country group but played without the twang that usually accompanies the cross-genre. Their sound was impossible to nail down, as each aspect seemed to be in direct contradiction to another but fell somewhere along the lines of psychedelic folk rock and bluesy soul tunes, with improvised sections reminiscent of a festival jam band.

This show was a special one, as frontman Sam Cantor’s brother and sister-in-law were in attendance, fresh off a plane from Boston. The band has two albums to their credit, with a four-year gap between releases. They stayed busy between albums, however, sprinkling a combination of singles and EP’s out into the world. Back to the special nature of the show: the band played two new tunes after sampling from their earlier discography. One was a well-worn-in track that simply didn’t make the cut for the most recent release, and one was a world-debut that was well received by the small but vocal crowd. They closed with “An Opening (Parting Song)” from their most recent album An Opening, and the crowd seemed reluctant to part with the five. But fret not! This certainly won’t be the last you hear of Minor Moon.

After a brief intermission, The Dead Tongues took the stage. The two men looked isolated on the medium-sized stage—a nice compliment to the somber atmosphere of the tunes to come. Ryan Gustafson’s torture and anguish are artfully encapsulated in dark folk melodies supplied by guitar, banjo, and harmonica. These are contrasted by shining moments of optimism, and the whole thing is held together by his meandering vocals that drift from topic to topic, covering everything to hard-times-past and love lost to the smaller joys of life yet lived. His music captures the essence of “slowing things down”—taking it all in. The drum patterns and bass lines supplied by his touring partner syncopated and swirled about, expertly underlining finger-picked flusters of complications and adding a thicker, more rounded-out texture to the experience. The two men were an army of music. An orchestra. Organic but well-practiced. Chasmic and vast, but detail-rich. All this from their first ever show as a duo!

Gustafson, having toured with Hiss Golden Messenger and Phil Cook’s Guitarheels, is a seasoned road-man. His nomadic lifestyle, paired with musical excellence and a clear-minded artistic vision, inform all of his works. His most recent, and third, studio album, Unsung Passage, is a great success. The ten-track project breathes and oozes something that is his own. Its predecessor, Montana, is similarly genius, but less evolved. His most recent release, a single entitled “Road to Heaven” hints at even more to come. 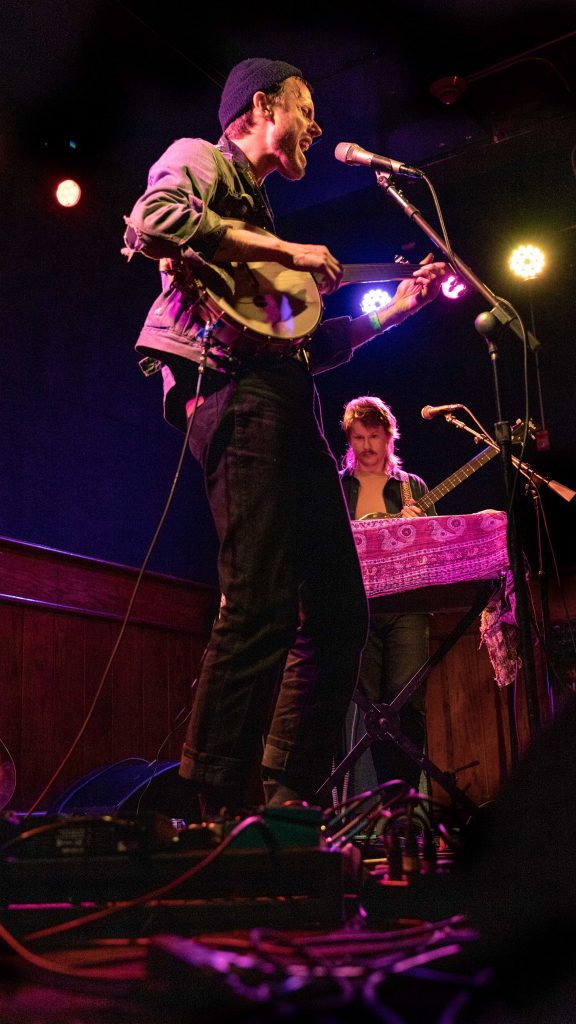 The twosome’s set at Schubas was the first stop on a leisurely US tour, after a slight delay due to illness. The entire set was well received by the warm crowd. Gustafson broke out the banjo for my personal favorite song of his, “Wildflower Perfume” off of his aforementioned sophomore album Montana. Fans of Charlie Parr, Caamp, Mandolin Orange, The Ghost of Paul Revere, and of course, Hiss Golden, will eat The Dead Tongues up. They’re definitely worth a listen.