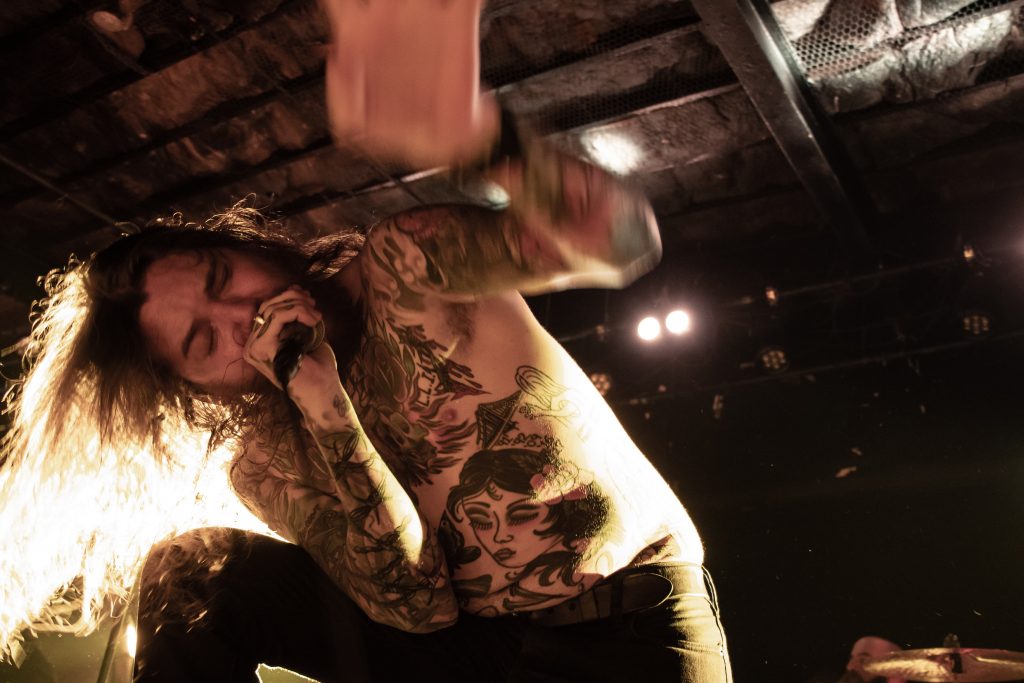 I got Mike Hranica’s hair sweat in my mouth. This was the not the first time that hundreds of droplets of The Devil Wears Prada’s lead singer’s sweat flew into my face, and it wouldn’t be the last.

On November 23rd the metal band The Devil Wears Prada performed the entirety of their album With Roots Above and Branches Below at Chicago’s Bottom Lounge as part of the album’s 10 year anniversary tour. 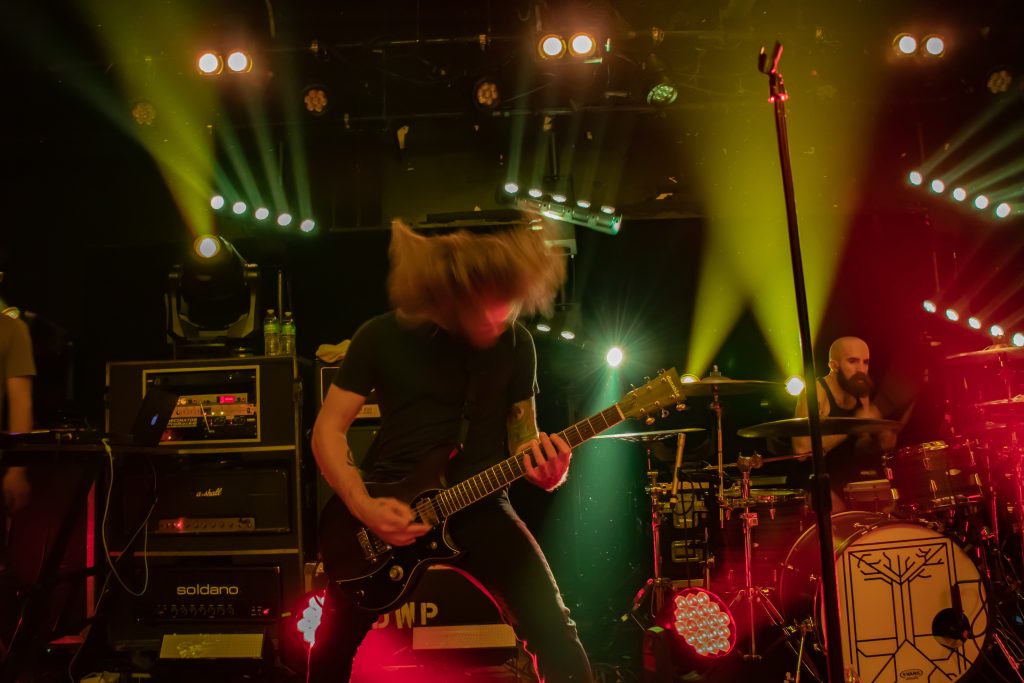 Before the headliner’s long-winded set, noise punk band ’68 started the night with a loud bang and a little confusion. “Experimental” barely begins to describe the duo’s unusual sound and methods, and some of vocalist and guitarist Josh Scogin’s antics included climbing on top of the drummer’s setup and conducting a casual conversation with him as if they were the only two in the room. Their performance was engaging to say the least, and Scogin even carried the drum set off stage piece by piece as the drummer continued to play during the final song. While some of the leather-adorned crowd stood with arms crossed in confusion, most of the audience cheered and laughed at the dissonant sound effects and infectious energy of the duo. Their vibrant youthfulness and experimental methods mixed well with their old school punk sound, and fans of the genre should definitely give them a listen.

More in line with the headliner, metalcore band Fit For A King brought the “heavy” to the stage in the next set. The four piece’s sound lies somewhere between emo and deathcore, and their mix of melodic vocals with mosh-inducing breakdowns really captured the entire audience. 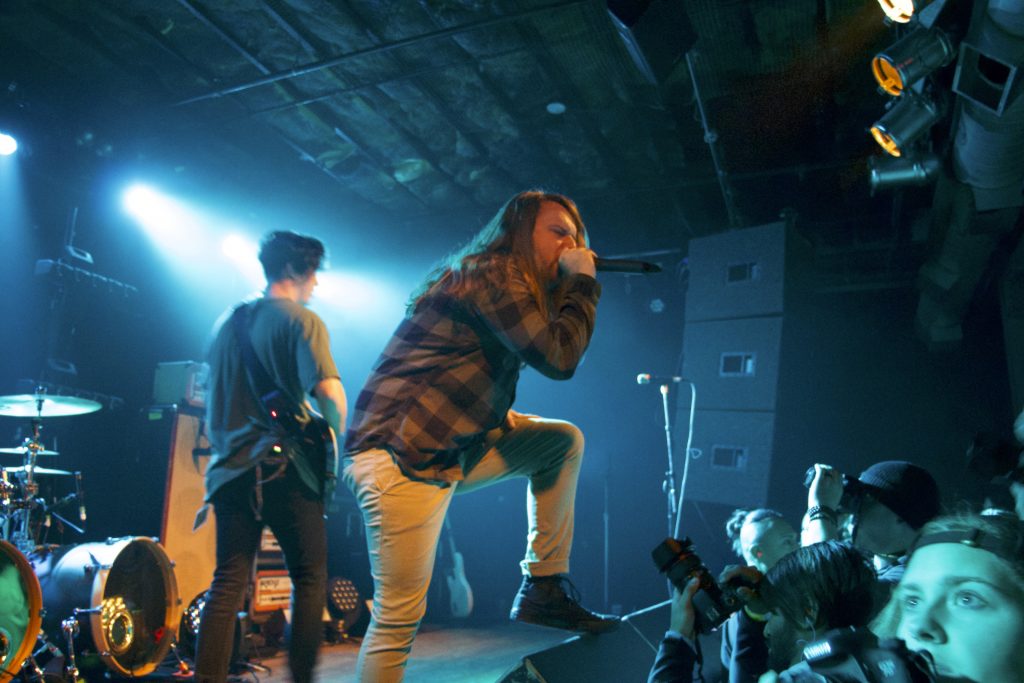 “When I count to three you know what to do! If someone falls down, you pick them up!” lead singer Ryan Kirby commanded the crowd just before the breakdown of “Pissed Off.” The floor shook in the crowded space of Bottom Lounge as the down-tuned guitars exploded through the speakers and the mosh pit opened up in middle of the venue. Crowd surfers took off as Kirby released a series of growling deathcore vocals, and fans screamed along with the lyrics.

Fit For A King’s set multiplied the energy in the confined and boiling hot space of Bottom Lounge with both catchy, clean hooks and grueling breakdowns. During their final song, the walls began to drip with moisture, and the familiar stuffiness, crowd surfing, and circle pits of a heavy metal show set up the night’s headliner in a perfectly brutal way. 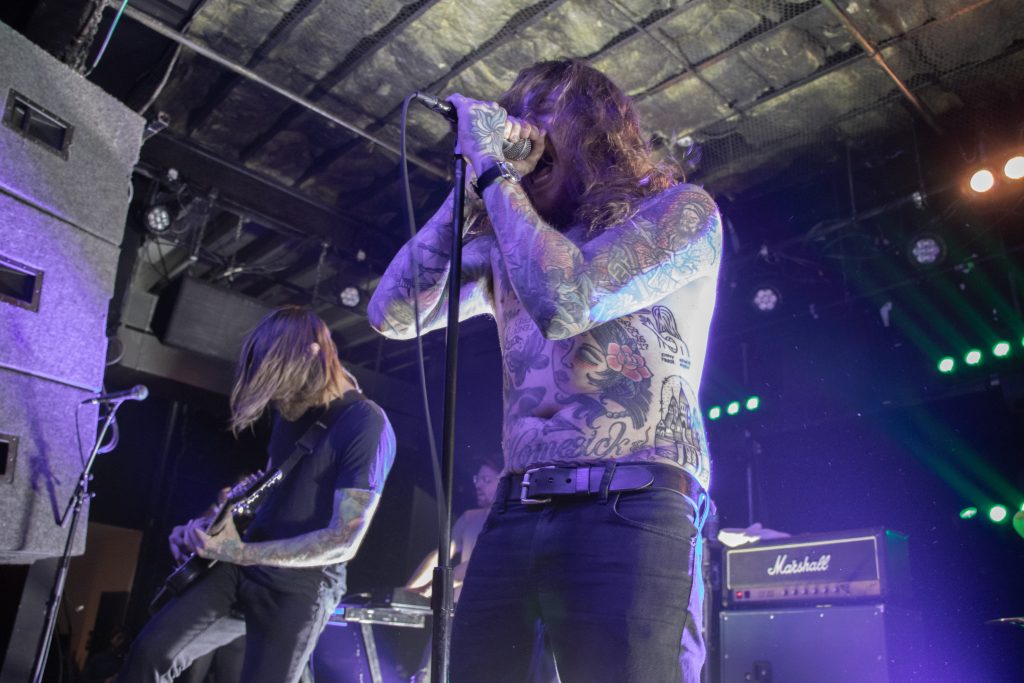 I had attended two Devil Wears Prada shows before, and neither of them could prepare me for the excitement of this one. A few years back, they had headlined another show at Bottom Lounge, but Hranica’s performance had been sloppy at best. His vocals were strained, and his eyes bugged out as he stumbled around the stage. At one point, he staggered into the front row directly on top of me where I was drenched with the infamous hair sweat as myself and a few others barely supported his tattooed frame from falling. However, this show was different since I was reporting, and it was an anniversary tour. 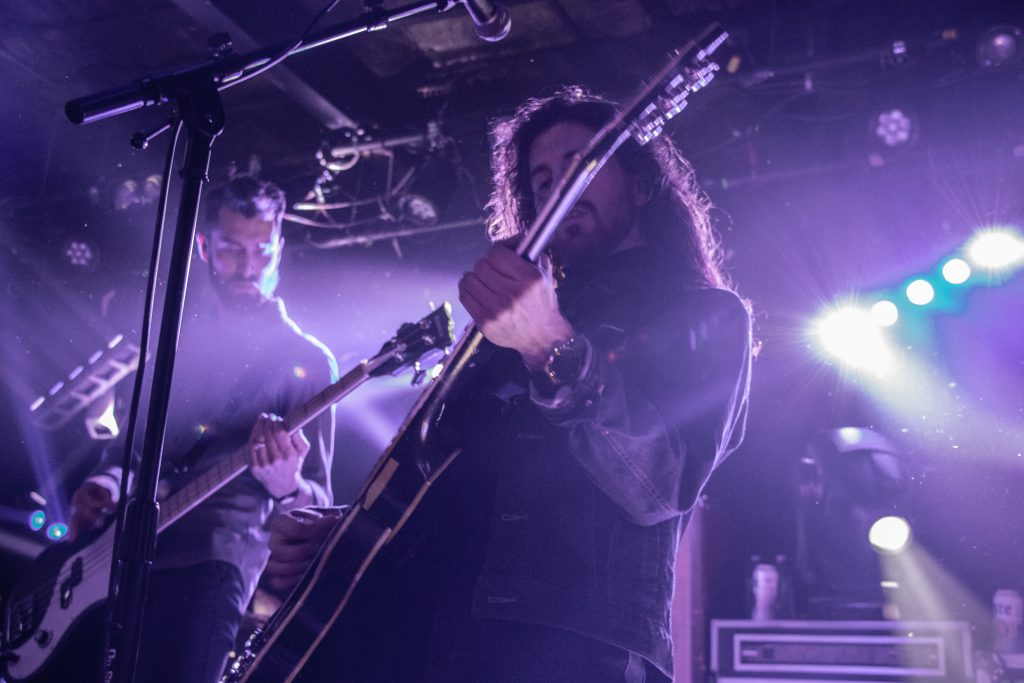 Rather than opening with the anniversary album, the metalcore outfit from Chicago riled the crowd up with fan favorites such as “To the Key of Evergreen” and “Born to Lose.” It happened during the latter song. The main riff and dual breakdowns in “Born to Lose” are some of my favorite moments in all metal, and I was intent on capturing the adept guitar playing of Kyle Sipress. So of course, I failed to notice the forever shirtless Mike approaching the crowd where I had positioned myself for shooting. In one swift flip of his shoulder-length hair, I was sprayed. 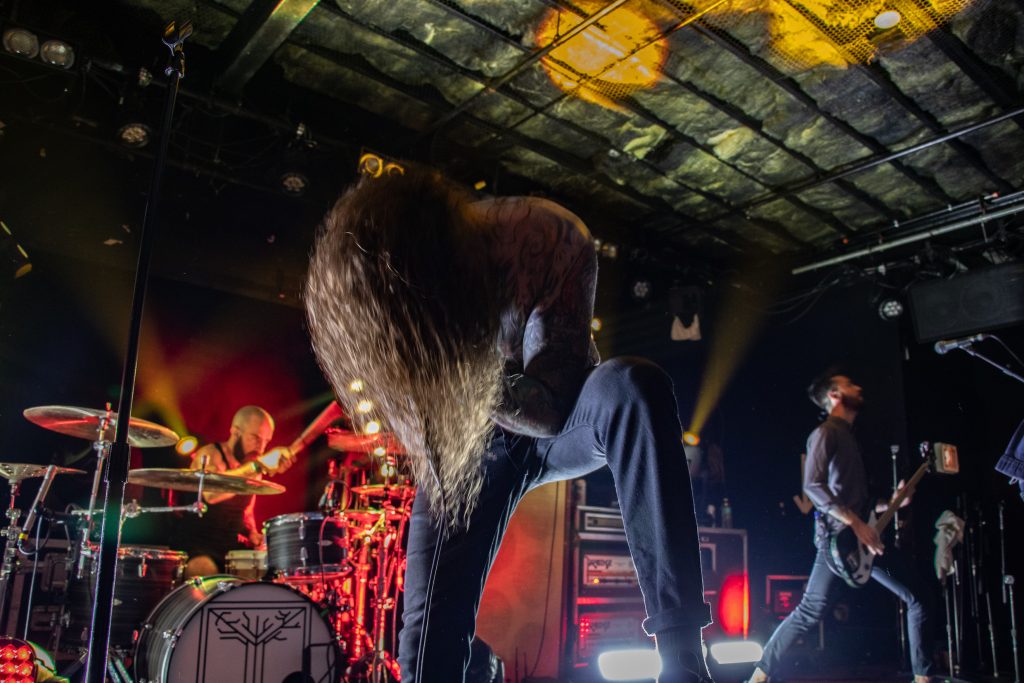 That being said, Hranica sprinted across the small stage with the energy of a man half his age, and when “Sassafras” (the first song off With Roots Above and Branches Below) began, the entire venue swelled with energy, as if the audience was possessed by a beast. Minimalist blue and green lights flashed behind the five-piece band, and fancy effects took a backseat to the music itself. Like many anniversary tours, this show was for the devout fans who knew every word to every song. It was heavy metal, pure and simple.