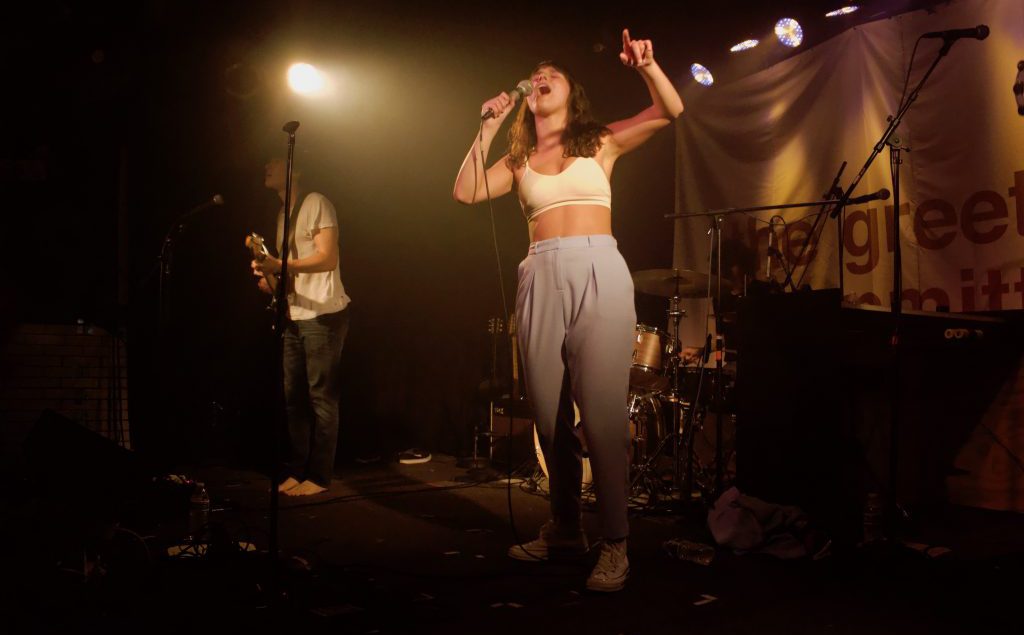 The Greeting Committee kicked off their first headlining tour at the Beat Kitchen, and they sure did act like a headliner. They made the intimate venue their space for the entirety of the night.

But before The Greeting Committee took the stage, Swatches got the room buzzing. If you were to look up “DIY garage indie pop” in the dictionary, you’d surely find this Chicago-based group as the primary example. The three softboys that made up the band got the crowd swaying and nodding through their combination of released and still-in-the-works songs. 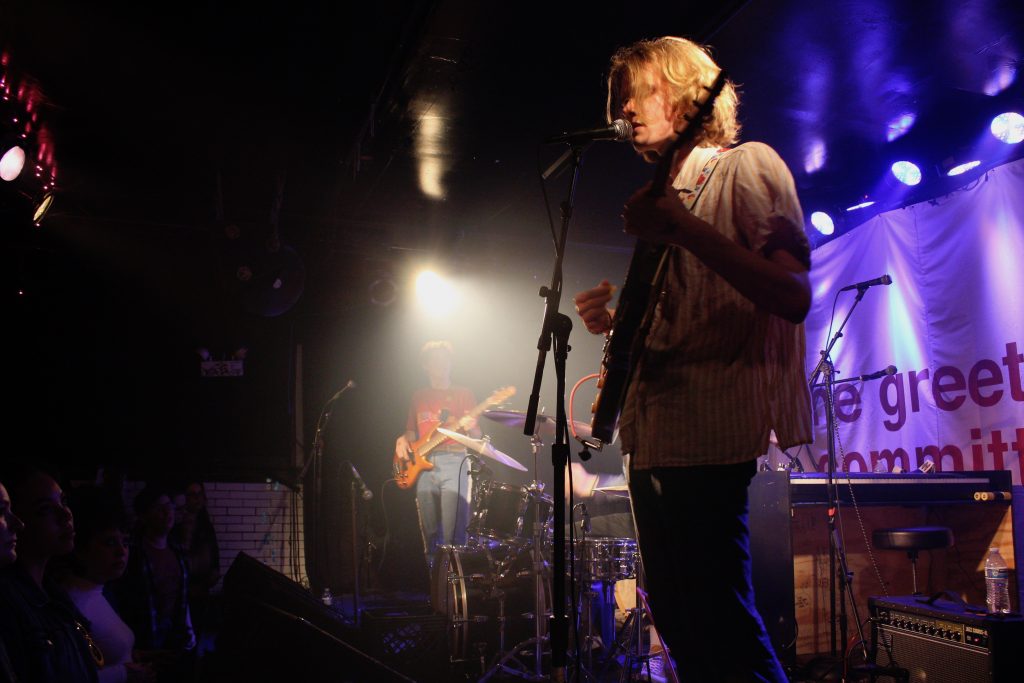 Their little interactions with the crowd were sweet, but they couldn’t have prepared the room for the energy to come from The Greeting Committee.

Frontwoman Addie Sartino was the first to take the stage as she grabbed the microphone and began looping utterances surged with “Is this it?” at the forefront. As both their most recent album and their upcoming tour were named This Is It, it was evident from the start that we were going to find an answer to the looped question by the end of the show.

At first, it seemed Sartino’s choreography wasn’t meant for the roughly 200 people compacted into the tight backroom. As she yelled at us to jump and get low as she slid around on stage, it felt all too cliche and planned out. 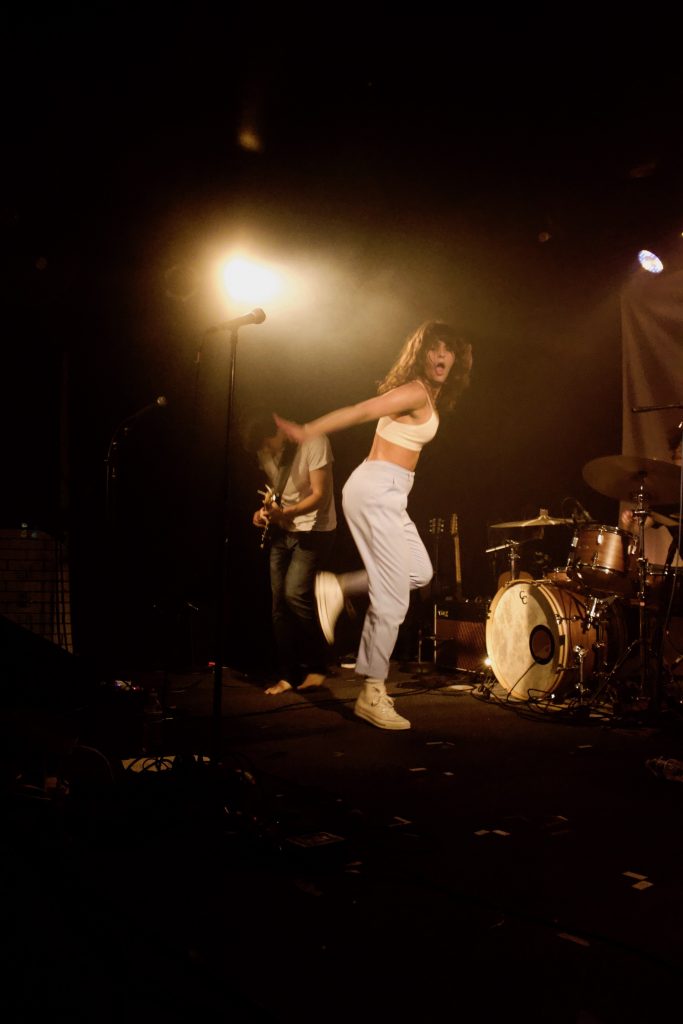 But by the time she shed half her pantsuit, it was evident that it was her genuine excitement and passion sending her flailing across the stage and even into the crowd as she started her own mosh pit.

What really struck me was Sartino’s diversity in emotions presented not only through her music, but through her performance.

From crowd surfing during the extended guitar solo in “Don’t Go” to squatting in the middle of the sitting crowd with just her acoustic guitar during the tear-jerking ballad “Elise,” Sartino left every emotion not just on the stage, but in every corner she treaded in that room.

The Greeting Committee even threw in a few covers, including Yeah Yeah Yeahs’ “Maps” and the go-to karaoke song “Valerie.” But this version of Valerie included an eight-minute extension, guest appearance by Chicago artist Beach Bunny, and division of the crowd to take responsibility for different elements of the song.

After begs from the audience for more, the band casually returned to the stage one-by-one as “I Don’t Mind” crescendoed with the addition of each musician.

Sharing a single microphone, Sartino and bassist Pierce Turcotte played off each other’s lines until the final declaration from Sartino — “This is it.”