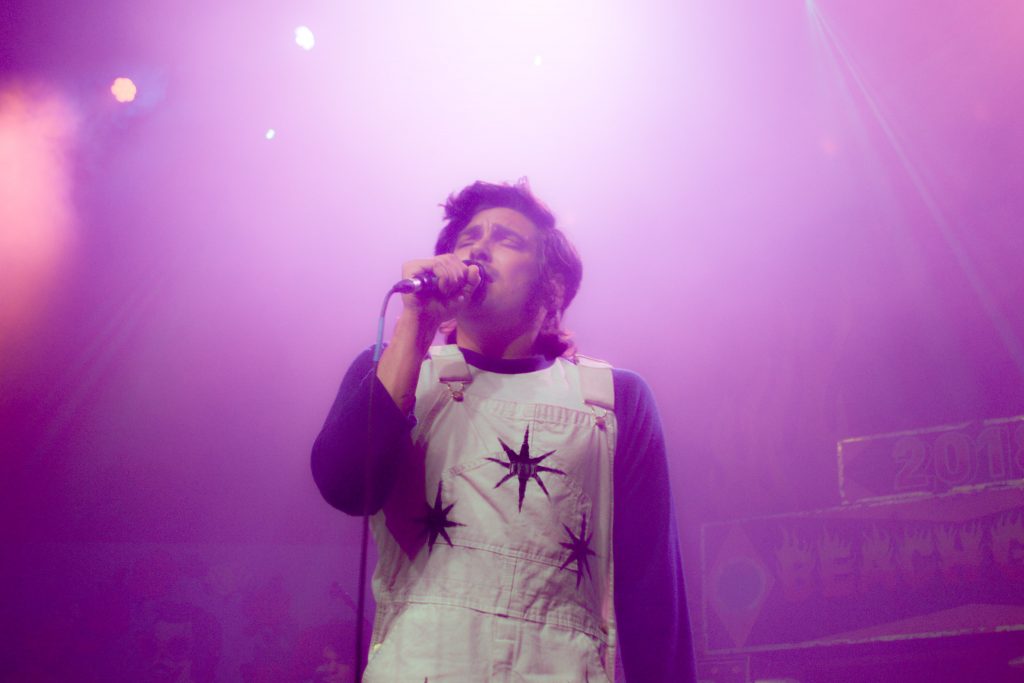 The Growlers made a stop in Chicago as part of their Beach Goth 2018 tour and filled The Riviera with fans of all ages.  High school hipsters mixed with Midwestern grandfathers, all came hyped to see the California-grown rock band.

As the show started, absolutely nobody was prepared for what was to come. The opener was Kirin J Callinan, an Australian singer/songwriter who threw the crowd for a loop. His music dabbled in several genres including electro-pop, screamo, and experimental rock.  He appeared on stage in a chain-link Darth Vader mask, jersey, track pants, and electric guitar. Then he proceeded to speak in a creepy Darth Vader voice, threw his electric guitar in the air multiple times, and excessively jerked his right arm as some kind of signature dance move. Although quite off-pitch, he held notes for an uncomfortably long period of time and made comments like, “come find me after this and give me a kiss.” Everybody was at a loss of words and became progressively more confused as his performance went on. After a few minutes of processing, the guy behind me managed to summarize the show by saying, “I just watched a guy trip acid on stage for 25 minutes straight.” 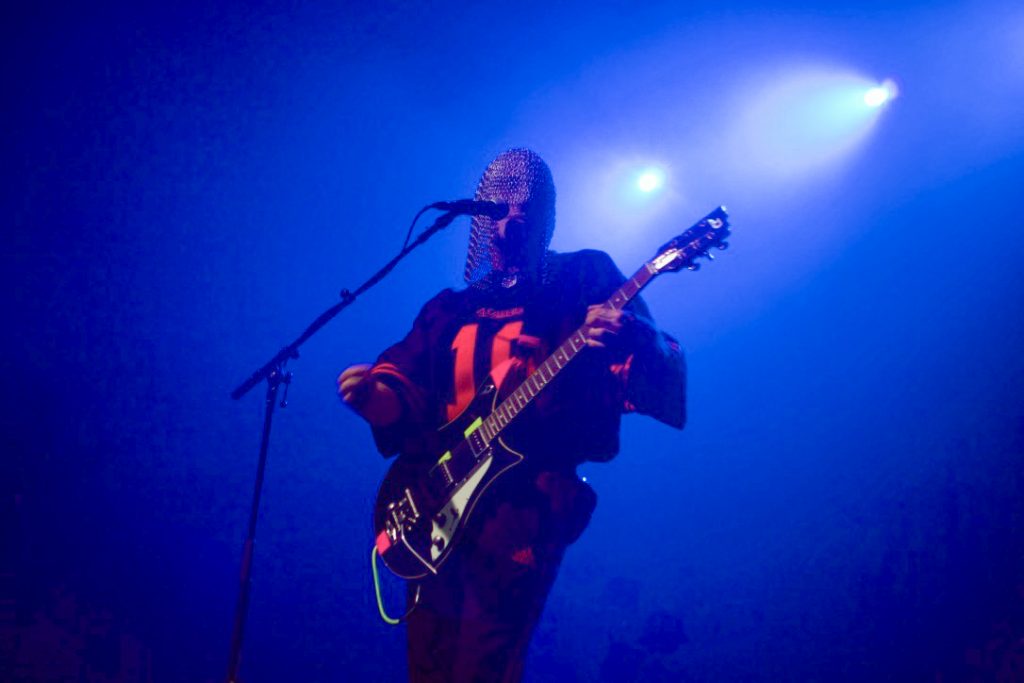 Callinan’s performance is hands down the strangest thing I have ever experienced. The most bizarre part of the night had to be when this grown man took his shirt off, stopped the music, and managed to scream for four minutes straight.  I shouldn’t have underestimated his ability to baffle the audience when he proceeded to chant, “I AM NOT A BABY, I AM NOT A BOY, I AM THE TODDLER” in a thick Australian accent. The same guy from before accurately described the feelings we were left with, “I feel uncomfortable, I feel like I need to take a shower after that.”  I’m afraid that the opener ended up overshadowing The Growlers’ entire set.

Although Callinan is definitely who I walked out thinking about afterwards, The Growlers really impressed me.  They came out in matching black and white jumpsuits and converse. Throughout each song the robotic-looking band members showed no expression in their faces and left it to the lead singer, Brooks Nielsen, to take the spotlight. Nielsen had an extra raspy voice that night which added a bit more overall grunginess to the live performance. Acid Rain, a song from their first album, was a crowd favorite. Nielsen had a lot of personality, super sassy but just as endearing, like a sour patch kid in the flesh. 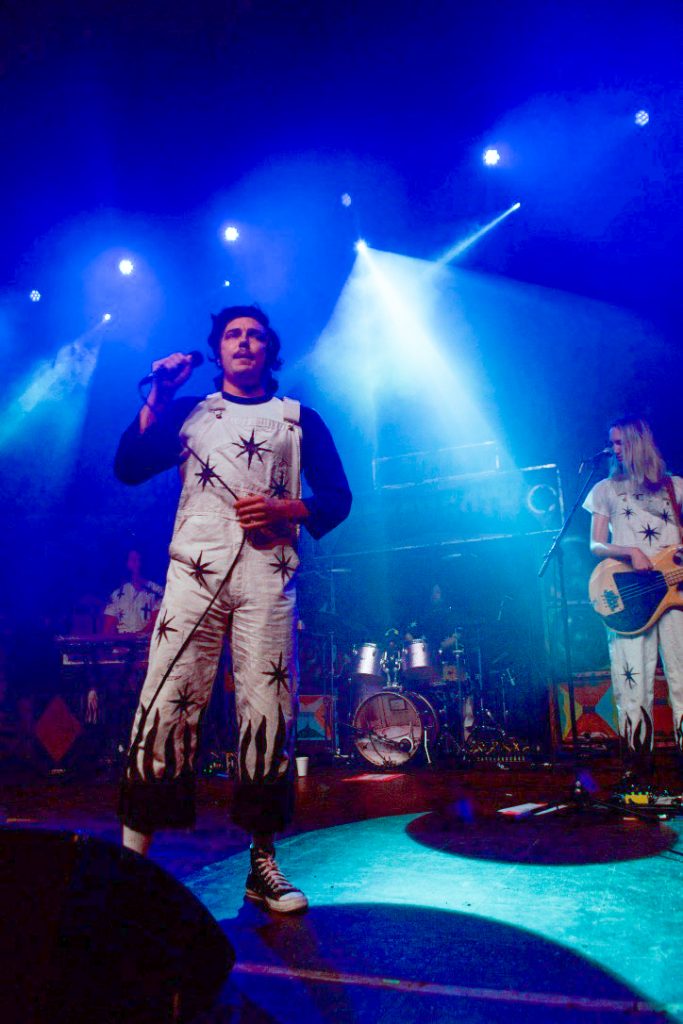 Once we made our way up to the balcony overlooking the crowd, I got a chance to notice the lack of phones in people’s hands. It was refreshing to see everyone so absorbed in the songs they loved and not feeling the need to publicize it all over social media.  I can’t remember the last time I’d seen a crowd so present. 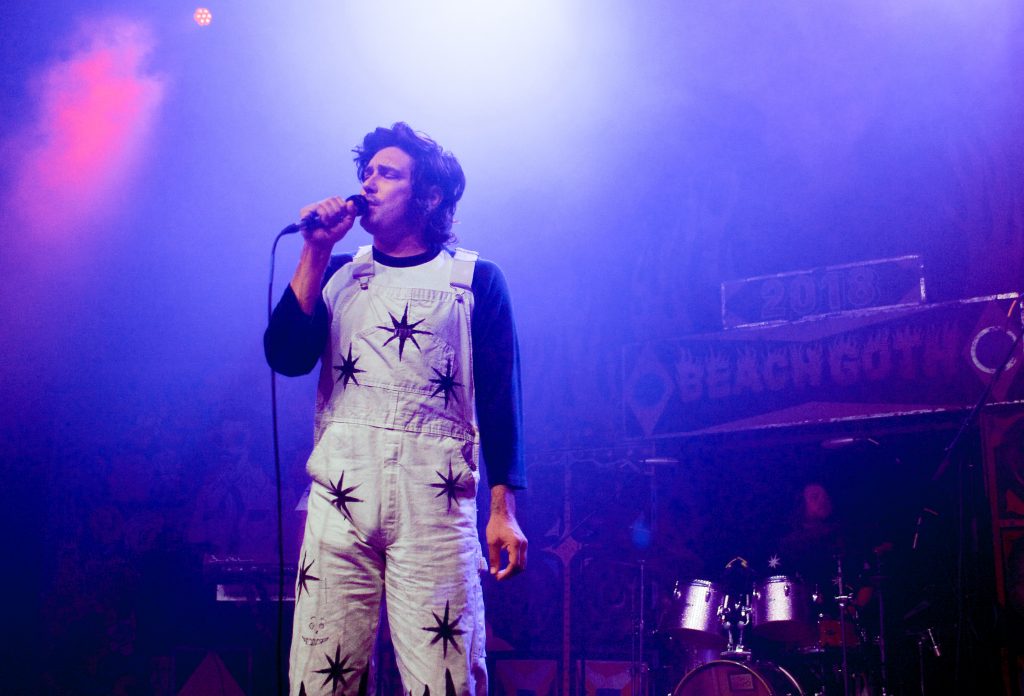 Overall I’d say Beach Goth was an accurate description of the atmosphere.  Their California background definitely came through, while the singer’s raspy voice and band’s melancholy vibe fulfilled the goth aspect.  Like I said though, this was the first time I walked out of a concert raving about the opener. The show was a trip from start to finish.