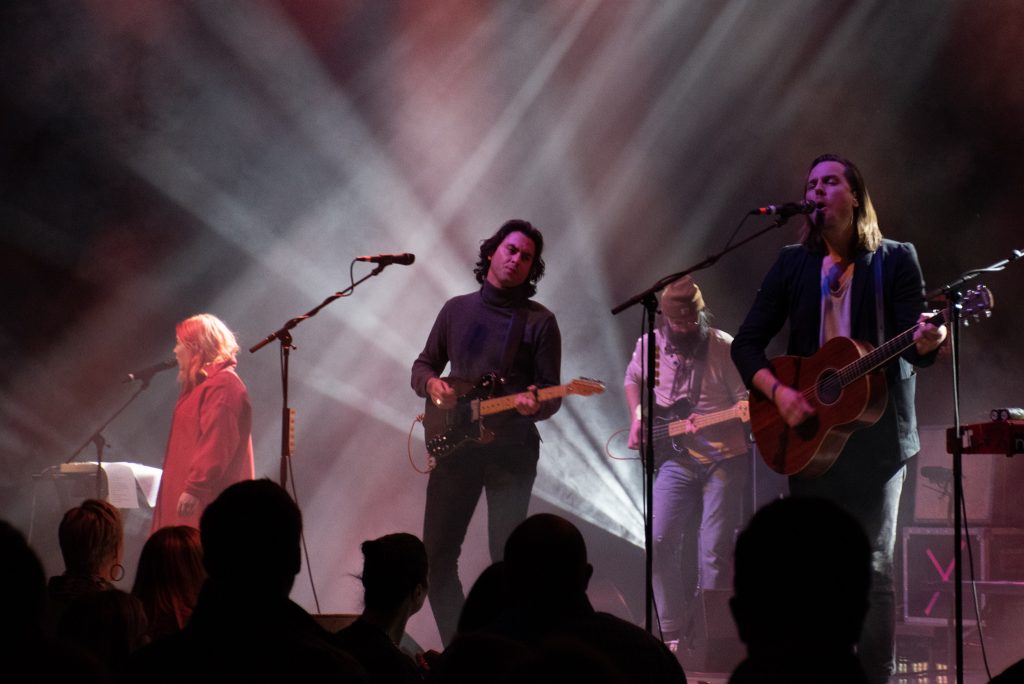 I’ll admit, I thought of Seattle-based The Head and the Heart as one-dimensional before seeing them at the Chicago Theatre. As far as I knew, the group made strictly high school cross-country team montage music. The one song I knew well, “All We Ever Knew,” featured a classic buildup to an anthemy OneRepublic-like chorus, but it lacked in experimentation and lyrical content. I was pleasantly surprised with their versatility in this performance.

Opener Mt. Joy dropped their folky, relaxing debut album earlier in 2018. It’s the kind of album that fits well with a nighttime drive through the woods. The band delivered a similar tranquil sound in their set, incorporating lush, dreamy instrumentals into several tracks. A personal favorite was “Dirty Love”, which featured crackling cymbals and frontman Matt Quinn on the ukulele. They also craftily fit in a verse of Bill Withers’ “Ain’t No Sunshine” to their track “Julia,” where keyboardist Jackie Miclau showcased her piano mastery. While the set mostly consisted of slow burners, “I’m Your Wreck” stood out for its sense of urgency in terms of tempo and intense strumming. The lights remained a faded blue color for the entire set, which matched Quinn’s raw, authentic vocals. One thing’s for sure, Mt. Joy did not hide behind gimmicks.

As The Head and the Heart took the stage, the crowd began to reflect the big “SOLD OUT” on the marquee. The smell shifted to the kind of wine your mom probably drinks as older fans took their seat. The crowd was on their feet from the moment they launched into “All We Ever Knew,” their first song of the night. 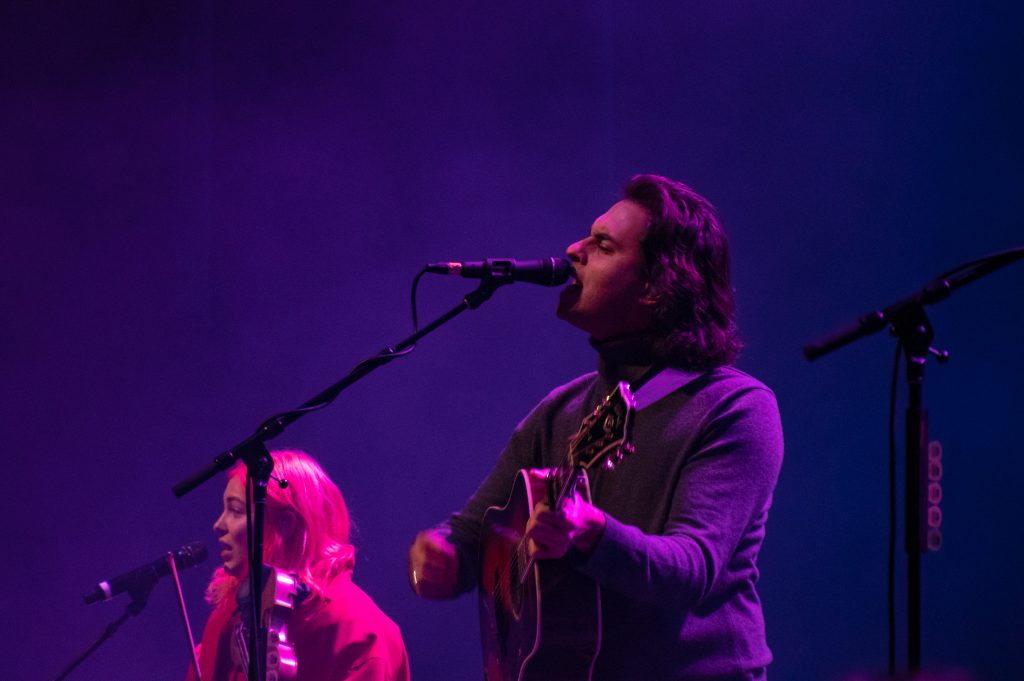 The Head and the Heart’s repertoire varied from stripped-down acoustic numbers to passionate alt-rock ballads. Frontman Josiah Johnson delighted with both his well-supported falsetto (Shake) and rich low notes (Down in the Valley). He also had a powerful moment with the audience where he took the stage alone and reflected on the band’s stream-of-consciousness creative process: “Most of these songs are written in our heads.” He followed this up with a vulnerable solo performance of “Oh My Dear” under black and white spotlights. I had mixed feelings when this moment was cut short with an abrupt segue into the up-tempo “I Don’t Mind,” where the rest of the band returned to the stage.

Violinist and vocalist Charity Rose Thielen blended well with Johnson on her backing vocals and knocked it out of the park on closer “Rivers and Roads,” where she displayed her strength in the alto register. Her dyed red hair and rose-red top served as a refreshing departure from the sea of plaid that engulfed the Chicago Theatre. When this was coupled with red lighting on the closer “Rivers & Roads,” it amounted to a red-splosion.

You could sense the chemistry between the bands too; not only do they make similar styles of music, but both groups seemed to really appreciate being onstage with one another. When The Head and the Heart performed “Lost in My Mind”, Mt. Joy joined them onstage to provide accompaniment in the form of shakers and tambourines. Johnson also shouted out Mt. Joy multiple times during transitions, describing them as “just as sweet as you would imagine.”

Unlike the up-and-coming Mt. Joy, The Head and the Heart are veterans of the indie subgenre, having been making music for the better part of the new millennium. Look for both groups to continue releasing quality music, though, as The Head and the Heart plans to drop a new album in 2019 and Mt. Joy’s sound is sure to reach new heights with their next projects. For those as not as familiar with the indie genre, listening to these two groups can serve as a solid introduction. Basically, you can’t lose.

The Head and the Heart

THE HEAD AND THE HEART SETLIST