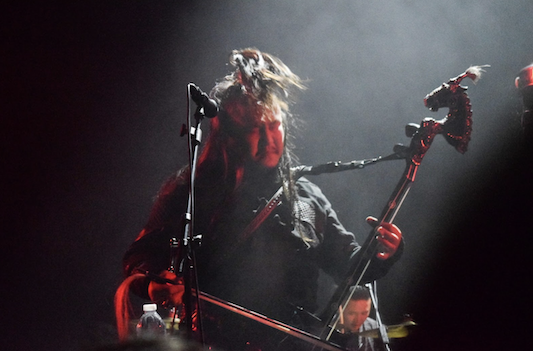 by Rory Nguyen and Lucas Sant’Anna

To me nothing screams “metal” more than electrified traditional instruments and musically repurposed war cries.

Those things and more define the unique sound of The HU, a four-piece Mongolian-folk-rock-turned-heavy-metal band, who lit up Park West on Wednesday night with a cathartic ninety-minute performance.

The HU blends traditional elements of Mongolian music like throat singing, the morin khuur (an instrument resembling a two-stringed cello), the tumur khuur (jaw harp) and the tsuur (a flute-like instrument) with a classic heavy metal sound. They offer a refreshing take on a genre that can sometimes feel want for innovation. If you’re curious what the vibe of such an eclectic, genre-bending group is, look no further than the music video for their most popular song, “Wolf Totem,” which swaps horses and traditional Mongolian outfits for motorcycles and black leather jackets. 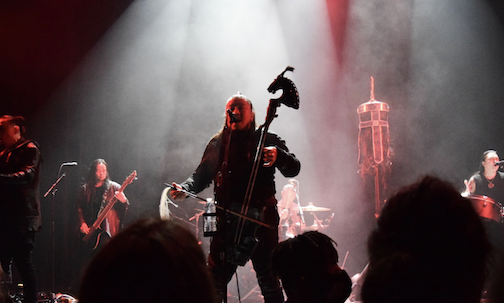 The HU has been taking the global metal scene by storm with the release of their critically acclaimed debut album The Gereg, earning praise from Sir Elton John himself and even getting the honor of producing a song for the video game Star Wars: Jedi Fallen Order. The group adds to the building momentum of international metal bands breaking through in the American scene, following in the steps of predecessors like the German Rammstein and Sabaton from Sweden. Back home, the band is highly esteemed and awarded by the government, being honored with the Khangarid, the highest award given to people from the city of Ulaanbaatar. 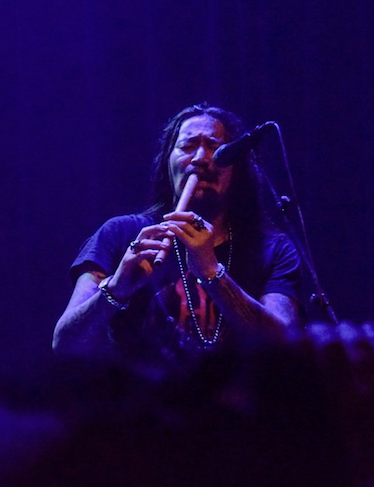 The HU’s deep cultural roots were certainly reflected in the crowd at Park West. Beyond the typical Chicago metal crowd that turned out for the performance, a healthy number from Chicago’s Mongolian community — from toddler to elder — peppered the pit. A group at the front even unfolded a massive Mongolian flag to wave for the final song of the set.

All of The Hu’s music is in Mongolian, but the frontman knew a few phrases in English (“next song,” “thank you Chicago”), which he used to hype up the crowd between songs.

Despite the language barrier between the band and many in the audience, few performances can foster a deeper connection with the crowd. For me, their music hits the nail on the head when it comes to metal: it resonates with some deep and primal urge in me to chant along and mosh. Many of their songs also feature an easy-to-learn “HU HU HU” chant that never failed to get everyone in the audience singing along. 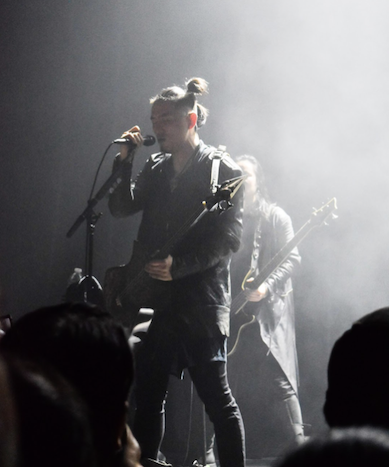 The songs in their set ranged from hard-hitting ragers to more gentle folksy songs, but the common thread between everything was the sense of community and belonging that the music was able to stir inside.

If I were to wrap up the experience with one image, it would be one that came right after a rather intense moshing session near the end of the set. My roommate, who attended the show with me, looked over at one of his new friends from the crowd and threw up some horns and stuck his tongue out, to which the other responded by shouting “WE BELIEVE IN THE SAME THINGS!” It’s exactly this feeling of community that can make live metal shows so cathartic.