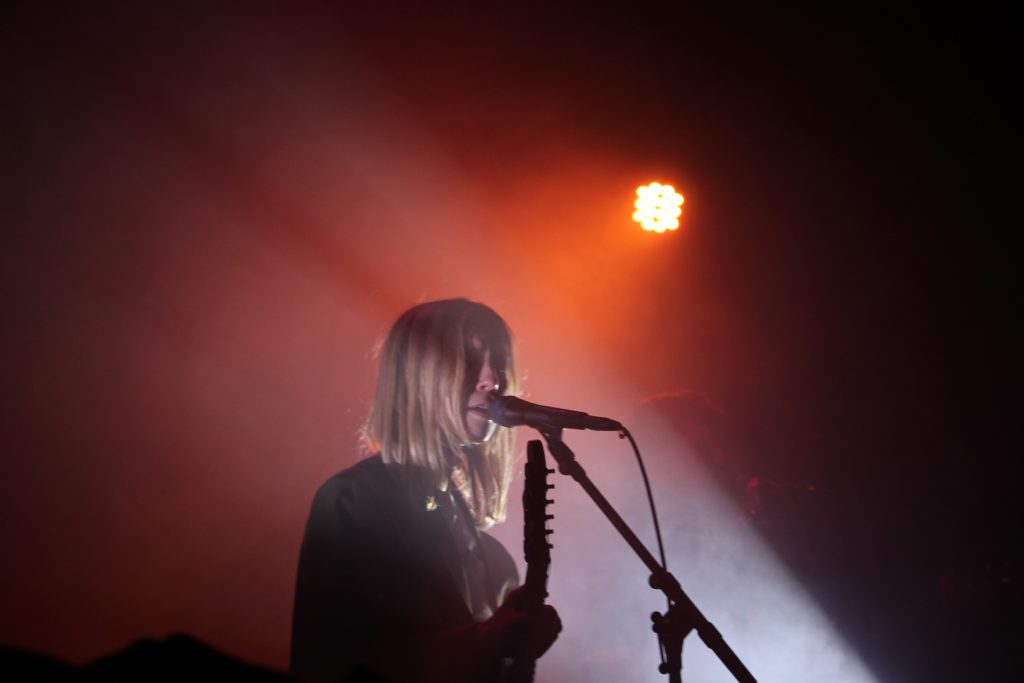 Armed with a guitar and a turtleneck sweater, Kamran Khan kicked off his set with atmospheric songs that got the crowd swaying more than anything. Khan, frontman for the British band Fake Laugh, was flying solo tonight, opening for The Japanese House while also playing bass in her backing band. While unfamiliar with Fake Laugh before the show, I quickly became a fan not just of their music but also of Khan’s humility and graciousness while on stage. He moved around the stage fluidly, transferring his constant high energy to the audience. I especially liked his songs “Better For Me” and “Short of Breath.” His voice is smooth and calming, and, like Amber Bain’s, fills a room effortlessly. 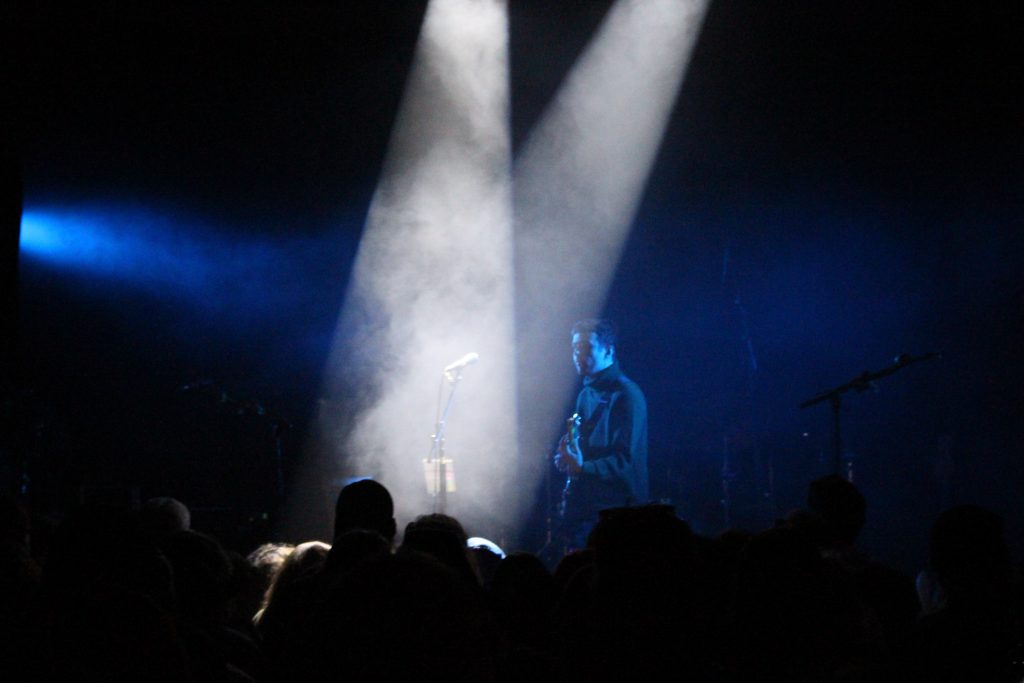 Shockingly, Amber Bain, the lead singer of The Japanese House, has never been to Japan. The name actually stems from a house she stayed in with her family when she was 6 years old, where she pretended to be a boy named Danny for an entire week. She later found out that the house was called The Japanese House, and belonged to Kate Winslet.

Bain’s music is just as whimsical as her band name suggests. Ranging from the catchy “Face Like Thunder” to the brooding “Against The Tide,” her music either had the crowd banging their heads and jumping or simply swaying softly. Lincoln Hall was a perfect venue for The Japanese House’s performance. The sense of intimacy was almost surreal, and the crowd was completely enthralled by her performance. A testament to her incredible stage presence, the crowd was almost completely phone-free. Unlike most concerts, where I feel at times as if I’m watching an artist through the many phones in front of my face rather than in person, the crowd was involved in every single song, rarely taking out their phones to take snapchat videos or endless photos. 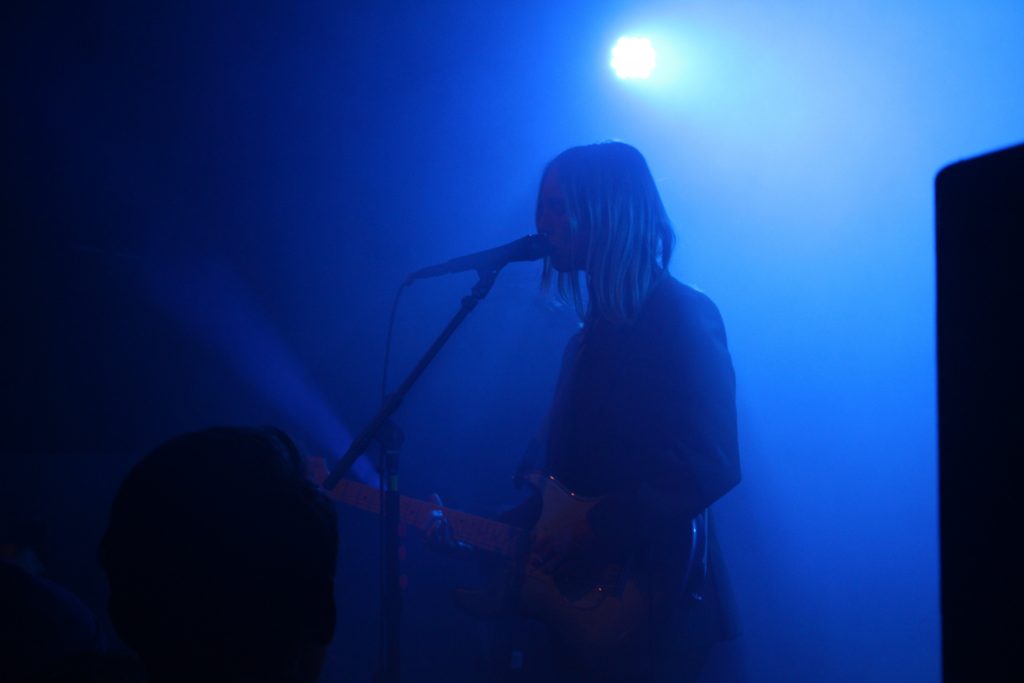 At times, the bass was so heavy I felt as if I was vibrating along with the entire room. The disco ball on the ceiling reflecting the stage lights made Bain’s white blonde hair appear almost silver at times, adding to the otherworldliness of the show itself. One of my favorite moments of the show was when she played an unreleased song off her newest album, called “You Seem So Happy.” The song had a noticeably different vibe from her first project, Pools to Bathe In. Unlike the calming and at times haunting melodies from her first EP, “You Seem So Happy” was unfalteringly catchy and upbeat. By the end, members of the audience were singing along, leading Bain to remark “You guys seem to know the words better to a song you’ve never heard before than I do!” 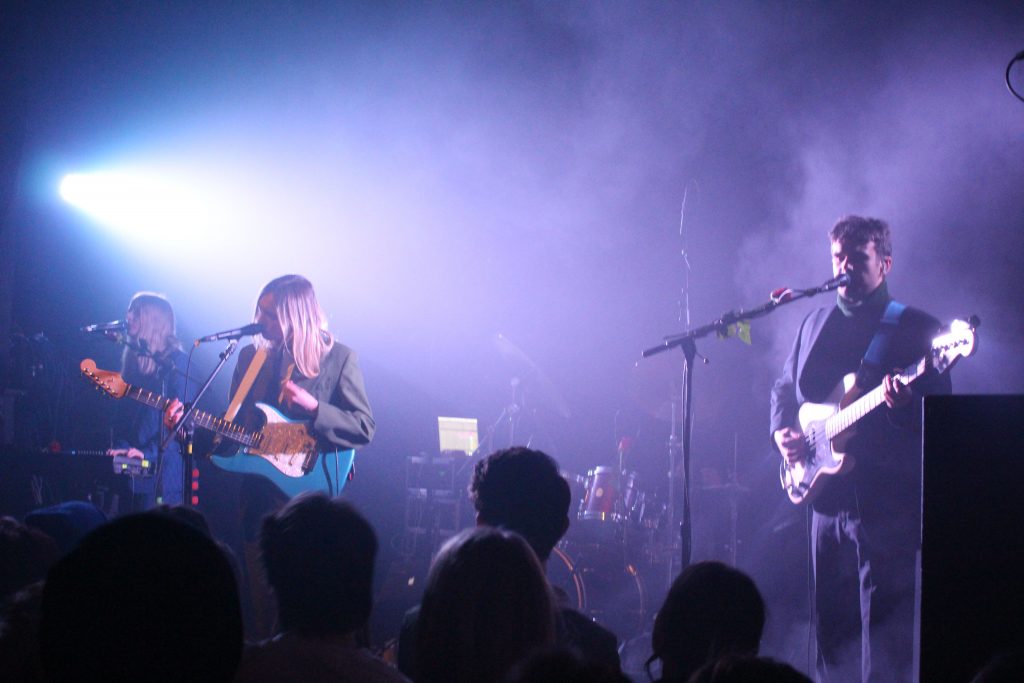 Another highlight was the acoustic version of the title track from her latest EP, “Saw You In A Dream.” This version, in my opinion, was even better than the original. Her voice was fragile yet beautiful, and I was completely entranced. Bain closed the show with “Leon,” a song from her 2016 EP Swim Against the Tide, and after she left it felt as if I could still feel echoes of her voice in the room. I’m incredibly excited for the release of Bain’s first full album on March 1st, and for her next visit to Chicago.