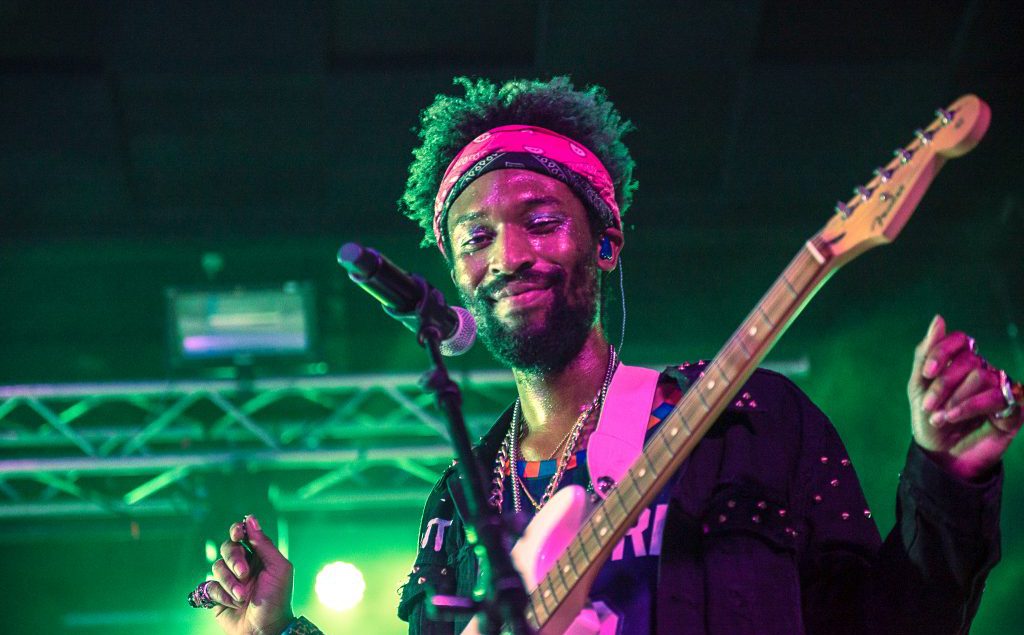 Many who know New York-based electronic duo The Knocks think of them in terms of their collaborators. Such is life for most groups in the EDM scene. The collaborations are certainly impressive; their sophomore album New York Narcotic featured the likes of Foster the People, Method Man and Big Boi. But B-Roc and J-Patt have come a long way since their days of getting noise complaints from their New York neighbors. Their unassisted song “Shades” appeared in a recent Hyundai Sonata commercial, showing that they might just be able to hold their own without the high-profile features.

Fiery bassist Blu DeTiger kicked things off at Concord Hall for this Valentine’s Day show. Her stage presence was indisputable, as she sported an electric blue jumpsuit and a bass of the same color. She delivered some funky bass riffs on top of oldies like Michael Jackson’s “Don’t Stop ’Til You Get Enough” and an intriguing mashup of Ginuwine’s “Pony” and Destiny’s Child’s “Say My Name.” To close, she played an unreleased original song called “Mad Love” where she took on lead vocal duties in addition to bass-playing. Blu proved that, while she’s still just a 20-year-old student at NYU, she’s already an Ace of Bass.

Dutch artist Young & Sick followed, meshing traditionally indie vocals and guitar sounds with EDM production on the choruses. He did not put much effort into annunciating the lyrics, but it became clear that the set was more vibe-driven anyway. During the verses of his first song “No Good,” his guitar playing gave off an outer-space mood. He pivoted on “Bitter End” to more of the slicing sound you might hear on a Tame Impala record. On “Jet Black Heart,” his higher notes meshed cleanly with the danceable production, reminiscent of Years & Years. I look forward to seeing if Young & Sick has a full-length project in store for 2019, as I imagine it will feature further genre-bending. 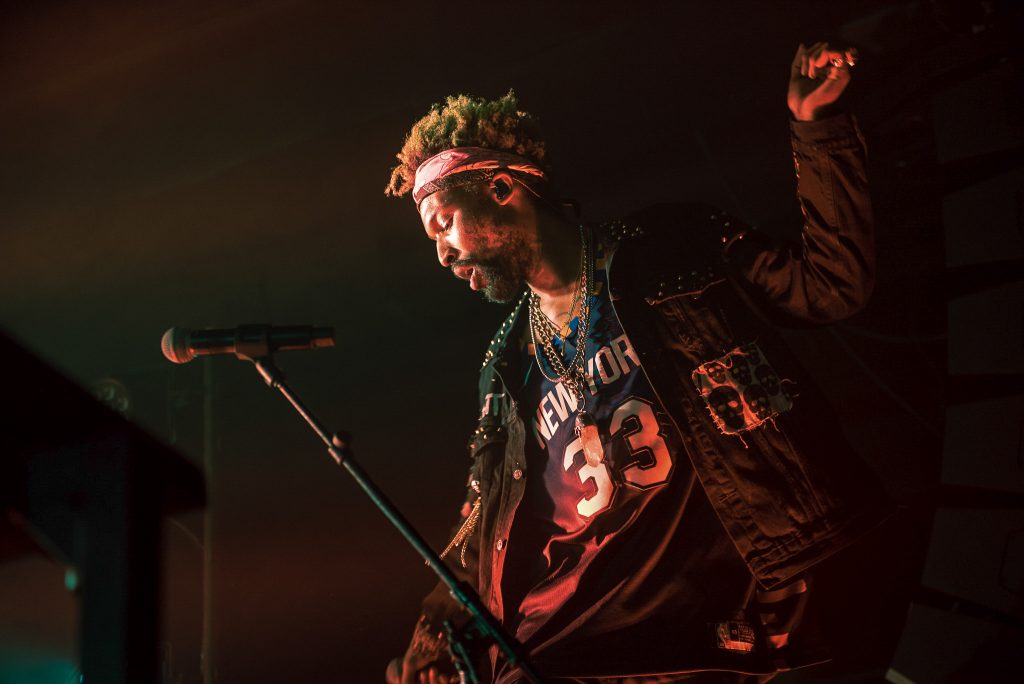 Even if you went to this concert with earplugs and a blindfold, it would be difficult to not sense where the Knocks were from. The set oozed New York, whether it was their glittery Knocks jackets in the style of the New York Knicks logo, the two huge inflatable pigeons on either side of the stage wearing gold chains and sunglasses or J-Patt’s declaration that “this is already our best show of the tour, deadass.” Perhaps no tour has stayed truer to its name than the New York Narcotic tour.

You could tell that the Knocks were ecstatic to be in Chicago as they praised the Concord crowd on multiple occasions. Throughout their set, they gave more stage time to their lesser-known openers, as Blu DeTiger played bass on numerous tracks and Young & Sick joined them to sing on “Wizard of Bushwick.” 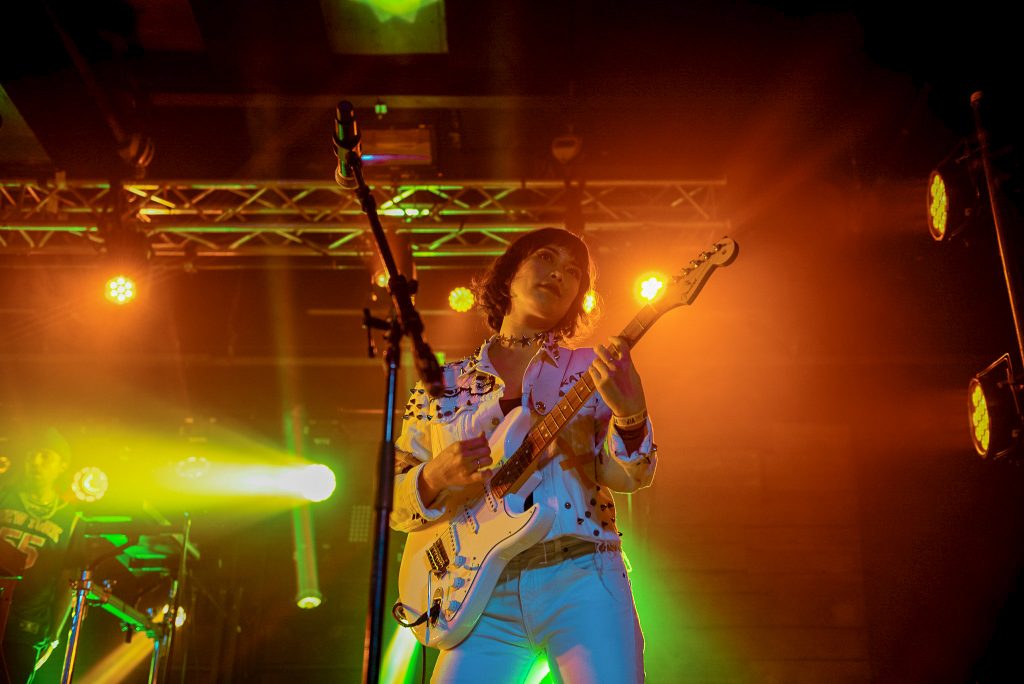 Yet having two openers may have been the set’s Achilles heel, as the enthusiasm of the audience waned as the night progressed. Expecting the energy to stay consistent over nearly four total hours of EDM was an ambitious ask for the predominantly middle-aged hipster crowd. Save for a select few drunkenly busting moves on the balcony, the crowd lost its pep for the better part of the back half of the set. It didn’t help matters that tracks like “Tied to You” and “Classic” lingered for longer than they should have.

The popular closer “Ride or Die,” reengaged the crowd, who at this point must have been getting antsy to sing along to something. To the surprise of many, J-Patt stripped down the first verse and showed off his vocal chops, accompanying himself on a grand piano. This capped off a night where J-Patt wore many hats, whether it was spinning the turntables, rapping, playing the role of motivator or showing off his instrument prowess. 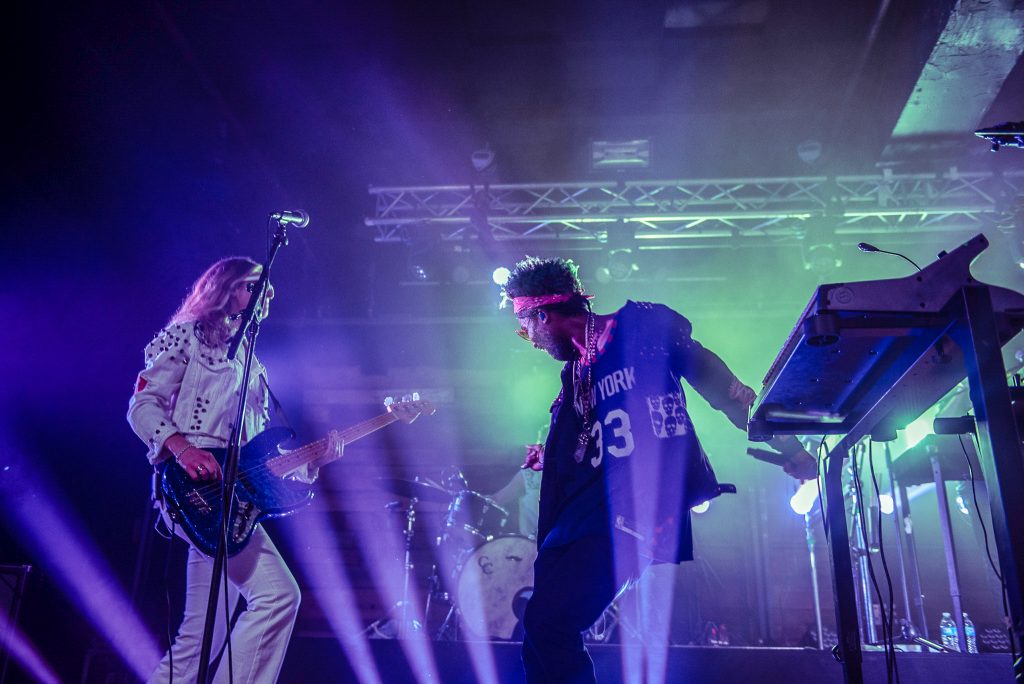 I knew that The Knocks were going to bring some disco heat with their DJing. But this performance reflected the kind of growth that characterized New York Narcotic – the album had eight unassisted tracks in comparison to just three on their previous album 55. I hope The Knocks continue to explore their vocal talent. Some J-Patt acoustic covers would also be welcome for their next project, but maybe that’s too much to ask…

Blu DeTiger – In My Head