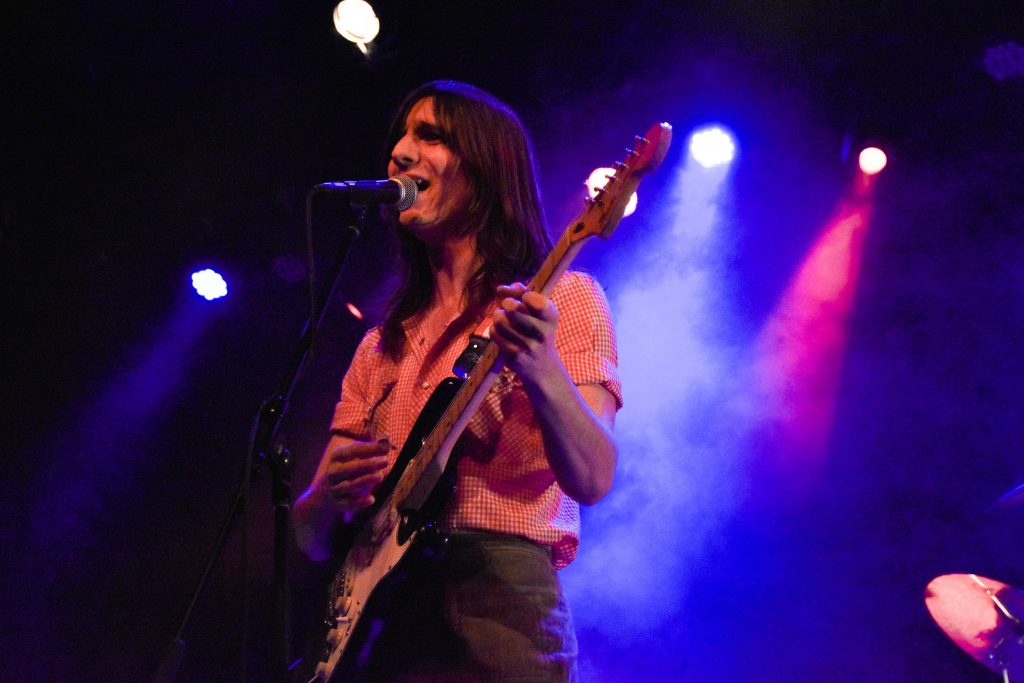 The Lemon Twigs Bring Their Old-School Flair to Thalia Hall

There will always be those bands whose sound varies wildly between studio recordings and live performances, for better or for worse. The Lemon Twigs are certainly one of those bands, though not because the music itself is any different—it is because of the energy they possess. The Lemon Twigs consists of brothers Brian and Michael D’Addario, only 18 and 20, hailing from Long Island, New York. These two bring retro rock-and-roll into the 21st century with their incredible musical talent and ability to put on a spectacular show.

The evening began with opening act The Symposium, a Chicago-based four-piece band. Their psychedelic pop rock music was fun, and a cool contrast to the electric presence The Lemon Twigs brought to the stage. The guys in the band were clearly local, and seemed to have brought a few friends out to support them that night, as there were calls of “I love Kevin!” between songs. All members were dressed very casually, another disparity between the bands, and the bassist spent his time between songs drinking a beer and smoking an e-cigarette he had gotten from somewhere in the crowd. The music had a similar vintage flavor to The Lemon Twigs, but nothing could have prepared the crowd for the main act. 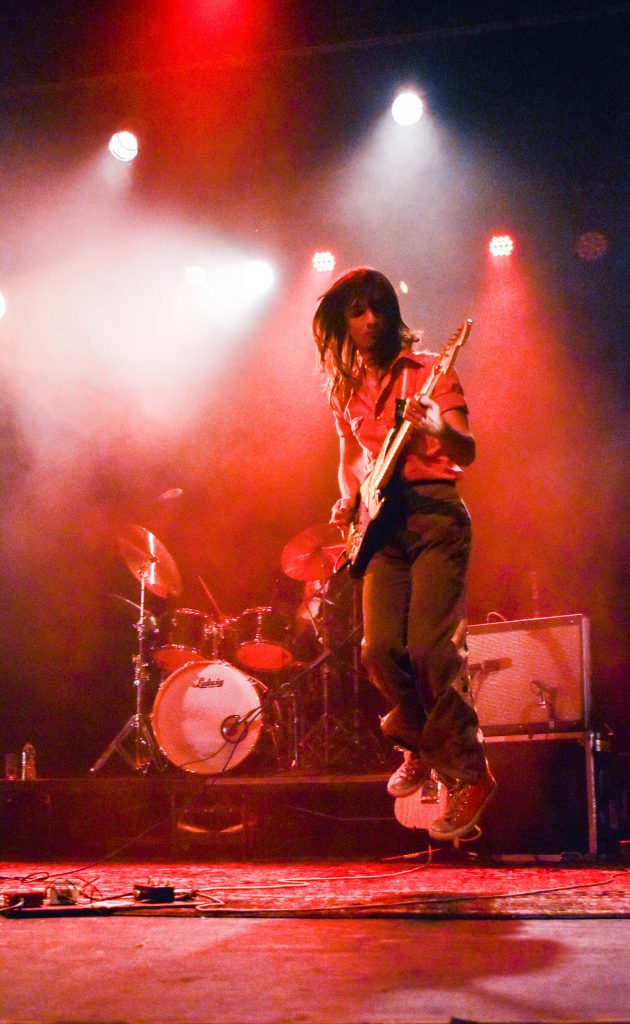 Though The Lemon Twigs may not be well-known, they obviously have a very devoted set of fans. Just as the band took the stage, the group of women behind me went wild, and their enthusiasm didn’t wane as time went on. Throughout the night, the D’Addario brothers switched between playing the drums and performing on both guitar and vocals, something I’ve never seen a group do before. For this performance, they were also accompanied by a bassist and a synth player.

Brain and Michael were channeling looks that were en vogue several decades ago, with haircuts straight out of the 70s, open shirts and high-waisted pants. Even the old wood of the venue and the pale yellow lighting at the start of the show fit the retro air of The Lemon Twigs. Thalia Hall, located in Pilsen, seemed to be the perfect venue for the band. The well-worn hardwood floors of the ballroom and the tea lights strategically placed behind the bar, along with the denim and muted colors favored among the younger audience, became the perfect backdrop for the bold look and sound of the D’Addario brothers. 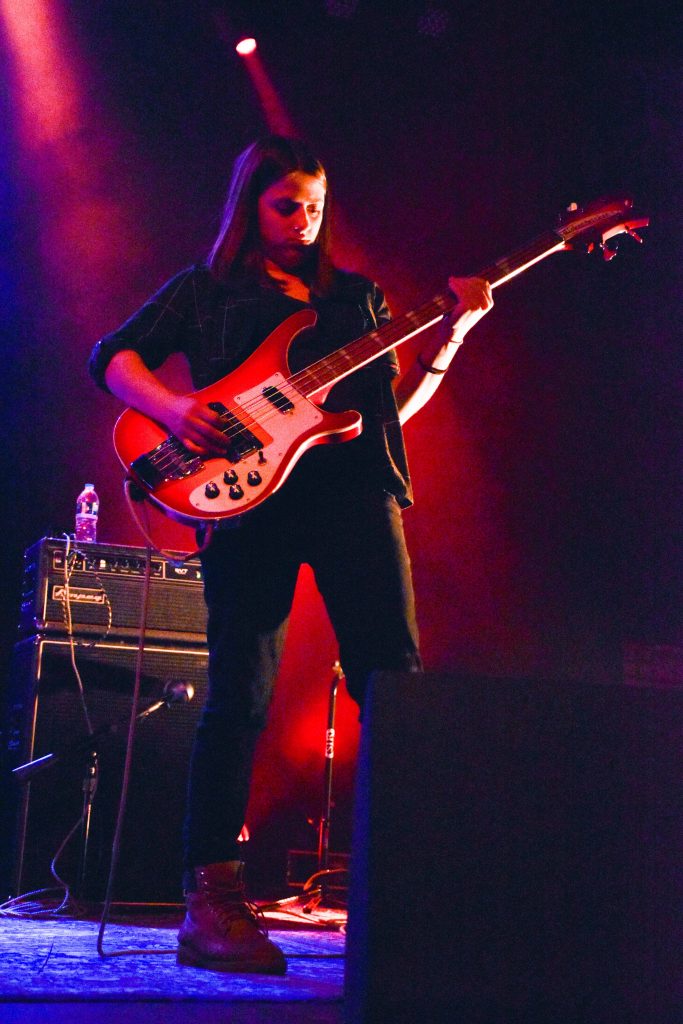 Brian started the show on guitar and vocals, kicking things off with the song “I Wanna Prove to You” from their first studio album Do Hollywood, released last year. Staying on guitar for “Haroomata,” another song off the same album, Brian took some time during the song to quite literally skip around stage and just jam on his guitar, showcasing his incredible skill.

Around half an hour into the show, Brian and Michael swapped places for the first time. Before this, Michael had been barely visible behind the drum set, but he seemed to be determined to make up for it. Michael’s performance gave away nothing of his young age, as he confidently made his way around the stage, showing off his abilities with some seriously impressive guitar solos that whipped the crowd into a frenzy. At one point, he even pulled out a pair of aviator sunglasses, nonchalantly claiming “I just found these, I don’t know. I just found them,” with the confidence of an experienced performer. 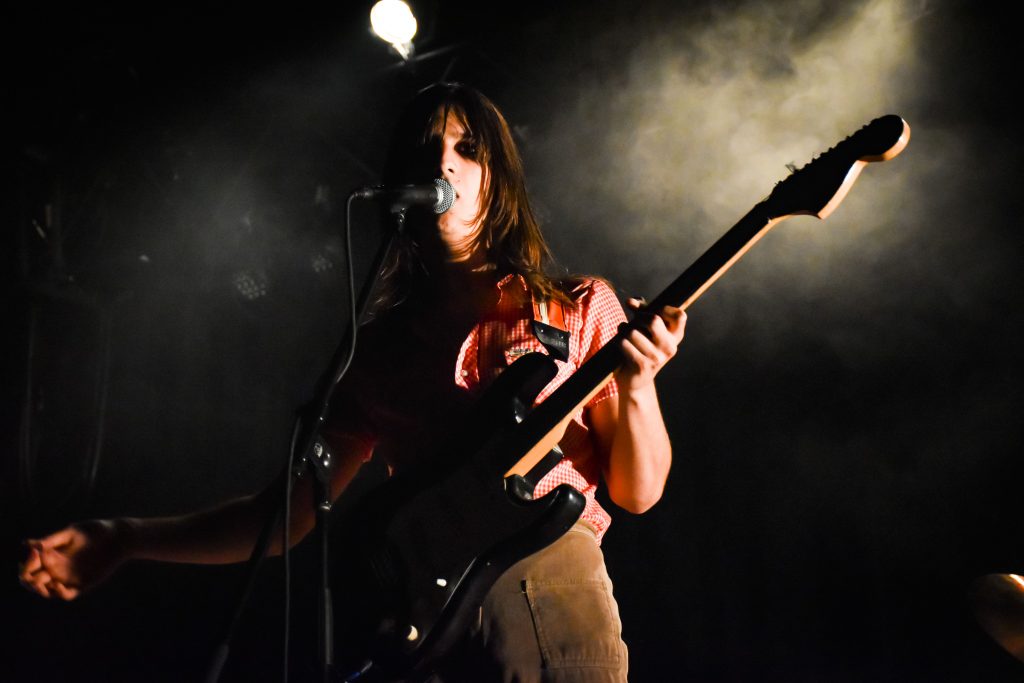 Throughout nearly the rest of the set, all attention was on Michael. With his strong voice and insane skill on the guitar, coupled with gravity-defying high kicks and jumps around the stage, he has the strut of a seasoned rock star. Nearing the end of the show, the band performed “As Long As We’re Together,” another song off their full-length record. The band then left the stage, only to come back for an additional few songs to close the evening. This last leg of the show featured a great rendition of “Light and Love,” a slower number off their new EP, Brothers of Destruction. Brian returned to vocals and guitar, delivering a much softer, more vulnerable performance than his brother.

As the crowd was exiting Thalia Hall into the cold October night, there was a look of joy on everyone’s faces. For one night, The Lemon Twigs had transported the audience back to some other era of rock music, a time full of inescapably bright colors, blistering guitar solos and iconic style. No one was ready for it to be over. 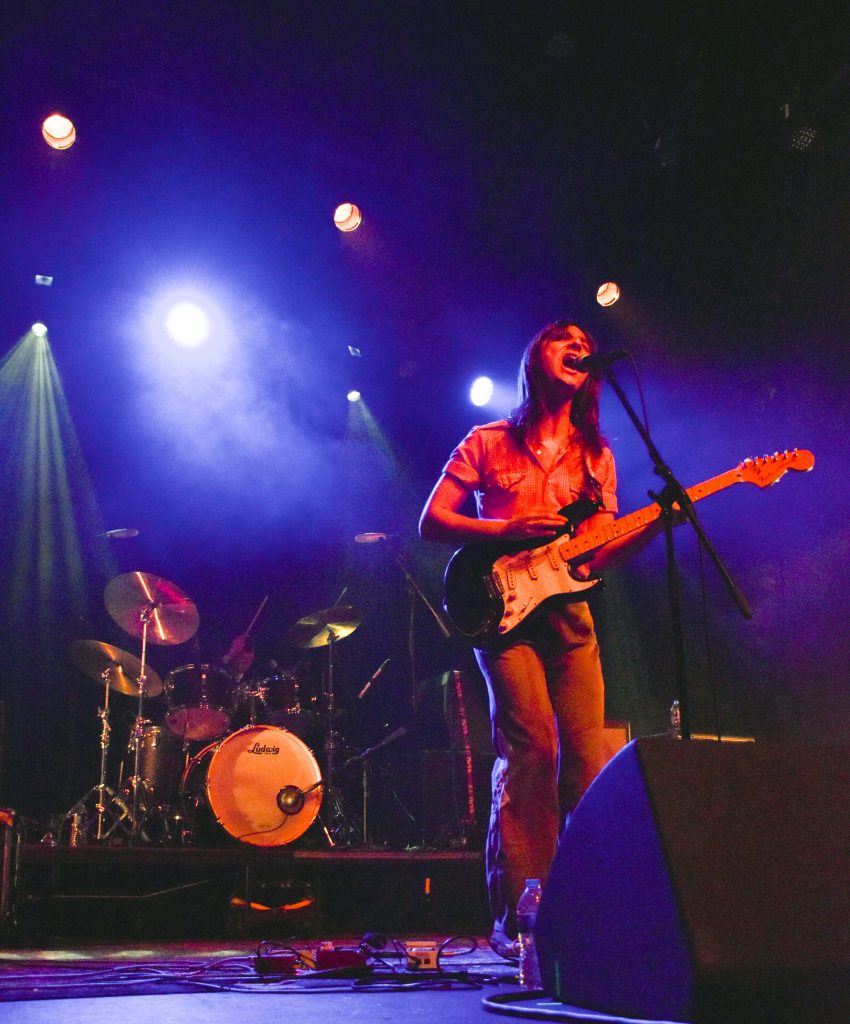