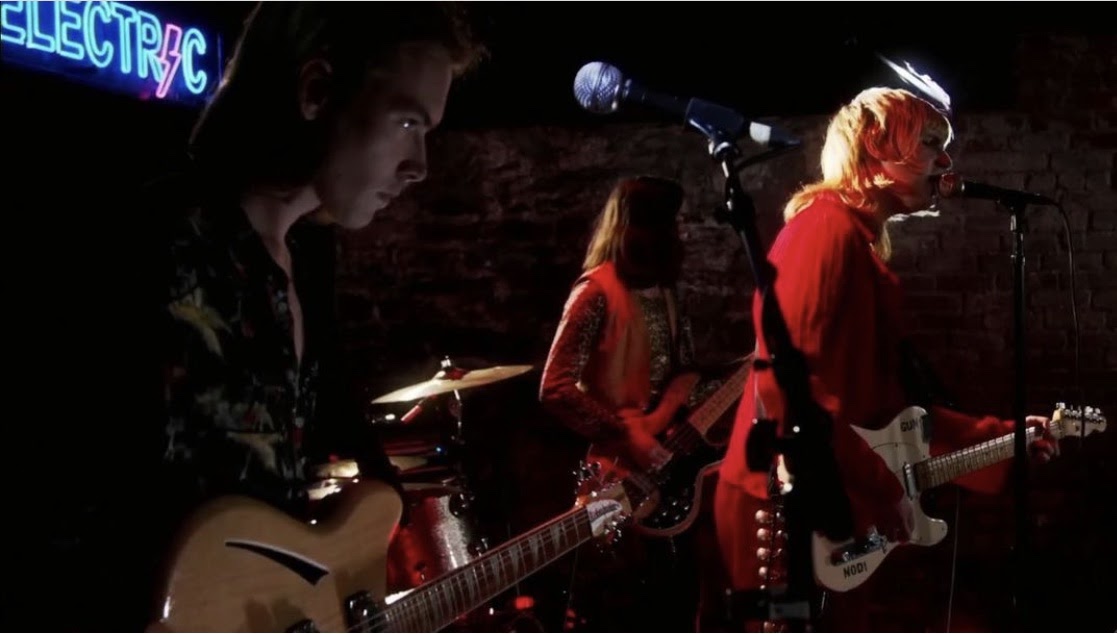 Pictured: NYC band Beechwood plays a show at Bowery Electric on Nov. 5 as part of the venue’s livestream concert series.

Jesse Malin owns five live music venues in lower Manhattan, a passion project he started as a way to give back to the local music community he’s been a part of since he was a teenager, a community he says helped raise him. In March, as the coronavirus struck New York City particularly hard, Malin had no choice but to close all five venues.

“We hire anywhere between 180 and 250 people and do about 100 shows of live acts in these venues per week,” Malin says. “When I came back in March, everything was shut down and I had to lay off all these people, lock up the clubs and wait and see what would happen.”

A touring musician and songwriter himself, Malin was in the middle of a European tour on the strength of his 2019 release, Sunset Kids, when coronavirus lockdowns began and his tour dates were canceled. Malin returned to the U.S. on March 17 to oversee his clubs’ closings.

“We thought it would just be for a little while, but time went on, and the rents don’t change,” Malin says.

Nine months later, the majority of Malin’s venues remain closed. If that continues to be the case into the summer, Malin fears his venues will be in jeopardy of closing permanently.

Malin is not alone. In June, the National Independent Venue Association (NIVA), an advocacy group founded in March to support music venue owners through the pandemic, conducted a survey of nearly 2,000 independent venue owners, promoters and bookers. Ninety percent said that without targeted government funding, they would soon have to close their doors for good.

That was nearly five months ago, and owners are still waiting for the funding they need. As NIVA has grown to represent over 2,900 venues in all 50 states, the organization has focused its efforts on raising money for independent venues and pressuring Congress to provide federal relief.

In response, Sen. John Cornyn, R-Texas, and Amy Klobuchar, D-Minn., co-sponsored a bill in July that would provide over $10 billion in financial relief to venues across the country and was part of the relief package proposed by a bipartisan coalition of members of Congress earlier this year.

Yet Cornyn and Klobuchar’s bill has not been voted on in Congress. Federal pandemic relief has stalled after months of bitter negotiations between the White House and House Democrats, and refusal by Senate Majority Leader Mitch McConnell to vote on any of the proposals.

Venue owner Michael Dorf says he doesn’t expect any federal aid package to get traction until President-elect Joe Biden is inaugurated in January.

“We’re just losing time, and it’s only going to make things harder,” says Dorf. “It’s an absolutely critical stimulus bill, and I can’t see how anyone will operate without it.”

Dorf owns City Winery, a chain of live music venues that double as wineries and restaurants in cities around the country, including one in downtown Chicago. Though he’s been able to remain partially open, serving food and wine at his restaurants in limited capacities, Dorf still fears for his business’ future without government help. Dorf is one of thousands of venue owners working closely with NIVA to try to secure funding.

In the meantime, venue owners have come up with creative ways to generate revenue and stay afloat while they wait for funding or a vaccine. Many have started selling additional merchandise, set up livestream concert series and created GoFundMe campaigns to accept donations.

“I would be stunned at this point if any independent music venue didn’t have a GoFundMe set up,” says Stephanie Boriskin, who books artists for shows as a talent buyer at The Bowery Electric, one of Malin’s NYC venues.

The venue invites bands to play live concert sets without an in-person audience. Malin and Boriskin hire a professional camera crew to film the concert then sell tickets online to a livestream of the show. Once purchased, the livestream sets are available to view for a week after they are initially streamed.

Livestreams serve as “a drop in the bucket” in easing the financial burden of coronavirus lockdowns, Boriskin says, but help musicians who are also struggling in the face of this pandemic.

“Doing a livestream show where we can showcase an artist, make them some money and benefit the venue as well, it’s all essential to keeping this dream alive – to keeping music alive,” she says.

And in Chicago, many of the city’s artists are doing their part to give back. In September, Chicago-based non-profit Quiet Pterodactyl partnered with local artists to release a double-vinyl record, with all profits benefiting the city’s live music venues. The vinyl album, which features contributions from musicians ranging from Wilco’s Jeff Tweedy to rapper Ric Wilson, was pressed at Smashed Plastic, Chicago’s only record pressing plant.

Still, Malin and Dorf say the struggle to survive this pandemic is a necessary fight. They argue that independent music venues are critical to the cultural identity of a city and that saving them is about more than just the music.

“I consider musicians to be essential workers,” Malin says. “Mental health and sanity comes from having happiness and entertainment and connecting with others, and that happens in our clubs. Music serves as a lifeblood for this city, and people come here for it.”

Live music is also a key economic driver for cities. Arts and culture contributed $877.8 billion to the nation’s gross domestic product (4.5 percent) in 2017, according to data from the U.S. Department of Commerce. And in Chicago, a 2019 study from the Chicago Loop Alliance found that for every dollar spent on arts in the city, another $12 goes to the local economy.

“A lot of venues don’t serve food, so the bars and restaurants in the neighboring areas see an uptick in sales on concert nights,” Boriskin says. “It’s beneficial to the whole community, and it’s a huge part of a city’s culture.”

As clubs around the country continue to fight for their own survival, owners hope the vaccines and a new administration in Washington may lead to better times.

“There’s definitely a light at the end of the tunnel. The question is how bright that light is and how long that tunnel is, ” Dorf says.

Until that tunnel ends, venue owners will continue the fight – for federal funding, for their own survival, for the music.

“This is our religion,” Malin says. “The art, the sharing, the whole community. Music brings people together, and it lets people know they’re not alone. We need this.”