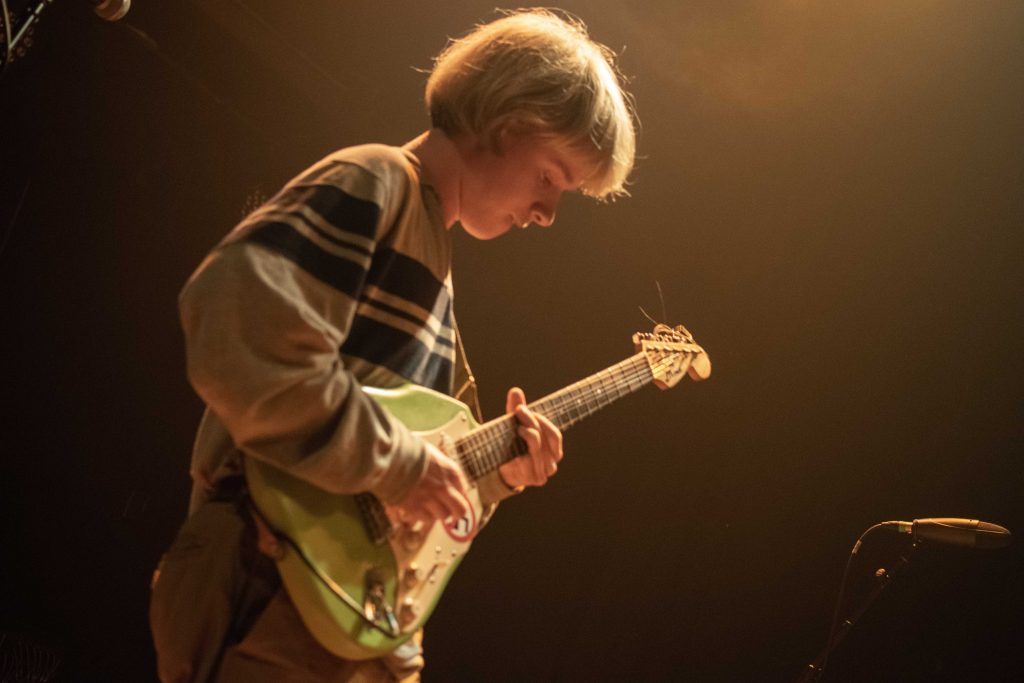 Writeup by Serena Lewin
Photos by Finn Hewes
May 18, 2018

Three boys emerge from the silence following the ill-matched rap music playing overhead. They take their places on stage and with little hesitation, start playing. With grins across their faces and a crowd full of teens drooling over Chicago’s young indie rock scene, they seem to enjoy every second. The boys strum and bang away until Rand, lead singer and guitarist, gets so hype that he has to ditch his shirt to keep going. 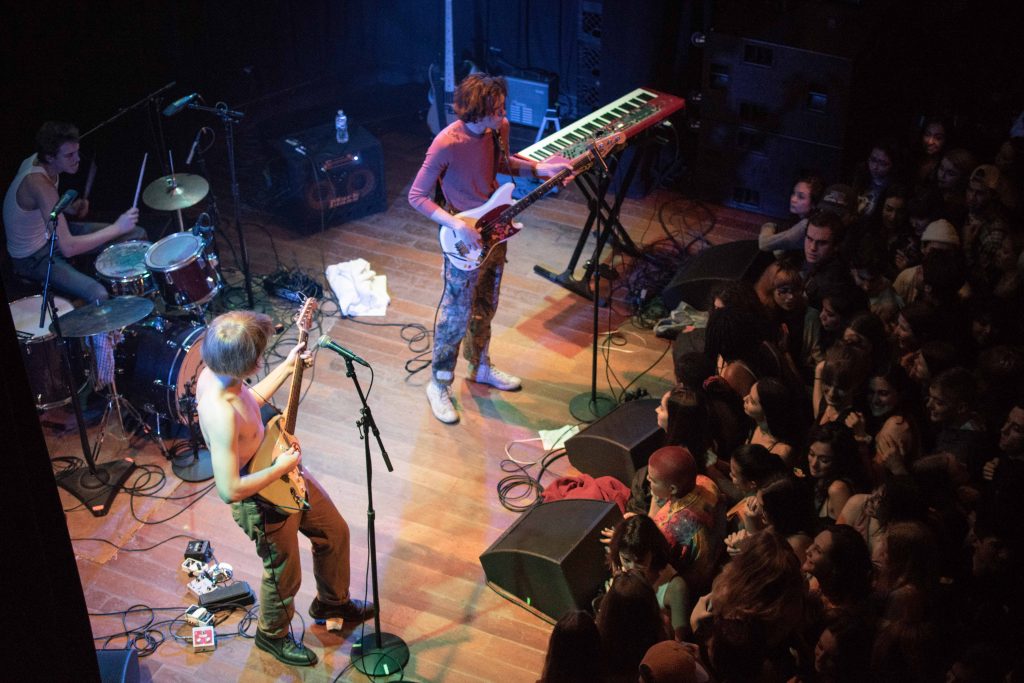 An hour earlier, Rand Kelly, Ramsey Bell and Josh Resing of The Slaps sat at a high table in Lincoln Hall, chicken fingers in hand, refueling before opening for Manwolves. Getting ready for the show ahead, the boys chatted about their experience starting as a DePaul band and where they hope to go with their Chicago fame.

With a vibe described as “beach blues rock” and a large fanbase of all ages, The Slaps have emerged as one of the most promising groups in Chicago’s indie rock scene. With a seamless performance at Lincoln Hall, faced with an energetic mosh pit and frequent shouts of “i love you,” its clear these boys have a passionate following despite being relatively new to town. The authentic, yet relaxed, confidence of the trio stems from each of the band members’ long history playing music. Resing has 13 years of drumming under his belt, Bell played guitar in middle school, switching to the bass his senior year of high school, and Rand plays the guitar and the piano. 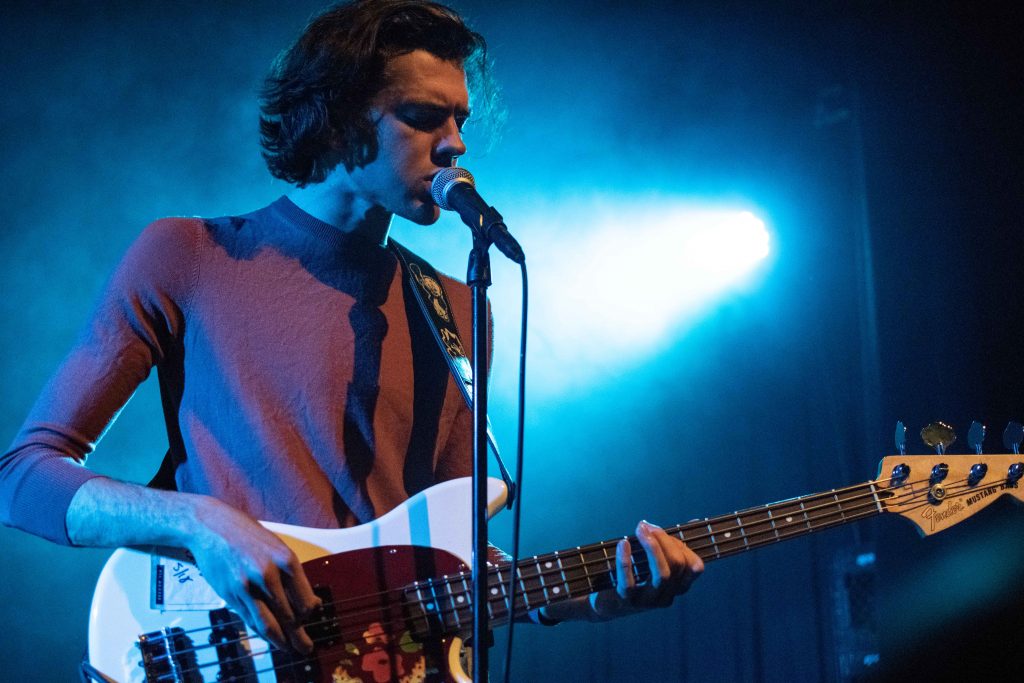 The Slaps started off jamming in houses their freshman year, but they have since expanded to play at venues like the Subterranean, the Empty Bottle, and Lincoln Hall. Grateful to be expanding their fanbase, The Slaps are confident that “the Depaul music scene was a good foot in for us,” (Bell). Recalling his favorite house show in Wicker Park earlier this year, Kelly reminisces on the intimacy of the performance and how “everyone was more inclined to dance when it’s a small venue.”

The Slaps’ success is the main priority for the band members at the moment, but as the well-rounded musicians they are, Bell and Resing are pursuing PR and marketing as Depaul sophomores, while Kelly pursues a degree in anthropology. When asked about expanding the band to include more members, the boys were open to the idea but “only if they can match the friendship we already have going,” remarks Resing. The Slaps being roommates begs the question of whether or not another member will be able to join the trios strong friendship. While Kelly and Bell are childhood friends hailing from Lexington, Kentucky, The Slaps met in September 2016 when Kelly and Bell approached Resing at a freshman party inquiring if he played the drums because, “he just had that vibe,” says Kelly. 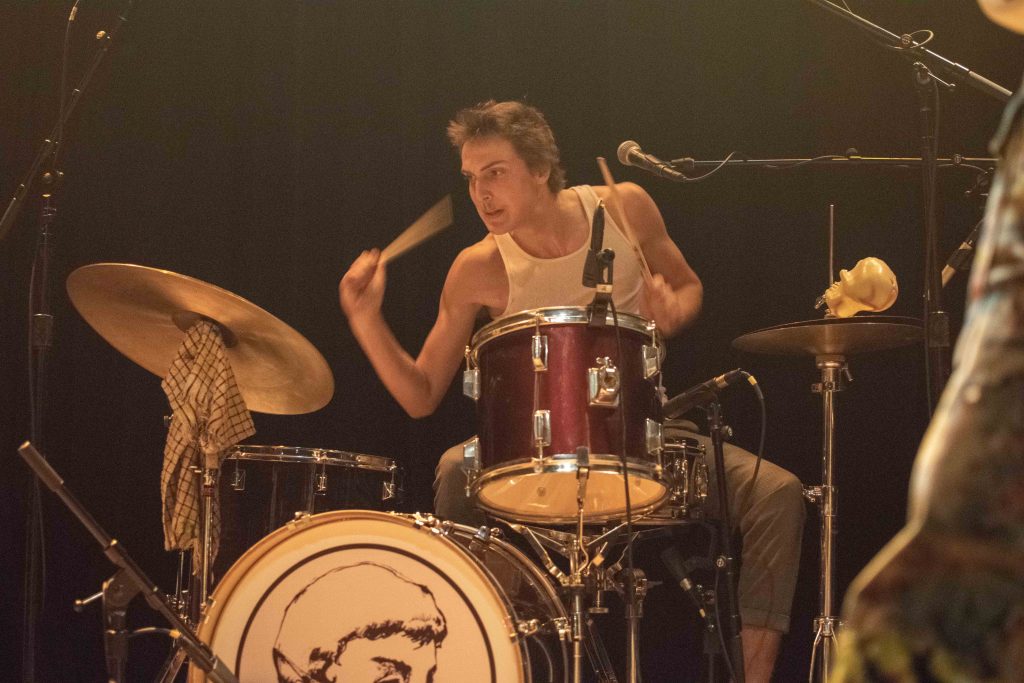 With their fame growing as they play more shows throughout Chicago, solo and with local bands like Manwolves (a band of Evanston Township High School alums headlining the show at Lincoln Hall), The Slaps are heading to Texas this summer to tour and bring their “beach blues rock” to the South. 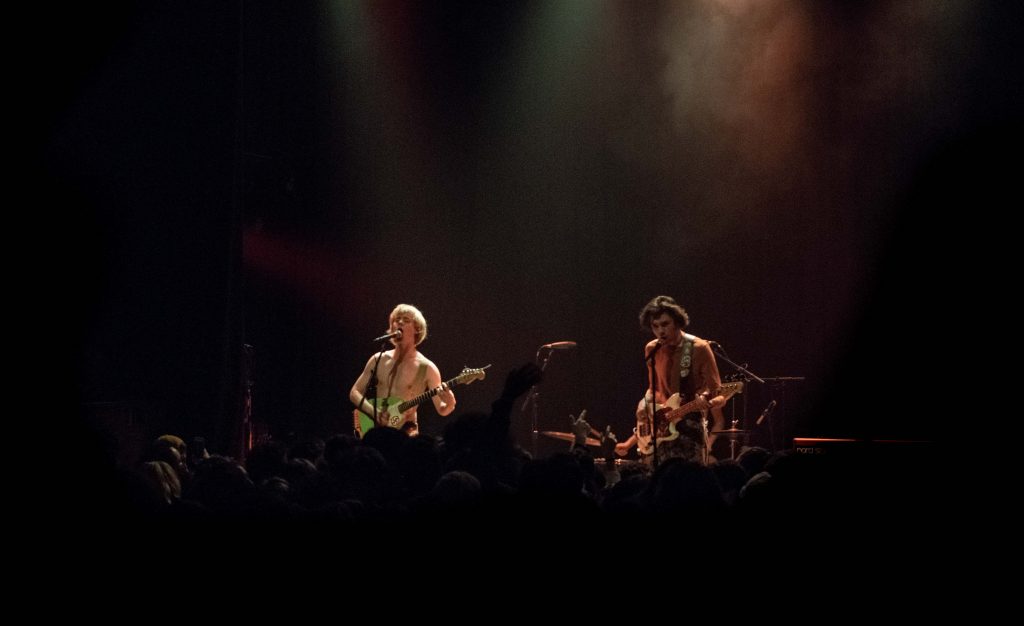