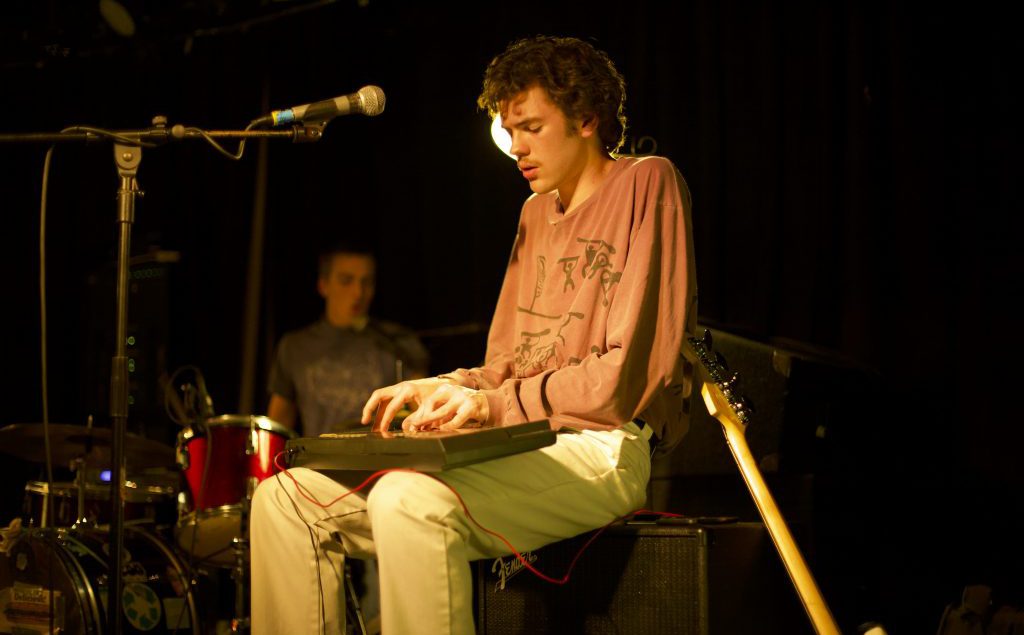 With lamps adorning the stage and an abundance of dancing, The Slaps’ Friday night EP release of B at Beat Kitchen felt like an intimate house show. The three band members go to DePaul, and The Slaps have gained widespread popularity in Chicago among the city’s college crowd. B comes after A, the band’s first EP released at the beginning of this month, and their 2017 debut LP Susan’s Room.

The show opened with a comedy set by Haters Club, whose indie music critiques were met with few laughs. It was a relief when the two-woman, soft indie band Modern Nun took the stage, followed by Girl K. I spotted Girl K’s singer and guitarist Kathy Patino before the show started. She was hard to miss in green, heeled jelly shoes and a black jumpsuit over a pink-striped collared shirt — a sophisticated look with child-like touches. Patino’s choice of dress, the flower decals on her orange guitar, and her permission to fans before louder songs to go a little wild but stay safe were all indicative of the preschool teacher job that she mentioned.

She’s a pretty cool preschool teacher though, and a powerhouse when she opens her mouth to sing. Her mostly upbeat indie rock is invigorating and balanced out by quieter songs like “So Strange,” which Patino agreed to play after first claiming it was too sad when a few of her fans yelled for her to play it. She warned the audience that she hadn’t played the song in a while and slipped up a couple times but was met with encouraging cheers. Girl K has a relatively small following, and I hope the tour they are about to depart on brings the band closer to the forefront of the indie music scene.

A highlight of the show was “Being Around,” which Resing dropped his drumsticks to sing. His deeper, slightly raspy voice is comforting. The Slaps tend to steer clear of romantic songs — Rand saves these for his solo work — but “Being Around” voices an unwillingness to commit to a long-term relationship. It is filled with pleasing rhyming lines like “I’m a Jolly Roger, darling dodger bane,” and clever lyrics that feature repetition like “I’m trying, trying my best to write the words into phrases, phrases from all the phases, all for you.” Its self-deprecating nature evokes a melancholy and tenderness, but the song’s guitar plucking makes it pleasant to listen to. 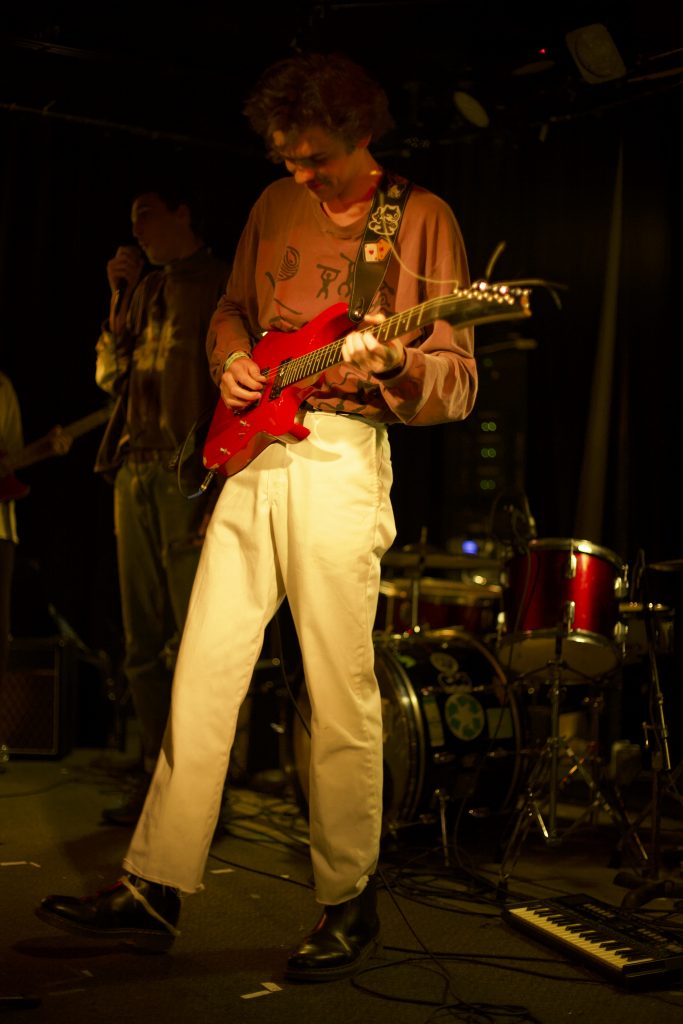 My favorite song from the show was B’s “I Wanna,” which has tropicalia undertones. Kelly’s yearning came through throughout the song, especially on the repeated “I wanna be someone different,” and the desire to be simultaneously mature and young was clear with lines like “I wanna act our age when there’s nothing to do” and “I wanna wear my shoes on the top of my head.”

The Slaps were clearly excited to play, alerting the audience near the end of their show, “This is the last song. Unless you say encore.” They preceded to play four more songs after the “last” song, continuing even after a staff member who thought they were finished squeezed through the crowd to hand them beers. Few were opposed.