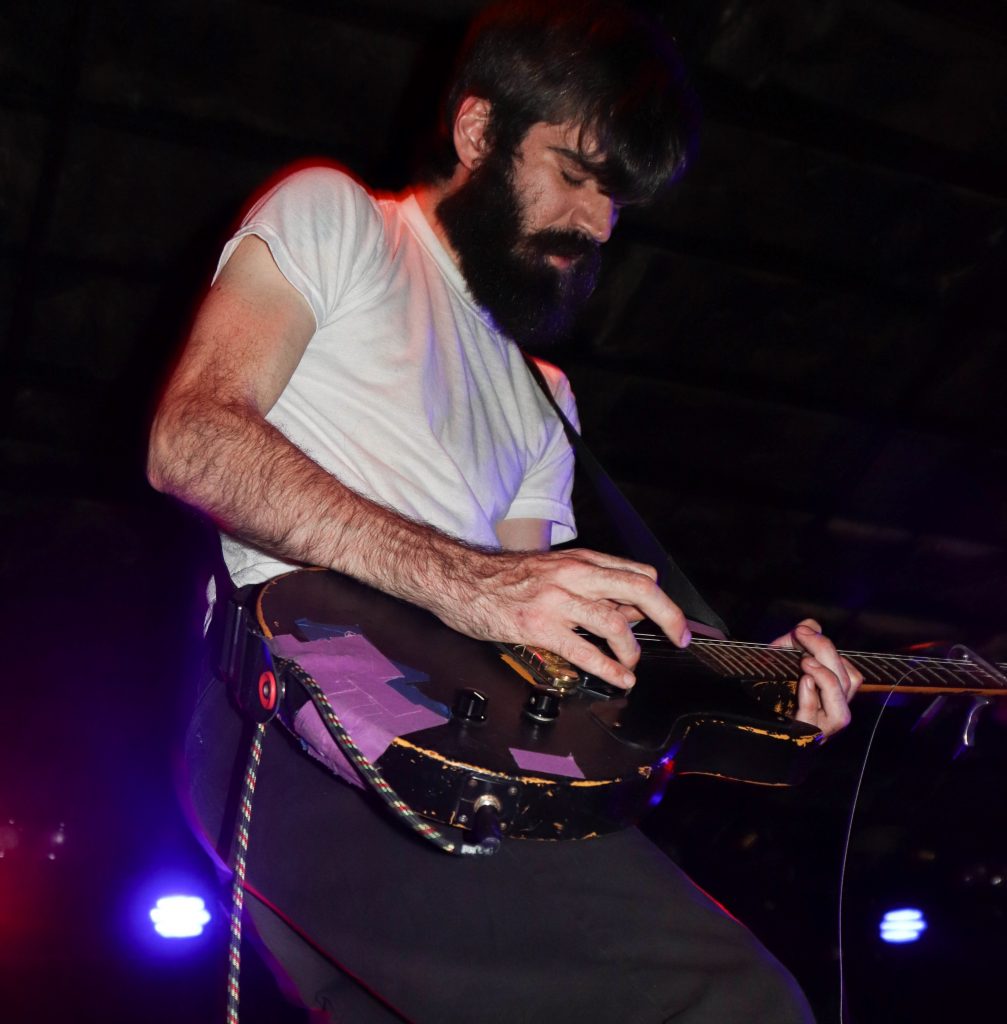 Walking into the small show space behind a restaurant, with the stage empty, most people huddled in small groups talking about their weeks and beginning their first drinks of the night.  The show was not to start for another 45 minutes but several dedicated fans were already clinging to the gate at the front of the stage, waiting for the action to start.

As the first performer, Ted Leo, ascended the stage alone, there were several whoops as he began singing and taking requests from the audience.  His songs were largely ballads and many were about the current political climate of America. While the self-proclaimed “celtic punk rock” singer’s songs sounded similar to one another and the singer himself admitted to having lost his voice, his music perfectly set the tone of the concert which was laid back and involved much audience participation. 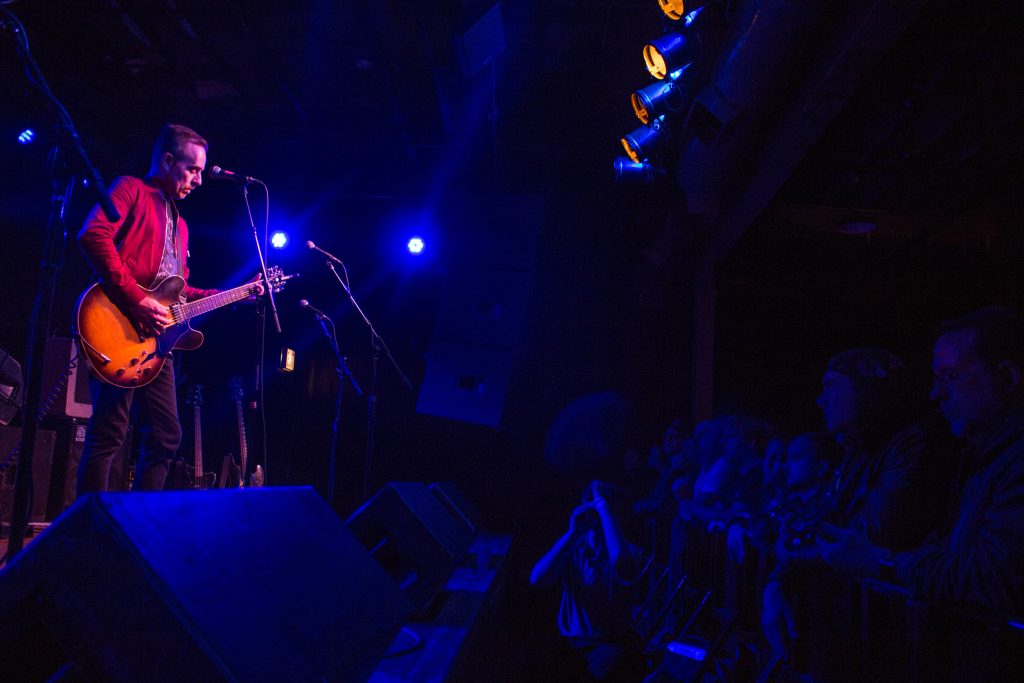 For Leo’s last song, Titus Andronicus joined him in a blaze of glory, bringing an energy to the stage and in the audience that had not previously been accomplished by the solo singer.  The drummer added a complex rhythm to the songs that had been lacking with only one lead guitar player, while the bass player and two other guitars added a new layer to the melodies. After the mood had been set for their half of the show, all but the frontman of Titus Andronicus, Patrick Stickles, left the stage. Stickles proceeded to explain to the crowd, while strumming chords on his guitar, that while the band would “rocking pretty goddamn hard” in only a few minutes, the audience members must maintain some respect for those around them.  While this disclaimer may have gone on for a little too long, it did allow the audience to become more and more eager for the music to start. Stickles talk immediately transitioned to singing the hauntingly beautiful ballad “To Old Friends and New.” While his voice could not be described as technically perfect, its gruff and raspy quality perfectly complemented the melody and solo guitar. 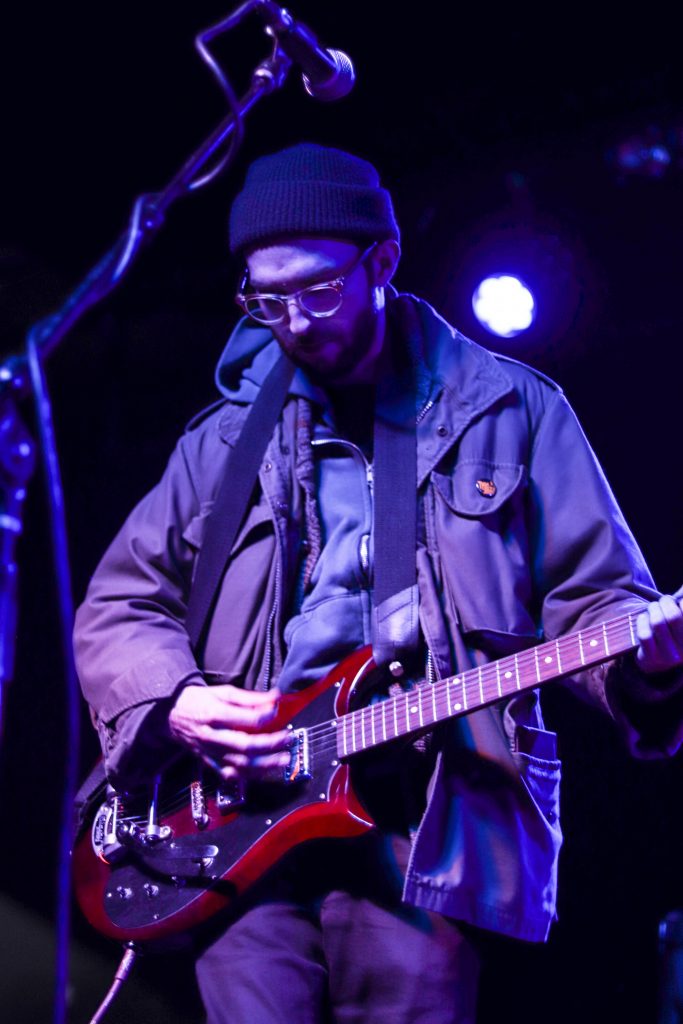 While his next song “Fear and Loathing in Mahwah, NJ” began in much the same way as the band’s first song, the energy was immediately brought back up as the rest of the band dramatically ran back on the stage, instantly getting into place in time to scream “Fuck You!” in unison.  The audience immediately responded to the energy and due to the varying genres that the band spanned dance moves of the audience ranged from swaying back and forth to thrashing around violently, creating a small mosh pit in the middle of the crowd.

Stickles himself was an amazing performer, running around the stage to play side by side with each of his bandmates and even nearly climbing into the crowd at times.  Every time Stickles spoke, he was passionate and humble and had clearly constructed what he was going to say just so to make every small speech segue directly into his next song. 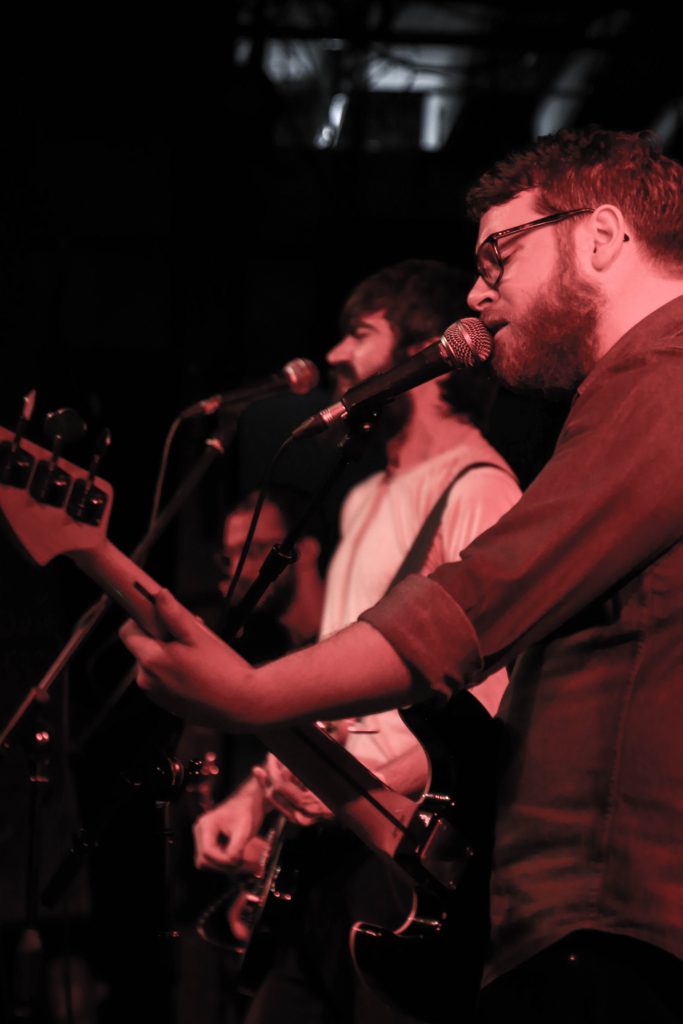 While I would have preferred more songs from the band’s album that was released this year, A Productive Cough, to have made the setlist, it was clear that the audience appreciated the many older songs that the band performed as they sang along with every lyric.  It was clear from the show that Titus Andronicus loved, more than anything else, performing for us as Stickles repeated numerous times, “This is pretty good,” and often exalted in his being in Chicago.  The most obvious indicator of the band’s happiness was their resistance in getting off the stage despite the pleas from the security guards, though much to the pleasure of the audience begging for more. 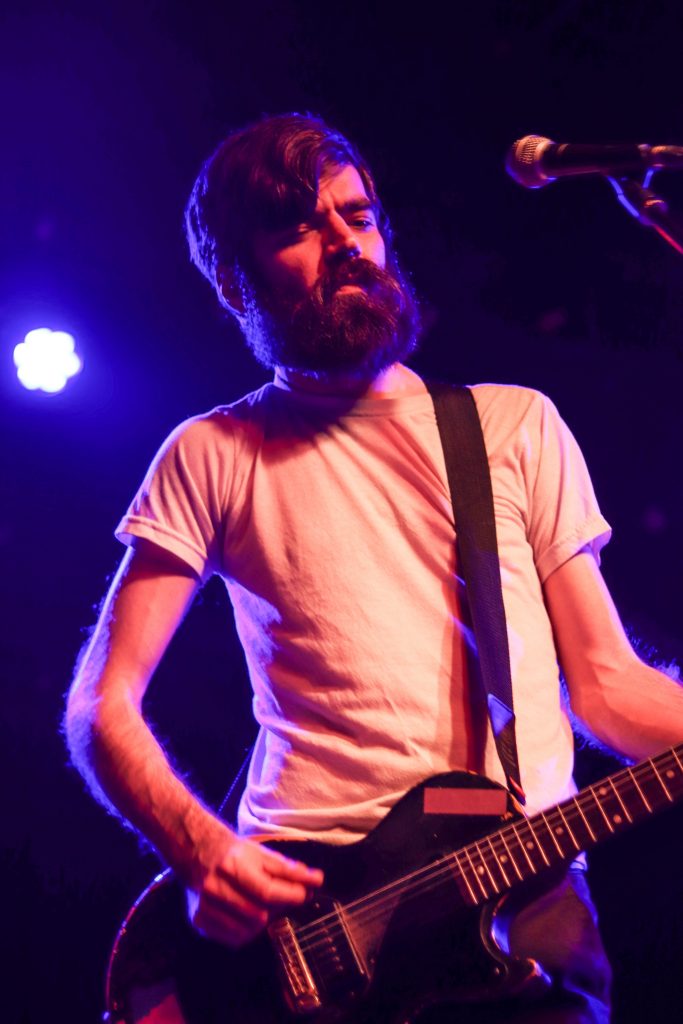 As the concert came to an end, to the excitement of the employees of the Bottom Lounge, the band informed the audience that they would be selling the merchandise themselves after the concert, leading to a flood of audience members toward the back of the room.  Everyone was anxious to meet the band that had just made their Friday night.