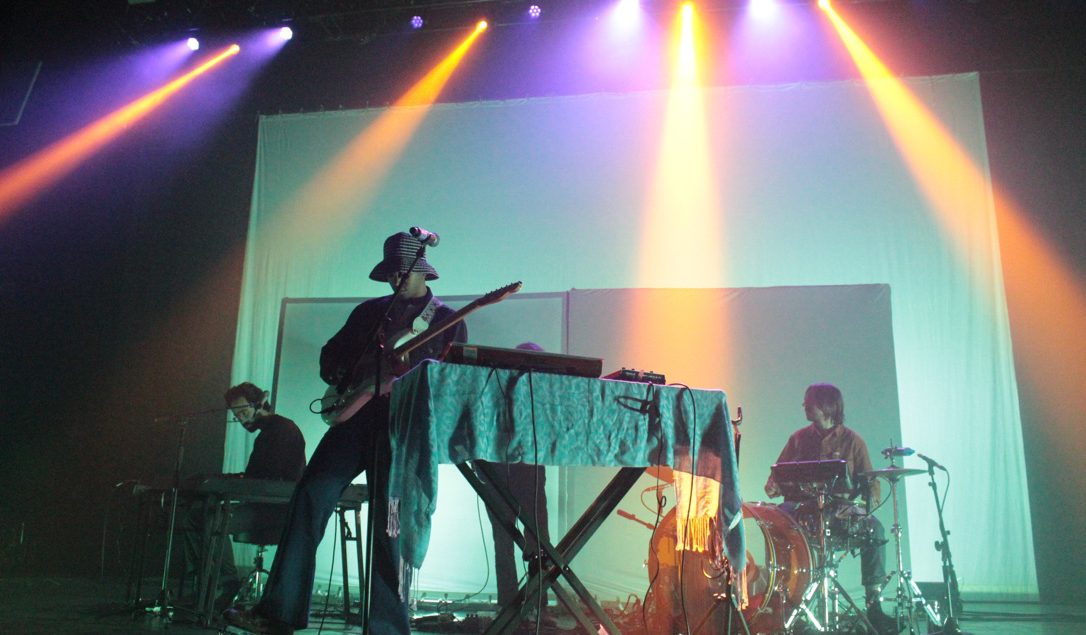 SOLD OUT in bold, black letters was written below the flashing lights of the Riviera Theater. The audience chattered in the cold as they awaited for security to let them in. After the buzz of picking up a photo guest pass for the first time, I noticed the green glow that emerged from the doorway into the main seating/standing area. Fog filled the theater, spilling out from the stage. There was already a mellow, yet excited energy that was forming in the crowd. Trap music played as the clock ticked towards the introduction of Channel Tres, the night’s opener.

Raised in Compton, California, the artist has a sound that blends together various inspirations; like a melting pot of rap lyricism, house melodies, and funk bounce. On Spotify most of his songs have recently eclipsed 1 million streams. His biggest social media presence is on Instagram where he has over 40 thousand followers. Channel Tres had a talkative presence on-stage, unapologetic in talking about and expressing his roots. He mentioned his younger brother’s jail situation, his father’s origins in Chicago, and how once he performed his last song he would “go do drugs, drink some alcohol and play some house music” at his late-night DJ set.

After a few technical difficulties with sound, Channel Tres and his two backup dancers strutted onto center stage with confidence and excitement. The second track “Jet Black” had a pulsating funkhouse rhythm that got head nods that wouldn’t cease for the rest of the set. This swaying and waving of the crowd continued through “Glide” and “Black Moses.” Before starting “Brilliant Nigga,” Channel Tres monologued with skit-style delivery: “I came up with this little phrase, even though niggas trynna pop me off, I’m doing it. I’m just a self made nigga that want it all. I’m a brilliant nigga. Brilliant nigga on my waaaay,” and the music began blending with his voice.

Next was my personal favorite — “Topdown” — which I was introduced to this July. A techno metronome beeped along with a synthesized bass melody that lasted thirty seconds. As soon as the clapping snares and hi-hats begin, the song spread its wings. The audience cheered as the blue tinted backdrop and green flood lights flashed, as if we were all on a night club’s dance floor. The emotive faces and performances coming from his backup dancers throughout the show only added to the energetic vibe.

Channel Tres uses a lot of bass-like voices to repeat his lyrics as funk and house melodies and rhythms get bodies swiveling and feet tapping no matter the age. His music vocabulary constructed in Southern California shines through in his charismatic appreciation for the act of performing. The Riviera was lucky to have Channel Tres perform in his days of bubbling popularity. He’ll be making noise soon enough.

By 9:10 p.m. Chaz Bear, aka Toro y Moi, still hadn’t taken the stage. The anxiety proliferated on the faces of everyone —from the balcony, to the bar, to those hugging the fence six-feet from the edge of the stage. A loud cheer of relief came when Toro y Moi and the band appeared from out of vision. The greenish-white backdrop emitted a sense of life and gave way to the music’s ability to encapsulate the focus and spirit of the crowd. As the acoustics and drums began, excitement grew. 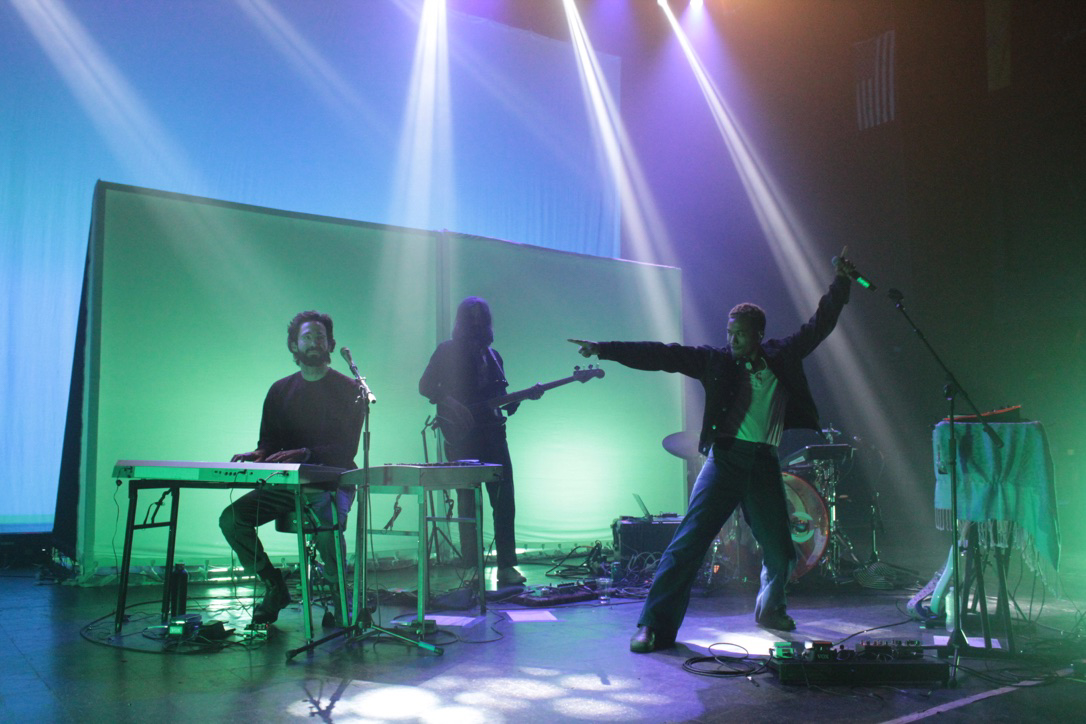 Song after song, the lights ran through a spectrum of colors, each bolstering a certain emotion from the sounds and the performers. Toro y Moi went back and forth between playing the keys to making arcs around the stage as he passionately sang into the mic. On tracks like “New House,” “Window,” and “Fading,” he utilized his usual distorted voice — almost Travis Scott- or Tame Impala-esque. As every track faded and another began, it seemed as though everyone in the crowd had a favorite. Fan favorites like “Ordinary Pleasure,” “Girl Like You,” and “Freelance” earned the largest applause and brought out the dance moves in everybody. Orange, pink, and yellow lighting continuously decorated the space. The intimate setting was accentuated by the shared relaxed reception to the performance. Even as Bear maneuvered his tracks full of contemporary rap and pop influences, the atmosphere was unchanging.

Both performers were able to capture the upbeat, house party animal in all of us, tamed with an air of easygoing, summer vacation mentality. The Riviera was buzzing from the moment the doors opened to the last breath of air transmitted through the mic. It was a show that evoked all the right emotions as we enter an election year, a new decade, and a new chance to find some outer peace as we navigate all our inner turmoils.