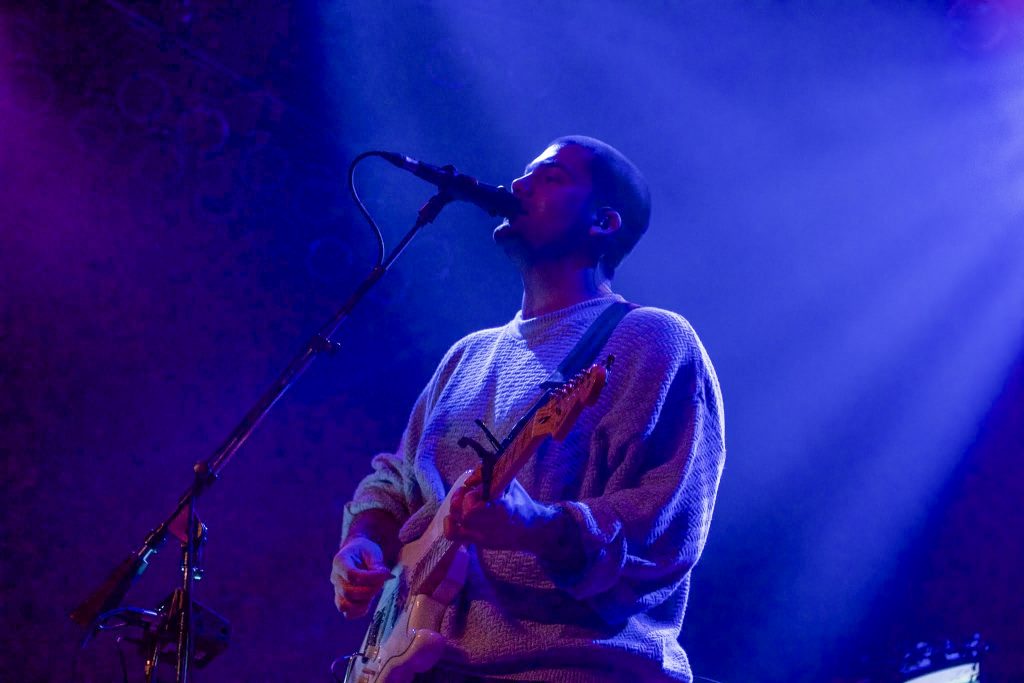 Write-up and Photos by Lillian Aff

As I rode the L to my first-ever House of Blues concert, I listened through my well-loved digital copy of Turnover’s Peripheral Vision. Known for being both nostalgic and emotionally turbulent in their lyrics, the Virginia Beach band stole my heart as an emo-but-not-emo kid looking to transition from pop-punk to a more dreamy sound. Their lovelorn, exasperated lyrics and atmospheric guitar rhythms in their older work leave me with an aching chest after a long listen.

Turnover smoothed out their vulnerability on their newest record, Good Nature. With sunny and coastal imagery, I’m transported back home to Northern California when I put on the first track, “Supernatural.” It’s thematically more positive than their earlier releases, so I was eager to hear how they would balance their more volatile songs with this happier, more hopeful tone. 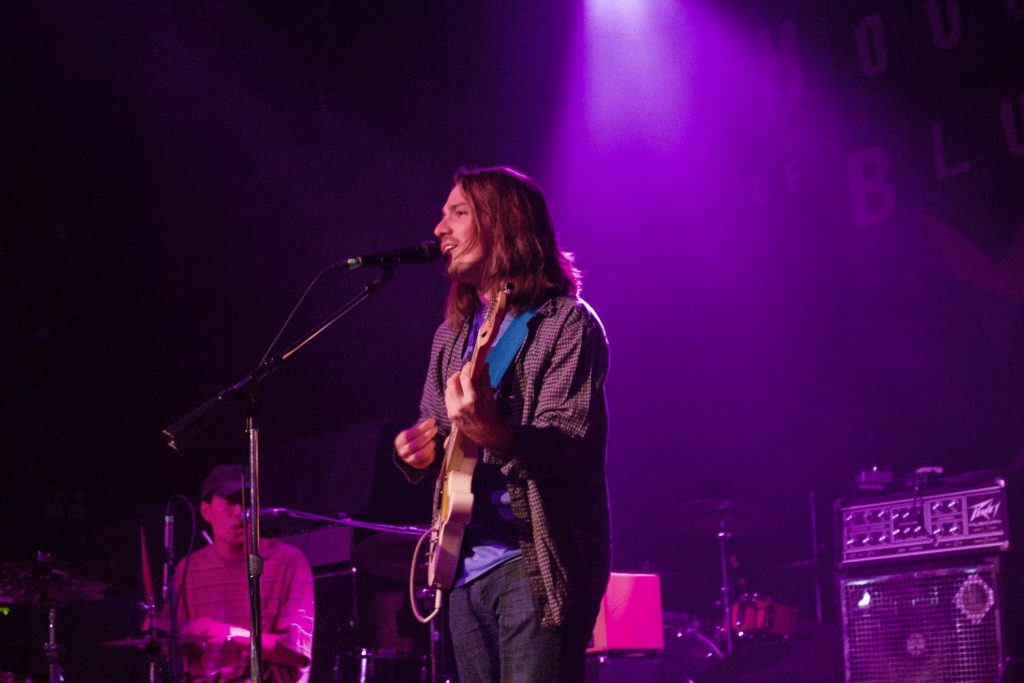 The first opener was Summer Salt, a band I had only flirted with in my Spotify recommended before this show. A “rock’n’roll band” from Austin, they were true to their name. Their chill, bossa nova inspired electric guitar and relaxed lyrics gave the oldie sound a new edge. They embodied a fun summer. Everything about their act was endearing and quirky, but frontman Matt Terry’s purple socks and beautiful soprano really sealed it for me. That, and bassist Phil Baier needing to sit through the set because of his “broken baby” (sprained ankle) was not only a practice in adorable phrasing, but a testament to the band’s dedication.

A lot of the crowd seemed to know who they were, and sang along as they played “Driving to Hawaii,” one of their more well-known songs. After all, who doesn’t want to surf down the street, drink all day and sing under the stars? Their easygoing tone also reminded me of Turnover’s newest record. The songs seemed to have correlating themes: dreaming of warmer weather, wanting to run away and a longing for love.

If Summer Salt had similar vibes to their new record, Mannequin Pussy created a wave of emotion reminiscent of Turnover’s stormier cuts, yet very, very different. Hailing from Philadelphia, they were punk incarnate. As they stepped on stage, the mood of the room darkened. Some were excited for this change, like me, but I also saw boredom emanating from people around me who just wanted to hear Turnover. I was confused; how can you not be excited when such a cool lead like Marisa Dabice steps on stage? 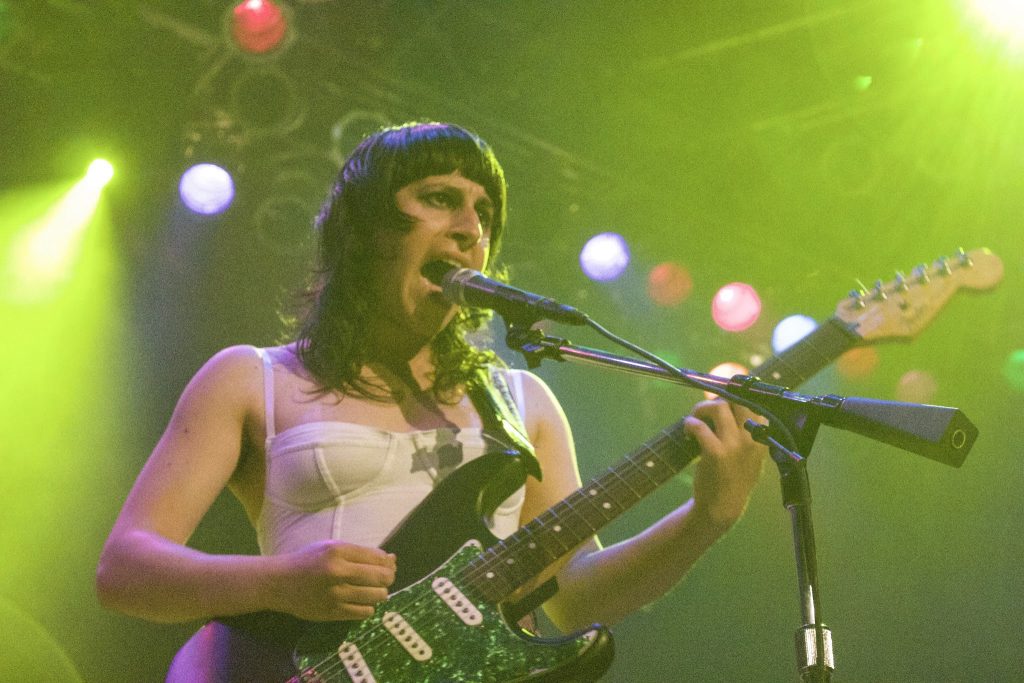 As Mannequin Pussy balanced tenderness and hardness in their set, I was being hurt and then healed over and over again. The only song of theirs I knew well was “Romantic,” a track that perfectly illustrates Dabice’s range and power as an artist. From singing sweetly into the mic to screaming, “I’m in hell,” backed by loud metal guitar, she never let up on us for even a second. They were so eclectic that it rattled my brain, and so lively that I couldn’t take my eyes off of them for even a second. 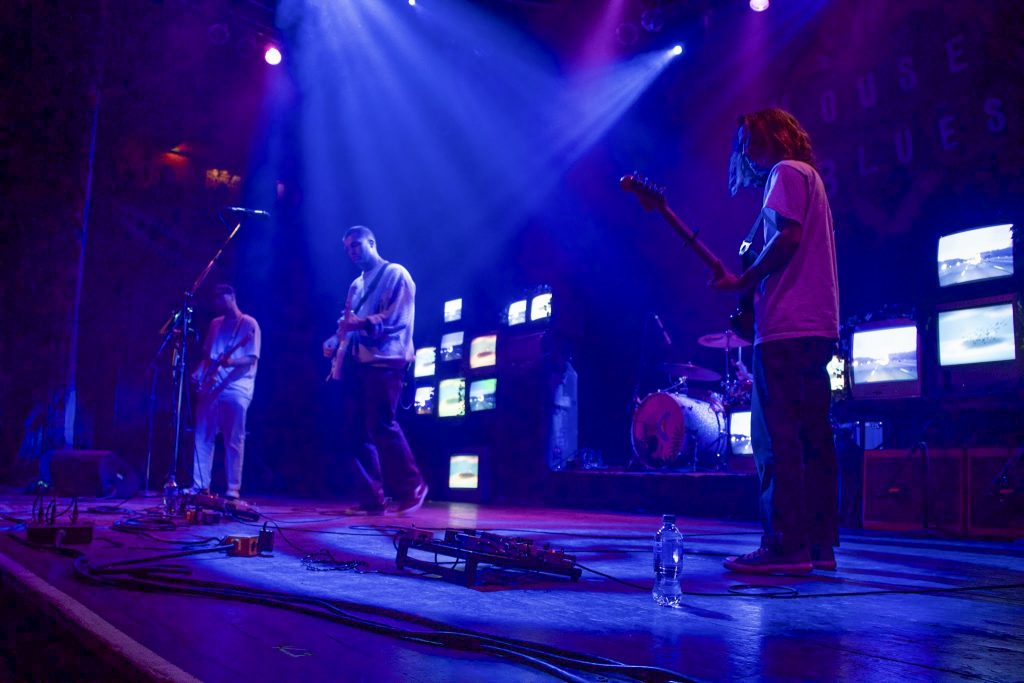 Regardless of whether they liked Mannequin Pussy or not, everyone was ready for Turnover to take the stage. As the curtains opened, we were greeted by a set of glowing, ever-changing T.V.s entangled in ivy while the main act played “Supernatural.” If their goal was to make me cry, they succeeded. Austin Getz’s vocals sounded exactly like they do on their studio albums, and I was overcome by how tight they were as a band while they alluded to escaping to the place I call home.

After overcoming some technical difficulties, they played “Humming” from Peripheral Vision, a tune that sparked crowd-surfing that reminded me of the band’s pop-punk roots. I heard a roar of people screaming along as Getz sang, “I want to run and hide with you tonight,” and felt like we were all going somewhere far away, together. Another electric moment in the set was “Take My Head,” an anthem for those summers when you just spiral out of control. The chaos of this track was infectious; I was reminded of all of the things I’ve said but never done, and it made me want to “cut my brain into hemispheres” too. 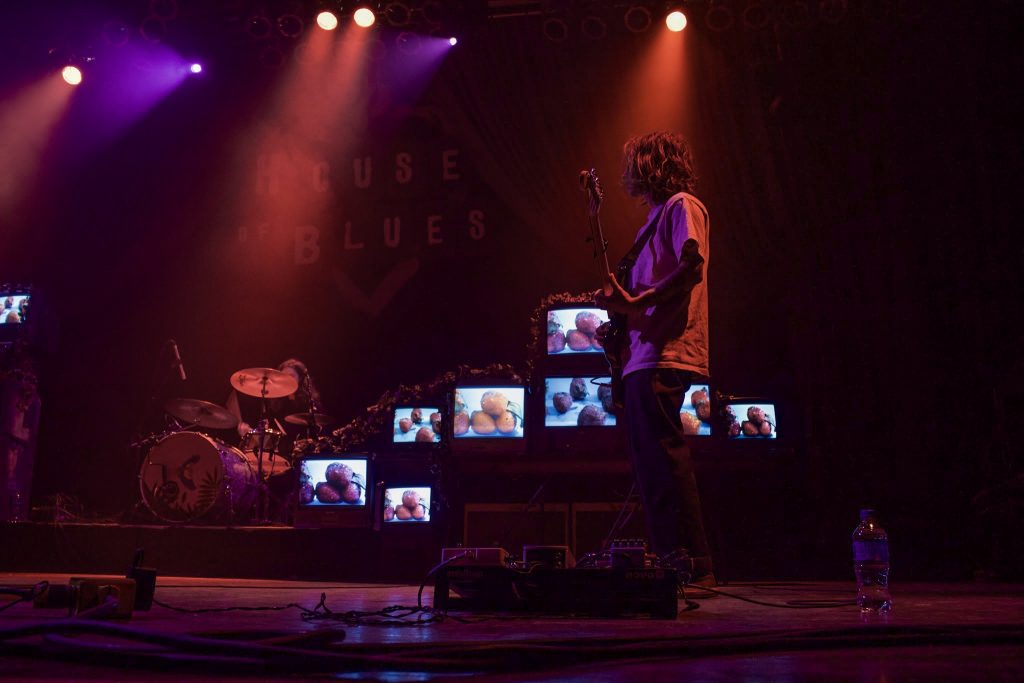 They balanced these painful tracks with what were almost like peaceful interludes from their new album. “Bonnie” encompassed the bittersweet feelings that comes with a new relationship, while explaining that it’s worth it, since “you and me being each other feels like all I ever needed.” Their mixture of old and new tracks felt natural, despite the clear differences between the two. They closed the set with the unstable “Dizzy On the Comedown,” and I felt emotionally raw yet new again, despite the ups and downs.