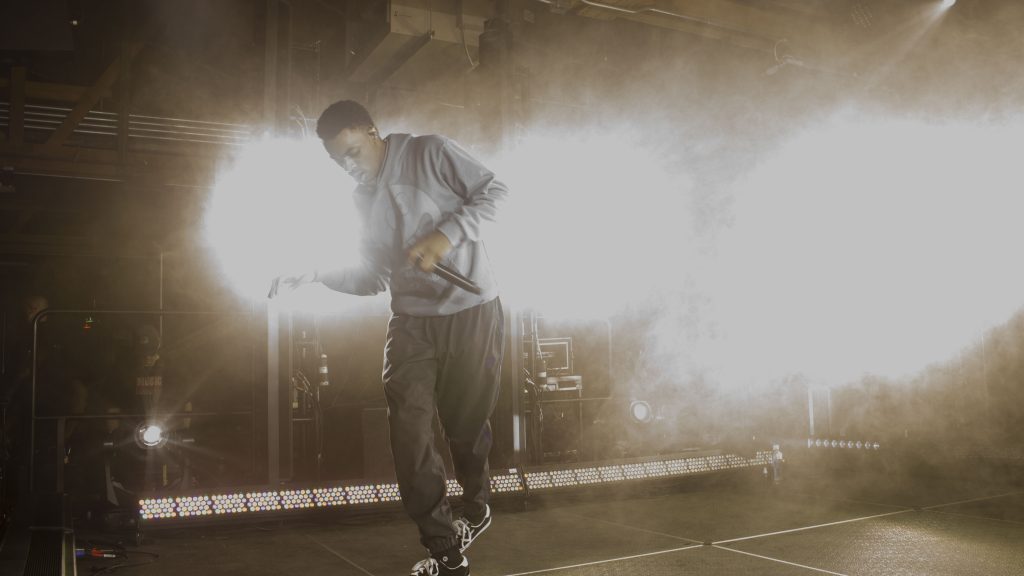 “If I die on stage don’t put me on Instagram,” Staples told the crowd as he sucked in on his inhaler between songs. Standing in the media pit of House of Van’s first installment of their summer house party series with sweat dripping down my back, I was begging for an inhaler myself. 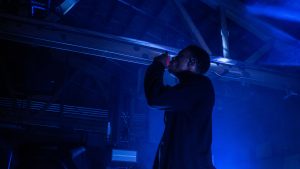 The show itself was curated by Vince Staples and the energy of the room was electric. Looking around the room, everyone seemed so damn cool. All the influencers were here to party and I felt that Chicago summertime magic that everyone tells you shows its head once the evil of winter finally relents. Ecstatic to be able to stand outside with only one layer on, the crowd was ready to release all the excess energy they had gained from staying inside during our extra-long winter. 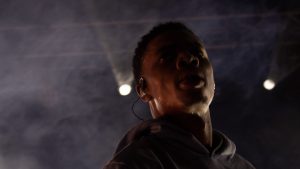 The show started off with a set by L.A. artist Vonnie B. If you don’t know her already, you may have seen her in the background of Kenny Beats weekly installment of The Cave featuring Vince Staples. Obviously friends, Vonnie B, like Staples, utilized hard-hitting lyrics in combination with West Coast sonics that immediately sucked the crowd into her presence. Short and sweet, Vonnie D commanded the audience’s attention from the moment she stepped on stage and started the show with a bang.

After Vonnie D was Dreamville’s Bas. While the hype around Revenge of the Dreamers III has been building for a few months now, Bas’ set focussed in on his own artistry and musical identity. Bas lightened the room with his set as his he proclaimed, “Free your mind and everything will follow.” While Vonnie B’s style was hard hitting and in your face, Bas’s music felt joyous and uplifting. Keeping the party going, Bas took crowd participation to another level as he invited a member of the crowd to rap the J. Cole verse from his song “Tribe”. 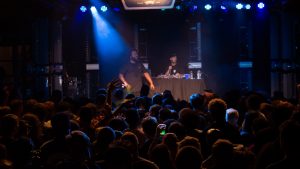 Capping off the evening, Vince Staples put an exclamation mark on the end of the House of Vans first installment of their 2019 concert series. Singing the lyrics to the Gorillaz “Ascension”, “The sky is falling, drop that ass before it crash!” Staples commanded the stage by himself and without the familiar presence of a DJ. Watching Staples masterful use of movement and wordplay, I was impressed that he continued to maintain the same energy throughout the performance, asthma and all.