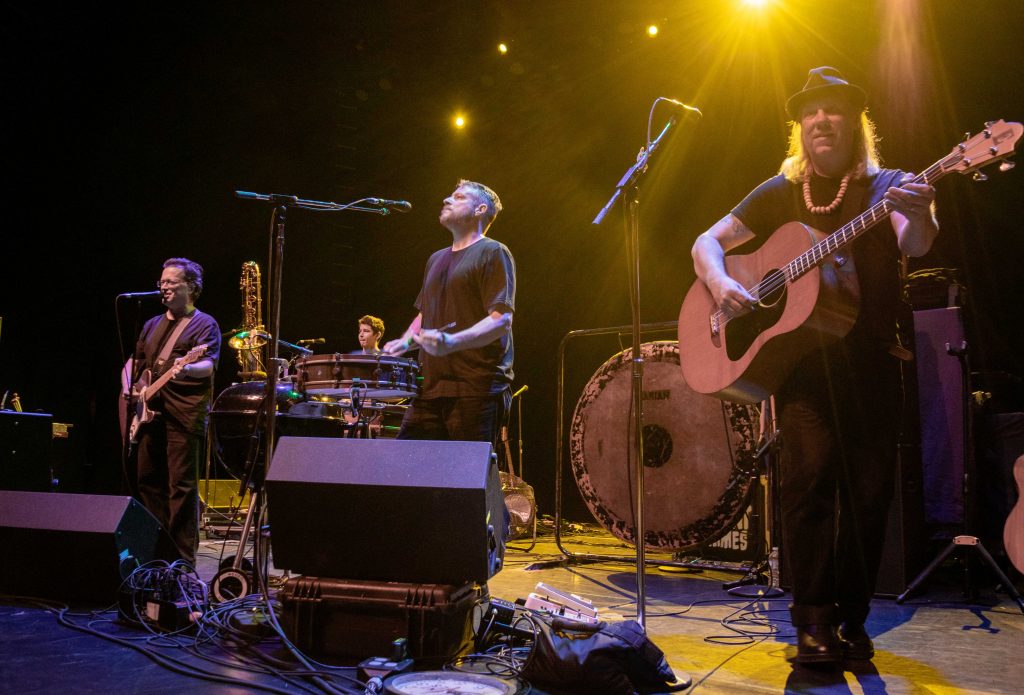 Standing in line outside the Vic Theatre waiting to get into a Violent Femmes concert, you might forget what decade you’re in. Your fellow concert-goers are silver-haired dads in Bears jerseys, millenials with upside-down cross earrings and Thrasher beanies, middle-aged punk heads in leather jackets, and slightly-confused college kids like me, who grew up listening to the Violent Femmes on vinyl in their parent’s living rooms. It makes sense. The Violent Femmes have been going strong seemingly forever. Since their start in 1981, the group has kept it kickin’ for an impressive thirty year run. Even after a notable hiatus, the group came back together for their 2015 EP “HAPPY NEW YEAR,” 2016 full-length LP “WE CAN DO ANYTHING,” and of course, for their 2018 tour of the United States and Canada, which I was so blessed to witness. 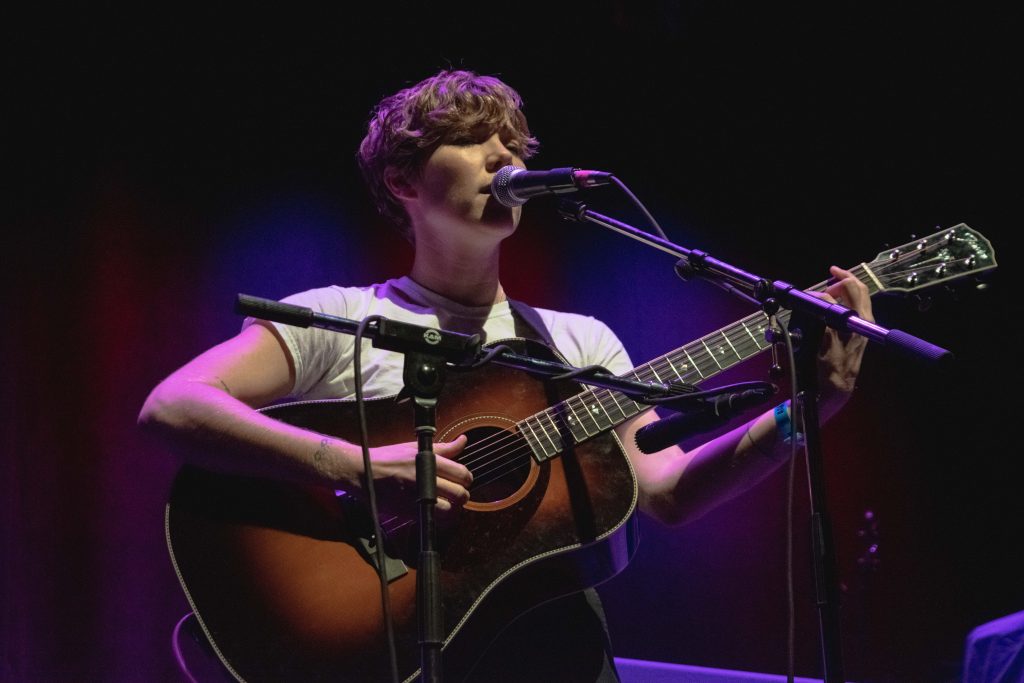 The show opened with a soft-spoken 30-minute set from Minneapolis’ Your Smith, a one-piece acoustic-y guitar and vocalist. With lyrics like, “You had it all but you went and gave it up,” and “You’re lying to me baby and I blame it on you,” the bluesy/folky/sway back and forth set reminded me of Neko Case at her most sentimental, or maybe of a pre-2015 Taylor Swift with more cussing. While Your Smith was mostly easy to digest and lullaby-esque, it’s clear that she has real talent, with pipes that can belt out notes that break the whole audience into applause. 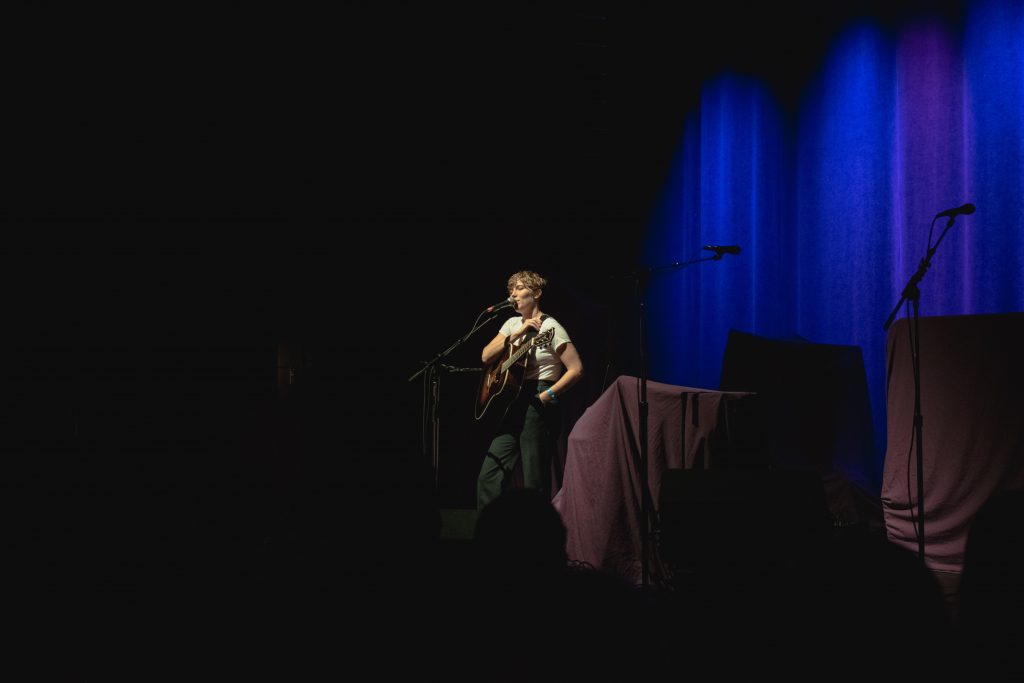 Following Your Smith, crew members appeared on stage to rip sheets off what I thought were giant stage props, but that turned out to be full horn section instruments, a 6 ft contrabass saxophone, a conch shell, a xylophone, and a charcoal burning barbeque grill (we find out later this is a part of John Sparrow’s drum kit). The three members opened the show wearing all black, looking like dads, but like, really cool dads, with a mellow classic: “Confessions,” off of their first, self-titled album. They were joined halfway through the first song by a full band: including two trombones, saxophones (of all shapes and sizes) played by Blaise Garza, two trumpets, and a kickass blues harmonica. 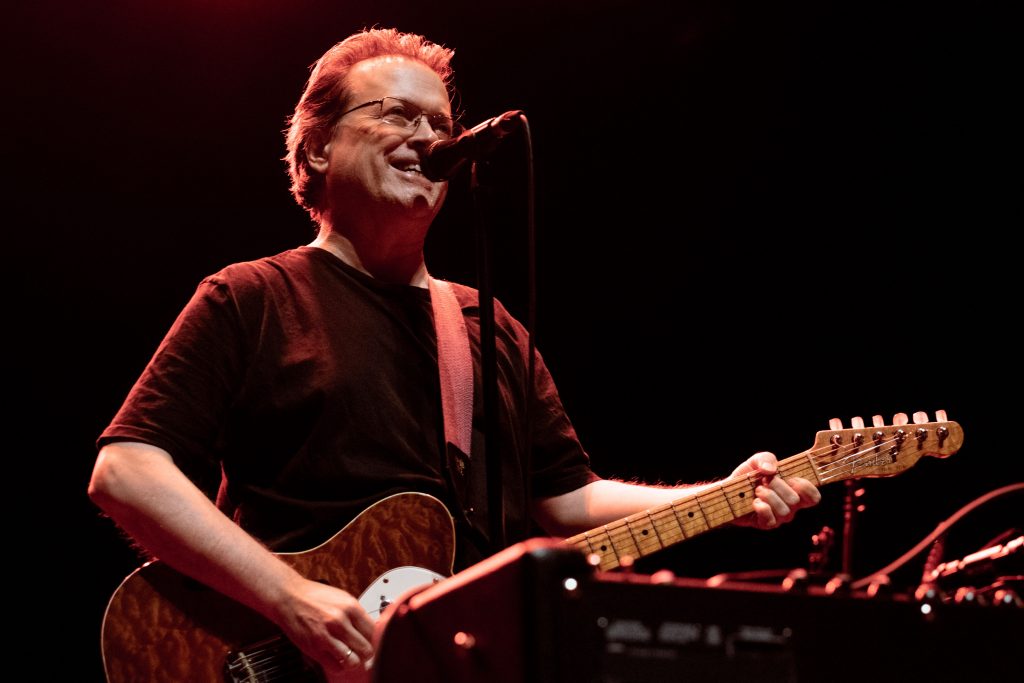 By “Blister in the Sun” the set had truly whipped up into full Violent Femmes angst-rock fashion. The whole crowd was bopping to the punk folk classics, even the moms behind me who asked me to take their picture because they “don’t understand selfies like you millenials do.” 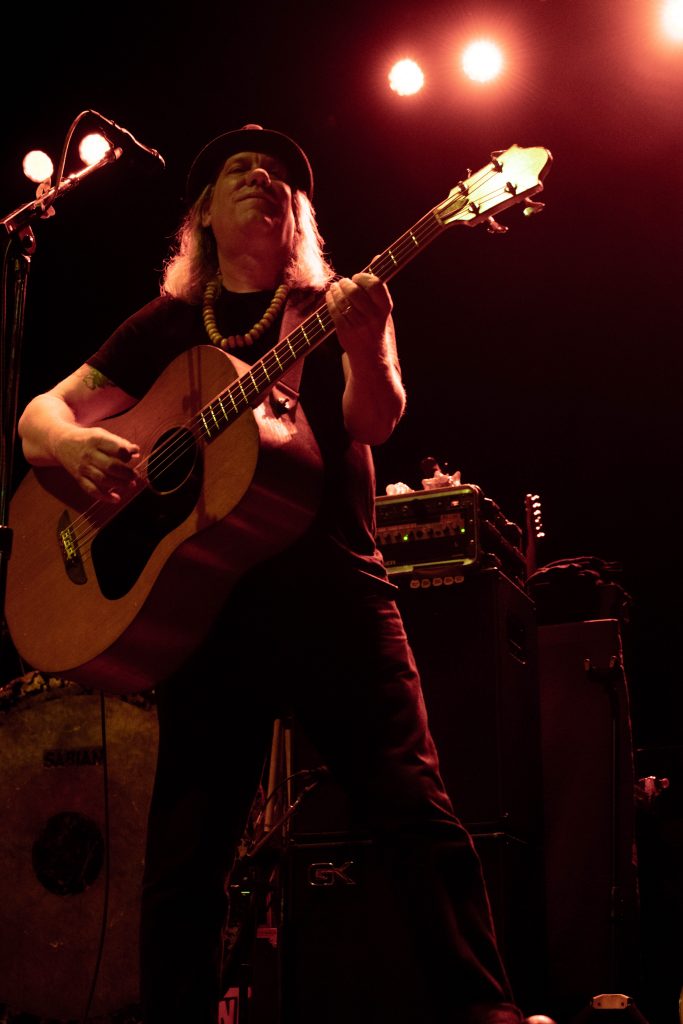 From their performance, its clear that the group has been together for a long time. They know each other’s energy, their performance is effortless, casual: they truly have fun, while not taking themselves too seriously. They decided what songs to play on the spot, frontman Gordon Gano frequently said tidbits like “oh yeah, that’s a good one, let’s play that.” Even though it’s clear the group knows how to put on a show, I got the feeling that I was watching the Violent Femmes exactly as they were in their beginnings. Gano, Ritchie, and Sparrow were framed by simple lighting and visuals while switching instruments (violin, banjo, cajon), breaking into guitar/bass/xylophone/barbeque grill experimental improv solos, and laughing at each other as they worked through their set: which was a rollercoaster of blues, rockabilly (with songs like “I Could Be Anything”), minimalist punk, and of course, the 90s garage rock we all know and love (with “Give Me the Car,” “Gone Daddy Gone”).

Their easy-going energy, undeniable showmanship, and chemistry with each other and the audience show that they have truly encapsulated the spirit of what the Violent Femmes aspires to be, and have brought it with them for a career of over three decades. They’ve made promises for music in the future, and I don’t doubt it’ll happen. The band is going strong, reader glasses and dad bods in tow. Every band claims to be timeless, but the Violent Femmes just might be. 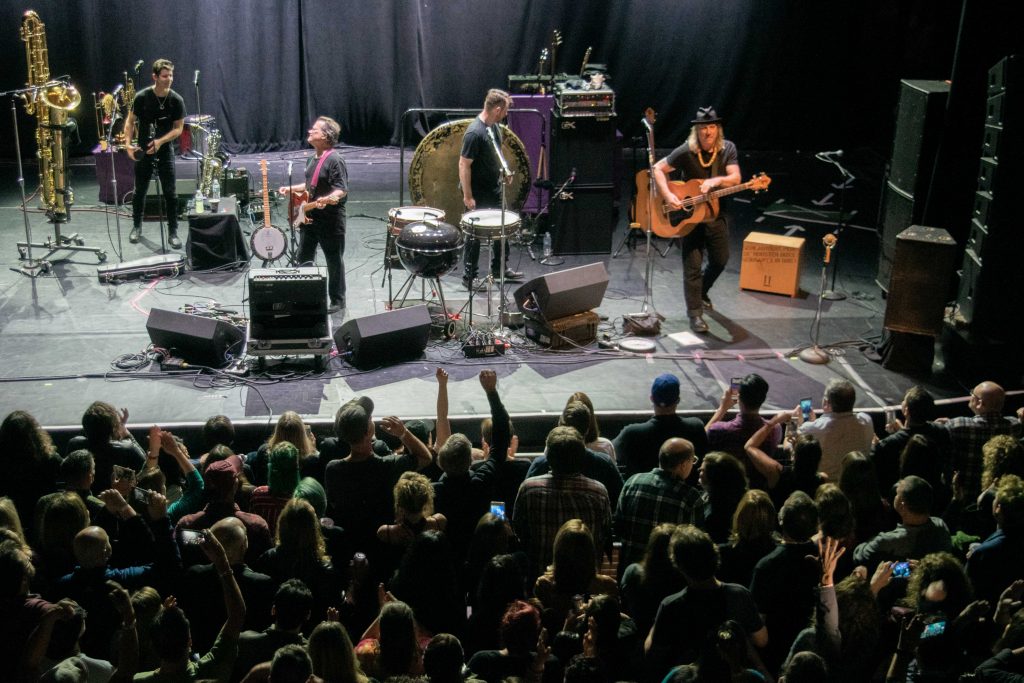