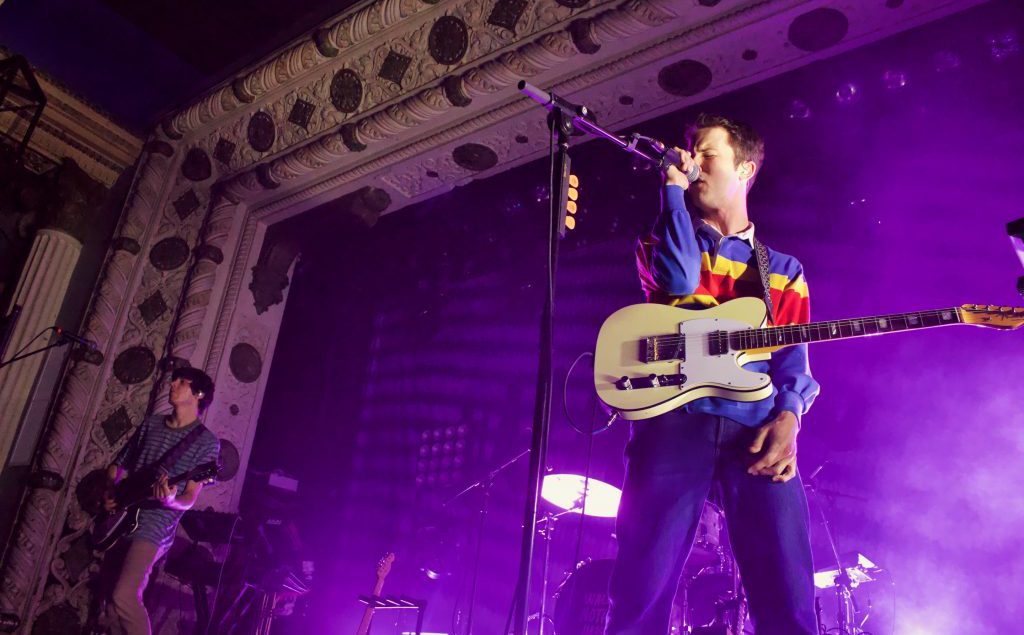 I didn’t expect a large crowd on a Wednesday night, so I was surprised to walk into the Metro to an already huge crowd for Joy Again. While the show was sold out, it seemed like everyone showed up early to try to get a good spot. I was late, but I’m sure the line out front before the doors opened was huge. Both the main floor and the balcony were full of people. I couldn’t even weasel my way to the front like I usually do. The crowd was also mainly younger-looking teenage girls. I was surprised by their occasional chorus of shrill screams, which is uncommon for most indie shows.

Then again, I should’ve known —  the main actor of the awful show 13 Reasons Why, Dylan Minnette, AKA Clay Jensen, is part of Wallows. I quickly realized what I thought would be an indie show would turn out to be a boy band concert. 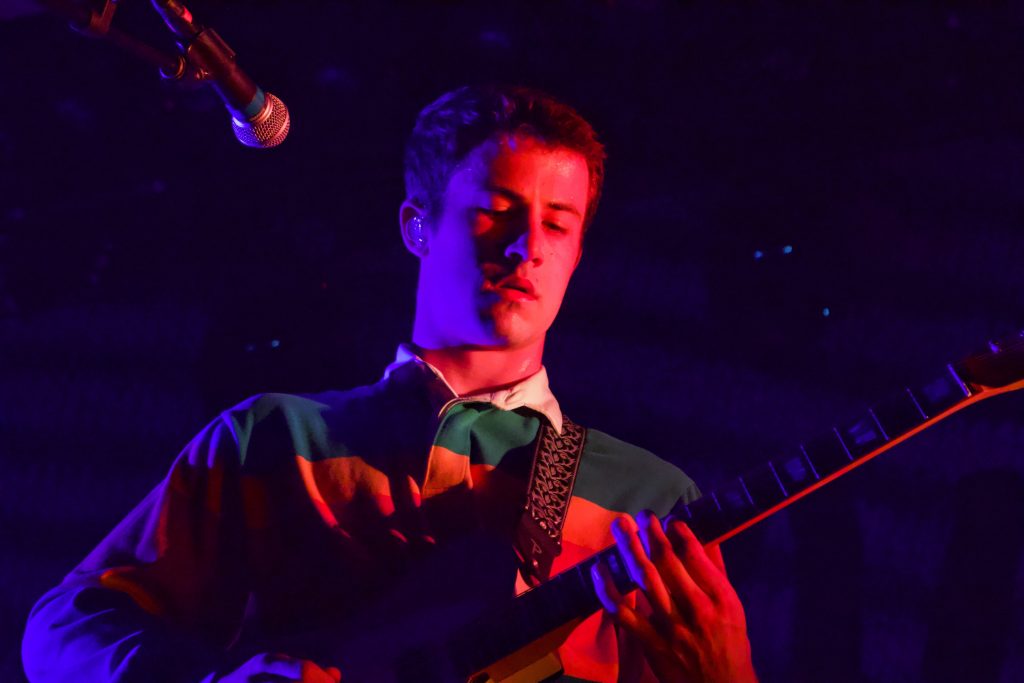 The show’s opener was Joy Again, a five-piece indie rock band from Philly. Arthur Shea, Sachi DiSerafino, Blaise O’Brien, Noah Burke, and Saint Sean Henry III make up the band. I’ve loved Joy Again for years, so I was super excited to see their performance. By the time I arrived it was so packed I had to linger on the outskirts of the crowd towards the back. I was fine dancing with more space though. Their set was fun and upbeat, which I wasn’t really expecting from their songs that I was familiar with. Their set was pretty short, only about 30 minutes. I could see them having an amazing house show set, but I didn’t think the medium sized venue full of young teens and a splattering of older men complemented the band’s energy.

Next came Wallows. Wallows is an indie rock band from Los Angeles comprised of Dylan Minnette (Clay), Braeden Lemasters, and Cole Preston. The young band’s first singles were just released in 2017, so it’s obvious their quick rise to sold-out shows in a mere 2 years can be attributed to Dylan’s rise to fame.

When the lights went out and signaled the band’s entrance, the crowd began to chant “Wallows! Wallows!” Everyone proceeded to scream their head off when the band walked on, and I’m not gonna lie — I was pretty excited when I saw Dylan. The crowd knew every word of the first song right off the bat. It felt like a cliché concert scene in a teenage movie. Or a 5 Seconds of Summer show. Heavy boy band vibes.

The band’s energy was electric, and their lights strobed with every beat and changed color every song. I wasn’t super familiar with their discography but knew a fair amount of songs. Their song “Sidelines” has a super dancey vibe and was a lot of fun. The band’s sound is nostalgic, making you rack your brain thinking of what band they remind you of, but you can’t quite pinpoint it. 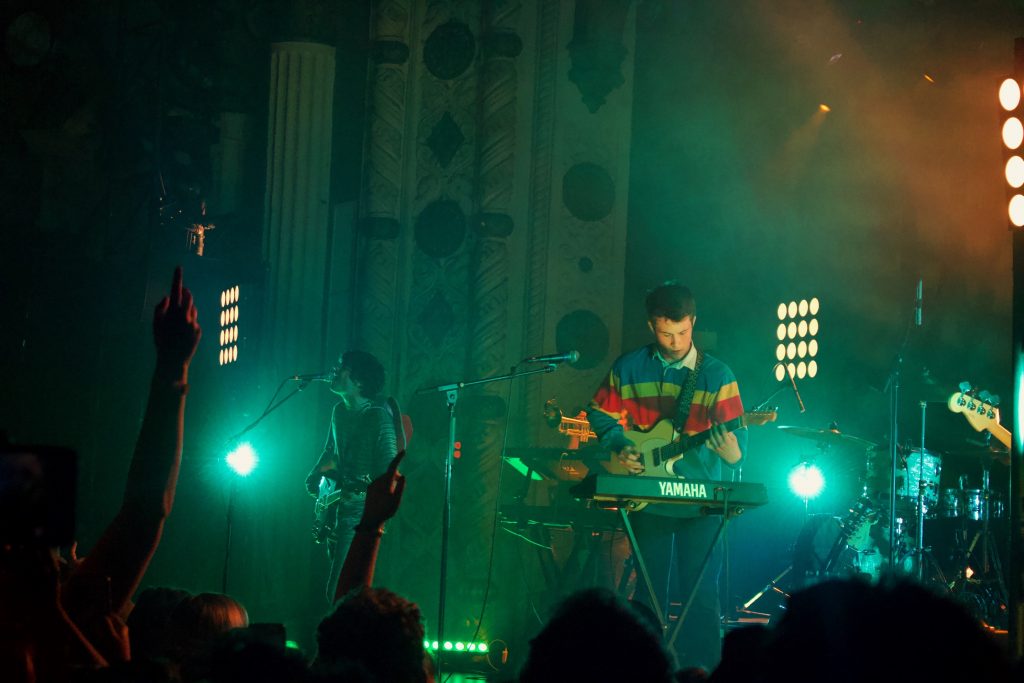 During “These Days,” Dylan grabbed the mic, walking all over the stage and dancing along with the crowd. I couldn’t imagine how excited the girls who were huge fans of him felt. I yelled, “Okay, do the damn the thing, Clay!” The whole band was pretty talented. While their popularity may have been brought about by the Netflix show, they definitely deserved it.

Wallows ended their main set with an instrumental outro while their lights flashed with every guitar strum. After the encore, Braeden sang “1980s Horror Film” alone until the other members joined to sing together on one mic. They finished with “Pleaser.”