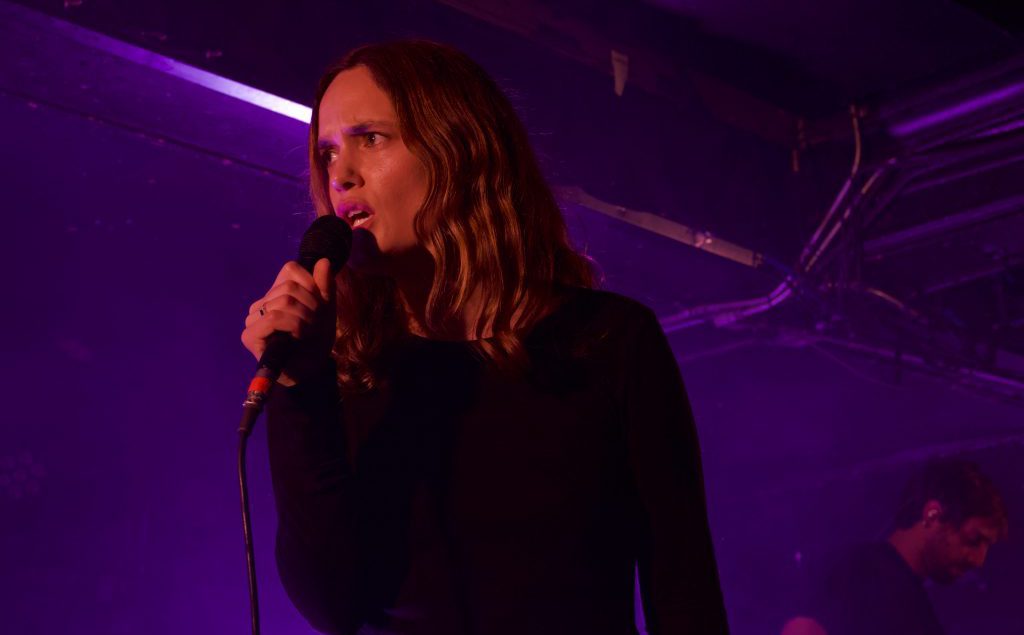 Brooklyn-based duo Wet wants their shows to be as accessible to the public as possible. “If we could eliminate money from the equation, we would. It’s such a bummer how expensive [show tickets] can be” said lead singer Kelly Zutrau in a pre-show interview.

“My worst nightmare is a show where only rich people are there, that sounds like a shitty show” she added, laughing.

I imagine that Zutrau was satisfied with the diversity and intimacy of Tuesday night’s crowd at the Subterranean. The two-story venue was small, but packed, and the love Wet received from the audience resembled that of a crowd twice its size.

Two songs on Hana Vu’s debut album, “How Many Times Have You Driven By” are featured on Spotify’s Bedroom Pop playlist. This gave me a perception of Vu’s sound as guitar-heavy and airy. During this tour, however, the 18-year-old has been forming an identity as a hard rocker. Vu filled the venue with loud, passionate vocals and sonic electric guitar echoes that packed a punch.

For those arriving early enough to catch her 5:30 set time, Vu did some awkward but charming crowd-work with lines like: “I usually ask what you guys had for dinner but it’s, like, 2 PM right now. So, I’m just gonna do more songs.” This served as a reminder of her youth and at times, it was jarring to hear how abruptly she switched from this gentle banter to another high-octane song.

Her last, and most popular song “Crying on the Subway,” represented her most stylistically diverse offering. She accentuated the end of each phrases with 80s pop-esque vocal yips. When her set concluded, she gave a simple “thanks!” and hurried off the stage, another demonstration of her adjusting to the tour circuit. 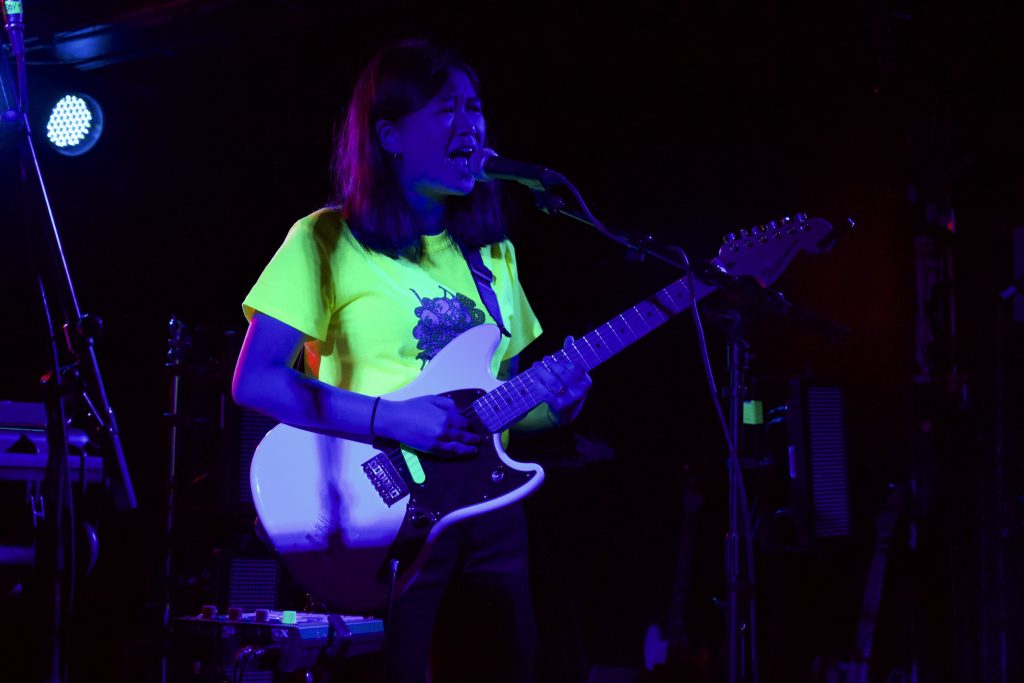 Kilo Kish brought an energy unlike any I had ever seen live. Her intro music consisted of rumbling and submarine noises and she took the stage wearing a striking silver dress and silver eyelid makeup to match. As strobe lights went in and out, the room practically vibrated with every bass thump. Kish also used her body to convey the emotion in her music; strutting, prancing and even doing the running man around the stage over the sizzling electronic production.

While some may know Kish from her comforting, cotton ball-like voice, she did not feature it as much as I would have liked. The overbearing presence of the production often made her difficult to hear. It took the softer beat on “Age and Self-Esteem: A Funhouse Mirror,” for the crowd to finally hear these soothing vocals.

Kish’s set felt much more like a performance than a concert. It was Kilo’s world and the audience was living in it in this one; she chose to severely limit audience engagement. The audience did not seem to mind, though. A few particularly devoted fans confidently shouted out the lyrics to songs like “Self Importance” and her tornado-like energy on the stage was met with copious whoops from the crowd. 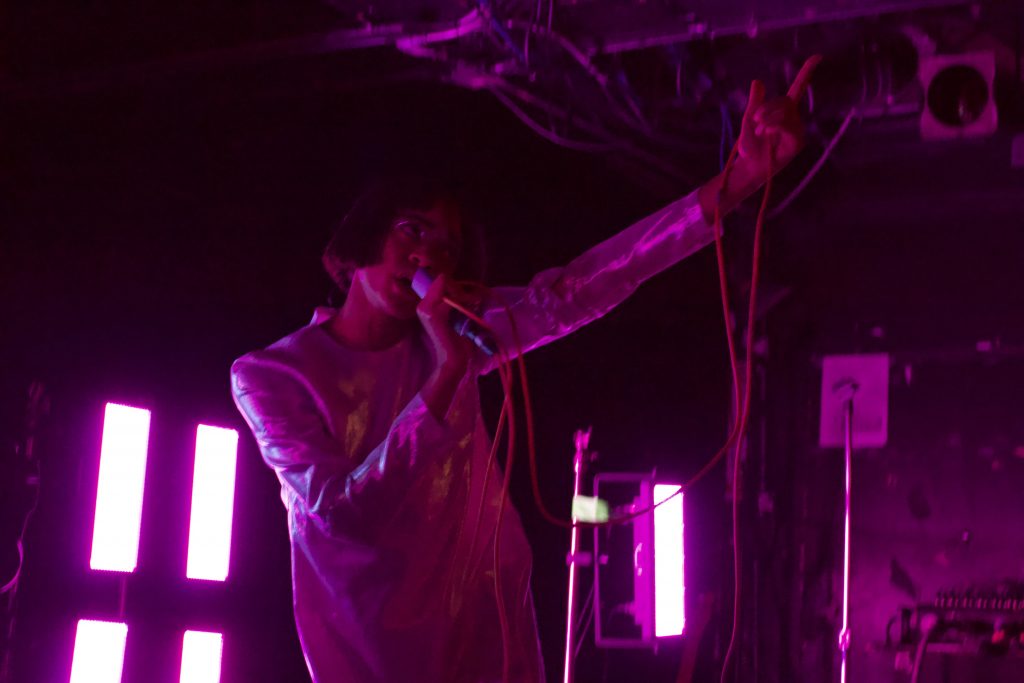 Kelly Zutrau came out wearing all black and looked comfortable onstage from the start. She showed this through frequent interaction with the audience. For “This Woman Loves You,” she went deep into the song’s backstory as a reaction toward past lovers, and the United States as a whole. The vulnerability continued when she sat down centerstage with her autoharp to play “All the Ways” and “Still Run.”

For many of Wet’s pre-recorded tracks, producer Joe Valle cooks up a tranquil backing track. Live, though, Wet takes a different approach, adding bass and drums to their live performances. This proved to be a fantastic choice because Zutrau was up to the task, shining alongside the instrumentation with a more powerful voice than one would hear in studio versions. 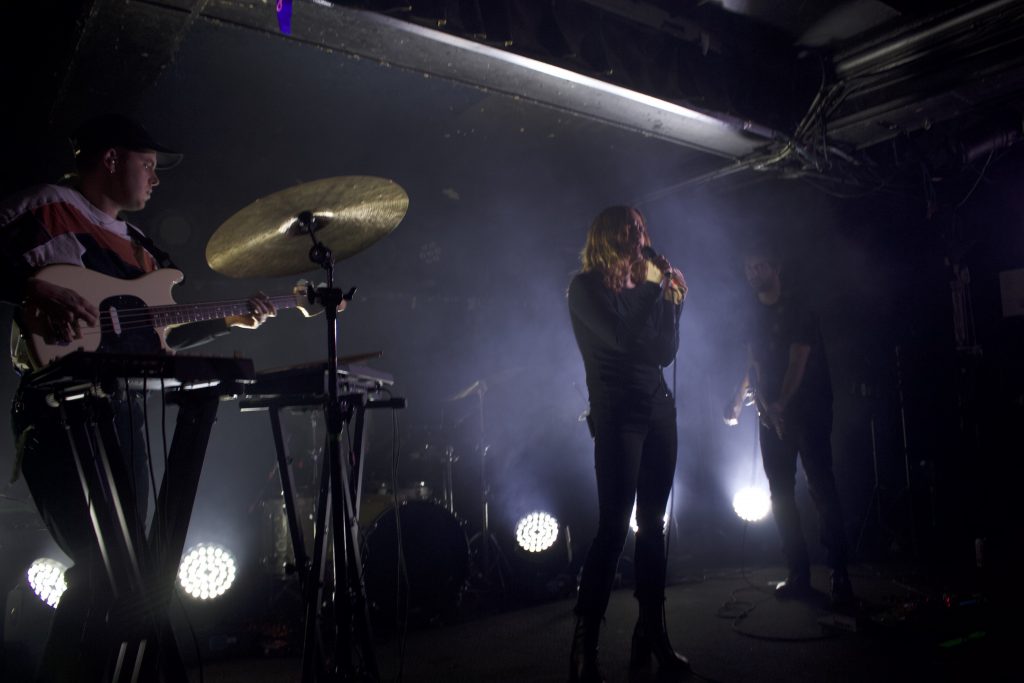 Themes of feminism and female empowerment played an important role, especially in Wet’s set. Zutrau commented on her good fortune of touring with Vu and Kish: “It’s rare to have a tour with all female headliners.” Wet’s track “Lately” stood out, as it coupled Zutrau’s frustration from a toxic relationship with a catchy chorus that turns the tables on her lover: “You look at me like something’s wrong if I ever ask for help / But what have you done for me lately?” It was clear that “Lately” spoke to a lot of the audience in different ways. As she sang the breathy soulful chorus, older couples swayed from side to side in each other’s arms and 15-year-old girls mouthed every word.

As a whole, the crowd responded well not only to Zutrau’s vocals but also to her general demeanor. It was clear Zutrau was thankful to be there and she expressed her gratitude on multiple occasions, saying, “Chicago, I can always count on you to fill up a room” and staging an impromptu meet and greet after the show where she signed fans’ posters. What was not to love? 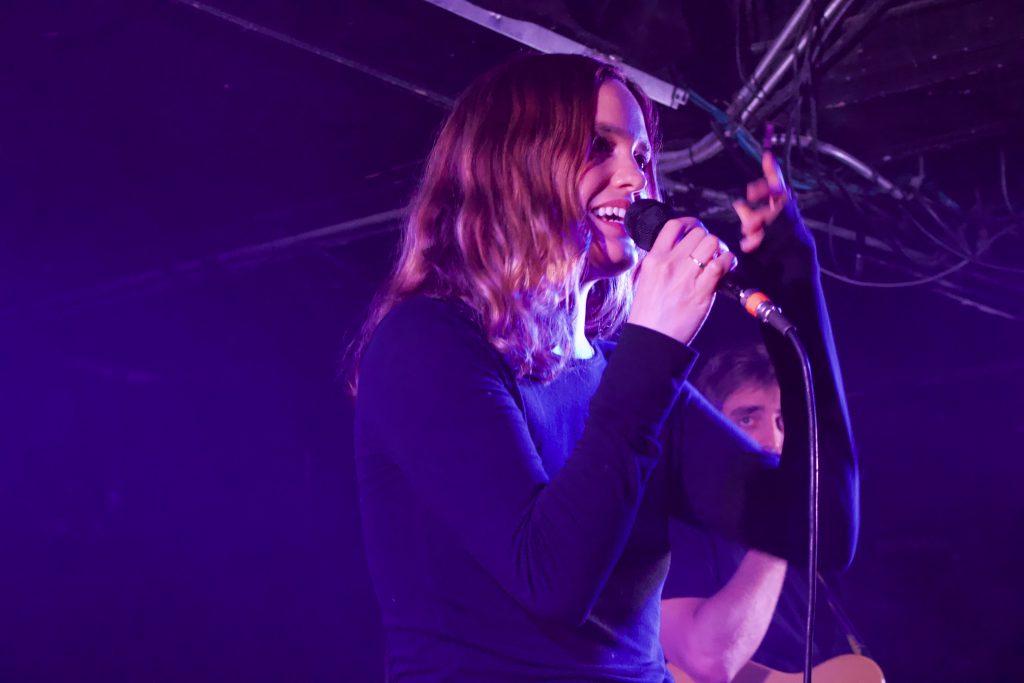 LISTEN TO THESE A.S.A.P.