It’s been over six months since I felt other people’s sweat on my body, packed tightly into a hot concert venue, dancing with strangers.

I didn’t get any of that on Sunday, when Whitney played a drive-in show at the Adler Planetarium parking lot. But I did get the thrill of live music, the communal joy of singing along with a crowd.

The show was hosted by Lakeshore Drive-In, one of the few groups in Chicago putting on live music events. Attendees were required to purchase car passes, good for four people per vehicle, and were allotted an additional socially-distant parking spot for dancing and sitting. Concert-goers could even order food online to be delivered straight to their cars. Everyone wore masks — even most of the performers. 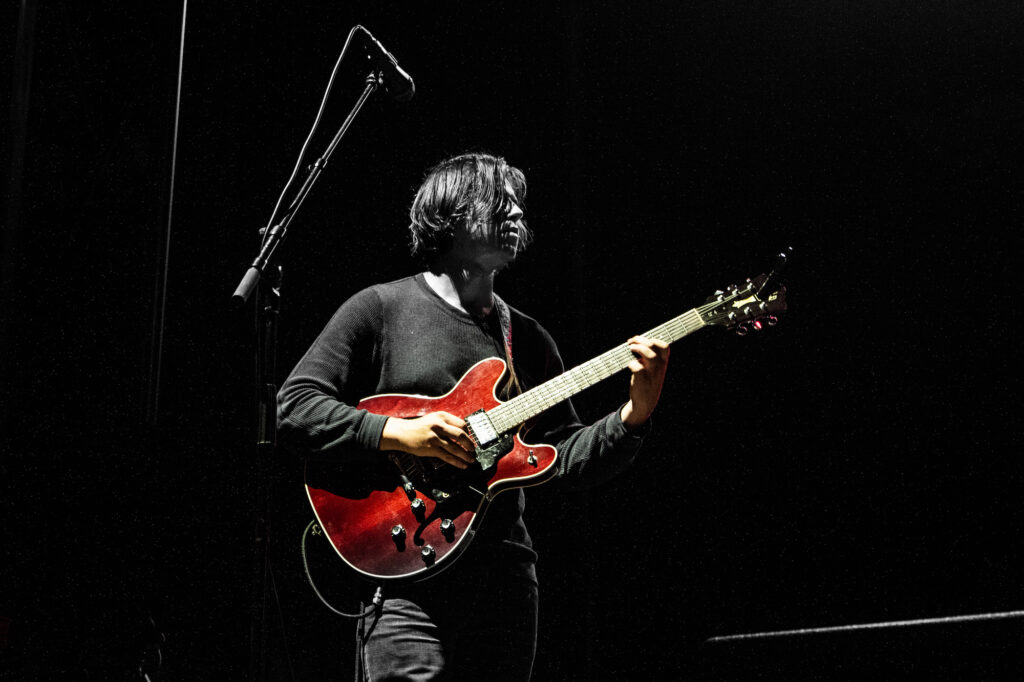 In between songs, Trifilio captured the absurdity of the moment with bluntness: “We’re in a pandemic; isn’t that crazy?” The band called for a “socially-distant mosh” during the sparkling “6 Weeks.” The song is about trying to repair a broken relationship, but the hook, which repeats, “Can we go back?” carried new meaning amidst a seemingly endless pandemic.

During the band’s last song, “Painkiller,” audience members danced atop their cars and honked their horns in lieu of applause.

Whitney, complete with a string section, entered the stage shortly after, opening their set with a stripped-down rendition of “Forever Turned Around.” Lead singer Julien Ehrlich, who is usually found behind the drum kit, played the majority of the show up front on acoustic guitar. The band played slower versions of songs like “No Matter Where We Go,” squeezing emotion out of the lyrics: “I wanna drive around / With you with the windows down.”

The show was intimate, with only five rows of cars lined up in front of the outdoor stage, facing the Chicago skyline. With attendees sitting in their car trunks or dancing in their designated spots, the concert had a very laid-back vibe. 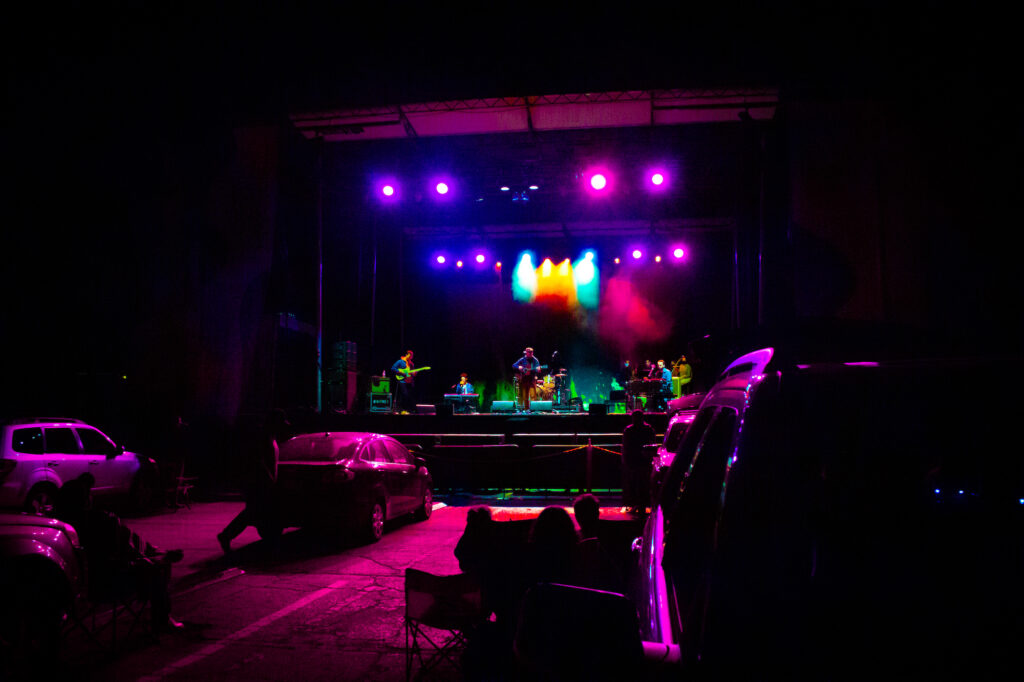 Whitney hopped around their discography, playing tunes from 2016’s Light Upon the Lake up to last year’s Forever Turned Around. Will Miller flexed his trumpet skills on “Giving Up,” while Max Kakacek ripped a wailing slide guitar solo on “Dave’s Song.” The band also played a few songs from their 2020 covers album, Candid. Ehrlich picked up the drumsticks for a cover of SWV’s “Rain” and suggested the crowd should light up a joint for The Roches’ “Hammond’s Song.”

“No Woman,” elevated by live violins and cellos, elicited cheers from the scattered audience. Lush soundscapes created by string and synths accented the downtempo “Light Upon the Lake.” The set hit an energetic note with the peppy “The Falls” and soaring “Golden Days.” 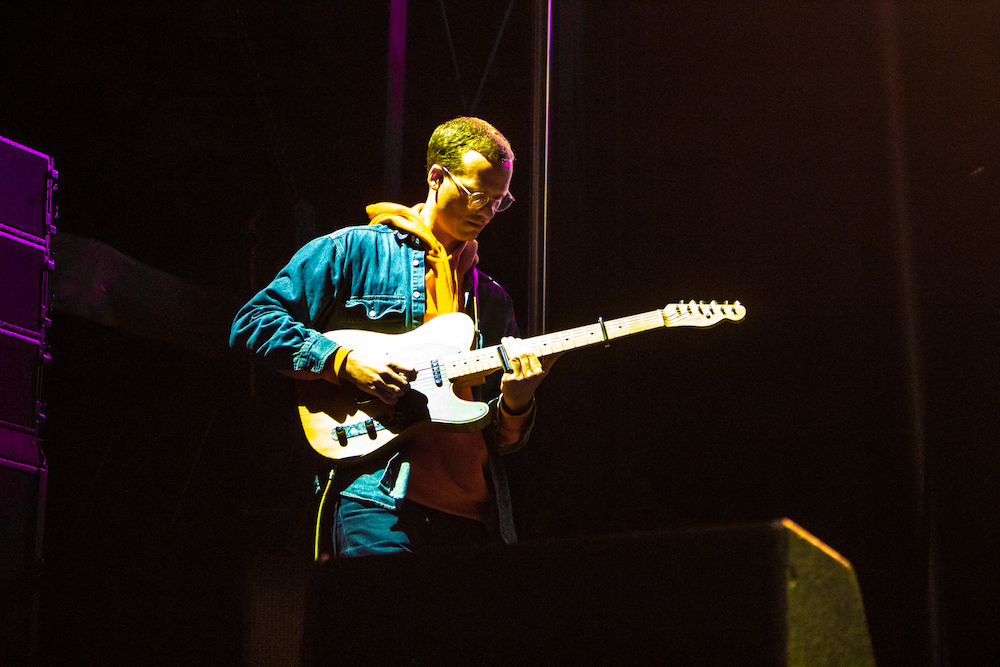 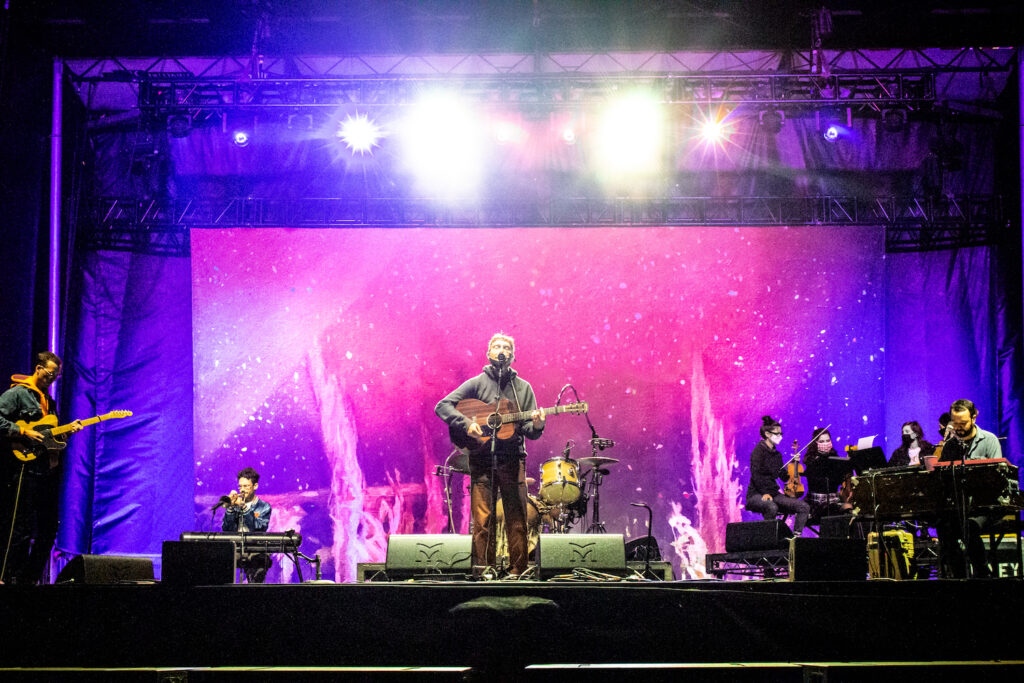 Toward the end of the show, Ehrlich goaded the audience into requesting a fan-favorite. “Does anyone in the crowd wanna scream, ‘Southern Nights’? We miss people asking us to play ‘Southern Nights.’” Ehrlich stayed behind the kit to close out the show with the folksy “Valleys (My Love).”

I didn’t go home covered in other people’s sweat, nor did I meet new people or dance with strangers. But I did experience the exhilarating rush of a concert for the first time since March. The show didn’t leave me with a hoarse voice or sore feet but rather with the sense that even a pandemic cannot kill the magic of live music.