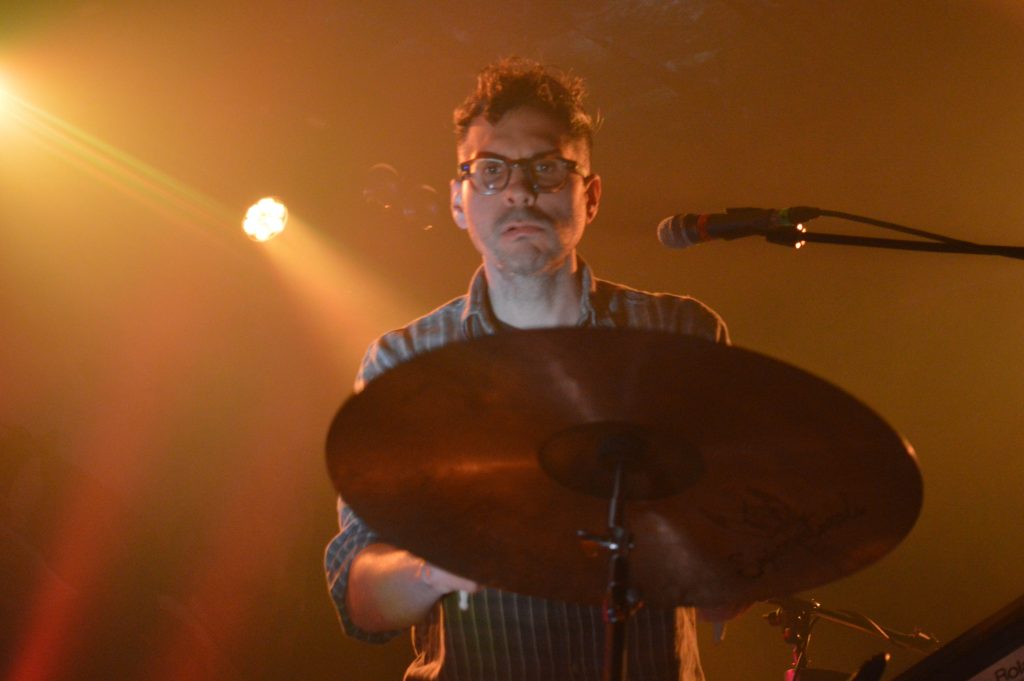 In front of a sea of baseball caps, wire rimmed glasses, and craft beers, the audience waited in anticipation for the post-punk band from Chicago, Lala Lala, to take the stage. Inside of the industrial-designed, exposed brick walls of the Bottom Lounge in Chicago’s West Loop, an indie rock band named WHY? was having a ten-year anniversary tour. WHY? is a band from the Bay Area with a lead singer whose stage presence is intoxicating. This tour was not only a ten year anniversary, but also a celebration of the reissue of their 2008 released album “Alopecia.” Which is an alternative hip-hop album filled with spoken words, powerful drumming, and a meaningful yet cacophonic mix of lyrics. 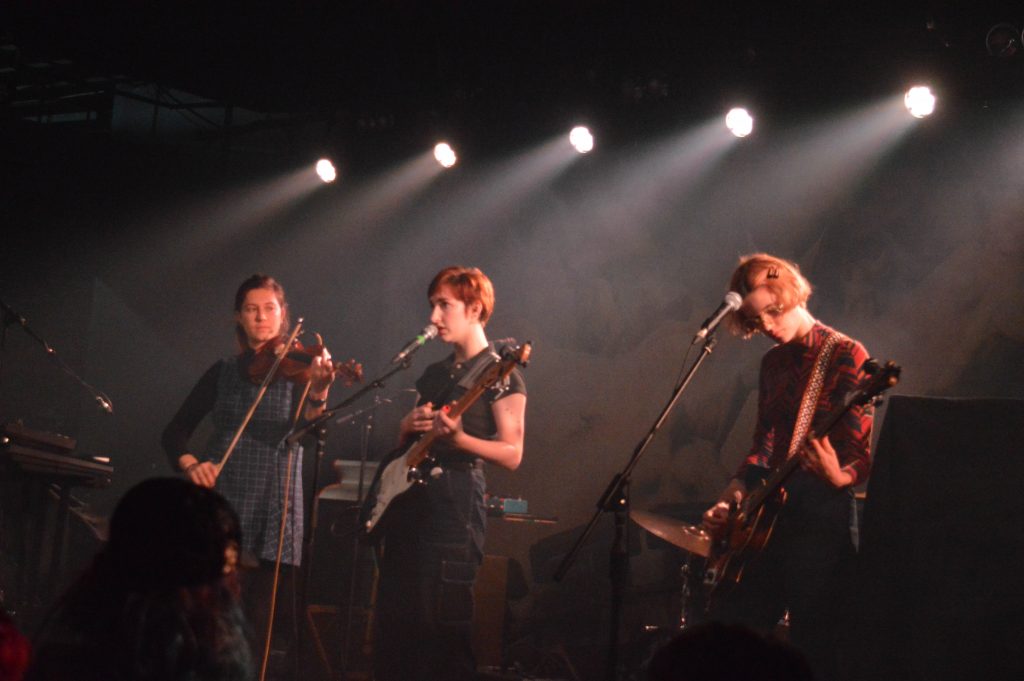 The Ophelia’s, an indie rock group from Cincinnati, opened the night. They’re fronted by four women who described themselves, in their prior bands, as the “token girl” of the all guys band. While wearing carpenter jeans and a turtleneck t-shirt, the lead singer, in an animated voice said, “Let’s get sad,” and the bright notes from the violinist began. Contrasting an upbeat, singer-songwriter sound with dark lyrics, The Ophelia’s captured the audience’s attention better than most openers usually can. 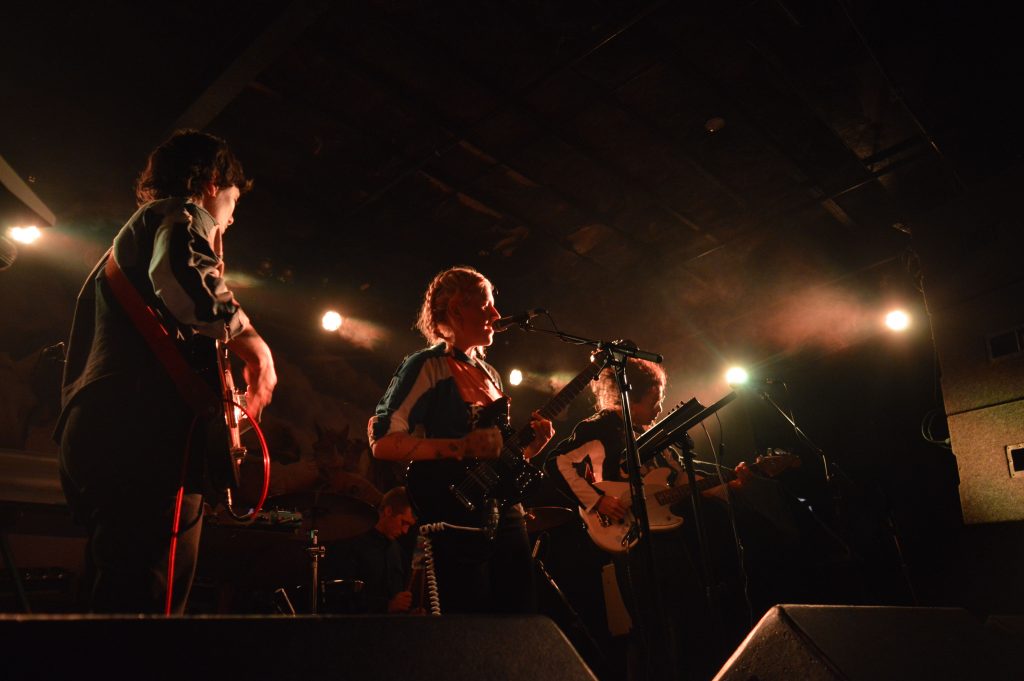 Soon after The Ophelia’s performance, Lala Lala took the stage wearing patchwork shirts, reminiscent of a Piet Mondrian painting, that included hot pink glow-in-the-dark squares. Without a word, the lights dimmed and the beginning chords to “Water Over Sex,” one of the tracks from their latest album release, rang out. Lillie West started Lala Lala, a Chicago-based dream-pop punk band, in 2015. This past September, they released their sophomore album titled “The Lamb,” which is a reflective album describing death, anxiety, and addiction. 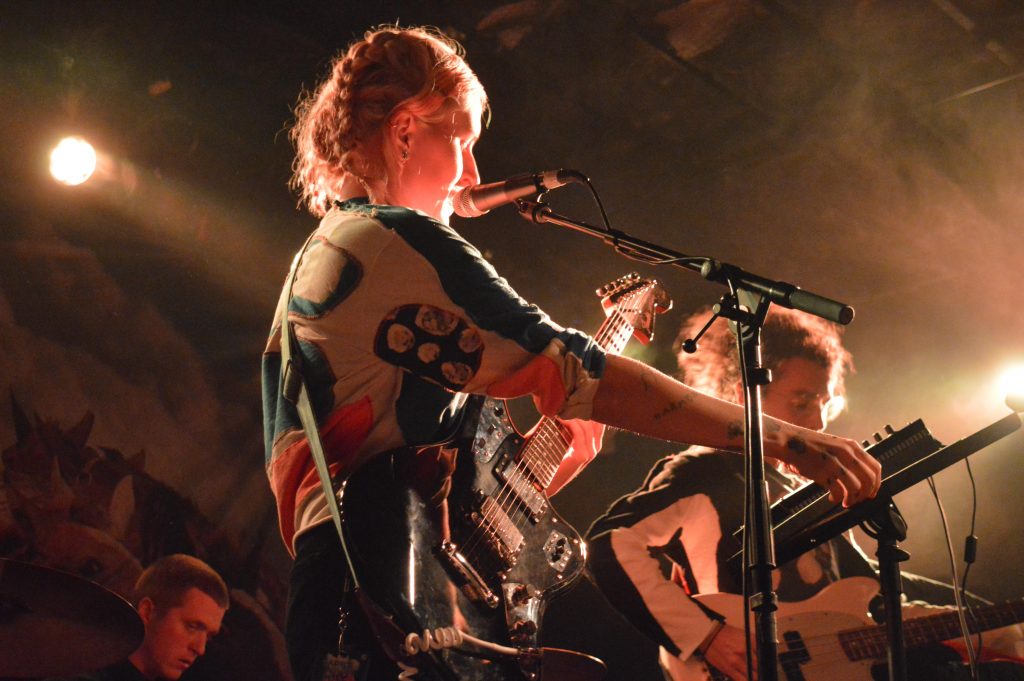 When the lights brightened and the quick bass drum of “I Get Cut” began, a switch seemed to flip inside of every audience member. Almost immediately the full body thrashing, foot stomping, and lyric belting began. Even with stern stage presences’ and tuning malfunctions, it was easy to see that Lala Lala was enjoying themselves. With a sound so unique to them, filled with slurring synths and ambient guitar, it was incredible that Lala Lala was able to replicate something so similar to that of their album.

A short break in between songs called for the rhythm guitarists to change, so that West could perform a song off of her first, self-released album titled “Sleepyhead.” After releasing “Sleepyhead,” West signed with Hardly Art, a record label that promotes emerging talent, and they helped her produce “The Lamb.” With a scream sung into the abyss, West crooned the lyrics to “Lala Song.” “I’m not even listening, I’m not even listening, You’re not even nothing, You’re not even nothing.” This chant gained momentum each time it rung through the crowd. West’s lyrics, concise and complicated, take a few listens before their deeper meaning illuminates itself. By the end of the song, each member of Lala Lala appeared exhausted, like they had just poured every ounce of emotion out onto the stage 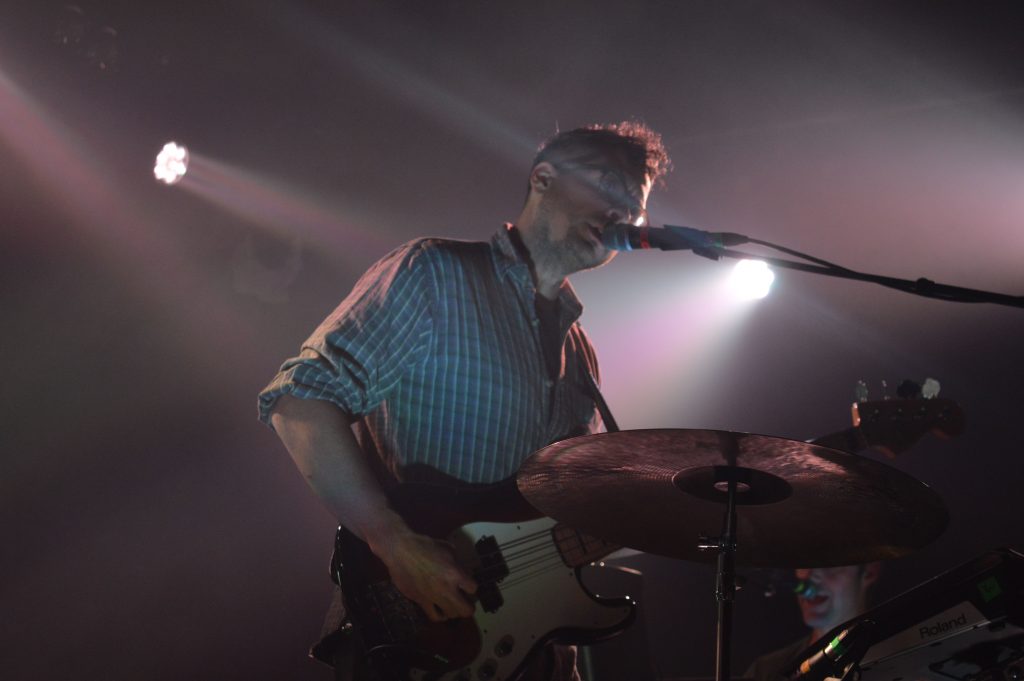 Once Lala Lala finished, while part of the crowd flooded out of the venue, and every WHY? fan from the back surged forward to claim the empty spots, I couldn’t help but think about Lala Lala’s captivating, raw, unedited stage presence. A stark contrast to WHY?’s in-your-face, high-energy performance, which made them a great pairing.