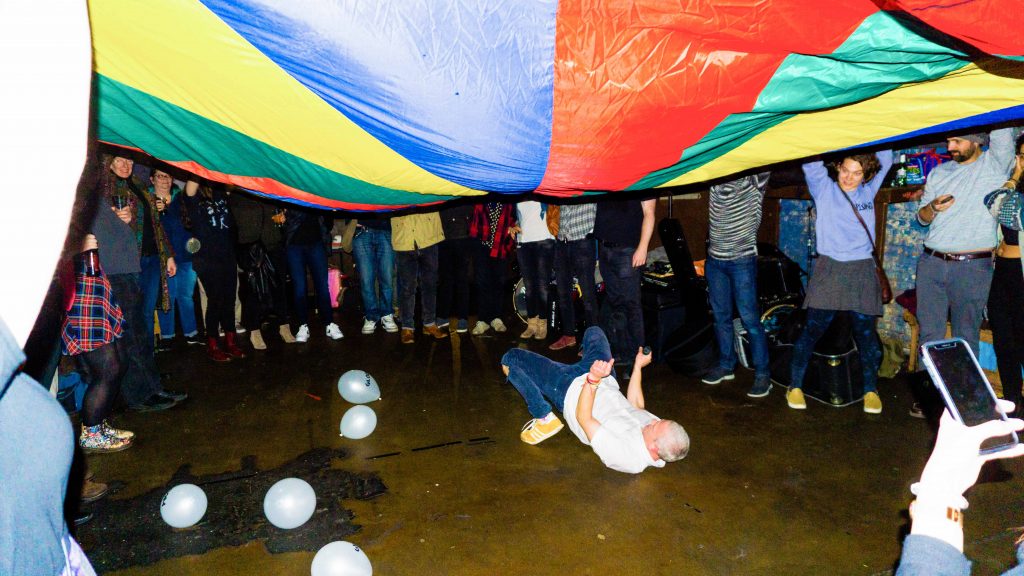 On a cold and relatively quiet Saturday night in Logan Sqaure, Chicago’s first Windy Popfest opened at the Burlington Bar. The bar provided a small and intimate setting you wouldn’t often associate with the words “music festival” but it was the perfect backdrop for the performances of the evening. In between sets, various DJs filled the space with melancholy yet upbeat tunes, which seemed to be a theme.

Chicago is home to a massive independent music community, encompassing pretty much any niche genre you could think of. Windy Popfest itself was a collection of independent artists across the US centered around dreampop, a genre that has gotten really popular in recent years. Dreampop is loosely derivative of shoegaze, but rather than muddy, distorted guitar tones creating a monotonous dirge, it opts for simple melodic lines in reverb soaked sound, or floating synth arpeggios weaving in and out of the mix. The sound has been popularized by bands like Beach House, Alvvays, Wild Nothing, and M83.

Girl Valley opened the night with some simple yet heartfelt and catchy singer-songerwriter ballads. Her new EP Eternal Picnic reflects her very stripped down sound, but has some subtly catchy choruses and clever lyricisms. Following her brief set, Avishay, a singer-songwriter from Brooklyn brought a little more energy to the space with his earnest power-pop. The next set also featured solo artist Kevin Hairs but had a little more punch thanks to some interesting, improvised beat loops off an iPad. His new release Freak in the Streets, available on Bandcamp or via cassette, features a full band, has some memorable songwriting. 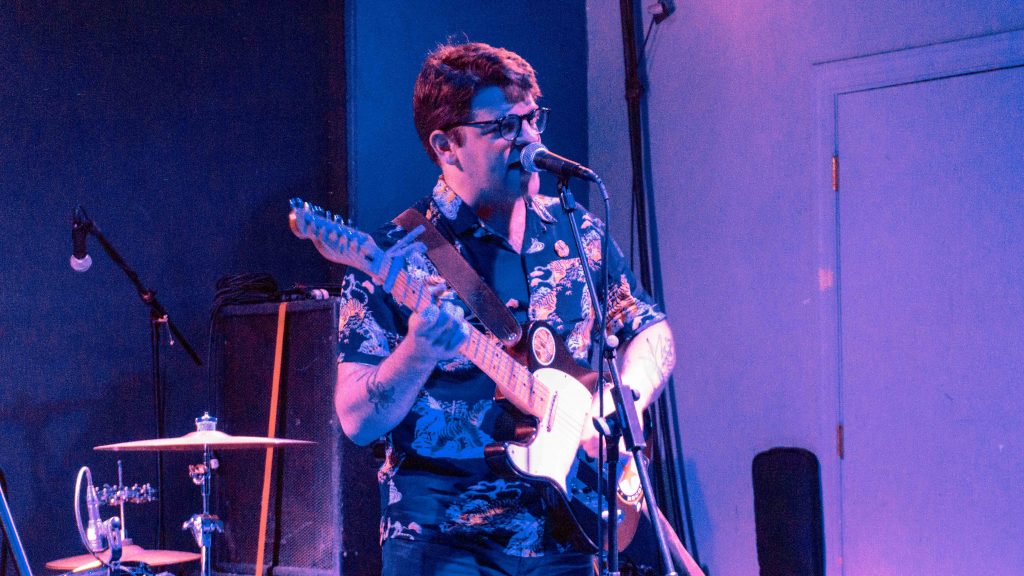 A local band, Star Tropics, played the first full set of the night and their jangle-pop sound was infectiously happy. Having a full band in the space immediately changed the energy, and the crowd seemed to grow quickly. Their bouncy guitar riffs and sunny sound were simple and fun, a reminder that music does not have to be complex or overly intricate to be good. 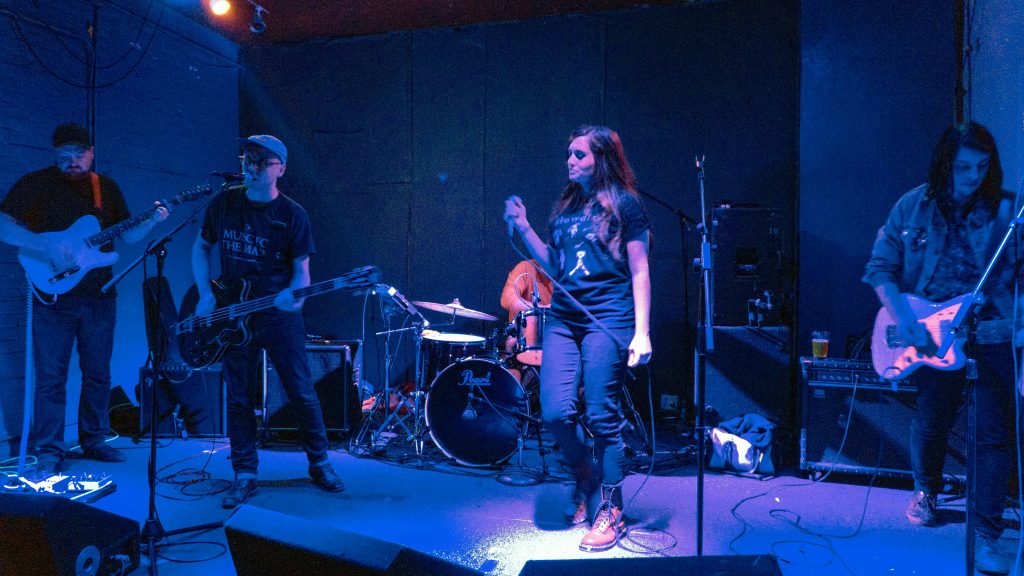 Everyone seemed to take notice of the stage setup in preparation for the following artist, Gloom Balloon. A blowup bottle of Miller Lite and an RV shaped tent sat in the corner as found footage from commercials played on a loop through the projector. After a couple minutes of this, the artist finally arrived, hopped on stage, and pressed play on his laptop. We were immediately transported into the absurdist world of Gloom Balloon, backed by choir of found sound samples and his own recordings. He spent most of the set sprinting around the audience and half-singing, half-imploring them to appreciate his stream-of-consciousness ramblings. It toed a line between unbearable gimmick and captivating performance art, and it was unsure which he truly intended but it was FUN. 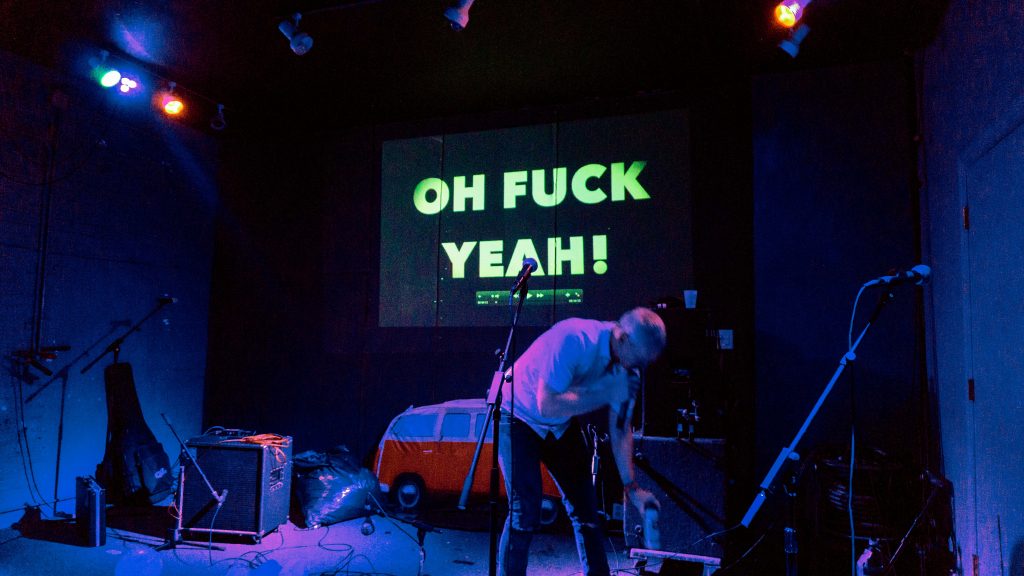 Panda Riot, another Chicago band rounded out the night with some cuts off their new, fantastic album Infinity Maps. Their performance almost felt choreographed but captured the exact same sound as their studio recordings, something I thought would be impossible. Definitely check them out if you are into dreampop, and keep an eye out for Windy Popfest in the future!