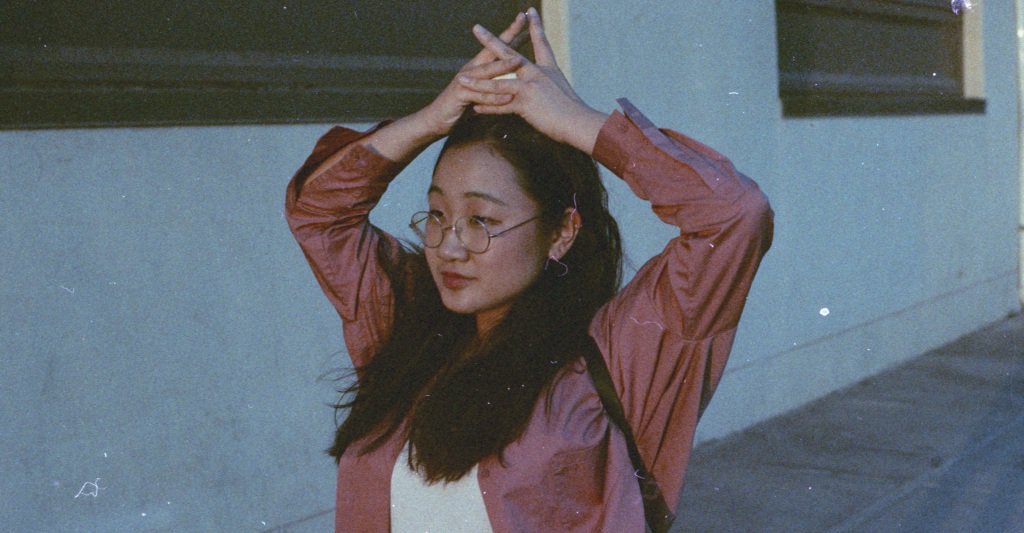 By John Martin and Max Totsky 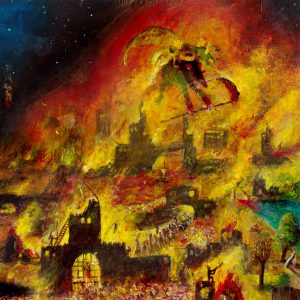 Armand Hammer’s latest is a whirlwind thriller, with lyrics so dense, every line on it practically begs for lyrical analysis. The duo are clearly skilled rappers, to the point where Rome winds up feeling more like spoken word than a pure rap album. Faced with the disorienting production on this record, tag team emcees Elucid and Billy Woods are forced to ditch the downbeat, inventing their own syncopated rhyme schemes, while staying wildly in command of their own flows. You can see this best in action on “Dead Money”, where the two trade lyrics laced with paranoia and discontent. The song closes with a fadeout, like their verses were cut from a longer session and they could easily sustain that mesmerizing lyrical complexity and intensity for as long as they wanted.

But if Rome couldn’t get more off kilter, the beats are pieced together from scratchy recordings, coarse bass lines, and grimy samples. It’s a sound so industrial, it’s hard to find modern parallels. That’s the thing about this album: it feels like an anachronism. Rome features some of the classic rap braggadocio and politically charged chants that you might find on a socially conscious rap album of the 90s (i.e. Mos Def, A Tribe Called Quest). Considering the modern landscape of hip-hop, this 2017 spin on past ideas could easily sound trite; however, in the capable hands of Armand Hammer, the album taps into the richness of its forebears without lifting their style entirely. Rome is carved out with a singular vision, a gritty exhibition of the New York underground.- John Martin 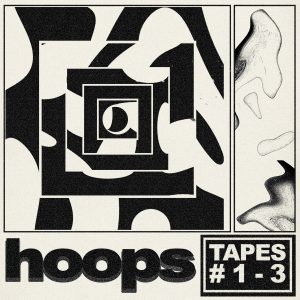 There’s something refreshingly nostalgic about Indiana based Hoops’ most recent EP collection Tapes #1-3. Fresh off their first major label LP Routines (and the band’s first time recording in a professional studio), this release takes it back to summer of 2016, where the band hit its stride with a run of three promising EPs. The album is Hoops at their beginning, efficient and delightfully hazy with the punchy percussion and slick guitar leads that drew me in the first time I heard them. Tapes #1-3 runs against the idea that an indie band has to transform the genre to deliver a memorable record. These 18 songs over 53 minutes are rooted in simplicity, each one structured to rope you in with a satisfying hook, then move onto the next. And even where the rickety haze and low-fi recording make their lyrics indecipherable, Hoops’ carefree sing-song melodies will get stuck in your head. It’s an album of sun-soaked tunes for a lazy Sunday afternoon.- JM 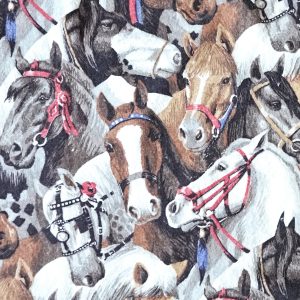 After hearing the winding bassline on their song “Keep Me Awake”, Posse had me hooked. With unornamented guitar strumming and soft tamborine, Horse Blanket is a six song EP that showcases how straightforward Posse can be. What makes Posse so potent comes in the form of their trademark sardonic lyricism, rooted in disaffected musings and blunt depictions of Seattle mundanity. Co-vocalists Sarah Maxim and Paul Wittman-Todd share the same dejected inflection when they sing, to perfectly match the tone of their words. They write lyrics to get lost in, wry and cutting, but captivating still (“You walked into the room/Such a stupid thing to do” for example). Even though it’s their final project together, it’s hard to call Horse Blanket a swan song. Posse closes off as it started: as jaded and aimless as their first two albums, sauntering at the steady pace of Jon Saltzman’s drumming.- JM 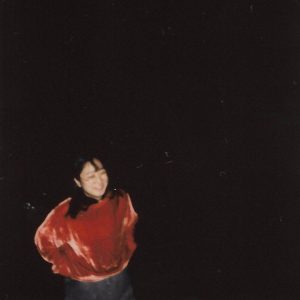 Yaeji’s first EP poised her as an idiosyncratic voice in house music not to be reckoned with, where she sings, whispers, and raps over wonky rhythms and fluid synth lines. In a soft departure from that sound, EP2 showcases her through a hip-hop tinged lens, like in the trap infused beat on “drink i’m sippin on”. Yaeji finds a way to put her own spin on her influences, like on “passionfruit,” where she distills Drake’s vibrant dancehall hit into something more subdued and atmospheric, guiding you with the sound of her breathy voice and the deep throb of the bass.

Yaeji spends the EP playing with language, switching back and forth between English and Korean mid-sentence, omitting words, or repeating them as she pleases. Granted, her lyrics don’t give way to any meaningful breakthroughs, but to a certain extent, they don’t have to. The album opener “feelings change” feels stream of consciousness, like Yaeji wrote the music and just let words flow out of her mouth on the spot. She’s “speaking like breathing,” letting her swagger just ooze out naturally. In doing so, she draws attention to the immersive chords underneath — her whispers are just vibey accompaniment. In my opinion, that’s what makes EP2 work so well. Yaeji has perfected that sound that made her stand out and curated every element on this project to intertwine and complement each other. But ultimately, EP2 is effective simply because it sounds cool.- JM 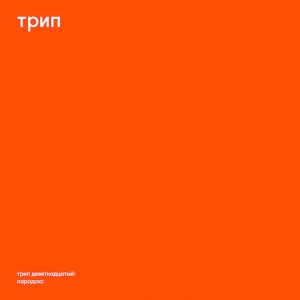 Finnish producer Aleksi Perälä creates techno music to zone out to on his latest double EP Paradox. With a microtonal tuning method called Colundi, these songs are based around ritualistic grooves, slippery synths, and undulating bass. Perälä uses a wide range of sounds on this record. “Gblft1740070” is a spellbinding track where glittering 8-bit tones cascade and arpeggiate over its entire run, whereas “Gblft1740072” counters that with sounds that resembles churning factory machines than Super Mario. Paradox is an album constructed with a conscious focus and attention to detail; however, on the listeners end, it’s best played in the background while focusing on something else. Perälä’s songs hover around five minutes, long enough to savor but not overstay their welcome, each an entrancing sonic journey of their own.- JM 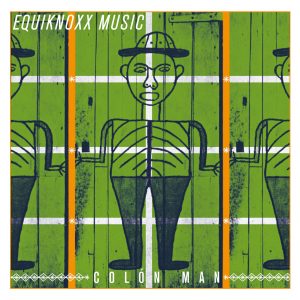 Dancehall is appropriated more than any other genre these days, but only an outfit as authentic and Equiknoxx could deliver such a full-fledged deconstruction. These songs are built around a usually small group of samples- wonky voices, springy synths, noises that don’t usually work their way into bangers like this- but they unfold with a firm grip on their own momentum. It’s usually subtle and doesn’t get as loud and bombastic as it could, but the best songs here keep going until your it becomes dizzying.- Max Totsky 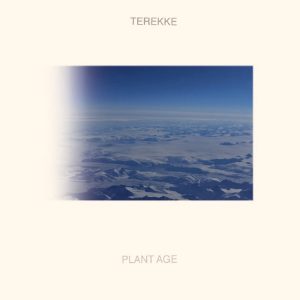 When labels like L.I.E.S. grasp their overarching vision, it’s always a glorious time. The curational grace that goes into constructing this extra lo-fi, disorienting ambient music seems to accept only the crispest auras and the most skeletal beats, but it doesn’t always stick out as much as Plant Age, the soft and absolutely mesmerizing realest from Terekke. Patience and subtlety always come in handy when constructing this type of electronic music, so it’s not surprising that this marinates as well as it does. When you let Plant Age sit in a room, it will soothe but not without showing you its complexities.- MT 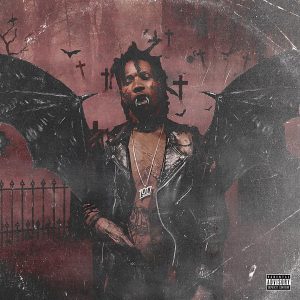 I saw Lil Pump yesterday, and you know how they usually play a healthy rotation of rap songs before a rap concert? They were doing that and it was slightly rubbing me the wrong way. They played not two but three songs by known child-molester 6ix9ine (I didn’t even know he had three songs) and at one point the DJ incited a chant of “FREE X!” as he launched into Xxxtentacion’s ‘Look At Me’, ignoring the brutal legal testimonies and multiple charges held against them. It didn’t make me happy about the place rap seemed to be. Then they played Lil Wop, and in that moment, I seemed to feel a little bit of relief. It didn’t completely numb the larger issue of fans making excuses for bonafide heinous acts, but hearing someone rap from the back of their throat so that their voice turns into some type of croak and somehow turning that into a banger gave me hope that rap could be revolutionary again, that it wasn’t veering into this pit of toxic and contagious aggression. There is literally nobody who has ever sounded like Lil Wop, and the fact that it works is a testament to his energy. I don’t even know how to describe it.- MT