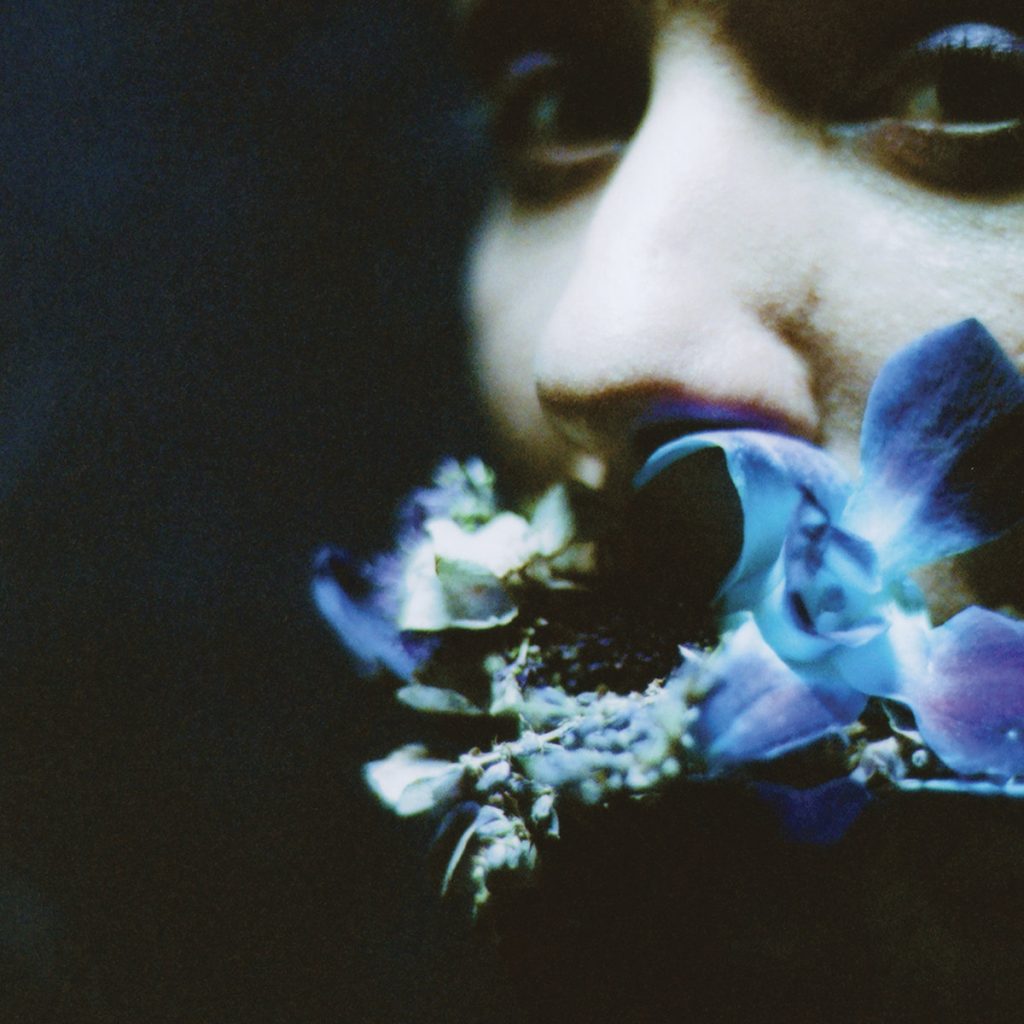 October has been over for a minute, but its spirit lives on! Here are its best releases.

It’s easy to make Haley Fohr’s voice the center of attention, but there’s a difference between the whimsical, (and slightly forgettable) music she creates as Jackie Lynn and the incessantly penetrating material that comes out of her Circuit Des Yeux pseudonym. When she commits herself to density, her bellowing, distinctively low voice transcends the initial shock factor that surfaces upon hearing it. It would be wrong to call instrumentation this dark and sharp “gentle”, but when it surrounds her voice, it feels like intricate ornamentation, the type that forces itself to step back. That being said, Reaching for Indigo is not an album that ties itself to any type of gimmick; it’s a statement by an artist who has chosen to live as art, to splatter herself onto every canvas with little to no restraint. – Max Totsky 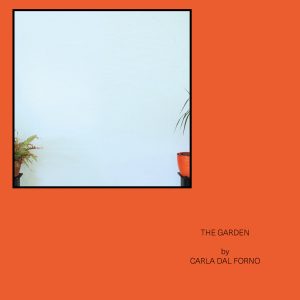 Deadpan dream pop goddess Carla Dal Forno has unleashed The Garden, a collection of cavernous hook-driven songs that simultaneously invite you in and scare you off. Her first album You Know What It’s Like, released in 2016, set her apart as an ambitious songwriter with a keen ear for ambient sound design; however, The Garden shifts the focus to Dal Forno as a singer, her voice lifeless, menacing, and lovely — all at once. The instrumentals read like funeral marches, showcasing her ability to craft spacious, palatial music while retaining her lo-fi sense of steadiness. Her music centers around droning bass lines and ceaseless drum machine grooves, like on “Make up Talk” and the commanding EP opener “We Shouldn’t Have to Wait”. But Carla Dal Forno’s ghostly alto cuts through the reverb-laced murk and looms above it.

The title track pays homage to Einstürzende Neubauten’s 1996 song “The Garden”. Dal Forno’s version takes root in the same enchanting energy of its namesake, with ominous psychedelic synths to match. As she describes, the garden lures her in and becomes her place of solace (“day and night, I’ll always be outside”), though she doesn’t “mind the sense of threat from it.” When she beckons “go outside, I’m outside,” she takes on the siren-like qualities of the garden. If You Know What It’s Like set an eerie foundation for Carla Dal Forno’s sound, The Garden expands the ideas and drives the mood darker. She’s forceful. She’s urgent. She’s downright scary. In an apt stroke of artistry, Carla Dal Forno has built an EP as alluring and frightening as the garden within it.- John Martin 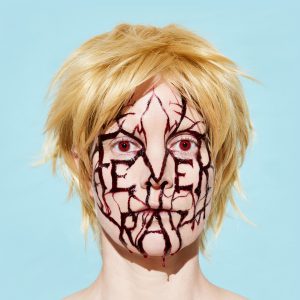 It’s hard to know what to expect after eight years of silence. Karin Dreijer Andersson never seems to fail to shift the entire dynamic of electro-pop whenever she commits to a project, but after her main squeeze the Knife fizzled out after 2013’s magnum opus Shaking the Habitual, I thought she might retreat into a sort of retirement. After all, 2009’s Fever Ray solo project seemed like something a one-off, an exploration of ideas that dodged the saccharine chaos of her past material into something subdued and pretty spooky. However, she’s back albeit in a very different form. Gone is the carefully curated minimalism, the obtuse metaphors, and the oozing, pitched down vocals of Fever Ray’s past. She’s about something much more charged now, the type of tell-all urgency that is usually reserved for sloppy, drunken exchanges with a hook-up you might have a bit too many feelings for. The screeching synths and reliance on the other end of vocal effect spectrum (piercing autotune specifically) hits you off guard at first, but when you notice how sustained the charisma is here as well as Andersson’s ability to ride the abstract and loopy production of Swedish mastermind Peder Mannerfelt, the album ends up being pretty fucking fun.- MT

A flame my love, a frequency- Colleen 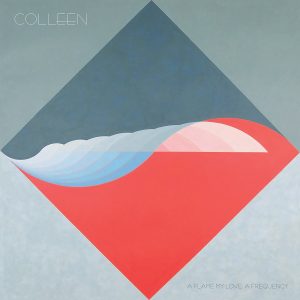 I’d take a wild guess that if you’re reading this, you remember where you were when you heard about the 2015 Paris attacks. I was in a science museum, at peak aesthetic indulgence, when the alert on my phone snapped me out of everything. I retreated, I mourned; it was impossible to know how to react. Colleen’s new album reflects this ambiguity, the challenge of living a life that is always walking in death’s shadow, vulnerable to tragedy at any time. It surfaced in the wake of her visit to her hometown Paris that just so happened to be on November 13th, the day of the attacks. It is hard for an album made of abstract electroacoustic landscapes to address the implications of this specifically, but the ambience is inescapable. These songs feel like they are constantly at risk of evaporating, bubbling under a despondent haze until they eventually give in and crumble.- MT 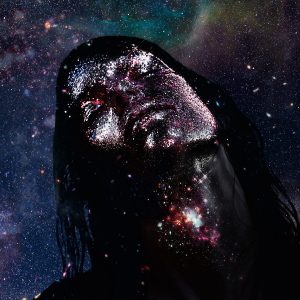 The Kid is a vivid electronic journey through Kaitlyn Aurelia Smith’s psyche and personal understanding of the world around her. With an arsenal of previous albums and projects under her belt, the Washington native has spent her career experimenting with her voice and a Buchla 100 synthesizer. Gilded by graceful waves of sound, the album is a guide through some of life’s most formative moments: birth, adolescence, love, and eventually death. Even though the album is formed from mechanical elements, Smith imparts so much color that they sound full of life, imitating running water, chirping birds, and even gusts of wind. Kaitlyn Aurelia Smith’s wispy voice — distorted and distilled — is used as an instrument, interwoven with the varied effects. Like Smith’s fluid transitions, the track titles form sentences, flowing from each song into the next. They serve as a guide for her narrative, but the story’s details are freeform, open to interpretation.

Each song is a soundtrack for a certain phase of development. Carefree dances early in the album represent formative years (“I Am Consumed”), whereas weightier, contemplative songs toward the end carry the wisdom of someone who has experienced life and is comforted by its end. The last two tracks “I Will Make Room for You” and ”To Feel Your Best” are a story of learning how to commit yourself to something and learning how to give it away. To that end, The Kid portrays life in its most emotionally raw sense, heavy on feeling and light on detail. Relatable and thoroughly engaging, this is an album anyone can understand.- JM 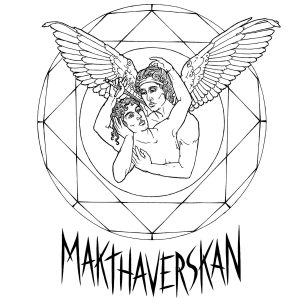 When it comes to music-blog buzz genres, “dream-punk” is one that caught my eye in the wake of Norwegian group Makthaverskan’s 2013 sophomore album, and I’m glad it did because that thing was the shit. Heavenly, energetic, furious catharsis spearheaded by frontwoman Maja Milner’s powerhouse vocals singing sweet tunes of longing and emotional struggle? Sign me up! III is basically a sequel. The sound is a bit less rough around the edges, their strides have become more forceful, and while the highs are a bit lower, the thing is grounded in the same type of luscious brilliance that won me over in the first place.- MT 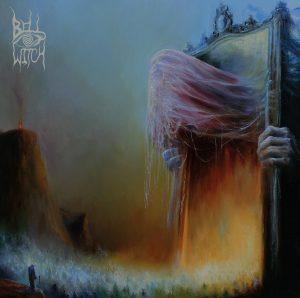 If you want to read something sad, read any interview with funeral doom outfit Bell Witch promoting Mirror Reaper. This record was scraped together in the wake of their ex-drummer Adrian Guerra’s death, using snippets of his voice to create some sort of reflection on mourning and moving on. And holy smokes, this album is as harrowing as it sounds. It plods along in a single 83-minute stride, leaning almost exclusively on low frequencies- growls, extended bass notes, battered down drums- to the point where after listening to it for a while you feel engrossed by a persistent raincloud. There are no crescendos, there is no wow-factor; just a single emotion that grows not because of any transformation but because when you stare at hopelessness for long enough, something else emerges. It’s hard to tell what that thing means, but it’s fucking potent.- MT 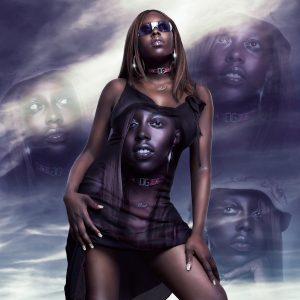 I can’t really gather the words to describe the feeling Tommy creates. It’s an experimental electronic project that concerns itself primarily with thickness, piling on atmospheres so robust yet so close to toppling over onto themselves. The backbones of these songs are hard to put your finger on but they exist; sometimes they come in the form of vocal samples so manipulated that they almost become bloated and sickening, and other times the aura is product of loopy, unsteady piano or dusty field recordings. Its presence is never undermined though, even if the melodies are barely there and there is absolutely no rhythm. There’s something eerie about its restraint, but at the same time this “restraint” is by choice; it would be absurd to imply that there’s something holding this project back.- MT

I Tell a Fly – Benjamin Clementine 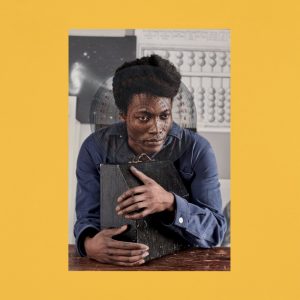 British multi-instrumentalist Benjamin Clementine’s electrifying second album I Tell A Fly is an unpredictable journey through scenes of cultural history and his personal life, reimagined from the point-of-view of two flies. He explores themes of eclecticism and otherness, fusing elements of prog rock, classical music, avant-garde, and even as far reaching as tango. Untethered to a certain genre, Clementine forges his own out of elegant harpsichords, booming drums, and his otherworldly, complex lyricism. Benjamin Clementine designs his songs to be disarming. “Farewell Sonata” is a romantic piano ballad with delicately placed swells and warbles, but quickly mutates into a rock anthem that sounds like it should be played in a stadium, not a concert hall. But with Clementine, he can emote like Queen and dazzle like Mozart in a single song, and still sound distinctly his own.

He weaves theatrics in with beautiful ease and control. It’s in his deep, bellowing, operatic voice. It’s in the way he rolls his “r” in the word dragonfly. It’s in his mercurial changes of scene and tone. Piano notes cut like daggers on “Phantom of Aleppoville”, but soothe like aloe on “Jupiter.” Songs about childhood bullies brush shoulders with ones about the causes of war, showing the commonalities in the human experience. Though it’s wide ranging in subject matter and style, I Tell A Fly feels comprehensive and wholly unified by Clementine’s captivating presence. In this timeless, genre-bending exploration of life, he steps outside of convention and pieces together yet another mindblowing album.- JM 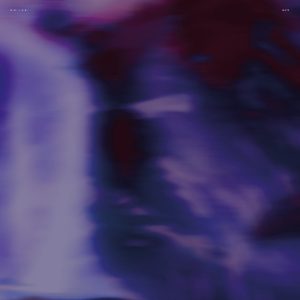 Suzanne Kraft’s work sounds like high end elevator music sometimes, the type of stuff you’d expect to hear in a some sort of neo-futuristic spa looking at a skyline on the 70th floor of some glass building in the soup of dusk. His solo work has been some of the most stunning, relaxed electronica in recent memory but here he teams up with Dang-Khoa Chau for something just as streamlined. These melodies, as frail as they are, slyly wrap themselves around you as they progress, keeping the grip loose enough for you to breath, but tapping into something inescapable at the same time. It’s a natural pairing and the music is as smooth as you’d expect.- MT 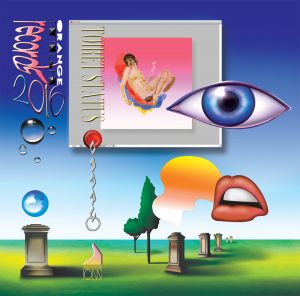 There’s something about glitchy-ass electronic music that practically begs to be called a “deconstruction” that really gets me hype. It happened last year with DJWWWW’s lowkey landmark Arigato, and its happening again here on this energetic full-length by Japan’s elusive Toiret Status. These songs are basically hypercharged sketches that seems as uncertain about their trajectory as you are, but the surprises keep coming and rarely disappoint. This project hits a plethora of thumping grooves, and each one is a sinister balance to the high-strung vocal samples that wind around the track. It’s a journey for real.- MT