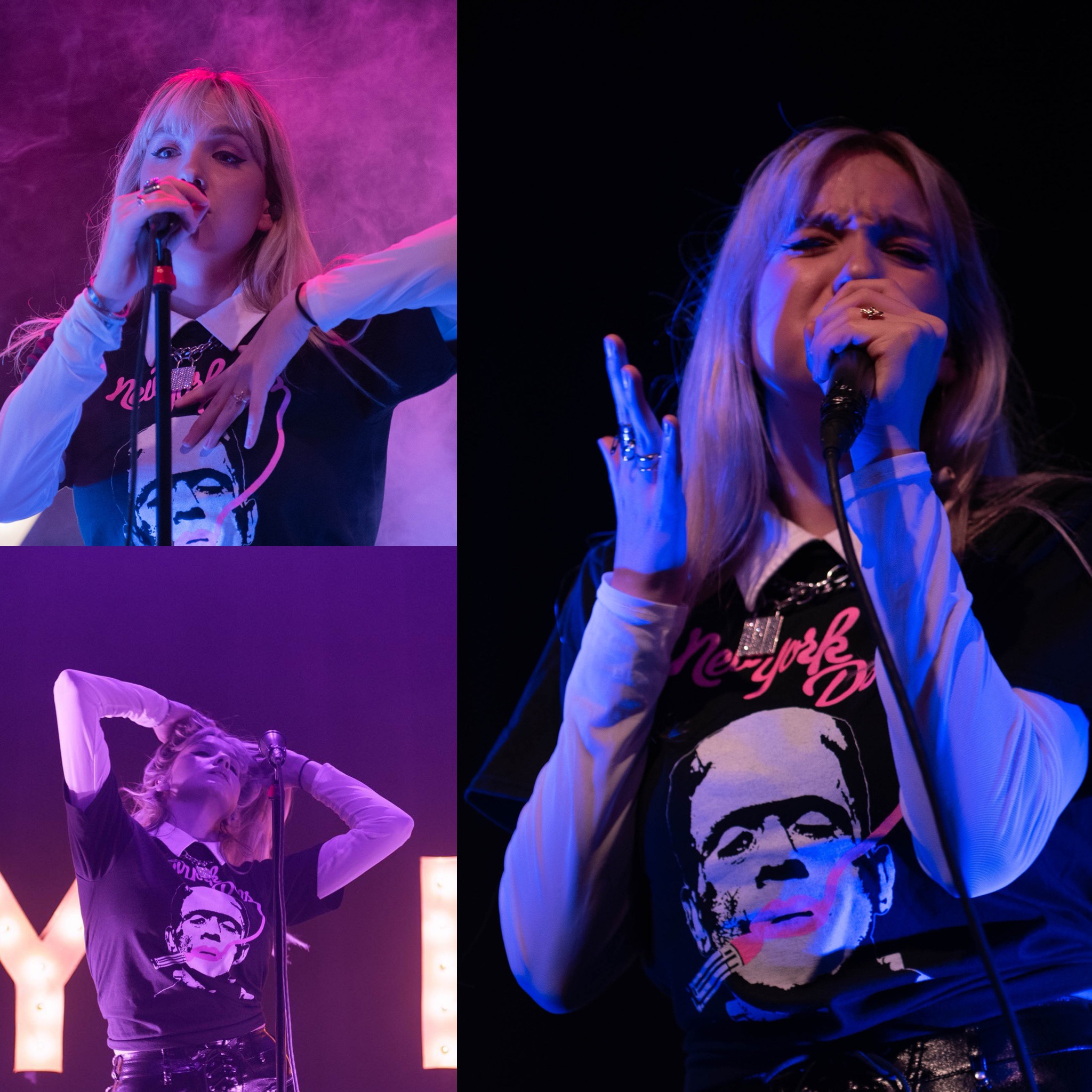 Words and photography by Rachel Kupfer

Performing under her stage name XYLØ, the 25-year-old has had a wild ride since her entrance into the entertainment scene roughly seven years ago. That was when she started collaborating with her older brother, Chase, who asked her to provide vocals for songs he was producing.

“It was just a hobby for me,” Paige told WNUR-FM in July. “I knew that I could sing, sort of.”

Then, in 2014, the pair signed on to create the music for a Kendall and Kylie Jenner clothing line commercial. Just two weeks later, the track had almost one million hits on YouTube.

The duo officially became XYLØ soon after, and their debut EP, America, came out in 2016. After working with The Chainsmokers to create “Setting Fires” – which earned a platinum plaque for selling one million units – and releasing more singles here and there, it seemed like XYLØ was on the fast track to pop stardom.

But in June of 2018, the brother-sister team mutually decided to split. Paige continued her work with XYLØ and Chase moved on to pursue his own projects. Instead of backing down from the challenge of pursuing a solo career as a female musician, Paige instead found the experience empowering.

“I actually think everything happens for a reason, and I’m glad it’s working out the way it did,” she told Billboard last June. “I still just want to release music.”

She has since cut ties with Disruptor Records, a label under Sony Music Entertainment, and moved to independent label Pretty Records. With a newfound confidence, she said the last year has allowed the XYLØ project to return to the aesthetic she had originally envisioned. While still working with her brother and a major label, she had grown tired of compromising her authenticity.

“I think it’s great for a girl, doing it on your own and coming into her own. I’ve learned so much,” Paige said. “Finally, as a singer, it’s my voice and who I am.”

As for deciding definitively who she is and what she wants, Paige said she’s still in the process of figuring that all out. The experience, in fact, has provided inspiration for a lot of her music.

After attending the Chicago stop of her first headlining tour at Chop Shop July 27, it’s obvious to me that her songs – about self-exploration, love and the angst of growing up – have touched a lot of fans. Though the small Wicker Park venue wasn’t nearly packed to capacity, members of the audience sang along word-for-word.

It was clear that fans hadn’t bought tickets that night to see any random concert. Instead, they showed up specifically for Paige, who has inspired them with her honest and soul-searching lyrics – particularly the tracks “pretty sad,” which was also the title of her first solo EP, and “the end,” from her most recent yes & no EP.

“I like to talk to a lot of the people after the shows, hearing stories and what they’re going through right now, and that ‘this song has helped me so much,’” Paige said. “That’s the whole reason I do this. It’s crazy that the stuff I write in my apartment relates to people so much.”

With her tour reaching its conclusion earlier this month, the future is looking up for XYLØ. Grateful that she even has enough fans to do a headline tour, she told WNUR that she’s trying to enjoy every moment as much as possible.

Even so, work will soon begin on her third solo EP, with the goal being an October release date. As for her debut album, that might take a little longer. Paige wants to grow just a bit more, first.

“That album is something that’s so special to me,” Paige said. “I want my first one to be perfect.”