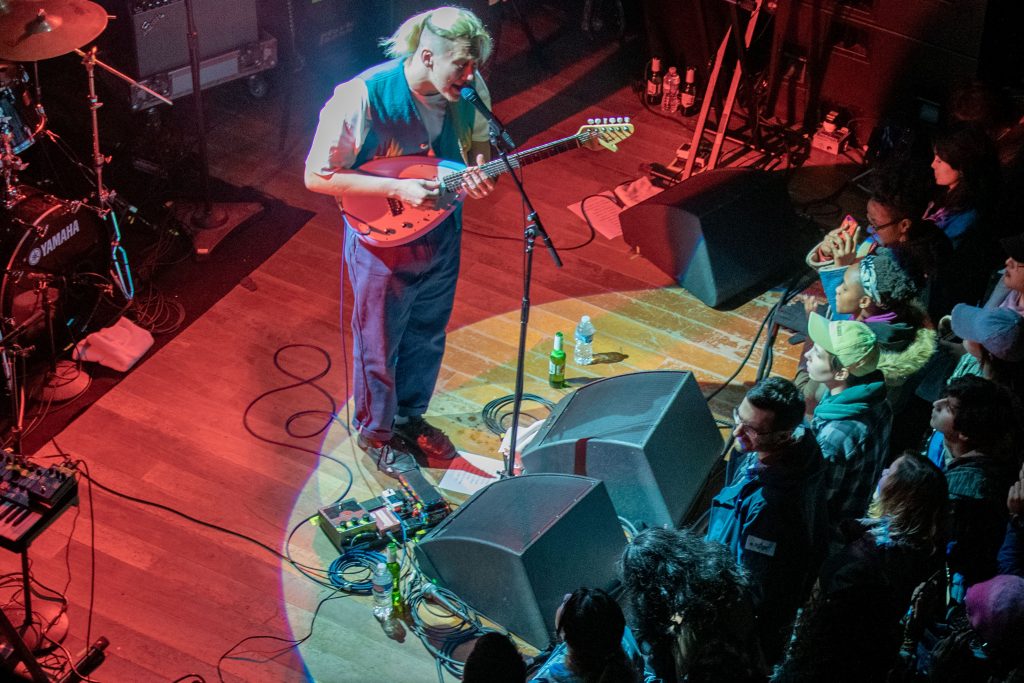 As individuals packed into Lincoln Hall on Monday night, all were unsuspecting of the utter astonishment they were soon to witness. With an audience connecting to the music while experiencing slight unfamiliarity, it’s safe to say that Yellow Days brought forth an unforgettable appearance. With nine songs on the setlist, Yellow Days won over the audience once again with an encore. 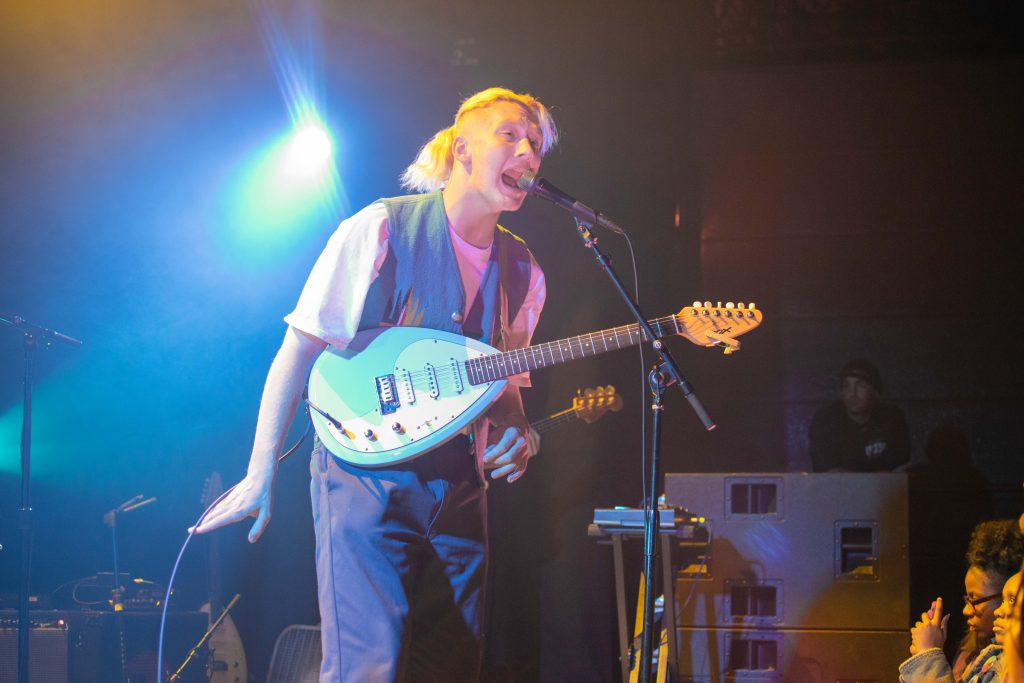 However, the audience seemed to be most engaged by the artistic choices made by singer George van den Broek, drummer Milo Goldsmith, bassist Hector Delicious, and keyboardist Oliver Cadman. Allowing their emotions to guide them, the musicians varied the tempo, intermittently slowing for a deeper effect, and speeding up to increase the audience’s energy. Similarly, lead singer Broek intermixed his personal taste in which he lifted the pitch of his voice with the end of each phrase. With the combination of of each individual’s artistic input, an intimate sound was created that Yellow Days and the audience alike knew would forever only live in that moment. 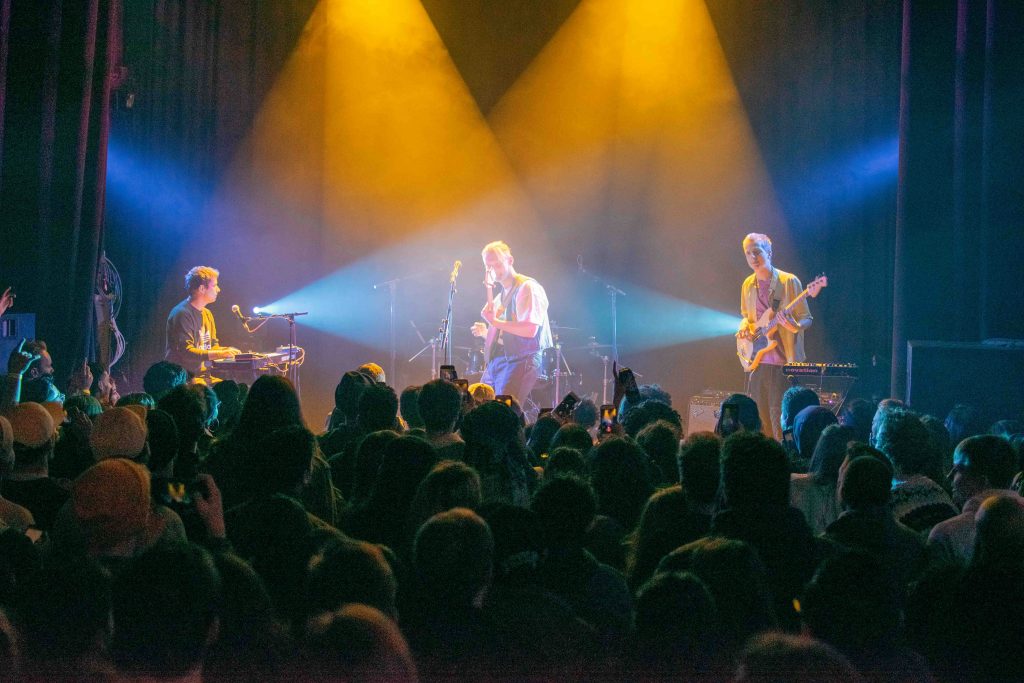 Another incredible aspect to Yellow Day’s performance Monday night were the visual effects that accompanied each song. Depending on the mood, colorful lights would shine a pleasant mix of warm and cool tones, reflecting ambient vibes of mellowness and energy. Similarly, smoke would become visible through colorful beams of light and add to the visibly pleasing effect of the performance. 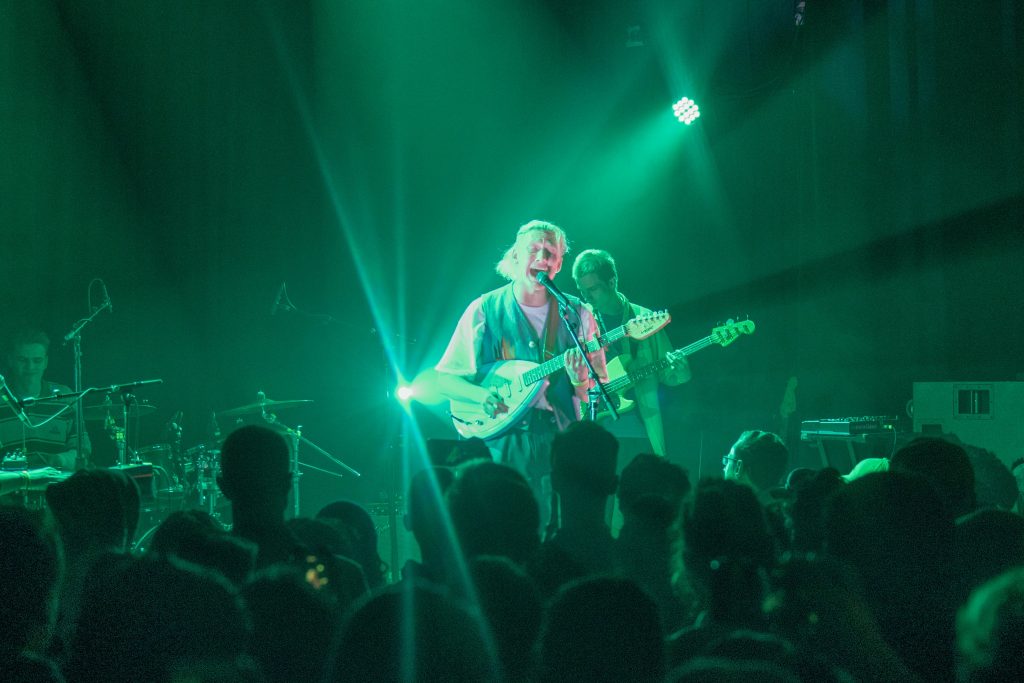 After Yellow Days performed, the crowd roared for an encore and the musicians returned to the stage with intent to unite the crowd in melody. They proceeded to execute Etta James’s ‘I Saw The Light,’ with the classic Yellow Days hypnotically beautiful flair. The cover itself provided an intimacy that allowed the audience to feel as if they were with Yellow Days in a practice session.

Furthermore, Lincoln Hall itself proved to be an impressive venue. With seats lining the upper balcony and ample floor space below; there was it was impossible to have been in an inconvenient spot. 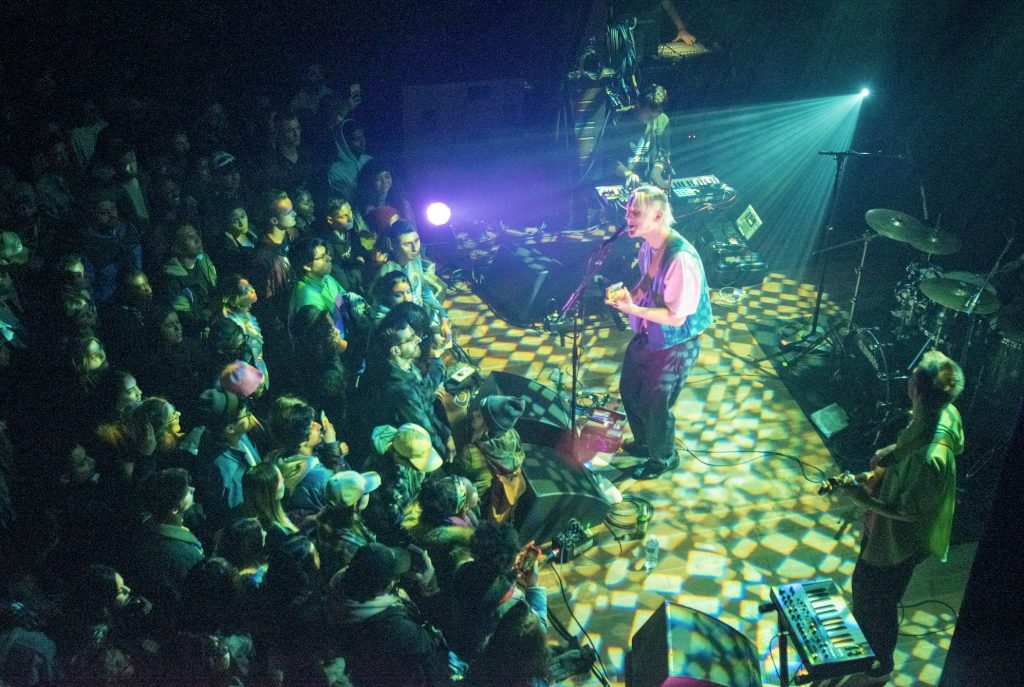 Given the energy of the room, it’s safe to say that Yellow Day’s put on an unforgettable experience in Lincoln Hall.